The Cost of Misinformation: How Trump Changed the Rules of the Game, and What Comes Next

Eugenia Perozo examines the events leading up to the 2020 presidential election and its aftermath – with the rise of covid-19, what does a new era mean for the United States, and the world? 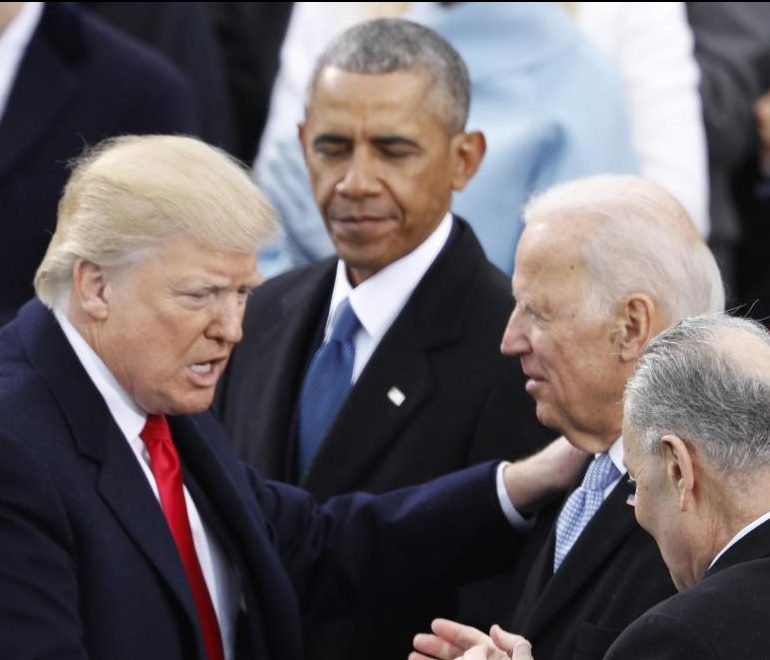 On November 7th, while the streets of New York were roaring with joy and relief, Anderson Cooper asked Van Jones what his thoughts were. Between tears, he replied, “It’s easier to be a parent this morning.” The gravity and importance of what had just happened shone through the anchor’s words, as he explained how “it’s easier to tell your kids that character matters, that truth matters, being a good person matters.” The previous three days had had, not only the whole country, but the entire world glued to their screens, trying to understand the Electoral College and why Nevada was so important. Something clearly hung in the balance. To understand what exactly this was, we must first look at how we got here.

When Trump won the 2016 presidential election with 306 Electoral College votes, the world stood still. The US had long been a beacon of progress. A place where a man who could not sit where he wanted on a bus fifty years previous could now be the leader of the free world. While that is not to say that the American system was rid of racism with Obama, it was a one more step in the uphill battle. And then, with what felt like one fell swoop, none of that seemed to matter. A country that was founded by people fleeing religious persecution now had a leader who, within the first 100 days of his presidency, instituted the infamous ‘Muslim Ban’. After that, there was the attempt to repeal Obamacare, another Republican promise that seemed to fail time and time again after multiple legal battles. Then, there was the infamous wall that remains incomplete. While a lot of his policies will cause long term damage, especially those regarding climate protections, we must ask, was that the intangible thing that made us hold our breath while news’ anchors counted states? Policy decisions that could be overturned if Democrats won more elections? Yes and no. Bad policy decisions and their consequences were at stake, particularly after witnessing what the real consequences were for the past four years (such as children being separated from their parents at the border). But the U.S. elections in 2020 were bigger than that. Bigger than any policy decision and bigger than one country alone.

Why is this so important? What did Donald Trump fundamentally change? Put simply, he changed the rules of the game. The parameters in which politics functioned before 2015 were thrown out the window. It’s true that in many other parts of the world this diplomatic playbook was already being disregarded. Even before Trump, politicians using inflammatory language and making false claims was not a novel concept. However, when this happened in the U.S., there appeared to be some degree of consequence. Scandals were undesirable because they came at a political cost. When Bill Clinton lied on national television, that came back to haunt him. He later had to publicly admit that it was a “personal failure on [his] part for which [he] was solely responsible.” Apart from scandals, there was at least some room for respect amongst politicians and for the constituents they served. Presidential candidates even defended each other, like in the 2008 presidential campaign when McCain defended Obama against racists comments from his own supporters.

And then, Trump came in and changed the rules of the game. He brushed scandals off his shoulders like dandruff and continued to have a huge supporter base. But, to play by their own rules, Republicans had to write their own truth. This was the sacrifice that they made by making Trump’s outrageous demeanor permissible. They sacrificed any sensible degree of objectivity and truth because it started to look like Trump could truly win. A Republican president in the White House came at the cost of an objective reality, and Republicans took that bargain.  As historian Anne Applebaum explains in her book The Twilight of Democracy in a chapter about the ‘Cascades of Falsehood,’

“the old newspapers and broadcasters created the possibility of a single national conversation. In many advanced democracies, there is now no common debate, let alone a common narrative. People have always had different opinions, now they have different facts.”

While it is true that the rise of the information age and social media created the tools for this, Trump’s administration has capitalized on it from day one. It started with smaller scale lies. The size of the crowd at his inauguration, for example. But in the span of four years, this escalated to secret phone calls with foreign powers, to negation of climate change, to saying disinfectant could be used to treat Covid-19 to now claiming that what the coordinators of election cybersecurity called the “most secure election in American history” was completely rigged. For a lot of Americans, two plus two equals five and war equals peace as long as Trump tweets it. Misinformation has become the new normal.

As it tends to happen when the news becomes repetitive, this new politics became background noise. A political arena raw with personal insults, derogatory comments, dodgy transcripts, nepotism and bright red hats was not a novel concept anymore, it was just life.  Maybe what allowed many people to keep going was their faith in democracy. The knowledge that there would be a chance to vote him out, and there was. Trump did get voted out. But, before any of that, the world changed. Months before there was even a chance to trust the electoral process, restaurants stopped paying their light bills, and empty busses passed through quiet, once buzzing streets. The U.S. has had almost 300,000 deaths from Covid-19 at the time of writing this article, making them the largest contributor to the worldwide death toll. The consequences of fabricating truths are not just warnings in a tweet about disputed claims anymore; the consequences are millions of lives lost, and millions more affected for decades to come. On top of that, the world economy is entering a recession; we are seeing the consequences of climate change exponentially, and uncertainty has become the new mindset.  There has never been a time which necessitates more leadership from one of the most powerful nations in the world.

The morning of November 7th. Biden won. Stock markets hit records highs. Days later, the long-awaited vaccine appeared. After months upon months of living in this new normal, of being mentally exhausted, the American people finally got a glimpse of the light at the end of the tunnel. This is not to say that this was good news for everyone. Especially in regard to the U.S., Trump still got 74 million votes – those people did not just disappear, and this was no reason of celebration for them. But there is still reason for hope. In times like these, optimism and hope, however delusional they may feel, seem to be our only options to keep going.

Now, as we near a new year, we have to wonder, what’s next? How do we move on? Biden’s inauguration on January 20th is likely to set the tone for 2021. He has already promised that he will roll out 100 million vaccines in his first 100 days. His economic team has already set out a public focus on tackling climate change through policy. For countries around the world, especially their European neighbours across the pond, this may come as a relief. A paramount ally in the fight against Covid-19 might finally get in line with the unified attempts from the rest of the world. However, there are aspects of the Trump presidency that will not disappear overnight. The great challenge will now come in unifying the American people, millions who view practically all major news outlets as the fake media and truly believe in the ‘deep state.’ The seed of distrust that Trump planted and flowered for years is still alive. It is going to take more than a Democratic win to reinstate respect for one another and respect for the truth. In looking forward, American politicians must reach across the aisle to create a unified effort against this virus and demonstrate that some of the American idealism that inspired the world before was based on something real. They must accept, together, that two plus two does not equal five for the sake of their democracy and their people.

Eugenia Perozo is a first-year PPE student from Venezuela.