J.K. Rowling controversy – Can we separate the art from the artist?

Meera Eldridge explores the tweets that saw author J.K. Rowling under fire and whether we can disagree with her views but still enjoy her art. 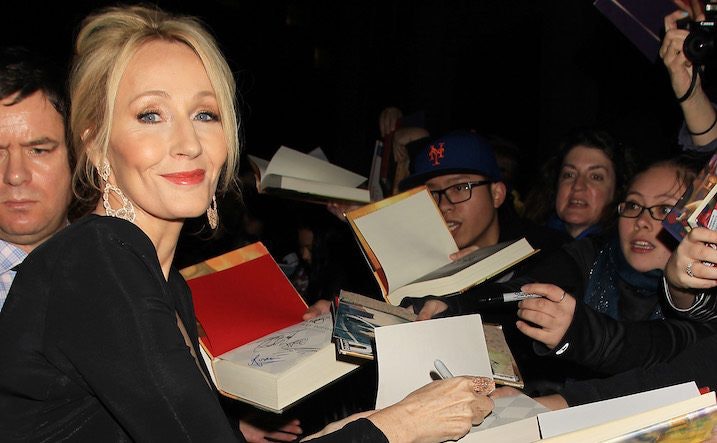 Following J.K. Rowling’s summer of controversial comments, and the release of her latest novel Troubled Blood, the age-old question of whether art can be separated from the artist has arisen once again.

Rowling first came under fire for transphobia in December 2019, when she tweeted her support for Maya Forstater, who claimed that “men cannot change into women”. In June 2020, Rowling criticised the term “people who menstruate”, and tweeted “if sex isn’t real, the lived reality of women globally is erased”.

Rowling’s difficulty in separating sex and gender is an unfortunate one. There is no legitimate claim that biological sex is not real. Gender, on the other hand, is a social construct and changes its meaning throughout time. For most of history, gender and sex have been seen as synonymous and used interchangeably, but gender is more fluid than the binary set of male and female. Rowling’s failure to acknowledge this distinction between sex and gender harms real people’s lives. One transgender fan wrote, “the author we had looked up to for so long had shown, finally, that she was no fan of us”.

Actors in the Harry Potter franchise such as Emma Watson, Daniel Radcliffe, Rupert Grint and Eddie Redmayne condemned Rowling’s comments. Radcliffe declared, “Transgender women are women. Any statement to the contrary erases the identity and dignity of transgender people”.

LGBT organisations also criticised Rowling’s remarks. GLAAD tweeted, “In 2020, there is no excuse for targeting trans people”, whilst Mermaids, a charity for gender non-conforming children, released a statement warning against the “damage being done to vulnerable people by the nature of this polarised, misinformed ‘debate’”.

Such ‘debate’ has been highlighted through the proliferating use of the term ‘TERF’ (Trans-Exclusionary Radical Feminist), which refers to people who use the feminist fight against the patriarchy to argue against trans rights. Following the criticism she faced, Rowling released an article on her website in which she confronted the accusations of her status as a TERF, and attempted to justify her claims about trans people.

This same article reveals that Rowling was a victim of domestic abuse and sexual assault, and her arguments are based on the threat to safety that she believes trans women pose. She argues, “When you throw open the doors of bathrooms and changing rooms to any man who believes or feels he’s a woman […] then you open the door to any and all men who wish to come inside”.

Rowling’s argument stereotypes trans women as predatory. While women’s rights surrounding domestic and sexual violence is of the utmost importance, trans women also need to be included in this fight. In 2019, 27 trans people were killed in the US alone, with trans women of colour being disproportionately affected.

There is no denying that Rowling’s comments are problematic and harmful. But are we allowed to continue enjoying her work? Can we separate the art from the artist?

Some Harry Potter fans have said we can; her novels become ‘authorless’. The Harry Potter franchise seems to be a story of inclusion, a unifying and courageous fight against injustice and bravely standing up against a corrupt government.

But no piece of work is inherently authorless. Everyone is shaped by both the environment around them and their own individual life experiences. As such, the content that is created is a result of these experiences.

If we delve into Rowling’s art, we can see it reflecting some of her controversial and harmful opinions. She has recently been criticised for a cisgender male character in her most recent novel, Troubled Blood, who is a suspected murderer and dresses up in women’s clothes to get closer to his victims. Although the character is not referred to as trans, these characteristics again portray trans people as potentially predatory.

Before the transphobia controversy, it was also pointed out that there is a significant lack of well-written characters of colour in the Harry Potter series. Those that are present at the forefront of the series, such as Cho Chang, have inarguably unimaginative and thereby racist names. It was only after a black woman, Noma Dumezweni, was cast to play Hermione in the play Harry Potter and the Cursed Child, that Rowling revealed the character could be interpreted as black. Rowling also declared that Dumbledore was gay without any references to this throughout the novels. For some, this revelation seemed like a throwaway attempt at diversifying her characters. People have even suggested that the goblins that are found in the Harry Potter series are an anti-Semitic portrayal of Jews, due to their physical descriptions and their control of the banks.

Evidence like this shows that separation of the artist from the art is impossible, especially in Rowling’s case. In her article, she admits that she first became interested in the trans community to better understand the character of Robin Ellacott, a female detective from her Cormoran Strike series, as Rowling wanted to be aware of the current issues facing a cisgender woman living in the 2010s.

As a result of the controversy, Rowling has received a hurl of online abuse. Many who attack her do so under the belief that they are tearing down a woman who could have a dangerous influence over her followers. Rowling has over 14 million Twitter followers, so her transphobic remarks could have the power to possibly encourage young people to blindly mimic her sentiments.

Rowling believes her views are an act of free speech and should be respected as such. In July, she signed an open letter entitled ‘A Letter on Justice and Open Debate’, which stated that “the free exchange of information and ideas, the lifeblood of a liberal society, is daily becoming more “constricted”. Of course, free speech is important, but it is also a two-way process; if she is going to make transphobic comments, she can expect that people will exercise their right of free speech to criticise her.

The open letter also condemned the issues of ‘cancel culture’ that has become prominent in the age of social media. In the wake of the ‘Me Too’ movement, celebrities such as R. Kelly have been ‘cancelled’ for sexual assault allegations made against them. In more ambiguous and murky cases of domestic violence, such as Johnny Depp, it can be more confusing to make a clear-cut division between the art and the artist.

But for someone where there is evidence of wrongdoing, such as written and published transphobic remarks, how can they be held accountable? Maybe cancelling J.K. Rowling is not the answer, but if we continue to read and watch Harry Potter, are we allowing her to get away with it?

We can’t get rid of all of our Harry Potter-related childhood memories, but we cannot pretend Rowling’s continuous offences aren’t a real thing either. If we buy her books and invest money into the films, we are simply putting money into the pockets of an uneducated woman who has insulted and possibly harmed many trans people. However, no one can dictate whether you continue to consume Rowling’s art. Although it’s tainted the franchise, there is no issue in enjoying Rowling’s art so long as there is an awareness of the issues within it and with the artist herself.

Meera Eldridge is a third-year History student, writer for the Boar, and member of the History SSLC.