Getting to know Lanaire Aderemi from ‘An evening with verse writer’ 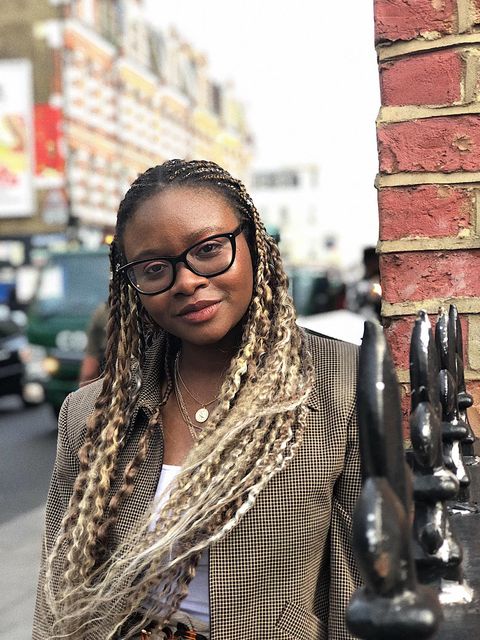 Shehzadi Aziz writes about her interview with Lanaire Aderemi, a final year sociology student at Warwick who performed at the Arts Centre this academic year.

On the 2nd and 3rd of October 2019, a final year Sociology student at Warwick gave two outstanding performances in the Warwick Arts Centre. This show was called ‘an evening with verse writer’ and featured spectacular live music, poetry and stories. As a South Asian, it was fascinating getting to learn more about Nigerian culture as well as seeing a show that showcased a wide variety of themes about African history, womanhood, family and faith.

The lighting, the paintings in the background, and the decor was beautiful. The live music was fantastic. There were also particular moments where I felt truly enchanted. Shackles by Mary Mary has always been a favourite song of mine, but hearing an alternative rendition in the show along with being told more about its meaning (in the context of the transatlantic slave trade) was very thought-provoking, because hearing it on the radio or on my Spotify shuffle meant I had never really considered its deeper meaning. Verse writer’s discussion of masculinity and the condemnation of vulnerability in men also resonated with me, having seen this issue in my own community in my brothers, fathers and uncles.

A friend of mine, Toni Babarinde (Third year, Politics and Sociology) also had a few words to say about the show:

“I very much enjoyed and was inspired by Lanaire’s play. As a British Nigerian of Caribbean Descent as well. I thoroughly enjoyed the way she explores feminism in conjunction with postcolonialism. I feel like her ideas are very much, revolutionary within the student environment that we are in and I’m very excited to see more of her work. I’m an avid supporter of all of her poetry!”

I was also given the fantastic opportunity to interview the star and writer of the show herself; Lanaire Aderemi. The full interview will be available to watch on our website soon but here are the highlights:

Who is ‘verse writer’?

Many people inspire me. My mum is one of my biggest inspirations. When I was young, as young as 8. My mum would read stories to me but also encourage me to write my own stories and share them with my grandparents. I think that really was the start of my writing and career. A lot of artists inspire me as well. I like artists – some of my friends who are artists like Bumi Augusto, Anne Marie. I like Lynette Boakye. I like Toyin Odutola as well.

These artists really inspire me because they are very reflective. They’re very aware of where they come from and how they’ve come there and arrived. They try their best to show that in their work. They’re very unapologetic about who they are. I also think there’s a few artists like singers inspire me. I really love Solange. I like artists like Adekunle Gold, Burna Boy. Some jazz artists like FKA Twigs, Ezra Collective. I like a lot of people.

Having already achieved so much, what are your hopes for the future?

Well, that is an interesting question. I think it’s a question that I have been wrestling with. This idea of what’s next? And what is to come? I guess my hope is just to be a better poet, a better performer, a better playwright. But also write things that reach people from all over the world. So I guess my dream would be to be able to travel with my work. I think in the long term my dream would also be to be able to teach and have my work being taught, listened to and learned. And also, to make an impact, not just on a global scale but on a personal level. I think sometimes it’s less about many people and more about one person. And I hope to do that as well as impact people globally.

Having performed in so many places, what has your best or favourite performance been so far?

I think in terms of my favourite performance…that’s so hard because it depends on my mood. As of last week I would have said to you my favourite performance was probably the one I first did in Lagos, cause I had just started my show. There was a huge spirit of gratitude and I was thinking back to when I had first started spoken word. I remember my first performance was the most… looking back at videos I’m like wow I can’t believe I performed like this. I mean, they’re not embarrassing. But it’s one of those moments when you just thank God and thank people around you for their support, because the amount of growth I’ve experienced since then, since 2016 when I first started has been amazing and I think maybe in that sense. But I guess this week I’m a slightly more joyous mood, more reflective but I guess more anticipating of what is to come. The one I had at the Warwick Arts Centre was amazing for me. It was everything I dreamt of in terms of lighting, set design and also being able to mix poetry and music and to have my friends be a part of my team. Just knowing that I could make a difference in my university community as well as have people from all over the country come to that one location and feel what I felt when I first wrote my piece and my play. I think that was one of my favourites in that sense.

Do you feel like your life as a student has furthered or restricted your career as an artist?

Hm, I think it’s both. I think there are times when I’ve thought in terms of my artistic, well I guess I’d call it a career (I don’t know yet) maybe it is a career. I thought maybe school was restricting in the sense that I didn’t have as much time to pursue certain opportunities. There were times when I wanted to apply for things and I’m like ‘oh wow okay I can’t do that because it requires me to be out of school.’ And I did feel very annoyed in those moments. The question itself is a paradox and I think that is my answer. In some ways it (life as a student) has also facilitated my growth. 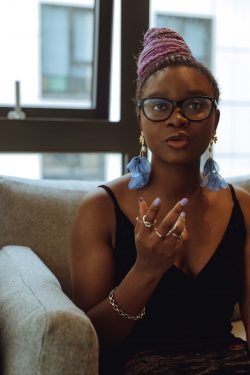 Your work often touches upon serious issues in the world today. As someone who was president of the Anti-sexism society at Warwick and Diversity and Outreach Officer for the Warwick Drama collective, what do you think students and particularly student journalists us here at The Globalist can do to play their part in making a difference to issues like neocolonialism and FGM?

I think it’s first of all about examining your position. When I say position I mean being aware of the kind of space you occupy. As well as what privilege you have. For instance, I know that within journalism certain groups are represented more or less than others. Being able to use your power to report stories or tell stories that would do justice to those people is what’s important. That is one way student journalists can be of even more use in terms of contributing to development but also to social justice. So I think it’s also about interrogating the space you occupy.

I think compassion is very important. How you tell a story matters. Whose story you tell matters a lot too. The issue I have with some student journalists and journalists in general is the sensationalising of issues and this excessive romanticisation and glamorising of issues. I think sometimes this is done because there is not enough research. They may not be funded as much which is why they can’t do the research.

Trusting yourself and trusting that your story matters. Whatever story you have to tell really matters. And Collaboration. The times when I’ve thought about collaborating with other people has really helped me. Working alongside societies. Asking societies to give feedback on certain issues. Reaching out to students who are normally not represented to give their own feedback as well. In a sense, I think amplifying people’s voices rather, becomes almost like an extension of your duty as a journalist. I think that’s important in terms of giving voice, being deliberate and intentional in terms of how you give a voice to storytelling.

Shehzadi Aziz is a second year Liberal Arts student at Warwick and Arts and Culture co-editor for the Warwick Globalist. Follow Shehzadi on Medium.