The Antibiotics Crisis and you

Matthew Dale tells us all we need to know about antimicrobial peptides, antimicrobial resistance and why you should care about them 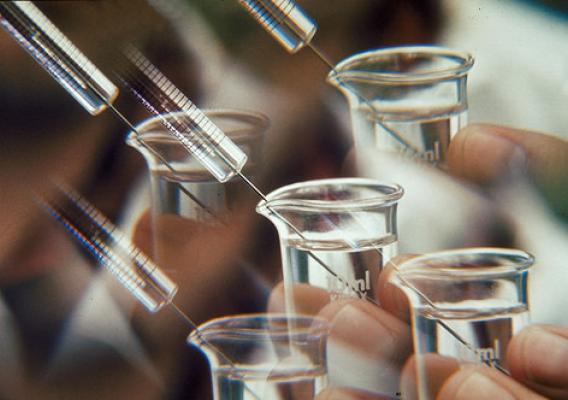 In 1945, Alexander Fleming, Howard Florey, and Ernst Chain were awarded the Nobel Prize “for the discovery of penicillin and its curative effect in various infectious diseases”. Penicillin, and the antibiotics that followed, is a jewel that shines the brightest in the crown of medicine’s achievements. Not only were once life-threatening infections made into routinely preventable diseases, but they fuelled other advances in medicine. A bloody history of surgery has been pacified in part by antibiotics, turning them from a last-ditch dice roll with death into standard procedures, and made entirely new procedures such as organ transplants possible. Antibiotics are also used in chemotherapy treatments, and a variety of chronic diseases to offset the threat of opportunistic bacterial infection. Nothing attests to its impact more than the fact that it had only been 3 years since the first patient was treated with penicillin, and they were already being awarded for its development with the highest honour in science. But long before their medals could gather up dust, their work had already been squandered. By the 1950s, penicillin resistance was already rearing its head as a significant issue of medicine as doctors began noticing trends of penicillin resistance. In an attempt to avert such a crisis, many new antibiotics were discovered and developed but all have met the same fate [1]. Modern pharmacology has found itself in an arms race of antibiotics versus bacteria, and losing. Badly.

Scientists are nothing if not obstinate though, and to prevent the antibiotic armageddon, some have looked to new classes of drugs that circumvent the mechanisms that bacteria have developed to our current antibiotics. Enter antimicrobial peptides (AMPs); a family of proteins that help prevent infection in organisms from all branches of the tree of life, with mammals, insects, plants, and bacteria all relying on their services. They’re small proteins that are typically 12 to 50 amino acids, found in cells of the innate immune system and bodily fluids like mucus, fighting at the front lines that are first exposed to pathogens.

AMPs employ many methods to protect their host from a variety of microbes, which can be divided into two categories. There are peptides that directly attack the pathogen, and peptides which work as assistants to help the immune system target pathogens [4].

One tried and tested trick that can be used is disintegrating the membrane by punching holes in it. At its core, the membrane is a protective barrier just like the skin that covers our bodies so, unsurprising, it forms the focal point of attack [2]. These peptides have positive ends which can latch onto negatively charged parts of the membrane like a magnet. Peptides can insert themselves into the membrane, beginning a disembowelment of the invader that leads to its timely death [4]. Antiviral peptides have a similar mechanism of integrating themselves into the viral envelope – their equivalent of a membrane. Antiviral peptides can also to block viruses from entering host cells. Lactoferrin is one such AMP which prevents herpes simplex viruses (which, as you can guess, causes herpes) from entering the cell by attaching itself to the virus’ receptors that bind to the cell. [2]

AMPs are also able to infiltrate and bring down pathogens from the inside. Some peptides enter without causing membrane destruction and instead target DNA, RNA and proteins to pull apart their insides. This can prevent DNA and proteins from being made or inhibit enzymes that power processes to keep the cell alive [4]. Buforin II is an example of this. It diffuses into the cell, and blocks DNA replication by binding to DNA and RNA, preventing it from binding to the cellular machinery that translates it into the proteins it needs to survive [2].

Finally, some AMPs avoid the spotlight and work behind the scenes to help the immune system target the pathogenic invaders. AMPs help control the inflammatory response of the body that activates the immune system into battle. Pathogens will have parts of themselves that immune cells have been trained to recognise as foreign, and when they’re released, raise the alarms [5]. LL-37 is an AMP found in humans that controls production of chemicals that give orders to immune system cells, as well as being able to bind directly to immune cells. But they also inhibit other mechanisms in immune cells. It prevents too much inflammation that can cause sepsis, providing the balance that a successful immune response need [2].

Nisin is proof of the potential of AMPs, having been developed as a food preservative due to its action against food spoiling pathogens like S. aureus and Clostridium botulinum.Naturally, this has prompted the question about whether it can be used pharmaceutically. Some experiments have showed promise, both as treatments on their own and in combination with antibiotics to kill antibiotic resistant bacteria including vancomycin-resistant enterococci & MRSA. But many fail to clear trials like Pexiganan and Iseganan, both of which have failed Phase III trials twice [5].

AMPs face numerous obstacles ranging from high production costs to potential toxicity. For example, Nisin was identified by scientists in 1952 for a new treatment after penicillin resistance was first documented and showed promising results against numerous infections in mice including S. aureus, and Mycobacterium tuberculosis. The reason I’m not writing about nisin becoming the next stage of antibiotic drug development was because of expensive developmental costs, and nisin was relegated in favour of new antibiotics such as methicillin.

Nisin’s other problem was its instability, which meant it would be clearly too quickly from the blood to have a meaningful impact against pathogens. For a pre-genome age that had barely discovered DNA, that was enough to kill its pharmaceutical potential. Our improved understanding of genomics means this is potentially an issue of the past. But whilst there’s hope that continued research can offset these issues, a much broader problem is still apparent, standing as the microscopic elephant of the room. Is it possible that microbes develop resistance to antimicrobial peptides?

This is a topic with no consensus, and disagreements about the answer. Some would argue that resistance is highly unlikely to develop because they can induce multiple methods of resistance at once. Penicillin only prevents the cross-linking of different parts of the cell wall. Nisin has five-pronged arsenal to attack pathogens that includes forming pores in the cell wall, activating enzymes to break down the cell wall, and preventing the cell from making more parts of the wall. It’s believed that developing resistance to all these mechanisms simultaneously would be improbable, and the lack of resistance that’s arisen from 50 years of food preservation supports this [5].

In contrast, other sections of the community remain concerned about resistance. Colistin is another AMP derived antibiotic, used as a last resort treatment against certain bacterial infections. A resistance gene was found in pig strains of E. coli, which has since transferred to E. coli species in humans, raising concerns about the gene jumping to pathogenic bacteria [5]. Further experiments with pexiganan found that, when E. coli and P. fluorescens were continuously exposed to it, 22 out of 24 lineages developed resistance. The authors argued that the reason this doesn’t fit a lack of resistance observed naturally is because exposure is never as consistent in nature as medicinal exposure [6]. 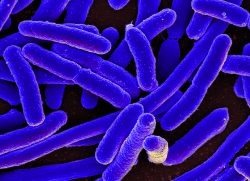 In nature, pathogens have to chew on a [mixed bag] of selection pressures that could potentially kill it. Each time it invades a host for infection, it encounters different AMPs to fend off. The constantly changing conditions doesn’t allow for the breathing space to adapt to a specific AMP, and mutations that confer resistance to an AMP typically come with a trade-off like longer growth rates. All of this prevents resistance spreading across populations that will, at best, have low levels of resistance to any one AMP [6]. And the problem is further exacerbated as resistance to one AMP can mean resistance to several other different AMPs [7].

This logic is morbidly appealing as you can see how it would not only explain how AMP resistance hasn’t become widespread, but also why resistance to classical antibiotics such as penicillin wasn’t as widespread before its serendipitous discovery. The potential chaos to arise from AMP resistance is arguably greater our current antibiotic resistance. Not only would be back at square one yet again in treating pathogens, but influence AMPs that are used naturally to support the innate immune system of humans and non-humans alike. Will our immune system worsen? What will happen to animals like koalas, whose young are reliant on antimicrobials as pathogenic defenders when they don’t have a developed immune system?

AMPs are one of the many potential tools we could use to develop our antimicrobial arms, as scientists are also exploring using metal nanoparticles, essential oils with antimicrobial activity from plants, and new sources of antibiotics from bacteria we’ve yet to study. As drug development costs have mysteriously dissuaded companies from investing in drug development (it’s almost as if their incentive is to make money rather than develop drugs), finding ways to re-invigorate research efforts is essential.

But, far more importantly, it’s a reminder that it isn’t enough to build new tools. We can’t be content to find a new cure and behave just as we used to, and we can’t be complacent about our predictions. As important as it is to find new antimicrobial drugs, it isn’t enough. We need to change ourselves, too. As individuals, we can do our bit to educate ourselves and others about the importance of antimicrobial. Medically, we need to adhere strictly to good practice: that means not taking antibiotics on a whim for any cold, as well as improving diagnostics technology. Collectively, we need to do more to ensure we reign in our over usage of antibiotics, especially in agriculture.