How To Fix The Housing Crisis

Tom Westgarth looks at housing crisis currently plaguing the UK, and outlines the action government has to take now to solve it. 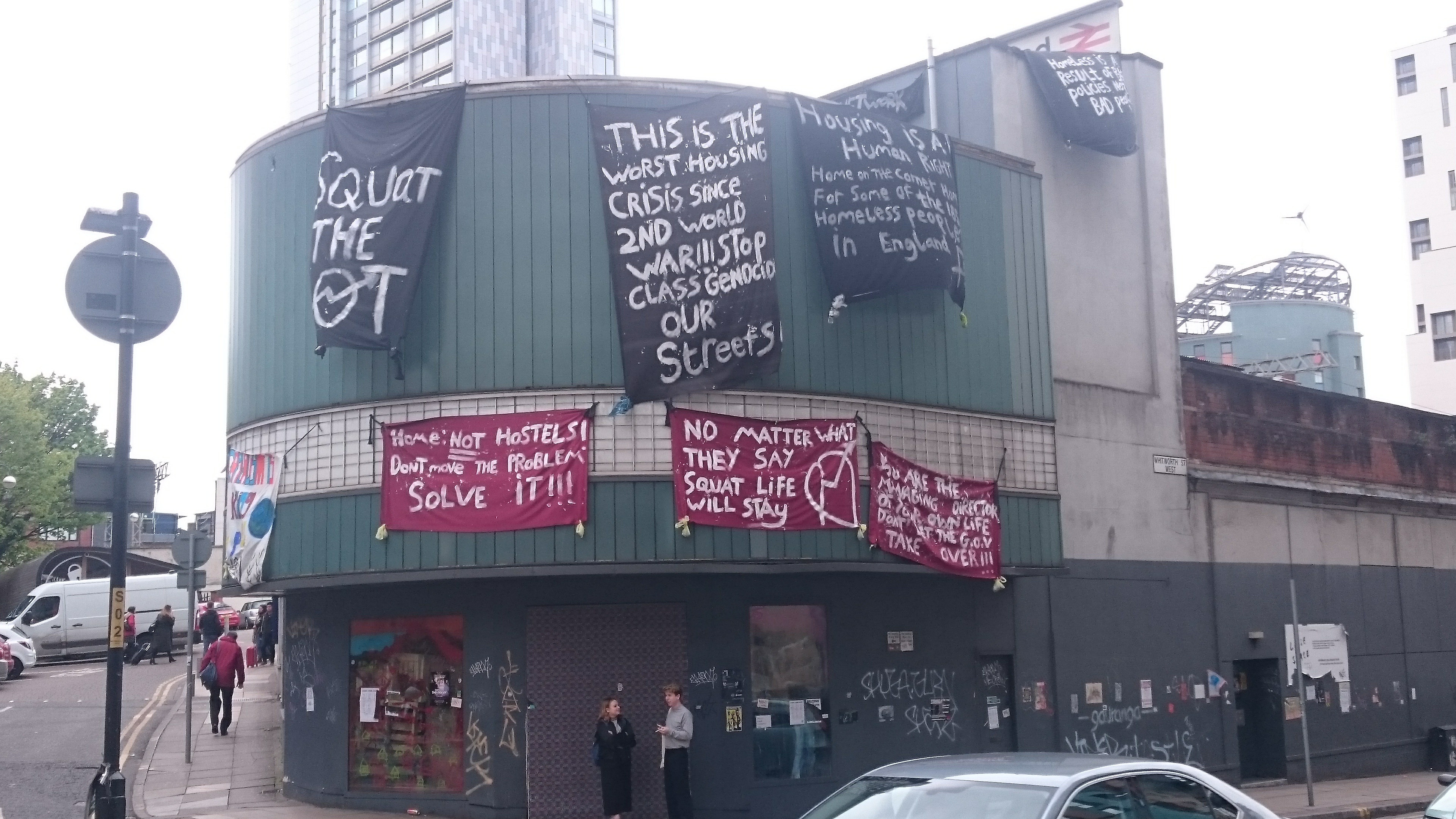 We know the story. Full time workers pay on average 7.8 times their annual workplace earnings to purchase a home in England and Wales. The proportion of income spent on rent has risen from 10% in 1980 to 36% today. Homelessness is at a record high. In such a divisive age, what achieves a political consensus is the acknowledgement that these are symptoms of a broken housing system. This poses a major problem for politicians: how can they expect voters to believe in capitalism when it doesn’t satisfy their basic material needs? When capitalism can’t provide capital?

Whilst the diagnosis is agreed, the root cause of one of Britain’s greatest social and economic challenges isn’t. Glancing at much of the media may lead you to conclude that migrants are the source of the problem. But this tale of immigrants boosting demand is far from accurate. The cause of this crisis is really the culmination of half a century of poor planning and government policy.

Many, particularly those from the free-market side, point to a supply-side analysis of the crisis. Britain is experiencing the lowest 5-year period of construction since the end of the second world war. Supply is tightly constrained by planning rules. Furthermore, building is met with resistance from NIMBYs (Not in My Back Yarders) who want to protect the green belt. However, there is no guarantee that building increases would follow planning deregulation; and we have to examine the 1961 Land Compensation Act passed by Harold Macmillan’s government to see why. This enshrined in law the right of landowners, in the event of compulsory purchase, to be reimbursed not only for the value of their land as it stood, but for its potential future value. This means that acquiring land may still prove costly. Simply building more homes therefore, is not enough. Considering the demand side of the equation gives a more comprehensive picture. 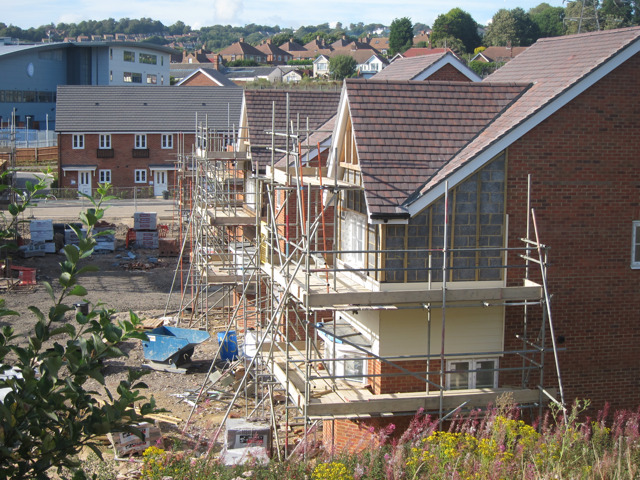 “Britain is experiencing the lowest 5-year period of construction since the end of the second world war”
Image: Geograph

Rising land prices have been the driving force in house price increases. Tax-free profit can be made by just holding onto it, with residential land now being the UK’s most valuable asset, ahead of the tech sector. This value may partially have risen due to the notion of false demand. Delaying building increases the potential future value of the land, as building in the future will likely yield a higher return on investment. Furthermore, for the wealthy, housing has been reframed as a financial investment rather than as a ‘home’. More than £100bn has been sunk into London property in the past 6 years, with many of these homes not being occupied. Fuelled by low credit, booming house prices can serve as a fantastic second income for the better off. With house prices skyrocketing and wages stagnating, 17% of working age adults earned more from their house price increase than from their job last year. You can already see the problem for those not already on the housing ladder though. These spiralling prices exacerbate income and wealth inequality in society which further reinforces structural problems in the housing market. It all becomes a self-perpetuating cycle. These inequalities are two-pronged. Intergenerational inequality is increasing, as older citizens with homes experience asset booms whilst young renters simply face greater costs. Higher value homes in London and the south-east ramp up regional inequality. Those who do not own a home in London or the surrounding home counties may struggle to afford to intern or study in London, where the majority of high-value jobs are.

Whilst Theresa May pledged in her first speech as Prime Minister to fix the housing crisis, she is yet to address these issues. The Chancellor’s most recent budget barely mentioned housing, whilst homelessness wasn’t raised at all. When they have implemented policies, they have been damaging. The help-to-buy scheme, the Conservatives flagship housing policy, has pushed up house prices by an average of £8250, according to Shelter.

Potential policy which is focused entirely on either demand or supply would prove politically impossible to implement. Although rolling back regulation on the green belt could provide space of millions of new homes, crucial voters that are affected by this urban sprawl would be up in arms. Furthermore, too aggressive a reform of the tax system is a recipe for disaster. Indeed previous suggestions of an inheritance tax have been met with fervent opposition by British voters. That is why a balance of both is required.

Much of the green belt is intensively farmed land, found to cause more environmental cost than benefit. Rather than ancient woodland, much of this ‘green’ space can prove an eyesore and taxing on the environment. Building on a reformed green belt could ease supply shortages. The Adam Smith Institute note that building on just 3.7% of London’s green belt land could build up to 1 million homes within a 10 minute walk of a train station. Coupling it with planning reform, the cost of construction would drop. As long as culturally and environmentally important parts of the Green Belt are preserved, this kind of solution needs to be considered. Simultaneously, the regressive Council Tax should be replaced by a Land Value Tax. Land Value Taxes are one of the most collectible and egalitarian taxes around, as taxing land does not distort decision making due to the fixed supply of land, and landlords cannot pass the cost onto tenants because demand and supply are not changed. Not only could this raise huge revenues, but wealth could be transferred from rent-seekers holding onto spare capital to those looking to get on the housing ladder. Funding for more social housing would be a wise move in this instance. This would help ease the cost of private renting, as struggling tenants would be provided with an alternative.

Labour’s shadow housing minister John Healey has pledged to build one million new council homes. This programme of social housing would help alleviate much of the crisis, however this wouldn’t be cheap, so revenue from taxing land would certainly help this policy become a reality. There is also disagreement over proposed government plans for a ‘use it or lose it’ policy when it comes to utilising land – the idea that if developers do not build on land for long enough, they forfeit their ownership of it. However, data from Central Bedfordshire’s pilot shows that house-builders respond positively to pro-development policies, meaning that penalising unused land could prove worthwhile. A final suggestion that is vital involves rebalancing the economy away from London. Creating high value-jobs away from London will evenly distribute cost increases, and also boost incomes for those in regional areas who want to get onto the housing ladder. Maybe it’s about time that Northern Powerhouse we hear so much about is finally made a reality?

Whatever solutions are followed, all will involve a lot of political willpower and a very large chequebook. However, with a fundamental need of all citizens on the line, this is the price that politicians need to pay.