A Year on from Charlottesville

Warwick Globalist Co-Editor, Matilda Smith, shares her thoughts on the nature of race relations in Trump’s America following the recent anniversary of racial violence in Charlottesville. 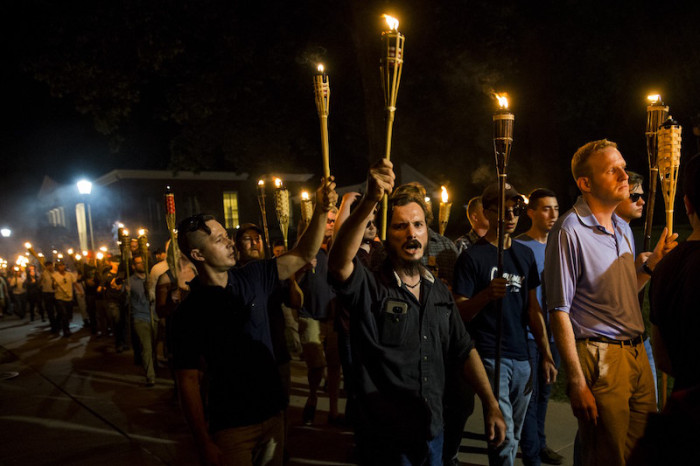 A mere eight months after Donald Trump’s inauguration, the Charlottesville Riot erupted onto our television screens. The Alt-Right, the white supremacists, and the neo-Nazis were no longer simply his voters and supporters. They had become an army, strengthened under their President’s rhetoric, ready to attack and even kill. In a war-like mobilization the ‘Unite the Right’ protesters stormed towards a statue of their Confederate figurehead Robert E. Lee. Meanwhile, counter protests attempted to push back the tide, stationed on Emancipation Park on which the statue was positioned. Despite the thirty or so injured casualties, eleven arrests and three deaths, including that of the counter protester Heather Heyer, the blame was apparently to be evenly distributed on both sides according to the President. The Alt-Right hadn’t simply risen up; they had gotten away with it.

Since Charlottesville, Trump’s record on race relations hasn’t exactly improved. In fact, to the keen observer they may even appear worse. Detainment camps, apparently necessary to honour his tough border control promise, offer a disturbing yellow patchwork of reminders of America’s past across the southern landscape. Dachau and Japanese internment camps feature as dark blots on America’s not exactly peachy past records on race and now a disturbing repartition of these appears to be taking place with the added addition of removing children from their parents. In this case Trump has at least acknowledged the moral quandaries that come with this and has signed an order to keep parents and children together, but the impacts of this still remain to be seen. There is little room for sympathy among the hard-line policies Trump was encouraged to enforce.

Race, it appears, although useful to exploit in theory during campaigning, is not so easily used come actual Presidential governance. You’ve got to feel sorry for Trump. One minute he’s being rewarded for his polarising, divisive racial tactics, the next he’s going down in the polls for… well, creating division. A poll in February conducted by the Associated Press-NORC Centre for Public Affairs Research- reveals that the majority of Americans believe Trump is racist, rising to two-thirds among African Americans[1]. There still however remains an unwillingness among many to extend this racism to the rest of American society, as only 44% of white Americans believe that African Americans continue to face disadvantages, compared to 22% who believe that they actually enjoy advantages and 26% who believe race makes no difference.

This lack of self-reflection is especially shocking given the racism that was revealed on America’s cosy streets in the aftermath of Charlottesville. Reported as the ‘happiest city in America[2]’ by CBS, many of its white liberal residents were shocked to see their home as the focal point of the Far Right. The African-American residents were less surprised. The race problem in America doesn’t stop at Donald Trump, or at the Alt-Right, but exists also among the oblivious white liberals that may well reject the mentalities and beliefs of their leader and the ‘Unite the Right’ protesters. Until Americans come to acknowledge the everyday racism that exists at the heart of their society, the Far Right, no matter how far underground they may be pushed, will continue to survive.

A year on in Charlottesville and this politicized city has come to epitomise the racial divisions of Trump’s America. Those who once counter-protested now protested. They now marched towards the Lee statue, itself armoured by a crowd of police officers dressed in riot gear. The protection of the Confederate statue stood as a taunting metaphor to the protesters who chant ‘cops and Klan go hand-in-hand’. The aforementioned ‘Klan’, White supremacists, and neo-Nazis, were few and far between but a few groups did feature in counter-protests. The presence of the police force however acted as a useful stand-in for the protesters to focus on. Black Lives Matter, along with other activist groups, featured among those in the march. What is clear is that this was not simply a protest against the events in Charlottesville a year ago, but against the wider racial issues in America, demonstrated by their clear focus on the law enforcement officers present. Those responsible for the protection of all but had allowed for the spiralling of violence that led to so much bloodshed a year prior had more than enough support for this protest, with over 1,000 law enforcement officials deployed and a state of emergency called a week before it had even begun. No longer was it simply a case of anti-racists against white-supremacists, but now anti-racists against their president and their government.

There seems little in the way of self-reflection still, but the awareness of institutional racism, which Black Lives Matters has especially been focusing on, does at least make it difficult to deny the complexity of privilege that white Americans possess and perhaps paves the way to a more self-aware future for all its people. What is clear is that Trump’s rhetoric has transformed into real action, both in his treatment of African-Americans and of immigrants from the country’s southern border. However, the repercussions and rejections of these narratives is also evident. Race is clearer to see than ever and although disturbing and dangerous events have led to this clarity, it does at least mean that Americans may be forced to come to terms with them and make a difference in their own lives. There is still a year and a half of Trump’s presidency to go, and I shudder to think of the next cold and heinous act he may perform in the name of race, but perhaps when his term has ended there will be the best opportunity in a great many years to begin to tackle the institutional and insidious racism that has plagued America since its formation.

Matilda Smith is Co-Editor of The Warwick Globalist. She is studying BA History at Warwick.