On the fetishization of female suffering: A critique of Blade Runner 2049 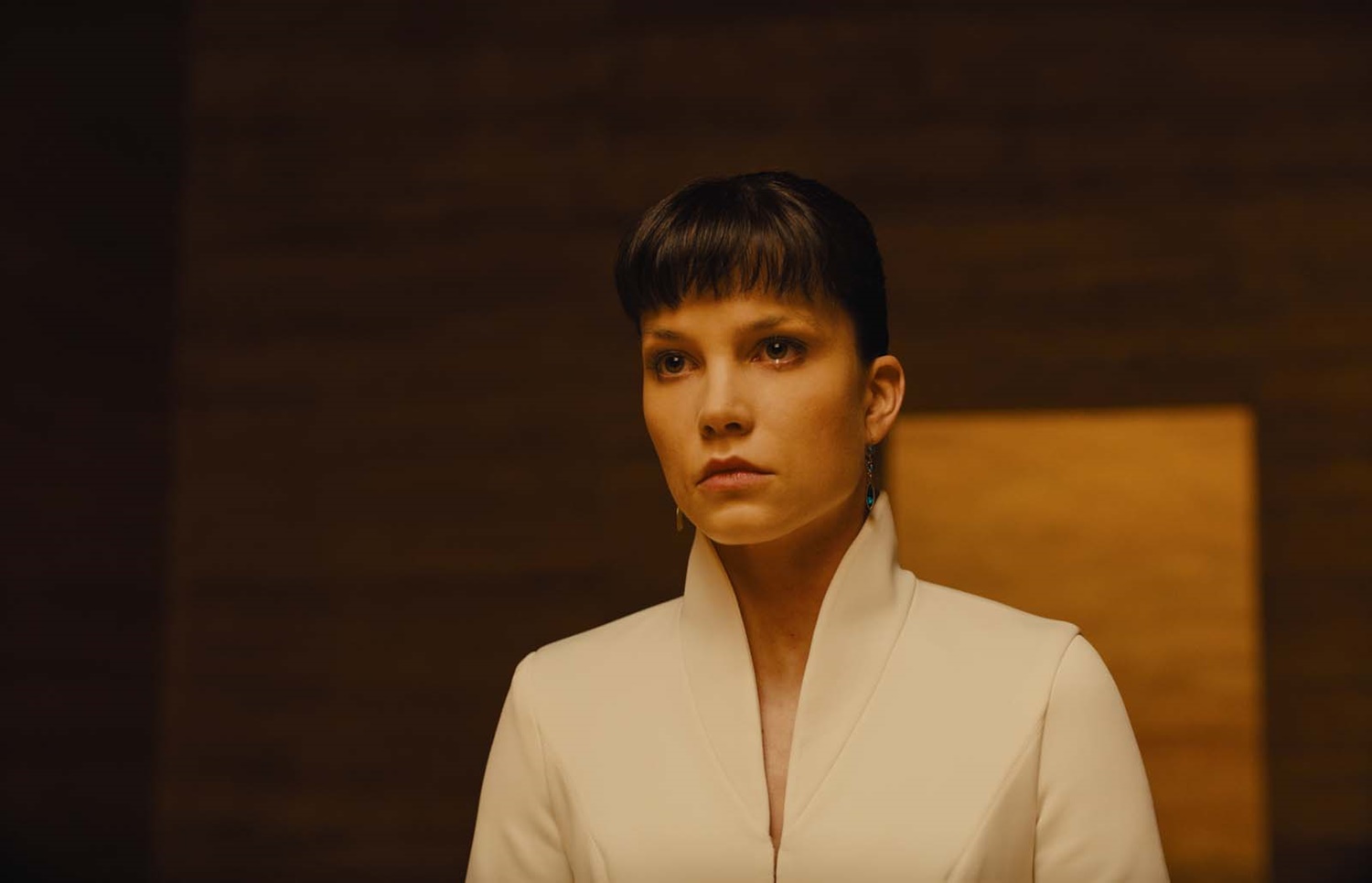 Upon entering the cinema and focusing on the screen as Blade Runner 2049 begins, my first emotion is pleasant surprise. A number of women begin to pop up within the first 30 minutes. Wow I think, could this genuinely be an action film that makes female identity its focus? I was right, but not in the way that I’d hoped. As the film progresses, a recurring factor presents itself. Every female, without fault, is suffering in some form of another. Don’t get me wrong, Blade Runner 2049 is supposedly a film noir, it isn’t meant to be happy. It’s also more depressing than the original, all the characters in the movie display some essence of sorrow. However, the specific way that female sadness is displayed becomes depressingly clear as the film develops.

In many action films, there comes a point where the protagonist, usually very early on, discovers a conspiracy, a cover up that disguises their real identity or a reality that is dangerous and hidden. This can take the form of the protagonist noticing something strange, the protagonist speaking to someone new, or finding something that doesn’t make sense in their reality. Blade Runner 2049 only strays from this common plot line in one sense, the ‘thing’ that main character K finds, is the remains of a female body. It is significant that the very first reveal to a conspiracy is parts of a female body. It presents the female as fragmented, broken and a representation of mystery and pain. The female body features throughout the entire film. As the male protagonist K tries to solve the mystery, and Deckard, featuring in the end, represents a man who once tried to solve the mystery, women only aid in a truly physical sense to further the plot line. Female suffering is evidently fetishized, romanticised and used only to beautify and dramatize an otherwise undeveloped film.

The female in pain

One of the first scenes of real physical pain against a woman occurs as Niander Wallace, the CEO of an organisation that makes replicants, brutally stabs a female replicant and has Luv, his ‘enforcer’, look on. The female replicant is significantly naked, the female body used as a prop to fetishize and dramatize a woman in pain, as another woman looks on, powerless. Luv later becomes ruthless and the main female villain. Perhaps if this was written by a woman with awareness of contemporary gender issues, this scene could have symbolized how difficult it is for women to aid one another in a patriarchal world. However, Margaret Atwood did not write this script. Most disturbingly, the director argued that he was drawn to the script because it showed the ‘different facets of femininity’.1 This is terribly depressing after watching the film, are women nothing more than sad creatures that the audience watch suffer, in his eyes? Luv suffers as she watches the replicant die, but her pain is not real and scary and a reminder of our own pain. Her pain is beautified, a few lonesome tears trickle down her porcelain skin, making Luv’s pain and the pain of the replicant an aesthetic interplay of female agony.

There is no escaping the sexual symbolism in the film, it is everywhere. An unimaginative plotline forms whereby women are used to fulfil the main character K’s needs. What is perhaps more depressing however, than the fact that women’s bodies are treated as nothing more than objects, is that K seems to be morally conflicted about his decisions. Women are desperate to be with K, whilst he remains almost morally conflicted about having sexual relations with them, as though the women are the Eve’s of this world, tempting Adam into sexual sin. K’s hologram or ‘wife’, is absolutely thrilled, her childlike appearance lit up in youthful glee as though K is her dad bringing home a Christmas present, when K presents her with a device that gives her the ability to feel. Again however, the male character is in charge of the female character’s freedom and happiness. He is presented as moral because he doesn’t want her to be trapped in an artificial body. Yet he has little issue engaging in a threesome with Joi, the hologram and a replicant prostitute. The fact that one women is real, and the other is not, is significant. Despite the fact that one is human, and the other is a hologram, they both serve to please the protagonist sexually. This indicates that whether women are completely artificially created, or only partly constructed, they are controlled by men and their intentions. Director Denis Villeneuve states that the threesome scene was ‘one of the toughest VFX in the movie’. 2 This statement is deeply problematic for a number of reasons. Firstly, the fact that so much effort was put into technologically perfecting a sex scene reeks of a pubescent boy’s sex dream, why wasn’t more effort put into developing the female characters to the point that they represent more than skin and beauty? Secondly, because so much effort was put into this sexual construction, it makes the threesome scene one of pseudo-pornographic aesthetic desire. It glorifies a situation where two women are unhappy and controlled by the fact that they have little purpose in life other than pleasing a man. It beautifies their miserable state, and much like real pornography, makes us forget that there are real people with real issues behind the sad and beautiful faces.

It is also impossible to ignore the uncomfortable undertones of the film that characterise the American ‘hero’ as superior. Joi is played by a Cuban actress, Ana Celia de Armas Caso, and I would argue this is no accident. Arguably she doesn’t even need the robot element to her identity as the fact that she represents a foreign nationality, attends to a man’s needs, and has her freedom controlled by her ‘owner’ is enough to problematise the relationship between Americans and foreign workers. Her servitude is beautified as she is attractive, kind and grateful to K. This creates a disturbing glorification of the relationship, highlighting the position many foreign workers have of being confined to a domestic environment, and also often sexually exploited. One can also dissect Lennie James’ character Mister Cotton. He is in charge of an orphanage where children are working under repressive and unhygienic conditions. He is the only main black character in the film, and not only is he unoriginally a mean and sneaky pseudo-villain, the orphanage he works at arguably represents a sweat shop. This creates problematic racial undertones as it implies that white characters are more likely to be either heroes or complex psychopathic villains, whereas black men are presented as cowardly middlemen. K is made into a character that dramatizes the already contested image of the classic white, male, American ‘hero’.

The one opportunity that could have turned the film around takes the form of the character Dr Ana Stelline. Some of her progressive qualities include the fact that she is a doctor and that her character is less sexualised than the other females. The scene where she manufactures memories is one of the few original and interesting scenes. Stelline is revealed to be Deckard’s daughter, which surely would have meant that more emphasis would have been placed on developing her character. However, Stelline is both literally and metaphorically hidden. She is enclosed in a laboratory for her own safety, a typical trope for female characters whereby they are simultaneously ‘protected’ and trapped, unable to live independently. She is also hidden away because she has no character development, featuring significantly in only one scene. In this scene her sadness is real and only partially beatified, in fact here it is her job to beatify and construct happy aesthetic memories. However, in the reunion scene, we do not see her, we see K. The protagonist mistakes her memories for his the entire movie, this being highly symbolic of a man upstaging a female’s identity. Dr Stelline is in part an exception because of her career, her relationship to K and Deckard, and the lack of sexualisation of her character. However, this ‘exception’ is problematic, firstly because her position as the exception is not developed, and secondly because her being an exception collectivises all other women into being the mainstream.

In 1982, when the original Blade Runner was produced, it was a common trope to commercialise sex, using the female body and her agonised state to sell films. This was deeply problematic yes, but directors rarely pretended to do otherwise. The original blade runner was arguably awful for women, watching the scene where Deckard restrains Rachael and forces her to kiss him is extremely uncomfortable to watch. However, the difference is that it (depressingly) fits the context of its time. The scene is therefore normalized and no effort is made to condemn Deckard. However, now in the more recent version, seeing such blatant objectification, obsession with the female form and her suffering, and troubling racial undertones stands out in a media landscape that is otherwise trying to become more diversified. In a time where women have more rights, this film upsettingly shows them as nothing more than plot aids and props. The depiction of the female identity in this film can be surmised through a line included in author Leslie Jamison’s essay on female suffering, ‘that pain is the unending glue and prerequisite of female consciousness’. 3 What this film argues, is that what defines a woman is her suffering, and not only this, but when her suffering is staged. An assumption is created firstly that men and women naturally feel pain differently, but also that the female form cannot exist unless in pain. To be a woman is not to be funny, witty or creative, but to be mysterious and aesthetically conflicted. This film could have been useful in dissecting the attack on the female in the 21st century, however the film ends with a focus on a mortally wounded, cathartic Ryan Gosling. The protagonist lies in pain; however, his pain is a symbol of his bravery, struggle and heroism. The female characters in the film to a great extent have pain done to them, and therefore are the passive receivers of suffering. The film’s visual elements and verbal interactions show female pain as being fetishized, rather than explored in a multidimensional manner. Blade Runner 2049 is depressingly shallow yet deeply problematic.

Anita Slater is co-editor-in-chief at the Warwick Globalist. She is an undergraduate Sociology student going into her fourth year at the University of Warwick.