As the new year begins, Ashleigh Chester looks back at the most significant scientific advances of 2017. 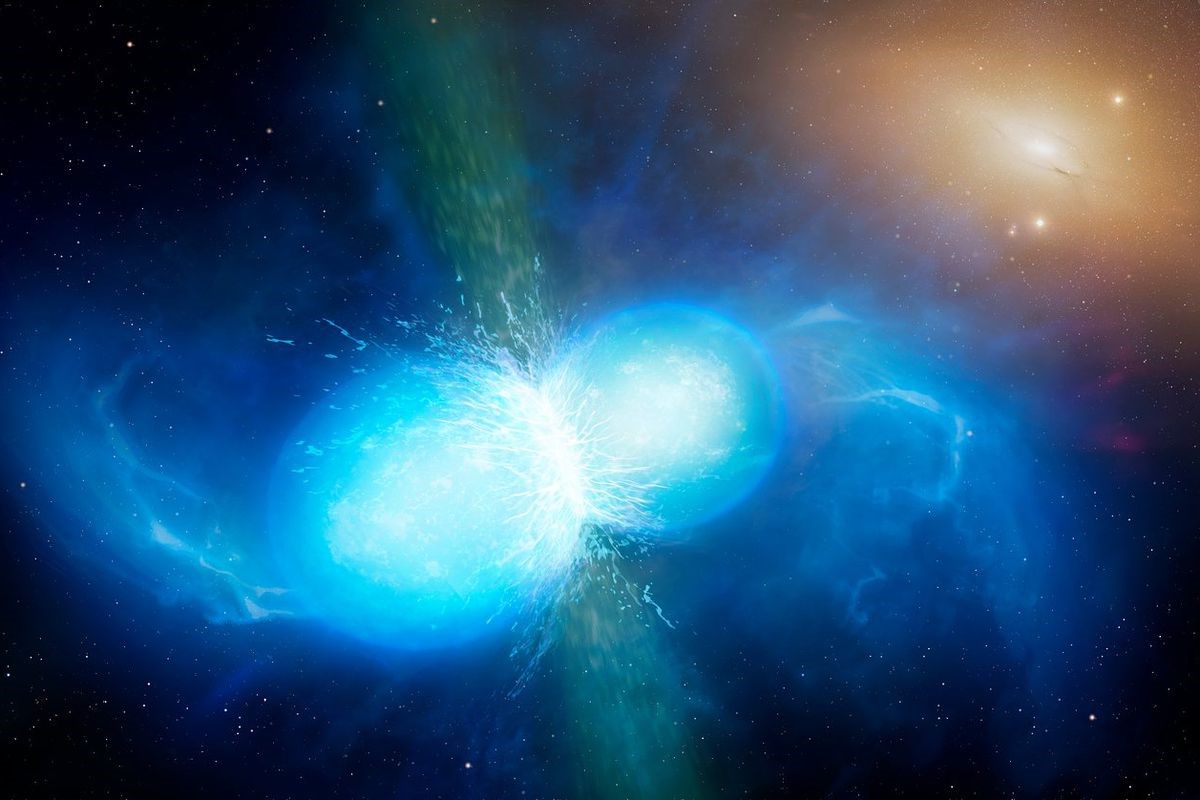 We are incredibly lucky to live in an era of scientific discovery and technological advancement. Every day, scientists all over the world are making strides towards solving our growing problems as well as attempting to understand the world we live in and where we came from. With 2018 upon us, it seemed fitting to acknowledge some of the most interesting scientific discoveries made in 2017. As hard as it was to narrow down, here are four notable ones which caught the eye of scientists worldwide.

The year got off to a promising and exciting start with a breakthrough in gene editing using CRISPR-Cas9 genes. US scientists were able to correct a genetic mutation in several human embryos and, although CRISPR-Cas9 research has been around for years, their procedure demonstrated an improvement in both efficiency and accuracy. The research centred around correcting a mutation in the MYBPC3 gene which causes thickening of the heart muscle and subsequent sudden death in young athletes. The embryos were not intended for implementation as there are various ethical and biological concerns surrounding the technique, not to mention the legal ones. In February this year, the US National Academics of Science, Engineering and Medicine deemed research in this area allowed and did not rule out the future use of CRISPR-Cas9 to prevent a disease with no other course of treatment. However, the research is not currently state-funded in the US and taking it a step further would undoubtedly involve various legalities as well as controversy. Furthermore, further extensive studies would be needed to ensure that there are no additional, unwanted genetic changes to the embryo. At present, research teams in the UK and Sweden are using CRISPR-Cas9 for investigating developmental and reproductive biology as well as the causes of early miscarriages. Although the procedure has various hurdles to overcome, it could have unprecedented advantages for the treatment of diseases caused by genetic mutations, many of which have devastating effects on people.

The field of genetics saw even more progress with a study conducted by Dr David Sinclair from Harvard University, the results of which revealed potential aging reversal in mice. The concept, seemingly dubious and more like something fit for a SciFi movie, is ready to test on people, according to Dr Sinclair. In 2013, research revealed that younger mice had higher levels of Nicotinamide Adenine Dinucleotide (NAD+), a coenzyme involved in numerous metabolic processes, than older mice. The NAD+ levels were increased in the older mice and they ended up having the biological appearance of the younger mice. For reasons unknown, DNA repair efficiency becomes compromised as we age. However, NAD+ prevents the inhibition of a critical DNA repair protein, provided the levels of NAD+ are high enough, and so the slower DNA repair of an older organism could, in principle, be accelerated by higher concentrations of NAD+. Sinclair and co-workers were able to extend the life of a mouse with an age-accelerating disease, as well as treating an injury in a middle-aged mouse by altering the genes which change aged cells back into “younger”, more effective cells.  Research has given strong evidence for NAD+ directly regulating protein-protein interactions and changes to its levels may provide protection against cancer, radiation and aging.

Another exciting development in 2017 was the invention of a device which was able to quite literally pull water “out of thin air”, as the well-known saying goes. The device, designed by researchers from the Massachusetts Institute of Technology (MIT) and the University of California, Berkeley, consists of a porous metal organic framework (MOF) of zirconium and fumarate which acts as a sieve for water. As water vapour molecules diffuse through the porous MOF, its inside, which has a high affinity for water, essentially traps water molecules. Heat energy from the sun then pushes these trapped water molecules to a condenser and the end result is liquid water dripping into a collector. The device was able to produce 2.8 litres of water over a 12-hour period in conditions of 20-30% humidity, which means it can be particularly useful in dry and desert-like climates. A shortcoming of the technique, however, is the expense of zirconium which renders the device impractical for broader applications. In an attempt to overcome these challenges, the team responsible for the development of this ground-breaking device is already playing around with the replacement of zirconium with aluminium, a cheaper metal, and they are confident that they can improve the device’s efficiency further. Given that about one in ten people in the world do not have access to clean drinking water, the research has the potential to contribute to tackling a major global issue as well as paving the way for future MOF research.

The year of 2017 also got both scientists and non-scientists looking up to the skies. The collision of two neutron stars observed in August 2017 shook the scientific community and became the single-most observed celestial event in history, with a whopping 4500 co-authors on the paper alone. The Laser Interferometer Gravitational-Wave Observatory (LIGO) in the US and VIRGO (a similarly huge laser interferometer used to detect gravitational waves) in Italy caused a cascade of events when they were able to hear gravitational waves from space. A global notification was sent out and astronomers worldwide pointed their telescopes to observe the phenomenon. Gravitational waves are generated after massive, violent events such as this explosion (kilonova) and because the waves vibrate at an audible frequency, scientists can essentially “listen to space” to see what’s going on in the universe. This particular event took about 130 million light years to reach us which means that it likely took place while the dinosaurs were still around. Astronomers were able to measure the speed of the waves, confirming that they travel at the speed of light, and their studies on how the waves travelled from the event gave clues about the universe. A key discovery made from this exciting collision was that it produced gold and platinum and thus scientists were finally able to confirm a long-standing theory that heavy elements in the periodic table were originally formed from events such as a kilonova.

Although we are far away from understanding our origins and answering questions about the universe, strides such as these are crucial. Our world is filled with innovation and discovery, but the immense problems we face can sometimes seem overwhelming. But what these four examples show, to the scientist and non-scientist alike, is the substantial benefits gained through creativity, initiation and most importantly, international corroboration. Bring on another year of exciting science!