Engagement in Humanitarian Services: The Functions of a Camera

Jason Hung investigates both shortcomings and contributions from working as a photographer in humanitarian services. 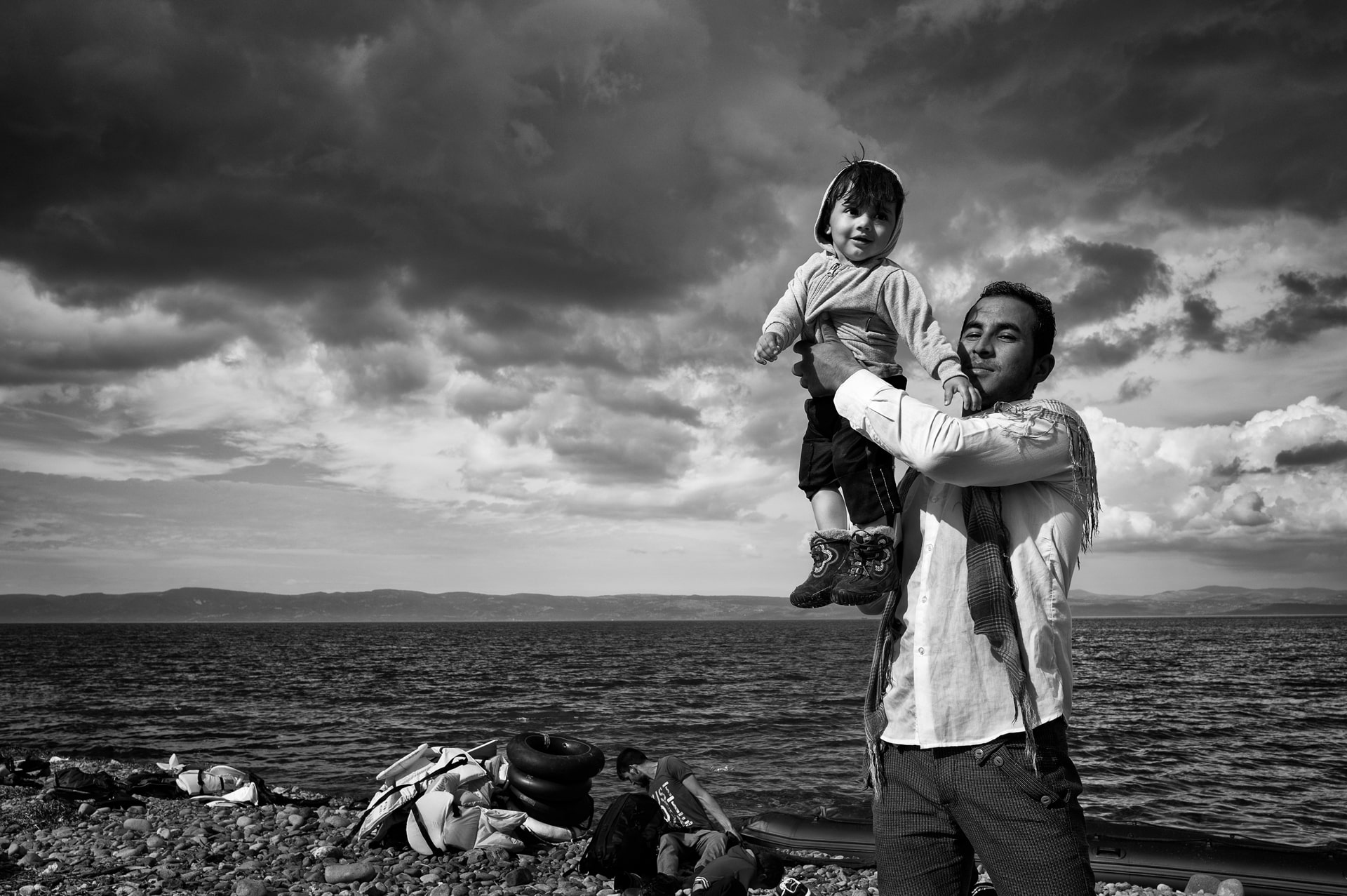 Refugee is a documentary commissioned by the Annenberg Foundation, a philanthropic organisation based in the United States that aims to foster public education across the worldwide community. The documentary follows five internationally acclaimed photographers who travel to five continents and capture the stunning and emotive stories of displaced people from across the globe. Considering their limited practical and direct contribution in humanitarian services, photographers often paradoxically question to what extent can they delve into humanitarian affairs.

The Ownership of a Camera: a Property that Cannot Speak nor Arm

Perhaps the most moving of the documentary’s diverse and nuanced depictions of these groups is Pulitzer Prize-winning photojournalist Lynsey Addario’s documentation of the Rohingya Muslims of Myanmar. The Rohingya community trace their origins back to the Rakhine State, Myanmar. Yet after centuries of warfare and political unrest, Rohingya Muslims have become perpetual refugees. In recent decades, a significant number of Rohingya refugees have settled in Myanmar, Bangladesh, Malaysia, Indonesia, and other neighbouring countries as illegal immigrants. Living without citizenship, Rohingya refugees are called one of the most persecuted minorities in the world and have long been persecuted by the Myanmar Government. The most recent and high-profiled ethnic cleansing and gang rapes against Rohingya refugees, executed by Myanmar military force, have aroused international sympathy. Concurrently, the series of hate crimes has engendered public denouncement against Aung San Suu Kyi, the incumbent State Counsellor of Myanmar. Aung San Suu Kyi has overlooked, intentionally or not, the military misbehaviours already addressed by the United Nations Human Rights report and the Amnesty International dossier.

Addario tenderly explores the plight of sick Rohingya refugees, herded into camps and denied healthcare as a result of their undocumented status. Her work can be contrasted with that of controversial 1991 Nobel Peace Prize winner who demonstrated a sympathy deficit for Pohingya Muslims (The possession of antipathy against Rohingya Muslims perhaps a more appropriate description). Addario perhaps find the story of Moriam Katu most moving, visiting her on two separate occasions. Gripping her camera and fighting back tears, Addario allows Katu’s experience to manifest the suffering of an entire community; “She [Katu] basically knows she is dying, it’s a slow death, and there is no one to help her…They receive no treatment. They are not allowed outside of the [refugee] camp, so they just die.”

Graciela Iturbide, a Mexican photographer who received her first camera at the age of eleven, articulates some of the impotence felt by Addario and the documentary’s other participants in her piece about internally-displaced refugees in Columbia. “Unfortunately, photography cannot save the world. We have to save it. Photography cannot do that.” Both Iturbide and Addario experienced the paradox of being photographers, required to document suffering they are unable to ease. Treating her camera as a best companion, Iturbide’s interest in capturing everyday rituals of humankind allows her to depict both the beauty and vulnerability of a group now confined to the west coast of Columbia. Perhaps these depictions are all she can contribute to the local communities.

A more optimistic perspective is adopted by Omar Victor Diop, a Senegalese photographer predominantly known for his work in the fashion industry. Diop chooses to conduct his work for the documentary in Cameroon, photographing refugees fleeing civil war in the Central African Republic. In contrast to some of his fellow photographers, Diop captures the momentary smiles and joy of refugee families. Diop’s interest lies in the beauty of humanity, choosing to disrupt the pervading refugee narrative by focusing on instances of positive communal connection and nuanced family relationships. “I can feel what they are saying and what they are wishing for their children”. Diop’s work empowers his subjects by depicting familial bonds that transcend violent pasts, recognising them as active agents in their own future and making a unique contribution to the documentary as a whole.

Despite Addario’s concerns about the paradox of a photographer’s role in crisis zones, she, along with Diop and Iturbide, is able to modify preconceived notions of the refugee experience. She tenderly reveals the individual humanity of each subject, rather than choosing to capture images of refugee camps as amorphous sites of suffering. Through this approach, the viewer is able to reach a deeper understanding of the challenges faced by displaced people. This approach is also adopted by another of the documentary’s participants, German-born Martin Schoeller, who endeavours to capture the livelihood of refugees. Perhaps better known for his high-intensity portraits for National Geographic, Vogue and the New York Times, for this film he applies this trademark style to “new Americans” – new American refugees – in his New York studio.

One such “new American” is Patricia, formerly of the Democratic Republic of Congo, a rape victim who also witnessed the murder of her beloved father. Schoeller’s portraits narrate the complex emotions embedded in Patricia’s life, creating a sense of intimacy and vulnerability in an austere and straightforward manner. “I like this idea of reducing people just to their facial expressions in their face. Hopefully it feels a bit more vulnerable, more intimate.” Although many refugees face challenges, Patricia’s traumatic experiences are not typical, and Schoeller’s portfolio delicately explores a range of emotions, from the legacy of her troubled past, to her joy at being granted US citizenship.

Beyond the Camera: The Nuanced Impact of A Camera

Tom Stoddart, a British photojournalist perhaps best known for his coverage of war and humanitarian crises, is the documentary’s last participant. Stoddart accompanied a humanitarian aid crew to the island of Lesbos in Greece as they welcomed a cohort of refugees from the Middle East. One of the refugees later on told him, “We did not stop at all, we just swam… So we arrived. Thanks, God! I shouted and jumped.” As they came ashore, each discarded one of thousands of life jackets on the island’s beaches. “Each life jacket is a life. It’s a person that has been wearing one.” Stoddard’s work is perhaps closest to that of a pure photojournalist, as the interviews he gathered alongside his emotive images help construct a deeper picture of the almost daily fear encountered by displaced people.

Photographers are storytellers. In spite of the absence of words, both spoken or written, these “alternative” storytellers graphically assess the multifaceted journeys of displaced people. The film’s participants embrace both the vulnerability of humankind but also the beauty of humanity. Not only do they present facts, they inspire audiences to reflect on the nature of that humanity, in order to better understand the meaning of life through photography.