The Grenfell Tower fire is proving to be a battleground for the future of austerity. Our new Arts & Culture editor, Molly Russell, explains how this tragedy is eminently political and how it will influence the future of urban space. 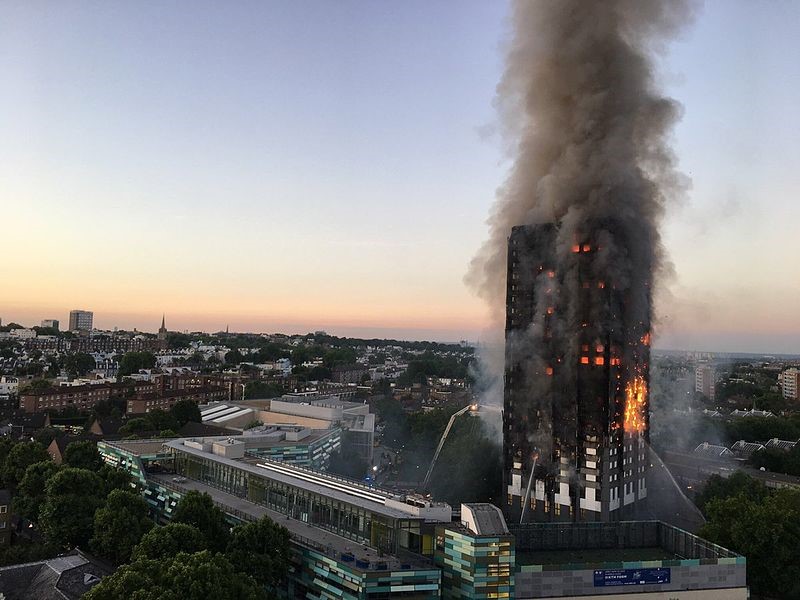 During  the General Election last week, the country’s most affluent constituency, Kensington and Chelsea, glowed red for the first time ever as a Labour MP gained the historic tory seat. This radical shift represented a desire to shrink the intense disparity of wealth and living standards in the area and dare to hope for a better future, for the many not the few. Less than a week later, in the small hours of 14th June, a deadly inferno seized the 24-story high Grenfell Tower public housing block in North Kensington, minutes away from luxury accommodation. The increasing scale of loss, in terms of life, homes, and families predominantly on low income, is a jarring and heart breaking catastrophe for a self-proclaimed advanced and prosperous city.

However, London is always burning. The Grenfell Tower fire is unavoidably political and symbolic. The charred edifice looming over the Kensington mansions haunts the landscape more than it did before. It is a portrait of our modern crumbling society. The disaster has sparked attention and debate about the public housing crisis, regeneration schemes, and the consequences of austerity on poor ethnic minority residents and the emergency services. The public is personal and political. 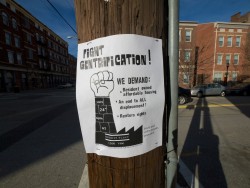 Grenfell Tower was ‘regenerated’, translating to reglazing and the addition of cosmetic cladding: Travis Estell

Arguably, this tragedy was agonisingly inevitable and preventable. The material structure and upkeep of Grenfell Tower as social housing was the responsibility of the government, that was meant to ensure its safety and that it was fit for human habitation. Following the Lakanal House fire four years ago in south east London, an inquiry concerning tower block safety had specifically highlighted the likeness of Grenfell as a potential danger. On the grounds of the agenda of austerity, the housing minister chose not to act on the report’s recommendations of renovation or the need for fitting sprinklers and alarms.

However soon after, the government did act, not to the concerns of welfare but wealth. Grenfell Tower was ‘regenerated’, translating to reglazing and the addition of cosmetic cladding to the exterior. This term ‘regeneration’ needs deciphering. In the 1990s, urban regeneration became a central goal of British urban policy, with agents being corporate-governmental partnerships. The brutalist block of flats, culturally associated as the architecture of the poor, did not harmonise with the lavish location it was placed in. The exterior was refurbished to palliate the view of poverty for the rich neighbours and because of this, people burned to death. The camouflaged language of regeneration represents a smokescreen for gentrification as a neoliberal urban strategy. It is a discrete and systematic process of displacement to upgrade the social character of an area. The term itself, with roots in the biomedical and ecological, insinuates that gentrification and social cleansing in cities is in fact a natural process. The neglect of safety structures and residential welfare for cosmetic cladding resulting in a still rising death toll represents an ideological victory for gentrification and its anesthetising language, a power to critique and not underestimate. 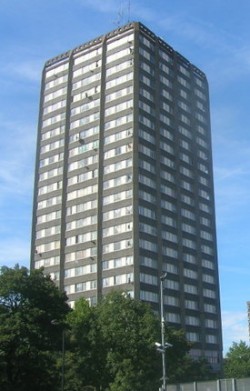 The lack of consultation is evident as last November, a residents group for the block, the Grenfell Action Group (GAC), raised ongoing concerns about the internal state of the building to the Kensington and Chelsea Tenant Management Organisation (KCTMO) and the local council. The open letter blog post eerily prophecies that “only a catastrophic event will expose the ineptitude and incompetence of our landlord, the KCTMO”, labelling them “an evil, unprincipled, mini mafia”. Not only ignored time and time again on a local level, but further, a bill forcing landlords to ensure buildings like Grenfell were fit for human habitation was recently rejected and funding for social housing was slashed by the Conservative government. The fire, a mere 7 months later, was not a freak incident, but a political expression beyond words, a preventable tragedy and a nightmare illustration of the neoliberal visions of the city.

The explicitly political dimension of this horrific event extends matters of housing. Austerity is a violent and vicious force with many targets. The indispensable role of the firefighters and paramedics in handling the devastation was audaciously praised in public statements by the very same politicians who have slashed their pay, staff and pensions. Images of firefighters physically exhausted and mentally perturbed by unthinkable and unforgettable brutalities is not unique to the Grenfell fire. Dealing with abject trauma professionally is an all too frequent reality of the job and is not easily cast off when the shift ends. Their daily shifts, like the day to day lives of the residents of Grenfell, are political. It took a deadly blaze to bring to light their precious and underappreciated role in society.

Speaking to an anti-austerity campaigner and firefighter of 28 years’ service, he explains the damaging impact of austerity on social care and the mental health of the fire service:

“When Boris Johnson was mayor, he pushed through a lot of changes to the fire service, despite our campaigning. We’ve got half of the fire engines that we used to have and 10,000 firefighter jobs have gone in the last 7 years, that’s a fifth of the workforce in England. Also, the number of counsellors for firefighters suffering trauma in London has been cut from 14 to just 2. This is going to be a massive problem for this particular incident as the firefighters at the scene in Grenfell were witnessing families burn alive, seeing people at their windows and knowing that they can’t get to them, that will stay with them forever.” 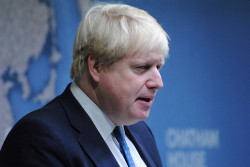 Boris Johnson pushed through a series of cuts to the fire service: Chatham House

“What the Tories say and do with regard to public services are two very different things. They’ve started to address mental health care publicly but are not resourcing it anywhere near enough. The investigations will show that lots of blame will lie in different departments, with funding at the crux of it. The cladding of the building would have been pushed through on cost rather than quality. Authorities see lower class social housing as a bad investment because they don’t get any return from it. We need to continue campaigning and improve industrial relations which are currently the worst they have ever been, they must increase funds and resources for proper prevention, which ultimately is the cheapest way to deal with an emergency.”

“The Fire Brigades Union have been campaigning for years against austerity and cuts to the public services, which are having a knock-on effect on social care. We are visiting people in their homes who need more social care but are not being treated. We now ask healthcare questions, for example if they’re on any medication, have they had a cancer screen test. We’re taking on these tasks that are not typically a part of the job because of cuts in other areas, but we can only go so far. There’s been incidents in the past whereby we have raised concerns about people living alone in serious conditions, passed them on to social care authorities which are under resourced, but when or if the matter is pursued, its already another fire and fatality.”

From all this, we can see that profit is given precedence over people. Grenfell Tower and its deadly façade, before and after the fire, is loaded with significance. The urban landscape will always be politically alight, be it burning insidiously or in a roaring blaze. Daily life is just as political as disaster, especially for the residents and refuges in poor housing and the public services. The community responses of offering aid and coordinating resources have been fantastic and represent the power of organisation and compassion, but we must also continue the debate critically. We must erode the façade and language of regeneration and fight gentrification as a neoliberal urban strategy. We must rethink our relationship with cities, the centres of capital and community, and unify our struggles to reclaim the right to the city in the face of capitalist urbanisation. From here, the state must serve and support Grenfell survivors, community action groups, suffering and stressed firefighters and unions. The response to this disaster must be political like the cause; express solidarity, resist austerity and demand accountability. Justice must flare and burn bright.