Leaving ‘Left and Right’ Behind

For too long now, the old ‘left-right’ spectrum has lacked meaning. Jack Winchester examines whether we ought to be talking of the ‘open-closed’ spectrum, instead. 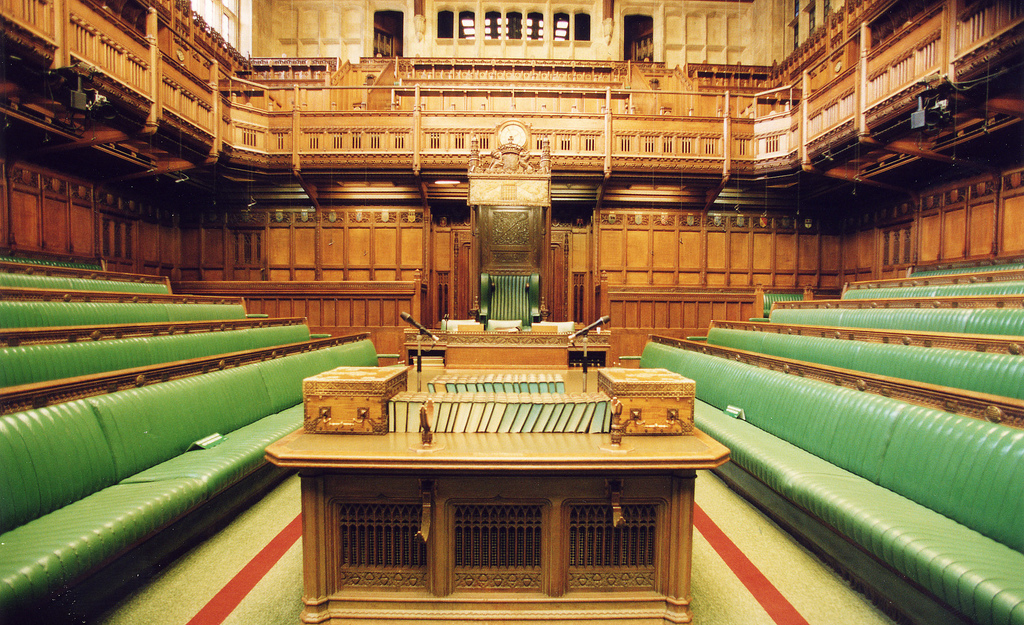 For many decades, we have separated the field of political ideology into two camps: left and right.  Like most labels, their popularity is largely thanks to their simplicity and convenience, people can use them without, frankly, having to do much thinking.  Indeed, the origin of the distinction lies in the literal gathering of people; during the French Revolution, those who opposed monarchical rule sat on the left of the National Assembly, while those who supported the crown sat on the right.  Ever since, we have understood broadly progressive politics as being on the left, and broadly conservative politics as existing on the right.

Like Shelley’s Ozymandias, great powers and empires, governments and monarchies, ideas and ideologies have all succumbed to the ravages of time. With the fall of the Berlin Wall and subsequent collapse of communism in Russia and Eastern Europe, liberalism was seen to have triumphed and proven itself as the apogee of modern political philosophy.  Indeed, historian and commentator Francis Fukuyama (in)famously described this period as ‘the end of history’.  Quite simply, international liberalism had entered its reputational zenith and was being accepted by various regimes all over the world. 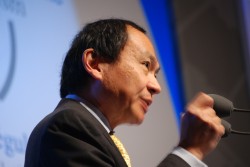 Francis Fukuyama described this period as ‘the end of history’: Andrew Newton

This point also marked the start of the greatest phase of globalisation in human history.  The world had seen a globalisation of sorts before the two World Wars; trade flows grew rapidly, but the process which started in the eighties and nineties was almost incomparable in terms of the liberalisation of the goods and capital markets. This process of globalisation had material consequences, on people across the world.  In what has become known as the Stolper-Samuelson theorem, the expansion and liberalisation of world markets has meant that workers in the developing world have been consistently more competitive in labour markets than ‘first-world’ workers.  And, with increasingly open borders, these workers have in many cases displaced Western workers in the Western World.  the process of globalisation has been hard on the working class in the West.

One would expect the left – as the political wing of the working class – to take a wholly dim view of globalisation: That it has not has shown the left to be wholly disunited.

The conflict has shown the political left to be broadly constituted of two parts.  The first is a universalist, culturally-progressive group, historically associated with anti-fascism, multi-culturalism, anti-colonialism, and moral relativism.  The second, however, is primarily an economically progressive group, usually comprised of working classes who are less interested in the universalist values of the first group; they are, in fact, generally cultural conservatives.

Globalisation has driven a wedge between the two camps on the left.  While immigration of people and values was seen positively by those on the culturally-progressive left, with their appeals to multi-culturalism and tolerance, the economic left saw globalisation as the process by which the beneficiaries of capitalism could drive down the wages for Western workers.  It should perhaps be a worry for the culturally progressive establishment left that 64 per cent of voters elected to leave the EU.1

This divide has also occurred on the right.  In Britain, the Conservatives formed two camps: those who believed overwhelmingly in nationhood and in the preservation of British values and traditions, and the liberal right – formerly known as the Whigs – who believed in the universalist values of liberalism and free markets.  With the succession of Theresa May, we see this divide clearly: while the Notting Hill Cameroons viewed the state as generally inferior to private activity, , the new occupant of Number 10 has made very clear that she thinks the state can do good.

Viewed in totality, both sides of the left-right spectrum were split into those in favour of liberal values and those not. Globalisation has driven a wedge into groups who could, once, be adequately lumped together to form left and right., We ought to acknowledge this with the language we use.

Perhaps the label which makes most sense is an ‘open-closed’ spectrum. This allows us to easily group together the people who – for cultural or economic reasons – support globalism and contrast those who view globalism and globalisation (the process by which globalism is reached) negatively.  This classification benefits from the material advantage of being relevant to the modern day, rather than being a relic from the 1700s.

Of course, this new distinction is not flawless.  Indeed, it suffers from the same lack of precision and nuance as the old ‘left-right’ spectrum. As Danny Finkelstein of The Times  drolly noted recently, any classification which brings both Owen Jones and Goldman Sachs into the same fold is obviously lacking somewhat in colour.2 Whilst not perfect it is far more relevant to the modern world than its ‘left-right’ counterpart.

Perhaps the exercise of attempting to adapt our go-to political descriptors is pointless.  Perhaps the whole concept of boiling down political ideologies into two camps is so imprecise that attempting to change the two camps misses the point.  But labels are – despite this inherent simplification and reduction – still incredibly useful ways of conveying meaning concisely.  In a world where the old distinctions of left and right are now utterly and totally meaningless, another set of labels, even a deeply flawed set of labels, might still be worth considering.