A Cruelty-Free Nation? Veganwashing in Israel

Arts & Culture Co-Editor Clare Hymer examines how the IDF have hijacked the vegan movement, and British media complicity in this propaganda effort.

Towards the end of January – or ‘Veganuary’, as it was for many – the BBC produced a short report on the growing popularity of veganism in the state of Israel. Centred around the rising number of vegan soldiers in the Israel Defense Forces (IDF), the report notes that the IDF now not only caters for a plant-based diet, but issues vegan recruits with non-leather army boots and wool-free berets. It appears that such changes reflect a wider shift in Israeli society away from the consumption of animal products. In fact, the land of milk and honey is fast becoming the land of Alpro Soya and agave syrup: in 2013, Israeli branches of Dominos began serving the chain’s first vegan pizza, and in 2014 the nation hosted the world’s largest vegan festival. Sources suggest that around 5 percent of Israel’s population now abstain from meat, eggs and dairy which, if true, would make it the most vegan country in the world.

While the media has been only too quick to hail Israel as “the promised land for vegans” and the IDF “the most ethical army in the world”, the hypocrisy here is glaring. The IDF are engaged in the illegal and brutal occupation of Palestine, and have been criticised repeatedly by Amnesty International for their human rights abuses in Gaza. This hypocrisy is no accident: in fact, it is part of a concerted effort by the Israeli media to shift the spotlight away from violence being perpetrated by the IDF. By drawing our attention to their cruelty-free army boots, the IDF distracts us from the fact that those wearing the boots are committing war crimes against the Palestinian people. 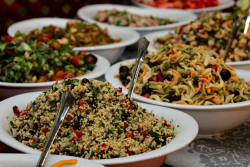 The Israeli media’s capitalisation on the vegan boom and the thriving animal liberation movement is also a clear attempt to appeal to progressive, ‘Western’ ideals. This is not a new tactic: Israel has in recent years been criticised for “pinkwashing” its image in order to promote itself as a liberal, tolerant nation, an ethical presence within the Middle East. In the same way that the Israeli state casts itself as a defender of LGBT equality, aligning itself with the animal liberation movement is a strategy aimed at diverting global attention from the IDF’s operations in Gaza. And, by and large, this effort has been successful both directly and indirectly: the international response has been both to shower Israel with praise, and to continue to provide material support for the IDF in the form of arms deals and foreign aid.

What we are looking at is veganwashing. While the apparent rise of veganism in Israel (the alleged trend itself is disputed in some quarters) is of course a positive thing for animal liberation activism, the manner in which the Israeli media present these stories is not only an insidious appropriation of an otherwise commendable cultural movement, but a blatant exaggeration of the facts. As Palestinian animal rights activist Ahmad Safi notes, although the IDF began introducing vegan army-wear as long ago as 2012, this story is recycled every year or so and each time framed as ‘news’. This propaganda technique is not only employed by the Israeli media channels, but is reinforced by our own media, as evidenced by the aforementioned BBC radio report. In this instance, the BBC provided a platform for an IDF soldier to claim that the army works solely to “defend the citizens” of Israel, but failed to mention the illegal settlements, mass civilian displacement, and “disproportionate and indiscriminate” attacks on Gaza conducted by the IDF. The damningly mild demur that a vegan carrying a firearm is “a little odd” is, sadly, symptomatic of a wider blindness in the Western media to the structural asymmetry of power in the Arab-Israeli conflict, and only serves to greaten this imbalance.

But this problem is not just unique to the media: many high profile animal rights organisations have flocked to commend Israel for championing the vegan movement. Following the announcement – and re-announcement – that the IDF now accommodate vegan service members, PETA lavished praise upon the army for fostering compassionate lifestyle choices, suggesting that other armies ought to “take a leaf out of the Israel Defence Force’s book”. This embarrassing lack of criticality not only reinforces the Israeli veganwashing, but, as Safi explains, “When animal advocates congratulate the IDF for eating cous cous during their lunchbreaks but pointedly ignore the starring role the IDF plays in the violent oppression of the Palestinian people, this sends a clear message to us that our plight is unimportant”. Organisations like PETA seem not to recognise that the IDF’s self-alignment with the animal liberation movement, while undermining the human rights of Palestinians, is a barefaced double-standard. 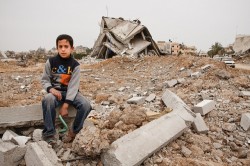 The rhetoric surrounding the promotion of animal rights in the Israeli media often also comes with a dangerous religious dimension. When the Times of Israel locates the basis of the Israeli vegan surge in “the kosher Jewish dietary code, which forbids the mixing of meat and dairy products” and which therefore has led “to widespread acceptance of substitutes”, they imply that accommodating a vegan diet is somehow written into the Jewish religious constitution. This is problematic as, by way of contrast and within a wider context of anti-Islamic discourse, statements such as these present Islam as inherently less compatible with veganism, and Muslims as thus inherently less humane. This suggestion was made more explicitly last year in an article for the Jerusalem Post, in which the author remarks that “Eid al Adha, the Muslim Festival of Sacrifice […] often gives rise to debates about cruelty against animals”, and goes on to assert that “Palestinians have something of an international reputation for being particularly cruel to animals”. Such essentializing claims not only border on Islamophobia (silencing the fact that kosher slaughter has also been criticised by activists in the past), but serve to discount the work being done by Palestinian animal rights groups, such as the Palestinian Animal League.

This is not to suggest that the majority of Israeli vegans have opted for plant-based diets for anything other than the most honourable reasons: due to a heightened awareness of animal suffering in the meat and dairy industries, and the damaging impact these industries have on the environment. Nor do I doubt that for many Israelis, vegans and non-vegans alike, the occupation of Palestine is unjustifiable. However, for the Israeli media and the IDF to co-opt this cultural shift as part of a propaganda effort to deflect attention from the ongoing violation of Palestinian human rights – an effort reinforced by both our own media and depoliticized international animal rights organisations – is a shameful misappropriation of a movement born out of the belief that all living beings deserve to live free from harm. Any form of veganism which fails to recognize this leaves a very sour taste indeed.

Clare Hymer is the Arts & Culture Co-Editor of the Warwick Globalist. She is studying for an MA in Philosophy at Warwick, since finishing her undergraduate degree at the University of Cambridge. She is also a faltering vegan.