The Women I Would Invite to Dinner 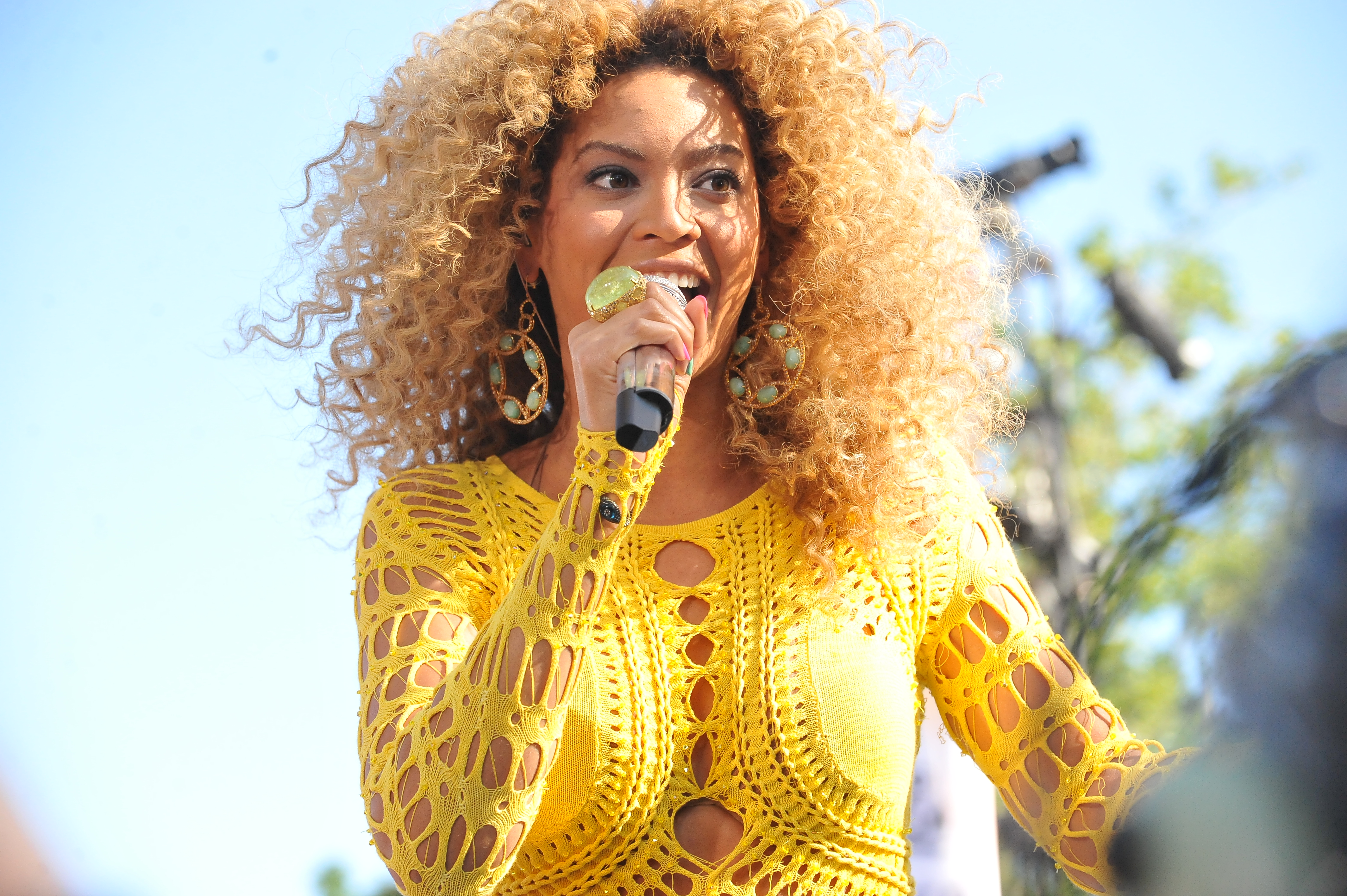 Caryl Churchill opens her 1982 play Top Girls in an impossible reimagining of the Final Supper: her protagonist Marlene, recently promoted to head of her employment agency and a figurehead for the power-shoulder clad feminist icon of the decade, hosts an all-woman dinner party to toast her success.

The invited guests range from the historical to the fictional. Nineteenth-century travel writer Isabella Bird sits alongside Chaucer’s much-abused Patient Griselda and Pope Joan, who was promoted to head of the Catholic Church in the ninth century. Also present is Lady Nijo, a thirteenth-century Japanese courtesan who endured a life of sexual exploitation in the Emperor’s court before escaping to become a nun. Completing the table is Dull Gret, a peasant-woman depicted by artist Brueghel leading an army of women against the devils of hell.

The histories of these women, each successful and ferocious and abused and intelligent in turn, establish the play’s predominant themes of class, gender and capitalism. Acting throughout as spokesperson for a right wing, individualised model of feminism, the diamond-hard Marlene is both celebrated and loathed for her success by the women around her. Financial independence and class mobility are hers to be won in an era when socialism has suffered, and is suffering, global defeat, allowing capitalism to emerge as the prevailing world order.

The socioeconomic climate of Top Girls is thus toxically competitive. The celebratory premise of the opening scene is quickly replaced by a collection of estranged individuals unable to relate to one another’s sufferings, as experienced women and aspirational girls alike are pitted unsuccessfully against men for jobs. Particularly poignant is the fractured relationship between Marlene, her sister Joyce and her niece Angie, which explores the (regrettably inevitable) sacrifices imposed upon women pursuing careers within a patriarchal system. Ultimately, the play asks us to consider how one can measure a woman’s worth, and what a woman must do to be considered successful.

Over thirty years after the Top Girls debut, society remains eager to determine a woman’s success against near-impossible, certainly untenable standards. Magazine pages ripple with demoralising examples of bionic women who rise at dawn, run three multi-national companies and a popular lifestyle blog simultaneously, all the while finding time to appear absolutely put-together. Combined with the perceived increase in opportunities for women, this contributes to an incessant drive to do more, be more; to out-run and out-live ourselves. This pervasive ‘have-it-all’ mentality, the millennial spawn of Marlene and her contemporaries, undermines the very same vision of female empowerment it would promote. It encourages women to subscribe to the notion that anything less than total – social, familial, economic and aesthetic – success is a failure. 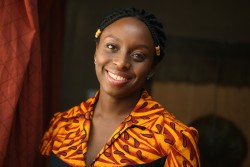 Admittedly, the fact that women are able to compete whatsoever should be celebrated; so too should the growth of a more accessible, inclusive feminist discourse that is useful to women of all religions, professions, races and ages. It might strike some as superficial or commercial to cite Beyoncé’s sample of Chimamanda Ngozi Adichie on the track ***Flawless as an example of this, but it is undeniably an elegant example of an effective call for true gender equality that was absorbed by a mass and diverse audience.

There remains, however, the danger that popular opinion could conflate contemporary feminism with something like Taylor Swift’s girl squad. Vanity Fair describes this gaggle of impossibly beautiful women thus: “Swift is the ringleader of a crew of models, actresses and singers who have one another’s backs and rack up Instagram likes by the millions.” Theoretically, this should be a positive example of multi-talented women working to further the feminist cause. More problematic, however, is the implication that this “crew” is exclusive; there’s is an aspirational feminism, a private club open only to members deemed worthy.

Moreover, amongst all of the ‘millions’ of Instagram likes, what story is Swift’s squad telling? A self-proclaimed feminist, Swift has expressed resentment towards the humiliating media scrutiny on her love life, arguing (justifiably) that no male artist would be treated in a similar manner. However, her egotistical reaction to a tweet from Nicki Minaj effectively (if unintentionally) silenced Minaj’s attempt to generate a productive dialogue about an intrinsically racist industry, whose demeaning presentation of the black woman’s body as a cheap sexual commodity contrasts entirely with its celebration of white artists.

Like the women in Top Girls, who turn unsympathetic ears away from other women in order to assert their dominance, Swift was listening to her own narrative, one in which feminism is a straightforward question of girl-power, uncomplicated by other issues of race. It isn’t. Yet Swift decided that any version of feminism that didn’t align with her own was only worthy of immediate attack and dismissal.

As she later admitted, Swift had “missed the point”, for feminism in 2015 needs a truly diverse chorus of voices if it is to gain further ground in the fight for true gender equality. Thus inspired by Churchill, and disillusioned with Swift’s united front for feminism, I began to consider an answer to that most meta of all clichéd dinner party questions: who would be at my ideal, all-woman dinner party? 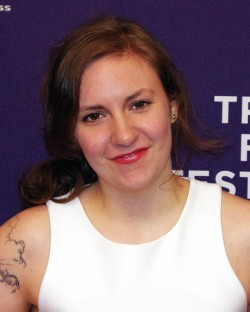 As with most major hypothetical decisions, it was easier to decide first who wouldn’t make the cut: Lena Dunham, for one. How she was branded the voice of a generation I will never know. Maybe somewhere between her crude self-admiration and overwhelmingly facetious examination of what it means to be an over-privileged, underworked twenty-something in New York – more commonly known as the hit television show Girls – we all went deaf. Megan Raynor would also be barred, for reasons too long and obvious to examine in detail here. Similarly, I would cancel the entire event were either Stephenie Meyer or E.L. James aware of its existence; ours would be a table of women who would refuse to pander to any regressive sexual fantasy.

More interesting would be to see Bathsheba Everdene, the fiercely independent heroine of Thomas Hardy’s Far from the Madding Crowd, whose resolute attitude towards her business and her marriage is still refreshing, two hundred years after her fictional genesis. She would be seated in between her creator’s neglected wife, Emma Hardy, and author Angela Carter, whose collection The Bloody Chamber features hilariously graphic, empowering re-imaginings of classic fairy-tales. Brought together, these women would doubtless illuminate the realities of marriage, relationships and women’s role in the public and private sphere. 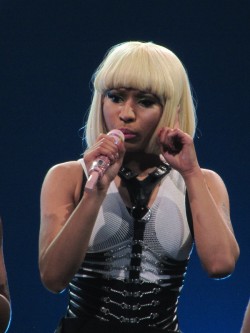 Opposite these trio I would place Nicki Minaj, whose experience of being a woman deeply invested personally, creatively and financially in her sexuality, all within the parameters of the overtly hypermasculine realm of hip-hop is utterly fascinating. Next to her, Jyoti Singh, victim of the unspeakably horrific Delhi bus gang rape in 2012 and the tragic counterpoint to Minaj on the much contested spectrum of female sexuality: it can be exploited as a weapon, or abused as a weakness, but is ever worthy of discussion.

Overseeing it all would be Amy Poehler, who has deservedly earned universal recognition as that most elusive of all creatures: the lesser-spotted funny woman. Besides, her impeccable comedic timing would be useful during a dinner party specifically designed to provoke debate.

If all of these women were brought together, the discussion would inevitably evoke similar themes explored in Top Girls that remain relevant today: sexual abuse and violence against women, female emancipation and the realities of gender inequality. The persistent relevance of Top Girls should be deeply unsettling; it proves that, throughout history, women have been confronted by various mutations of the same fundamental inequalities. Feminism must therefore present a united yet mutable front in order to adapt and overcome future challenges – and women should always be ready, and encouraged, to share their stories (bottles of wine optional, but advisable).