Transgender Culture in the Middle East and Asia 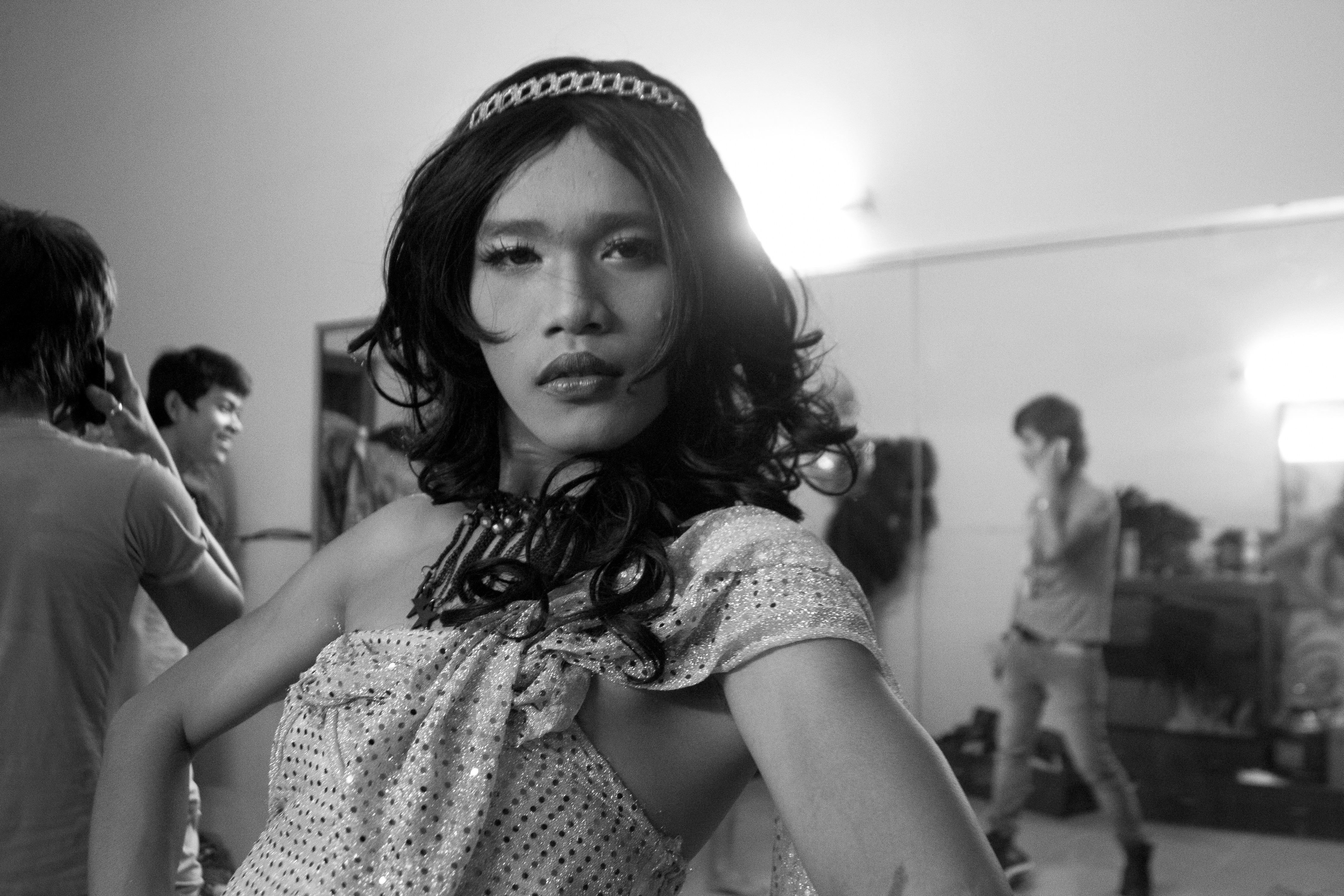 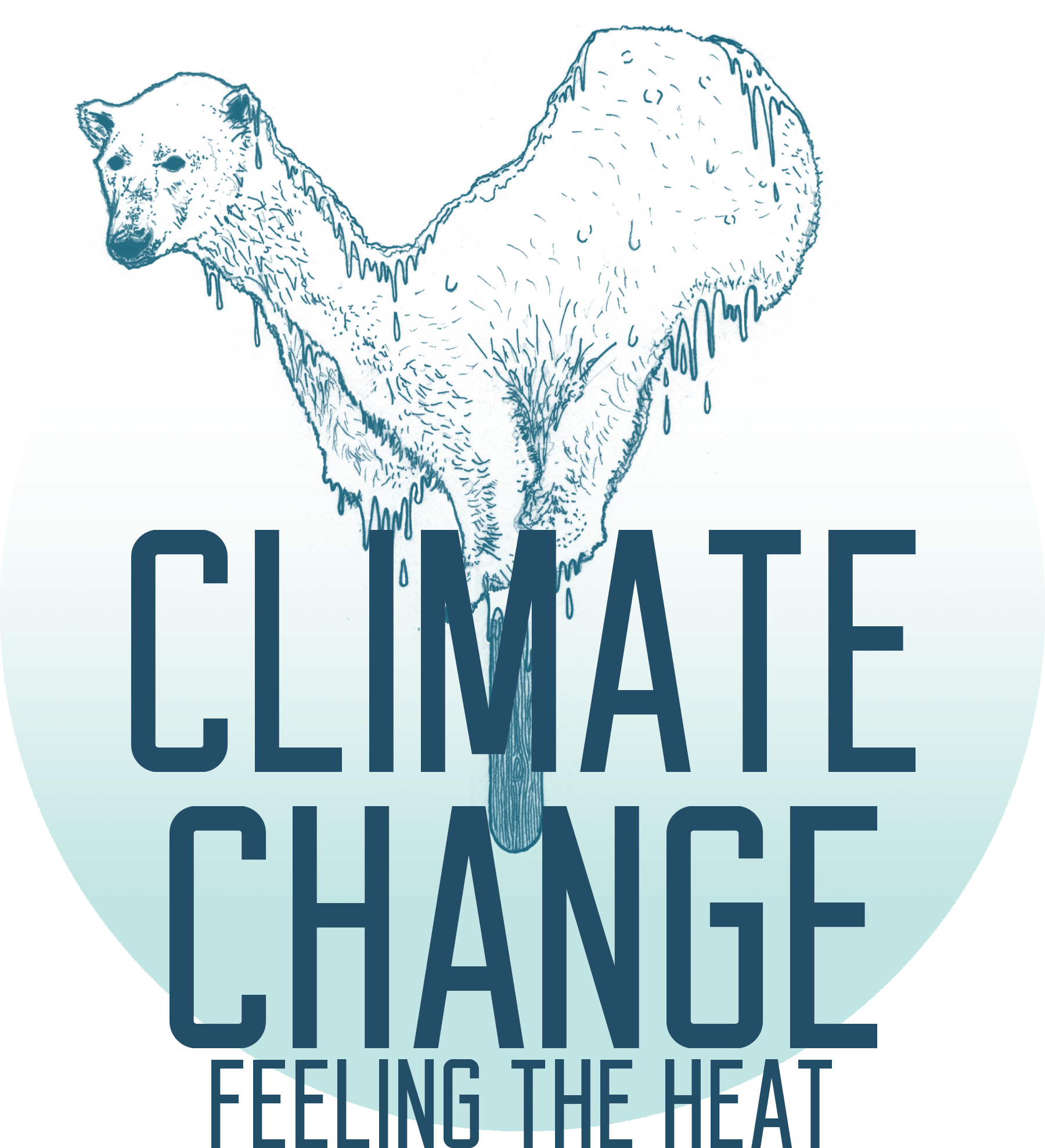 RuPaul’s Drag Race, a popular American reality television show which follows the search for America’s next drag superstar, is now in its eighth series. The show’s presenter, RuPaul – an illustrious figure who has worked in modelling, films and music – oversees drag queens’ responses to challenges and performances that decide the ultimate winner. The show celebrates extravagant costumes, varied personalities, and the vast spectrum of sexual orientation spanning from gay men to transgender women.

Although it should be noted that the Western world is in no way exempt from responsibility regarding the ill-treatment of transgender people – we should in no way imagine it as the “establisher of the good society, championing women and queers as objects of protection from their ‘racial and national kind’ in a continuation of imperialism” (Rao: 2014) – this sparkly, ostentatious, and increasingly mainstream series differs drastically from representations of transgender people in the Middle East.

A useful starting point is Pauline Park’s work on transgender identities and spiritual traditions in Asia and the Pacific, in which she challenges the idea that LGBTQA+ identities are a “purely modern phenomenon,” stating instead that these identities may have altered from, but originally have roots in, pre-modern cultures. Chinese euphemisms for homosexuality translated into English as ‘the cut sleeve or half-eaten peach’) were coined more than 2,000 years ago in reference to intimate relations between men.

This contrasts with some contemporary opinions which see homophobia as an import from the West. In fact, homosexuality became a criminal offence under the Qing dynasty, and remained so until 1997, and it was only in 2001 that the state removed it from the list of mental disorders. This is just one example of pathologisation as a tool to wield control over ‘non-conformative bodies’; that is, those who do not conform to prescribed states of ‘normality’.

In India this October, on the other hand, a small-budget puja (worship committee) in West Bengal set a precedent by worshipping a ‘transgender’ deity. A founding member of its partner collective, Pratyay Gender Trust, explained the move as part of an exploration of gender within the often misogynistic structures implemented under the British Raj rule, and hoped that this transgender icon will spark a more productive, inclusive discussion on gender.

Such an attempt towards a more open stance towards transgender evinces the hitherto tendency to marginalise these people in India. ‘Hijras’, transgender individuals who have existed since antiquity and are represented as portents of fertility and prosperity, are confined to separate communities. Despite new laws put in place in 2014, Al Jazeera reports that “discrimination in India’s healthcare system against transgender people remains rife,” citing reports of refused treatment and incompatibility with the male/female binary patient classification. Exclusion within healthcare appears symptomatic of a broader hostility towards transgender people, who nonetheless have occupied a strong place in Indian history. 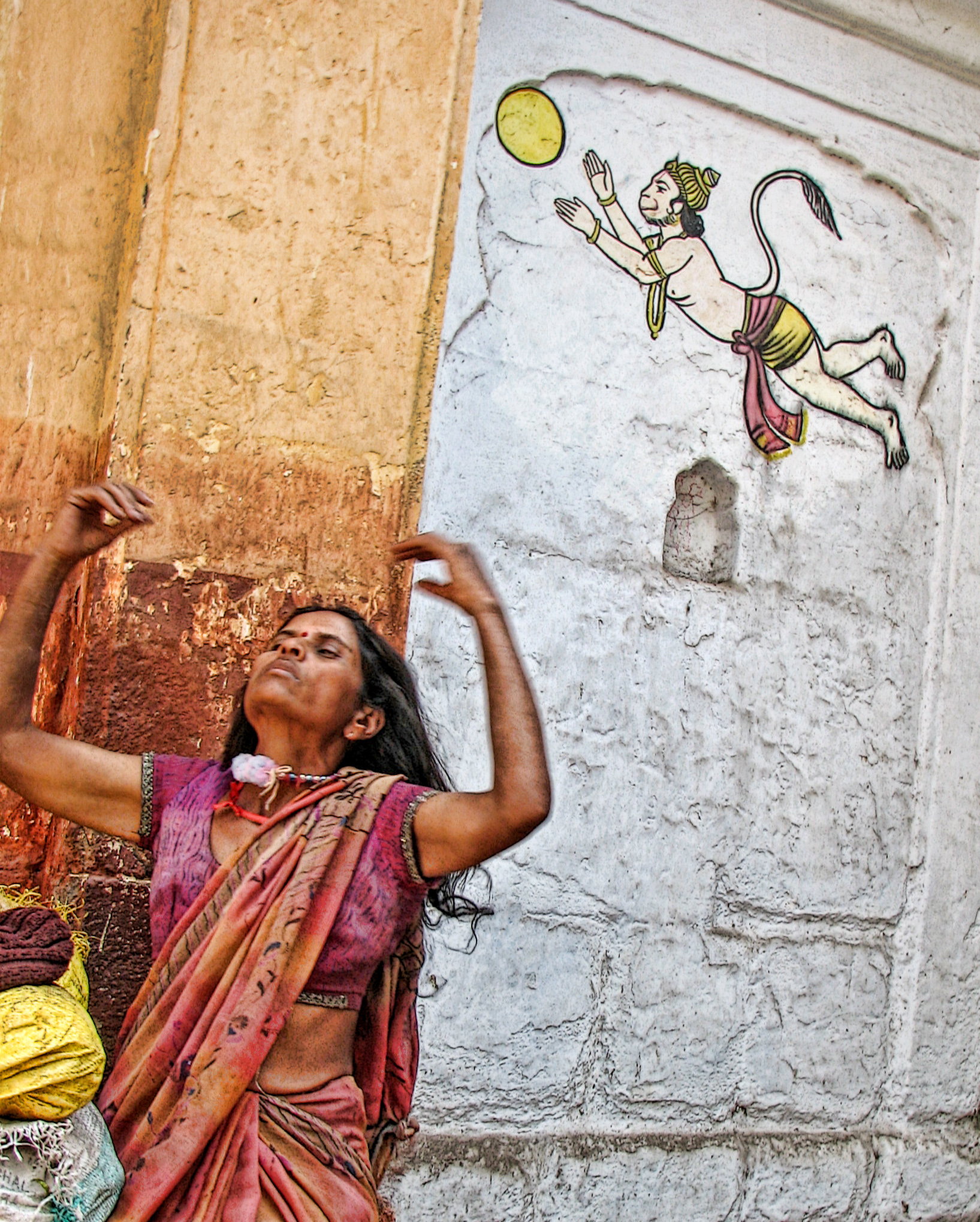 This discrimination is met with LGBTQA+ activism across the Middle East. The Supreme Court in Pakistan now recognises the third gender on national identity cards, a step towards the incorporation of a gender that is relegated to positions of economic and social disadvantage across the world. Israel purports to be a gay and queer friendly nation – albeit a claim that is vehemently contested by those who see it as a method of covering up its human rights abuses against Palestinians in the occupied territories.

Alongside the legal system, the transgender question has also entered the political sphere. Notably in Palestine, the group alQaws for Sexual & Gender Diversity in Palestinian Society seeks to reform the current perception of gender by disrupting the capitalist, patriarchal or colonialist structures that have previously determined it. alQaws has also targeted healthcare, introducing an initiative in 2009 that provides vital sexual health information to break down the stigmatisation of transgender people. ‘Singing Sexuality’, a youth music project, portrays queer experiences by expressing vocally what has previously been repressed. For alQaws, gender identity is inextricable from Palestine’s culture and history, and it is these foundations that should inform models of sexual diversity rather than Western ideals.

Moreover, recognition of queer identities in Asian and Middle Eastern popular culture is also improving in, for example, Bangladesh. The capital’s first comic strip engages with social challenges faced by the LGBTQA+ community through the portrayal of a lesbian character discovering her sexuality. Another important first is Facing Mirrors, an Iranian film following a transsexual man, Edi. Born Adineh in an upper-middle-class family, he tries to flee Iran for a sex change operation. His family’s endeavours to coerce him into a marriage with his cousin, complemented by the role reversal of the taxi-driving woman, draw out the psychological and social conflicts surrounding gender in the tightly-censored country. 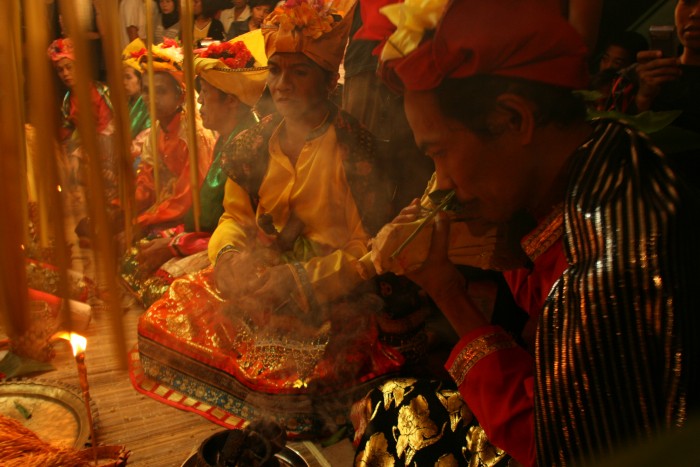 The importance of female gods within South Asian religious traditions bestowed prestige upon males who dressed up in female attire: they were viewed as “sacred mediators between males and females and between the spheres of humans and the domain of spirits” (Mara Race). Interestingly, the Indonesian Bugis ethnic group recognise five genders. One of them, ‘bissu’, could otherwise be described as ‘gender transcendent’, and were thought to communicate with the gods as priests as well as exercise powers of healing. Another prominent transgender group in South Asia is the Kathoeys (English translation: ‘lady boys’), who often work in Thailand’s entertainment, tourist and sex industries, demonstrating areas in which transgender people are fully integrated into modern culture.

In contrast, Dan McDougall, a prominent human rights journalist, has photographed several transgender individuals escaping from persecution in Syria, a country where, according to human rights activist Halim, being gay “cannot get any worse”. He cautions that these people are often more at risk from their own families than from ISIS. The report details horrifying torture, starkly opposed to the quiet voices of the victims: bodies hoisted into the air until they pop out, brutal treatment of genitalia, and “rooftop-to-ground murders of allegedly gay men at the hands of Isis”. The representation does not come from the Middle East, but it offers a snapshot of the more extreme response towards transgender.

For millennia, transgender identities have been integral to the ancient traditions of countries throughout the Middle East and Asia. More recently, tighter controls surrounding gender in these countries have been countered by cultural representations that investigate gender identity in a politicized, reflective way. This is an ever-evolving dialogue that continues to provoke reflection on gender identity, and how a country’s historical and cultural development shape, inform, and challenge it.

Lizzy Yarwood is the Warwick Globalist’s Themes co-Editor. She is studying English & French at Warwick.