The Americanisation of the Holocaust: Appropriation, Obscuration, and Trivialisation?

In his essay ‘Who Owns Auschwitz?’, Holocaust survivor Imre Kertész wrote: “More and more often, the Holocaust is stolen from its guardians and made into cheap consumer goods. Or else it is institutionalized, and around it is built a moral political ritual, complete with a new and often phony language.” Nowhere is this phenomenon more apparent than in American culture, writes Helena Skinner.

The 2004 documentary Paper Clips follows a middle-school class in small town Tennessee as they embark on a Holocaust memorial project. The community garners international attention as they attempt to collect 6 million paper clips to place in an authentic cattle truck imported from Germany, in a bid to comprehend and represent the human loss. They hope it will stand testament to what can be learnt from history; ‘never again’ will such horrors be inflicted. Just as the community commemorates lives, the film attempts to represent and memorialize. But as a glance at the histrionic tag line reveals, the focus becomes somewhat blurred: “It began as a lesson about prejudice…What happened next was a miracle”. The extensive, ‘miraculous’ reaction of the public, and the feel-good nature of the film, encapsulates the overly sentimentalised ‘Americanness’ of the Paper Clips tribute. The documentary features celebrity donations which distract from the cause; it also confusingly devotes narrative attention to 9/11, resulting in a homogenization of human suffering. Rather uncomfortably, Paper Clips presents the Holocaust as a lingering moral paradigm that functions as a touchstone of good in the American cultural imagination. More disconcertingly, Paper Clips is not an exceptional case.

Though only 1% of America’s population are descendants of Holocaust survivors, Holocaust Memorials feature in most large American cities. Creators of the Washington Holocaust Memorial expressed their intention to “Americanize” the Holocaust; indeed, author Michael Donaghue ironically describes his visit as a “liberating national bonding experience”. The laudatory view of Americans enshrined in Holocaust War Memorials is fortified by the engraved testimonies of GIs liberating the camps with chocolate and joviality. It appears America’s morality is validated by the memory of Holocaust, as Jeffrey Shandler articulates in While America Watches: this was a chapter in history that stands as a seeming “violation of every essential American value”. National self-congratulation is perpetuated through the Hollywood Holocaust genre; the popularity of Schindler’s List, for example, can be attributed to the portrayal of the inherently good Oskar Schindler; the use of Christian symbolism renders it comprehensible to an American audience. Schindler’s List is a story about 600 people who survived the Holocaust, as opposed to the 6 million who perished. It seems problematic that many people’s first association with the Holocaust is through this misrepresentative Hollywood film.

The cult of the survivor to some extent embodies America’s idolization of strength: Holocaust survivor Elie Wiesel became a celebrity, dubbed the “messenger of mankind”. The beautification of survivors in documentaries such as The Twins of Auschwitz, Against the Odds and The Voices of Our Survivors all bear startling resemblance to the multitude of post 9/11 memorial mania that continue to sustain America’s image of strength and resoluteness.

Intense American Holocaust interest surfaced in the 1970s, and the broadcasting of Holocaust – a 1978 TV dramatization starring Meryl Streep – satiated demand. Ironically this coincided with perhaps America’s weakest political period: Vietnam and Watergate. With the Holocaust held aloft as a far away horror, many were distanced from the bleak realities of America’s own seedlings of controversy that germinated in the form of the Vietnam War. 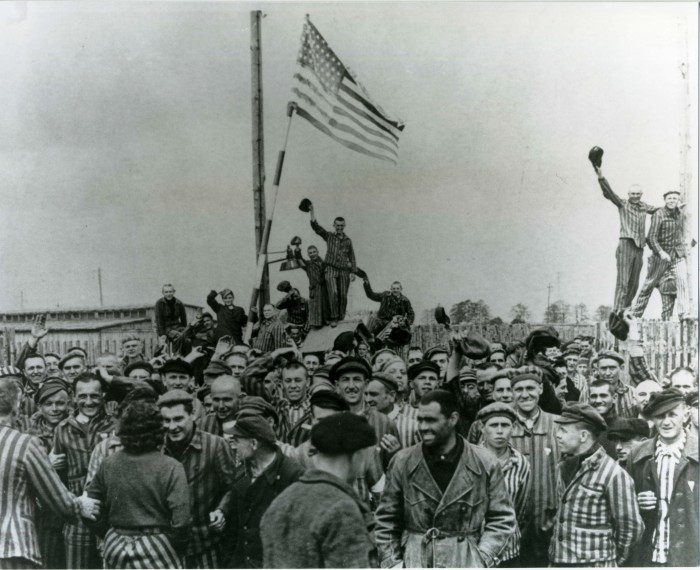 The cultural disengagement from America’s own historical realities is mirrored in the increasing cultural detachment from the sobering realities of the Holocaust. Popular culture has sequestered the Holocaust, universalizing and cheapening it. The Nuremberg Trials were televised and presented by the ‘Holocaust authority’ Stephen Spielberg, whilst Jewish aspects were omitted from films or dramatizations, all in an attempt to render the Holocaust more comprehensible to the American viewer. In this respect, the ideal Hollywood Holocaust protagonist is perhaps Michael Berg in The Reader; the universal Everyman grappling with the burden of the Final Solution.

The universalization of Holocaust experiences threatens to trivialize them. The proliferation of what Jacob Neusner has termed “Holocaustomania” presents the danger of the Holocaust as a commodity. There is an inherent risk of exploiting the emotional element; Elie Wiesel spoke of the schmaltzy 1978 drama Holocaust as transforming “an ontological event into soap opera”. A promotional commercial in the nineties appealed to a new generation of viewers: “Schindler’s List opened your eyes. Holocaust will touch your heart”. Such tactless sales rhetoric encapsulates the risk of sentimentalizing and commodifying the Holocaust.

Arguably most concerning is the recent embrace of the metaphor of ‘Holocaust’ and ‘Jewishness’ for an ever-widening spectrum of subjects. It serves, in the opinion of historian Yehuda Bauer in his essay ‘Whose Holocaust?’, to “release the nations of the West from whatever slight burden of guilt they may still bear for what they allowed or helped Hitler to do to the Jews of Europe”. Although Bauer’s views may be deemed extreme, Western Holocaust guilt is conceivably the force behind a recent problematic phenomenon: the location of the Holocaust within the history of African Americans. Or as Philip Roth expressed it, the “unknown amalgam of the most unalike of America’s undesirables”. After a screening of the documentary Liberators: Fighting on Two Fronts in World War II (1992), an account showing black American soldiers as some of the first liberators of the concentration camps, one critic declared, the “bond between liberators and Holocaust survivors is an American treasure”. The ‘Black- Jewish question’ is therefore an attempt to ameliorate cultural relations in an emotional torrent of shared suffering.

The uncomfortable lumping together of African American and Jewish experience is a testament to the ubiquity of the Holocaust in American cultural imagination. Peter Novick characterizes this as a purposeful evasion of historical responsibility in his controversial book The Holocaust in American Life, noting “a serious and sustained encounter with the history of hundreds of years of enslavement and oppression of blacks might imply costly demands on Americans to redress the wrongs of the past, [whereas] contemplating the Holocaust is virtually cost free: a few cheap tears”. While we may not agree with Novick, the sustained use of the Holocaust as an allegory or metaphor in American culture is undeniably objectionable.

Thus, we see how the conceptualization of the Holocaust in the American cultural imagination is significantly distanced from the ethical imperatives of remembrance. The montage shots of unsullied suburban bliss, the white picket fences and immaculate lawns which punctuate Paper Clips are utterly incongruous to the lived experience of the Holocaust. Sensationalist blockbusters have rendered the genocide a universal experience, a moral paradigm that to some extent denotes America’s own turbulent history. Perhaps the recent trend of films concerned with the African American experience, in particular the immensely popular and sensitive 12 Years a Slave signals a turning point, a final confrontation and reconciliation with America’s own history. As an English film, it encapsulates the issues at hand, demonstrating it is not a matter of who owns an experience, but why and how it is portrayed. Looking at America’s relationship with the Holocaust highlights the pitfalls of representing and memorializing history deemed ‘inexpressible’: history cannot be owned, but depictions must be faithful to those who experienced it.