Maasai in the Balance: Tourism and Cultural Heritage in East Africa

Themes co-Editor Pim Pearce examines how the tribespeople of the Maasai in East Africa are reconciling destructive global tourism with their traditional customs. 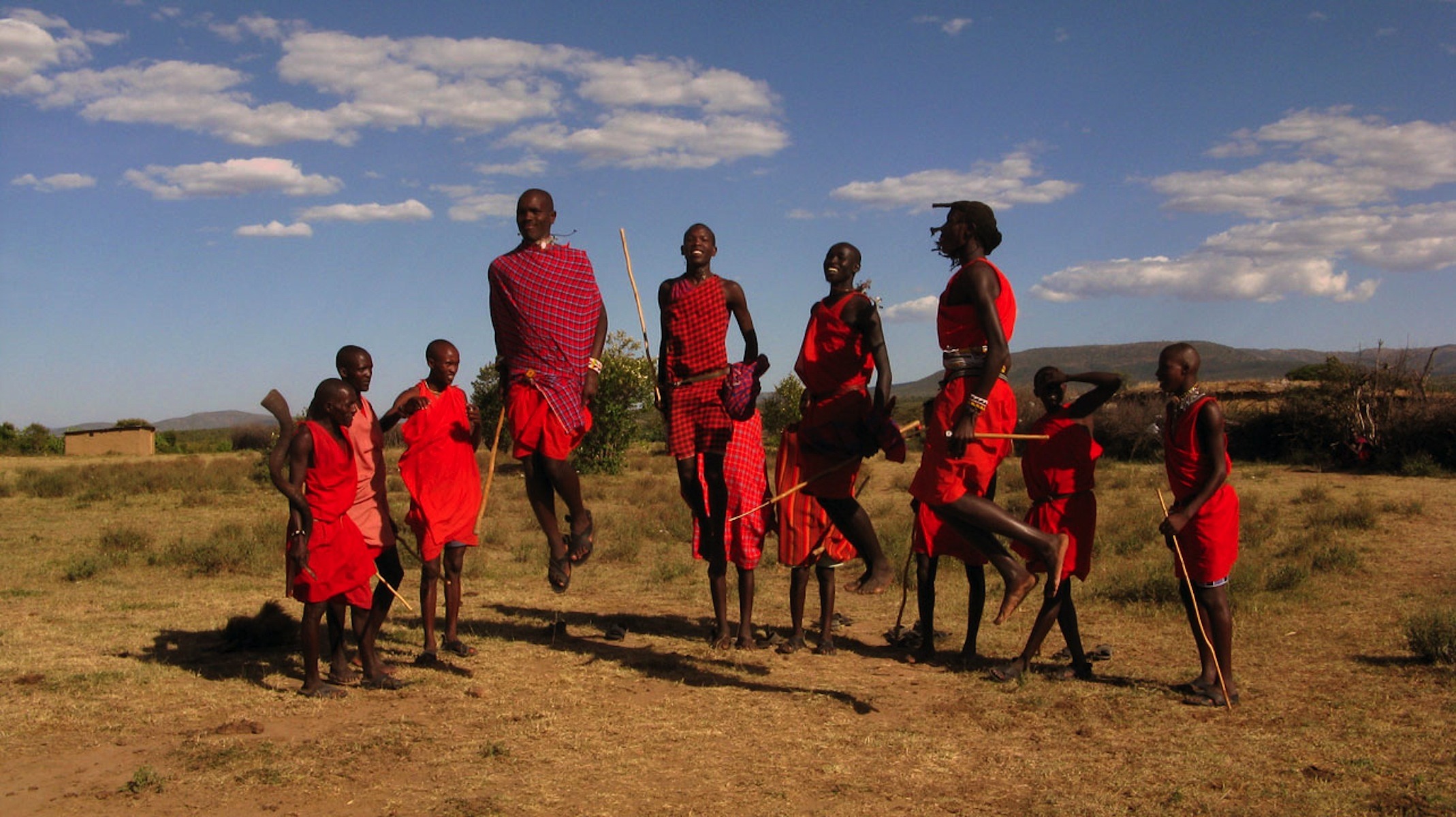 Every year, many hundreds of thousands of well-heeled tourists descend upon the Serengeti and Maasai Mara plains, eager to spot the elusive ‘Big Five’ from their Cruisers and Rovers. As they crest the horizon in droves, it is easy to see the attraction: the scenery is superlative, communicating a timelessness that speaks to our Neolithic past. If routine and banality are the salient weaknesses of modern life, the subliminal quality of this dramatic landscape is their visceral cure.

But this is not just a land of wild animals and Baobab trees: this is the historic homeland of the Maasai and the origin of mankind. Our ancestry may be traced back to these sun-soaked soils, specifically the Great Rift Valley in Kenya, a fracture in the earth’s surface running over 35,000 kilometres wide and stretching from the depths of the Red Sea to the humid highlands of Mozambique.

The Maasai are undeniably a trademark of the way Africa is still seen by so much of the rest of the world. Those familiar with their post-box red shuka clothing will recognise how they have become a well-used emblem for East Africa’s now prolific tourist trade. Nomadic and fiercely traditional, the Maasai tribespeople have borne witness to countless foreign interventions, whether in the form of colonial conflict or more recently by neoliberal investors looking to capitalise from the lucrative deals in the safari industry.

The Maasai are living on a goldmine of prime African land being rapidly taken up for luxury ecotourism. Their unique ‘selling point’ has even attracted the shrewd eyes of those in the fashion industry – notably in GQ Magazine’s 2014 feature on the singer Pharrell Williams, swathed in the red-ochre tones of traditional Maasai tribal wear.

Several years ago, Louis Vuitton released a male fashion line under the Maasai name, together with numerous shawls and accessories labelled as “very masculine and trendy”. British car manufacturer Land Rover also seized the opportunity to profit from the growing international interest in fashionable representations of the African continent. Their Maasai 4×4 range includes dark-tinted glass side panel windows specifically designed for their toughest drive, The Defender.

In many ways, it is easy to see what allured these companies in the first place, for the Maasai are striking to any foreign eye. They simultaneously endorse and oppose Western ideals of feminine and masculine beauty: both Maasai men and women adorn great circular beaded collars, copper coils and extended lobes, and the preferred male aesthetic is that of the lean and muscular warrior physique.

But to turn the Maasai into this level of a spectacle and to quell any guilt over their exploitation with stereotypical answers of grassroots sustainable tourism and cultural heritage is to highlight a very modern conflict about how the West positions itself as a beacon of the free world.

The crux of this issue – that is, the ethicality of these various Western projects – is one already saturated with debate and conflict. Some aspects of development in the fertile soils of the Maasai homeland is deemed beneficial. The sheer force of international and domestic pressure has seen many of the Maasai reveal what was already an intrinsic entrepreneurial spirit, turning their exploitation into fortune via tea-leaf cultivation in the famous highlands of the Rift Valley or by guiding tours themselves. In Tanzania, for example, it is possible to spend a day “hunting” with the Maasai tribesmen by following a group of young Maasai males into the bush and partaking in the catching and roasting of wild rabbits and bush squirrels. This is not a unique phenomenon: all over the world, cultures are increasingly competing for the same physical spaces. One small corner of Africa, but this is surely the eternal challenge of our planet – how we can survive and grow without destroying our legacy.

Pim Pearce is the Warwick Globalist’s co-Themes Editor. She is in her final year of an English Literature degree.