In Defence of the Localitarian: The Superfood Farce

Arts & Culture co-Editor Kat Burdon discusses the concept of ‘eating clean’, a recent phenomenon driven in part by food bloggers encouraging readers to follow a healthier diet. The article exposes the way in which eating ‘cleaner’ has been falsely equated with a greener, more ethically sound lifestyle through the faddish promotion of ‘superfoods’ – many of which are expensive and fundamentally damaging to the environment.

As viewers of the The Great British Bake Off watched Mary Berry, a woman defined by good cake and great floral cardigans, bite into a crumbly gluten-free pita and declare it “delicious”, it became clear that the cult of eating clean has – like all zeit-geisty movements – inevitably gone too far.

The episode in question, “Alternative Ingredients”, was a bizarrely incongruous hour in a kitsch series otherwise dedicated to sheer baked gluttony. More importantly, it was a perfect manifestation of the “free-from” approach to food that has altered consumer habits in recent years.

Thanks to both a heightened interest in the impact of diet upon long-term health and aggressively effective marketing campaigns, Western appetites have taken on a distinctly greenish hue. Gluten and dairy have variously been declared the root of all evil and digestive issues, helping sales of specifically gluten-free foods in the UK rise by 15% to £184m in 2014. Non-dairy milks have now become a ubiquitous feature in most supermarkets. Previously humble, unknown or even unpopular foods like blueberries, chia seeds and avocados have been (re)marketed as ‘superfoods’, owing to their high nutritional content and apparent superpowers (common opinion suggests that they can aid weight loss and strengthen the immune system).

The super fad has its superheroes; and, like superheroes, superfoods are numerous and interchangeable. In fact, typing the term ‘superfood’ in to Google returns over 12 million results, with new favourites emerging every year. Vogue’s 2015 superfoods to watch are hemp seeds, bee pollen, kelp and newly popular grains farro and freekeh.

Portrayed as nature distilled, superfoods have been promoted by celebrities and nutritionists alike as the antithesis of the overly processed nature of Westernised diets. Take the company Innocent drinks, for example, whose most recent smoothies include the South American acai berry, and have famously shunned additives in favour of cheerful wholesomeness. Companies like Innocent have helped to foster the common assumption that health foods equate to an environmentally friendly choice – soothing the ego as well as subduing any lingering sense of responsibility to the environment.

Demand for foods once the preserve of health-conscious hippies has thus grown dramatically to become a billion-dollar market. These obscure grains, non-dairy alternatives and purported superfoods increasingly dominate restaurant menus, supermarket shelves and social media. Food has been rebranded as the key to everlasting health and happiness. Campaigns like ‘five-a-day’ have morphed into a complete mind, body and soul experience. Although the guiding principle – eat more healthily – is still the same, eating healthily now seems synonymous with a raw, organic, meat-free, sugar-free, everything-free diet.

Somewhat dubiously, the leaders in this pursuit of food nirvana are an army of twenty-something, wholesomely attractive food bloggers, rather than scientists or health professionals. For the health-conscious, popular blogs like Deliciously Ella and Oh She Glows offer not just recipes, but an entire way of life. A typical post will either document impossibly beautiful dishes crafted out of ancient foodstuffs, breathily extol the joy of replacing processed sugars with pureed dates, or both. All are laced with an attainable superiority: these successful bloggers are what they eat, and they eat what we could – and should – be eating.

At times reading like amateur propaganda, these blogs nevertheless exemplify an admirably green ethos. The manifold social, environmental and global advantages of following a largely plant-based diet, as many of these writers do, have been well documented. It can no longer be denied that our waistlines and the world’s resources are both in critical danger as a result of wasteful overconsumption. Numerous studies have repeatedly linked vegetarian or vegan diets to a lower BMI, reduced risk of heart disease and even found evidence to link excessive meat consumption with various forms of cancer. Moreover, the inefficiency of animal agriculture (itself responsible for more greenhouse emissions than all transportation combined, as concluded by a UN report) is truly staggering. On average, producing a kilogramme of beef requires15 thousand litres of water. If left unchecked, meat consumption is predicted to more than double to an unsustainable 465 million tonnes by 2050.

In the face of an already mounting food crisis, it is impossible to defend current methods of food production and consumption. Inefficient distribution of resources means that, although it is theoretically possible to produce enough food to ensure that the two billion people currently battling with hunger could enjoy an adequate diet, we are competing with ourselves, wasting land and forcing up prices in order to satisfy the meat-centric appetites of the Global North. Adapting our eating habits isn’t endearingly eccentric or a culinary impossibility, as proved by the success of campaigns like Meat Free Mondays and the on-trend green lifestyle led by Ella Woodward (of Deliciously Ella) and her contemporaries. What was once unthinkable – vegetarianism – has been shown as a powerful means of taking responsibility for our own health, as well as tangibly positive action against food shortages and climate change. 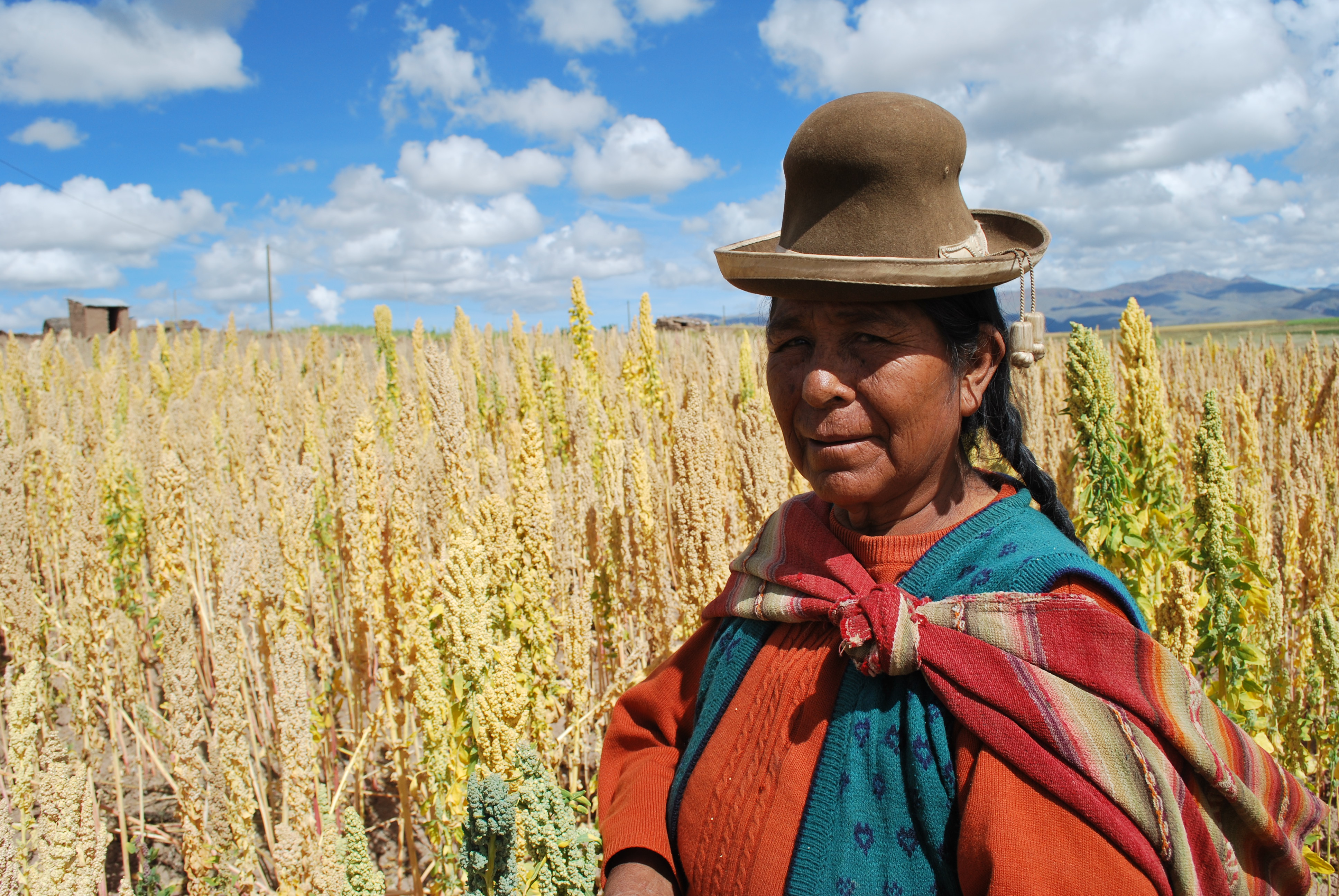 Equally unthinkable, however, were the alternative or exotic foodstuffs which feature heavily in many recipes by writers like Woodward, including – amongst others – quinoa, coconut-based products and almond milk. Ironically, these ethical ingredients are precisely where the clean eating advocates stumble upon their own principles: many of these products are expensive, damaging to the environment and offer less health benefits than bloggers would have us believe.

Take, for example, a popular recipe from Oh She Glows: “Crispy Quinoa Cakes”. A quick price comparison shows that a meagre 300g of quinoa can cost up to £2.35, only fifteen pence less than 2kg of brown rice. Quinoa is predominantly grown in and imported from South America; as its popularity has risen, so have prices, leaving local farmers in countries like Peru and Bolivia unable to afford their main source of nutrition. Coconut farmers in Sri Lanka and the Philippines, meanwhile, receive a negligible sum for their much-desired produce. Without sufficient income to reinvest, their land becomes worn out – yielding up to seventy five percent less produce. 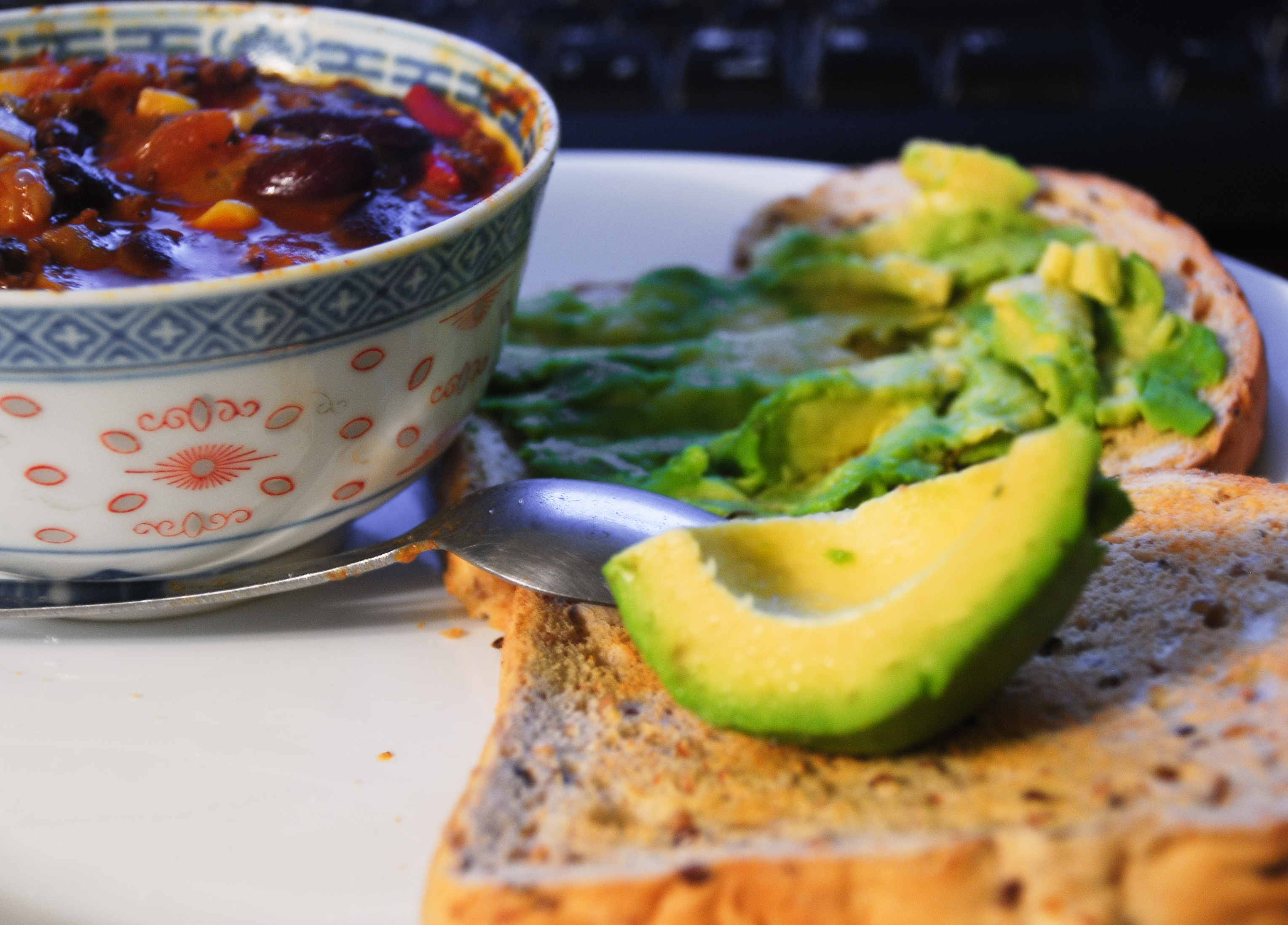 The cult of clean eating has the potential to exhaust resources. Popular products like almond milk and avocados, for example, require need an incredible amount of water for growth.  An acre of avocado trees uses a million gallons of water per year; these fruits are often grown and imported from Chile, a country draining its rivers in order to match demand for these valued exports. Growing a single almond (not a plant, but a single seed) requires 1.1 gallons of water. Whilst almond milk sales in the UK are rising by around 70 percent each year, California – a state that supplies 80 percent of the world’s almonds alone – remains drought-stricken. Such sizeable water footprints make a breakfast of, say, avocado toast or porridge made with almond milk taste a little off.

Mired in ethical and environmental issues, the leaders of eating clean rely upon their intoxicating promise of “superness”. That one, seemingly innocuous and fundamentally meaningless marketing ploy leaves many contentedly ignorant of the environmental and social consequences of their coconut-milk latte, believing they have made a healthier choice. Among the various health claims made by food bloggers, the most bizarre has to be the case of Belle Gibson, creator of The Whole Pantry app, who claimed to have overcome cancer through her diet choices. Although rarely so extreme, few of even the most popular food bloggers can boast genuine medical or scientific qualifications – despite confidently offering assuming the role of expert nutritionist, therapist, life-coach.  It is a troubling case of being lead by example:  their fans have elevated these writers to demi-god status, whereas in reality, these ‘everyday superfoods’ are largely superfluous to dietary requirements.

In fact, what we should be eating every day is, frankly, mundane – and therein lies the problem. The rather unglamorous secret to a truly healthy and sustainable diet is remarkably simple: mostly vegetables, a few apples, pears and autumnal berries, supplemented by locally sourced, organically raised meat and dairy products. Geographical and economic factors render such a lifestyle possibly impractical and  idealistic due to our selfish culture of convenience in which Sainsbury’s can happily – and cheaply – provide our daily avocado fix, even in the depths of January.

There are, fortunately, an increasing number of opportunities that promote a local, ethical diet: Warwick’s own food co-op, for example, run every Tuesday in the SU; simply paying close attention to where food is produced can have a huge impact. If we were willing to take ourselves and our sophisticated palates a little less seriously, perhaps then we would be free to pursue the sort of sustainable lifestyle from which consumer, producer and planet each stand to benefit.