Will the EU Survive Another Decade?

Avery Coleman discusses the faults and obstacles that the EU faces, ranging from Brexit, to the Yellow Vest protests, to globalism

The European Union has had its fair share of troubles as of late. With Brexit, the Yellow Vest riots in France, and the rise of right-wing nationalism across much of Europe, its very survival is in question.  While Brexit seems to be the most pressing matter for the EU, a series of sociopolitical and economic issues across the European coalition raise serious doubts about the legitimacy and longevity of the EU.

The European Union’s goals were always of lofty one. Considering the tumultuous history of Europe, attempting to bring together an entire continent with vastly different societies, economies, and initiatives through a strong-armed federation was an undertaking that was sure to cause controversy.

Consider, for example, the Euro. The Euro is a powerful currency that better suits the needs countries such as Germany and France rather than a country with a weaker economy such as Greece. Yet, the EU obliges a Greece, where a currency as powerful as the Euro causes serious difficulties for small businesses and imports, to use the Euro when their economy is already suffering from financial troubles. While the Greek crisis is no longer front and centre, there is no doubt that the Greek economy is still yet to fully recover. 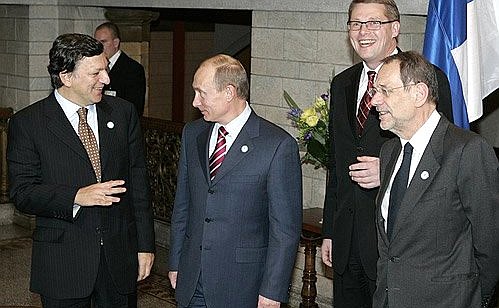 While Greece has struggles to keep pace with the more powerful leaders in the EU, the interconnected state of the Euro means that should a Grexit occur, the financial shocks will still be felt throughout Europe. Even if Greece would benefit more in the long term from leaving the eurozone, financial powers in Europe have a strong incentive to keep Greece afloat through unpopular austerity measures, rather than allow it to leave and operate with a more suitable currency like the Drachma.

While Greece may not have had the economic or political capital to be able resist the influence of European Union elites, Britain does. A similar sentiment that was brewing in Greece with the rise of the Syriza party took hold in Britain, and so Brexit became the decision of the British people in 2016.

Brexit introduces a whole new dynamic into the unraveling of the EU that shows that even the main founders of the EU may leave the coalition sooner rather than later. While the UK has historically maintained a rather distinct identity from the rest of continental Europe, especially in preserving the pound sterling instead of adopting the Euro, Brexit has already undermined the EU in a number of ways.

Nobody knows exactly how the chips may fall until the UK finally comes to a final Brexit decision, however, its exit from the European Union has left the EU without one of its primary members, like a United States without a Texas. If it is a hard Brexit that Britain assumes, something that looks more and more likely as time goes on, then it would be more accurate to call the EU the Continental European Union, estranged as they would be from one of the most powerful countries in Europe.

Another factor that brings serious legitimacy questions to Europe is the increasing globalism that the coalition brings that adversely affects less powerful and influential nations such as Hungary, while also causing outrage among the many, especially the working class, in larger states like France. The strong EU government, headed by Donald Tusk, has an enormous amount of power over the daily lives of people throughout the EU. As is apparent by the rise of populism across the EU, many people are not pleased by this political dynamic.

The differences amongst the various EU countries are made all the more clear in times of crisis. While some countries such as Germany have been leaders in addressing regional crises, such as the Syrian Civil War by allowing hundreds of thousands of refugees into their borders and integrating them into their society, with a fair bit of difficulty, imposing a similar obligation on a country such as Hungary that does not have the same resources available brews resentment in the populace.

In fact, one of current Hungarian Prime Minister, Viktor Orban’s, main campaign platforms was and will be in the coming election a rejection of the European Union. Until now, Orban has argued that the European Commission is a puppet of George Soros that seeks to bring millions of immigrants into an apprehensive Hungary that cares more for political influence on the world stage rather than the needs of the individual peoples living in the EU. 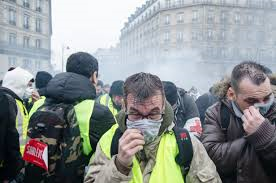 While the European Union may be able to quell a small nation such as Hungary, it has a harder time ignoring more powerful countries. The Yellow Vest movement in France primarily stemmed from tax hikes in France, as a result of increasing ‘green’ initiatives, spearheaded by Macron. While the taxes may have had good intentions, reducing carbon emissions within France, they largely disregarded the voices of the French living outside of the big cities like Paris that relied heavily on gasoline for their livelihoods.

The Yellow Vest movement highlights a main concern of the European Union in general; that the more elites across the coalition cozy up to each other and become more concerned with their status within the EU body, as opposed more specifically to their own countries, the more the working class peoples in the EU are going to be overlooked.

As mentioned previously, in many ways, attempting to bring together dozens of different countries with vastly different societies was always an ambitious goal that may have been doomed to failure from the start. Especially during times of economic and sociopolitical difficulty, creating policy that properly serves all nations in the coalition and making sure that all members within the EU keep in line with said policies may prove to be impossible.

The European Union seeks to establish a uniform set of international laws and regulations, in a world that is becoming increasingly closed off and hostile with recent developments in the United States, Russia, and China. Meanwhile, struggling EU member states are seeking to latch onto these allies wherever they can find them, even if it is at the detriment to the overall goals and initiatives of the EU.

Against criticism from some in the EU, Italy made a landmark deal with China in a major boon for Sino-Italian relations. With the increasingly unpredictable world that has developed in the modern era, Italy sought to solidify its relationship with Beijing by jointly promoting China’s development strategy of investing in dozens of countries, known as the Belt and Road initiative. With frequent high-level talks occurring between Chinese and Italian leaders, the powers of the European Union have expressed their disapproval with Italy’s increasing dependence on China, which makes them increasingly independent on the EU.

Ultimately, whether or not the EU will survive until 2029 is unknown. But, there have been a large number of growing issues in the European Union over the past few years that seem to foreshadow its collapse. Many have already warned that the EU’s collapse is very much a possibility in the near future. While, of course, there is a possibility that the EU can be turned around, there is a massive unravelling currently occurring in Europe that needs to be seriously addressed from more angles than what is palatable to the elites in the current political paradigm if it hopes to survive. While the future is uncertain, time will tell.

Avery Coleman is a writer from RedBlueDivide.com