The Oscars 2019: a breakdown of the Best Picture contenders

Emma Worrall discusses the various controversies that dogged this year’s Academy Awards, and dissects the contenders nominated for Best Picture.

It’s unfortunate that the Oscars ceremony this year was largely defined not by the films it honoured, but by the controversy around getting a host – Kevin Hart pulled out after igniting criticism about his past homophobia. No new host was announced and eventually the Oscars actually aired without a host (and were still praised, with higher ratings to boot).

The show must go on. Here were some of the narratives behind the different contenders for Best Picture 2019.

Netflix vs. the cinemas

Netflix cemented its domination of television in 2013 when it achieved nominations at the Primetime Emmy Awards for House of Cards. From then on, it has been trying to enter the cinema world the same way. In 2015, Beasts of No Nation was totally shut out but, last year, Mudbound nabbed three nominations. This year, for the first time, a Netflix original, Alfonso Cuarón’s Roma, was nominated for Best Picture. More than that, it tied with Yorgos Lanthimos’ The Favourite for the most nominations this year at an astonishing 10.

However, many people in the industry were hostile at Roma’s success, fearing what it means for the industry. More and more audiences are turning away from cinemas in favour of home entertainment and on demand. Netflix was criticised for not widely releasing Roma in cinemas before it was released on Netflix’s platform. It was turned away from the Cannes Festival competition for not releasing into cinemas. Critics argue that a film with the scale and cinematography of Roma needs to be seen in a cinema, and Netflix actively disincentivises seeing Roma on the big screen, even though it was released to select theatres to be eligible.

Still, Roma has clearly succeeded. Some have praised Netflix for making a black-and-white foreign language Mexican drama mainstream enough to be nominated. It could be argued that Netflix users are much more likely to take a punt on something they wouldn’t usually see like Roma because it is available for free at home rather than going and buying a cinema ticket. But, in that case, where is the line for the Oscars? Will they become as dominated by streaming platforms as television has been?

The Oscars 2019 were lauded as the most diverse ever, and three of the best picture nominees tell black stories and are directed by black men: If Beale Street Could Talk, BlacKkKlansman and Black Panther. This is definitely a big step for the Academy, especially three years on from the #OscarsSoWhite debacle. Indeed, films in the mainstream have felt much more diverse as a whole. One of the ‘snubs’ of the Oscars was the romantic comedy Crazy Rich Asians, though perhaps it was far-fetched to expect the Academy to reward a superhero movie and a romcom in the same year. Another was If Beale Street Could Talk, an adaptation of the James Baldwin novel, helmed by Moonlight director Barry Jenkins, which was critically lauded but not a commercial hit.

Black Panther is the first superhero movie to ever be nominated for Best Picture. Good job, Disney – you got one! While still being a somewhat safe comic-book movie, it is seen as creating an interesting cultural mashup between comic books, black American culture, science fiction and African demarcations. It is (rightly) being celebrated for bringing black voices into such a mainstream phenomenon.

BlacKkKlansman also marked new ground for the Academy: director Spike Lee has never been nominated despite his decades-long career. But what a film to be nominated for! The film uses dark humour perfectly to make its based-on-a-true-story buddy cop premise into something funny and terrifying. Some have accused it of being too overt in its political messaging, and yes, it does occasionally feel clumsy, especially by ending with video of the 2017 Charlottesville protests. Nevertheless, it pitched itself as a film of our times.

However, nominating three black-centric movies did not mean the Academy was going to take them seriously. The Oscars remain dominated by the white and the old. Ultimately, the members of the Academy felt much more comfortable with Green Book, a film about an odd-couple relationship between a black man and his white driver. It is a film about race told from a white perspective and made by white people. 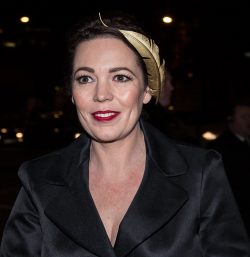 Olivia Colman, winner of Best Actress for her role as Queen Anne in ‘The Favourite’. Image: Wikimedia Commons

Where are the women? Still not in the Best Director nominees, that’s for sure. In fact, none of the films nominated for Best Picture were directed by women. The anger at the Oscars for continuing to let women’s voices be excluded is justified. But let us not forget it is an endemic problem of the film industry as a whole. A tiny percentage of films are directed by women (4% of the top 100 grossing films of 2018). Some of the female-directed films which missed out on the shortlist are Can You Ever Forgive Me (nominated for its screenplay and performances), Leave No Trace, and You Were Never Really Here.

Though not made by a woman (despite the fact that it was co-written by one), it is hugely exciting that The Favourite, a film entirely about the relationship between three women, was tied with Roma for most nominations. It tells the story of Queen Anne and the women who love her and manipulate her. It is stellar filmmaking, with a humorous and interesting script, but what I will take away most from it is how unusual it still feels in 2019 to see a film about the relationships between women which are not filtered through men at all. It’s also great to see a period film about queer women, which are still passed over in stories about women today, let alone royalty in the 18th century. Through the three great performers Olivia Colman (who took home the Oscar for Best Actress), Rachel Weisz and Emma Stone, the women are all shown as very complex and nuanced, but are still allowed to be funny. Again, this wouldn’t exactly be ground-breaking if it were about men, but is so refreshing to see with women.

It appears the Academy made more of an effort this year to embrace films which are mainstream commercial successes after years of being criticised for being out-of-touch with the general moviegoing public. We have to remember that fifteen years ago films like The Lord of the Rings and Gladiator were winning Best Picture as well as being commercial triumphs. But in recent years, the Academy has mostly recognised films with a much lower profile. I think it might be a case of the Academy never really being able to win on this, because they will also get criticised for not featuring films that are more obscure and arthouse. 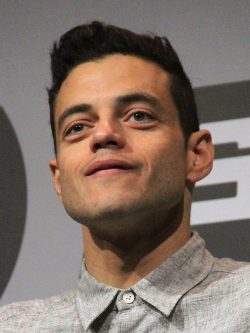 Anyway, as discussed, the Academy honoured its first superhero Best Picture nominee, Black Panther, the highest-grossing film of 2018. As well as this, both A Star is Born and Bohemian Rhapsody rank in the top 15. A Star is Born is the fourth remake of the same property and is seen as a very well-made version of a safe commercial romantic film. At one point, the hype was so big that it was seen as a frontrunner but it dropped off later in the year. Bohemian Rhapsody, another behind-the-scenes music drama, was a lot more divisive. It was almost universally dismissed by critics but received a much more warm welcome by the public (including, it seems, by Academy voters). As well as being seen by critics as not particularly well-made, there was outcry over how the film brushes over parts of Freddie Mercury’s life (especially his queer relationships). Furthermore, accusations of sexual assault levelled against director Bryan Singer hurt the film, too. So why did it even get nominated? Well, there was probably a lot of warmth towards Queen, especially as surviving members of the band have made several public appearances promoting the film. There was also praise for Rami Malek’s performance as Mercury, for which he took home the Oscar for Best Actor.

It felt like a weird year for the Best Picture race, though I couldn’t tell you exactly why. Maybe the films felt like much more of a hodgepodge bunch this year. Rather than the collection of lauded glossy dramas of the past, these nominees ranged from the blockbuster (Bohemian Rhapsody, A Star is Born, Black Panther) to the tonally avant-garde (The Favourite, BlacKkKlansman), to the traditional Oscar-style drama (Green Book, Vice), with even a foreign film tossed in there (though directed by Academy favourite, Alfonso Cuarón)! And the strange thing is, there never seemed to be a clear frontrunner.

The usual way in which the field shrinks and pundits start figuring out who will win is by looking at the earlier award ceremonies and who is cleaning up. The Critics’ Choice top honour went to Roma, as did the Directors’ Guild, but the Producers’ Guild Award went to Green Book, as did the Golden Globe for Best Comedy. The Best Drama Golden Globe went to Bohemian Rhapsody, and the Screen Actors’ Guild for Best Ensemble went to Black Panther. So a few weeks before the ceremony, it seemed that the frontrunners were Roma and Green Book. While Roma would have made sense to me (though, as a foreign language film, would be surprising), the controversy and mediocre reviews around Green Book made it a rather gloomy offering, out-of-step with the younger, more diverse Academy it is trying to present itself as. For my picks, BlacKkKlansman and The Favourite are two of the most innovative, taboo-bashing, bombastic films of the year, and I would love it if the Oscars tried to reward films like these next year.