“Until no bones are broken”: Domestic Abuse in Eastern Europe

“He drove me to a forest, to a deserted spot. He said to put my hands on the tree stump. I was crying, screaming, begging him. He told me to look away and he started to chop off my hands.”

Margarita Gracheva’s aforementioned case is horrifying, but sadly not unique in Russia, a nation with 600,000 women becoming victims of domestic abuse every year. Among them 14,000 end up dead, according to official statistics. With a new amendment on abuse implemented by the Duma last year that loosens laws on domestic abuse, we may be in for an increase in this figure. This law decriminalises the first offence if it does not cause serious harm requiring hospital treatment, even if committed against children. As Yulia Gorbunova, Russia researcher at Human Rights Watch puts it: “The domestic violence bill would reduce penalties for abusers and put victims’ lives at even greater risk.”.

At the same time, leading figures in politics see no harmful consequences in this law. Dmitry Smirnov, head of the Russian Orthodox Patriarchy’s commission on family matters has already expressed the church’s joy over the new amendment as a way to protect the sacredness of the families. In seems, traditional values seem to include domestic violence in Russia.

According to Senator Yelena Mizulina, who led an earlier, failed attempt at passing the amendment in 2016, women don’t take offence when a man beats his wife. Senator Mizulina is already widely known for another such statement, where she expressed the view that parents should be allowed to beat their children without legal consequences. With said amendment passed and sanctioned by Putin himself, there is now no official legal consequence to beating children. It is especially frightening knowing that 11,756 boys and girls were subjected to domestic violence in 2015 – before the amendment even passed. According to the new law, the majority of these cases wouldn’t even make a slight dent in your criminal record.

The support services and the police offer scant help. Many stories report the indifferent or even hostile attitudes of the police towards victims. A typical case is of Anya, who told the BBC in 2013 that a female police officer, instead of helping, said to her: “Why don’t you run away like I did?”. The amendment plans to prevent such cases by fining the abuser if it is their first time. However, cases like Gracheva’s testify to this approach’s inadequacy. As she noted, her husband had already been fined before for 10,000 rubles, but it did not prevent him from brutally and viciously assaulting her once this mere administrative case was closed. In light of all this, and looking at cases like Ms. Garacheva’s, you can’t help but feel like these new laws will simply serve to embolden abusers. 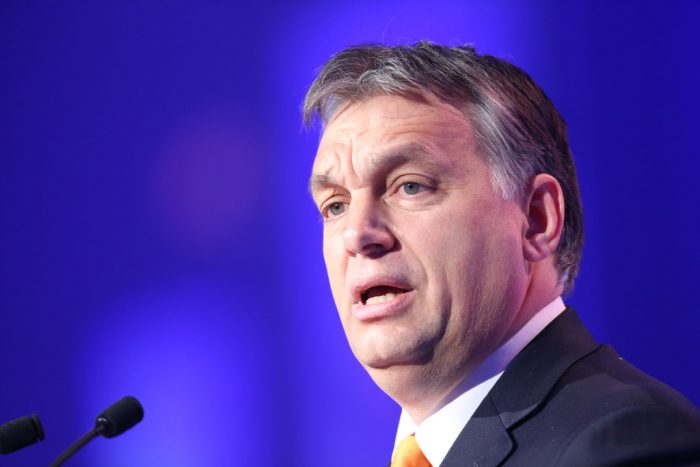 The amendment in Russia resonates with attitudes towards family abuse in other European countries, too. Let us have a look at Hungary, Russia’s most prominent ally within the EU:

“I was called down to the office of the child welfare services and they told me that unless my husband changes his behaviour or I leave, they will take my children. After that, my husband knew he could do anything to me because I wouldn’t call the police for fear of the authorities.”

In Hungary, the problematic attitude to domestic abuse arises from very similar reasons as it does in Russia. Virág’s story tells us the ignorance or even hostility of the support services to victims. A 2013 Human Rights Watch report reveals that the police are not even trained to recognise and properly handle cases involving violence within the home. As Lydia Gall, Eastern Europe researcher at Human Rights Watch said:

“The very people who should help – police, doctors, prosecutors, and social workers – often leave victims with no choice but to go back to the abusers, exposing them to further violence.”

However, whilst the legal framework is not as bad as it is in Russia, it still has a lot to improve on. Until 2013, domestic violence was not even a specific criminal offence. Since then, the law guarantees stiffer penalties for assaults in domestic situations, but it only offers this guarantee after two separate instances of violence, and it does not protect women who do not live with their partners, except if they have children. In a country in which at least one in four women suffer through physical and sexual abuse at the hands of her former or current partner, it is hard not to see the flaws of this law.

The most acute problem in the country is the lack of any imperative to improve or even acknowledge the situation by the leadership. Viktor Orbán’s regime has not had a single female minister until their 4th election victory in 2018. The grand total now? Just one. This is one of the lowest proportions of women among political upper leadership in the world. Orbán “justified” this during a personal meeting in 2015: he refuses to appoint more female ministers because he is afraid that they would not endure the stress of the job. The quasi-official attitude of the leading party executives towards family abuse can be summarised with what István Varga, a former minister of the 2nd Orbán government said during a parliament audition in 2012. According to him, only if women would give birth to more children, there would be no reason to make them subjects to family abuse.

Drawing complete conclusions is hard and by no means do these countries absolutely represent every single Eastern European nation. However, what they are is a microcosm of a worrying trend. More and more across Eastern Europe, indeed the world, populist right wing movements have gained political traction. These movements, founded upon a rejection of liberal traditions, work towards the realisation of extreme conservative social ideals, often at the expense of the safety and wellbeing of many citizens. Women, and victims of domestic abuse specifically, are one piece in a much larger jigsaw of suffering, negligence and human rights abuses. What lies in the future for Eastern Europe and these hard right populists is hard to gauge. For now though, one thing is for sure: until there is a will for change among the leadership of these countries, things can only look bleak for the victims of this abuse.