Khashoggi, Free Speech, and the Media

“These actions no longer carry the consequence of a backlash from the international community. Instead, these actions may trigger condemnation quickly followed by silence.” – Jamal Khashoggi, Washington Post, 2018

Saudi Arabia seems to be violently campaigning for constant presence on my screens. Those of you committed to a more-than-cursory following of the news will have, depending on your taste in media sources, experienced this same phenomenon. Its name may flicker over, under, behind whatever you may be reading, but will always be closely chaperoned by such phrases as, “40 children dead in bus strike,” “Yemen on the brink of starvation,” or perhaps (on a less obviously foul note), “Trump to announce 350-billion-dollar arms deal.” This is slowly blossoming into a profile to which, now, another addition may be made: the orchestrated butchering of a journalist by what may or may not be, rogue government forces.

Jamal Khashoggi was told, when initially attempting to obtain marital documents at the Saudi consulate in Istanbul, to come back in four days. When he dutifully made the trip again, happy and assured according to his fiancé Hatice Cengiz, unaware that his journey was to be one way. Both Hatice’s testimony and CCTV footage proved this to be the case and, following a few days of silence and absence, the western media’s snout turned from Brexit floundering and Whitehouse rappers and started sniffing in the direction of the Middle East. Who is to blame? A mass of journalistic and governmental fingers pointed at the Saudi government. Why would these Saudi powers want him killed? In short, because he was a dissident. A title nobly earned by his criticism of the House of Saud and its favourite youthful Dauphin, Mohammed Bin-Salman. His final articles, written for the Washington Post and Arabic publication Al Watan amongst many others, promoted free speech, human rights and an end to the Saudi war in Yemen. More than touchy subjects for the Saudi rulers. 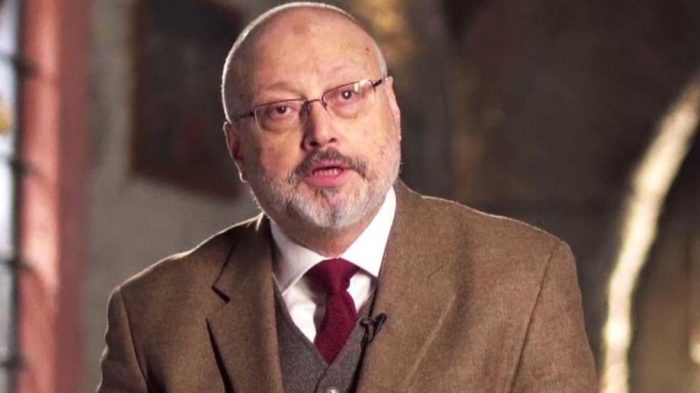 How did the consulate attempt to absolve themselves to the international jury? Farcically, would be an appropriate enough answer. This began with a Potemkin-esque display of their embassy: Ordered, Scrubbed and certainly lacking the space to store a 6-foot journalist with ease. Evidently, Mr Khashoggi had fallen down a rogue rabbit hole in one of the offices. After a week or so, even they realised the world would not suffer such absurdity. Saudi Foreign minister, Adel Al-Jubier, went begrudgingly before the cameras and stated that, while it is true Jamal was killed in the Saudi embassy, it was an accidental brawl and not an assassination, all which occurred without the prince’s instruction or knowledge.

If it was a mistake, then please explain the make-up of 15-man hit squad that met Jamal in the embassy. A rag tag bunch of government workers, military officers and one Maher Mutreb, personal security for Bin Salman, who could easily be called his “right-hand-man.” An explanation would also be welcome for why the embassy on that Tuesday, required an autopsy expert to be flown in with a bone saw in his hold luggage (better to have it and not need it ay?). Discounting the rest of the holes in the Saudi story, it is important to mention that this would not be out of character for Mohammed Bin Salman. His rise to power, a frequent object of Khashoggi critique, was consummated with the kidnapping and torture of many of his political opponents and critics, in what our media was eager to swallow as part of his “crackdown on corruption.” Peter Wilby astutely pointed out that, wherever the media wishes a progressive to prosper, they assign the trendy, triple-lettered name abbreviation: JFK, FDR, and now, MBS.

The immediate reaction of our politicians was lacklustre, beginning with Trump echoing the Saudi line of, “rogue killers,” being responsible. He later stated the subsequent show-arrest of a few suspects was “a good first step” by the government but punctuating this with the assertion that this case will not sabotage the United States’ $350 billion weapons deal (although he said “$450 billion”). This thankfully intensified, with around 20 US senators demanding the enactment of the “Magnitsky Act,” which would limit the travelling capabilities of the perpetrators. Lindsey Graham looked right down the barrel of a Fox News camera and declared that MBS “has got to go.” Fighting words.

“Solace will only come,” Wadah Khanfar, a friend of Jamal’s, wrote, “if this turns out to be a tipping point in how the world deals with tyrants and dictators.”  His death brings us to the question, prematurely begged for, of Khashoggi’s legacy as a journalist, free speech symbol and synecdoche of change in the Saudi-western relationship.

It has been pointed out, both by Trumpian-talking heads and Saudi-defenders that Khashoggi was not exclusively the liberal reformer that many are claiming him to be. He possessed a lifelong sympathy for the Muslim Brotherhood in Egypt, as well as Hamas, and had a close correspondence with Osama Bin Laden in his Mujahideen days (a correspondence which he sharply ended when he realised his intensifying extremism). Does this make the killing of a journalist by a government body any less objectionable, or our commitment to the belief that “journalism is not a crime,” any less vital?

Many were avid to point out the irony surrounding his final column, barely in the hands of his Washington Post editor before his fateful trip to Istanbul. Entitled, “What the Arab world needs most is free expression,” the piece illuminated the very issue for which his death is the current flagship: the famine of free expression in the Middle-East. An unfortunate coincidence in most lights, but it does make the common phrase, “he fought till the end” for his beliefs, not so much of a cliché for Khashoggi. Rather than slowing down or halting the causes he was passionate about, undeniably these tern of events have only fuelled fresh criticisms of the Saudi government. Can you remember the last time Saudi Arabia was the focus of such universal condemnation? I must say I cannot. Surely this is progress of a kind. 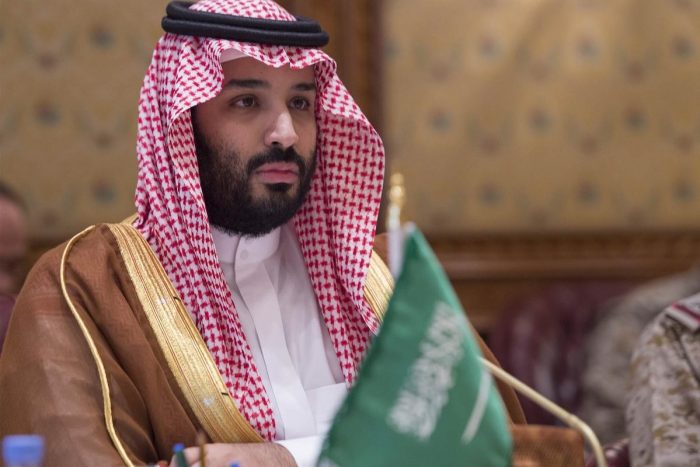 Outcry of this magnitude against Saudi Arabia has indeed been slow to manifest. It has taken the killing of one of their own for the western media to make any real noise about America and Britain’s most dubious ally. An Al-Jazeera TV segment on Khashoggi was titled “Can Saudi Arabia Get Away with Murder?” and I was glad to see many of the online responses already saw the obvious answer to this. Yemen is currently a bloody quagmire of Saudi Arabia’s making (along with our support). It is on the verge of the worst famine in 100 years and the worst cholera outbreak in history. By July of this year, MSNBC had done 455 segments on Stormy Daniels and 0 on the indiscriminate dropping of US-made bombs on Yemen. There was merely flash of outrage about the Saudi bombing of a bus containing 40 schoolchildren in August, all of whom, as USA today pointed out “were as innocent as Khashoggi.”

So, is this case any different? If the evident misery and horror of Yemen is not enough to re-magnetise the moral compasses of our politicians, then why should one more body on the pile change anything. The enormous exposure of this case, thanks to the media being uncharacteristically determined, has apparently made politicians realise that they can no longer outrun criticism of their Saudi alliance. We now have secretary of defence, James Mattis, along with many in the UK government calling for a 30-day ceasefire in the Saudi-Yemen conflict, a scenario unthinkable 6 months ago, and some serious questioning of the price of this alliance.

However, we have the right to wonder if backlash will be 100 miles wide but an inch deep. Merkel’s decision to halt arms shipments over the killing until the case is cleared up is promising but who is to say how long-term or effective this will really be? US Secretary of the Treasury, Steve Mnuchin, travelled to Riyadh to meet with the prince himself while the case was still unfolding, a meeting in which, you can imagine, much was discussed about trade but not so much about journalism. And the fervent response of senators, such Mr Graham may simply be to by-product of his opposition to Trump in anticipation of his 2020 presidential run, and (coupled with his recent Kavanaugh hearing outburst) to give the appearance of principles where he is so far found wanting.

But we may still dream, and while we wish for the body of Mr Khashoggi to rest in peace, we should hope his name continues to sew disharmony and push our media beyond timidity and our elected officials beyond sycophancy.