The Philosophy of Space Exploration

From Star Trek to Space X, Elliott Simpson looks at the philosophies that could and should guide future space exploration.

We have come to a crossroads in the development of human civilisation. This generation and the generation ahead is forced to tackle a plethora of deep-rooted issues. A crumbling environment, the depletion of natural resources, and a tentative political sphere are all  just some of the challenges we have to face. This begs us to look elsewhere, namely, to space. From humble beginnings with Sputnik, to the bombast of Elon Musk and SpaceX, all these projects are underpinned by the need to find humanity a new home. We see these visions in a variety of the media the population consumes. Star Trek, Battlestar Galactica, even Elite Dangerous. These demonstrate a clear societal interest in space exploration; a desire to broaden the horizons of civilisation. But how should the direction of our species be guided? What morals and ideals should shape our exploration of space? Indeed, is there any need for space exploration at all? I find these to be the most pertinent questions of our time, and within this work I will try to lead us to a resolution to those questions.

Many have attempted to resolve this question theoretically in artistic works. In Star Trek, a philosophy is adopted in order to govern the Federation’s space exploration conduct. This is known as the Prime Directive, an ethical framework that restricts human involvement in primitive alien societies. Supposedly it allows for that civilisation’s natural development of technology and culture. This is to avoid a kind of paternalism, where we impose our ideals and values onto others. Although this directive appears to have some credit, perhaps anti-colonial even in some respects, there are a few pressing issues in this framework. Throughout all of Star Trek, both in films and television serials, said framework is applied inconsistently. The Federation and the USS Enterprise often find themselves interfering in primitive alien affairs as long as they find it appropriate, or beneficial to them. In other cases, even in the face of similar issues, they choose not to intervene. Even if the Prime Directive was followed to the letter, there are clearly some moral issues that persist. This lack of intervention, although proposed with good intentions, sadly leaves room for injustice to flourish and grow. Starfleet operatives may be forced to ignore oppression, genocide and corruption if this alien society is deemed ‘primitive’ enough. Intuitively this seems morally abhorrent, that one can ignore injustice simply because of a lack of technological development. Moreover, there is something counter-productive to the idea of forming an inter-space community (The Federation, for example) yet not extending a helping hand to struggling extra-terrestrial nations. There is a lack of teamwork, a lack of sympathy. As Janet D. Stemwedel of Forbes Magazine states :

“If the Federation is not colonialists (or conquerors), but are trying to ethically “share” the universe, doesn’t that imply a need to communicate and work together?”

What exactly is wrong with aiding alien societies if we are opposed to colonialism? It seems that the Federation and Starfleet is more akin to Western superpowers of the current day than not. This is exemplified with their decision to ignore oppressed alien communities yet collaborating with the imperialist Cardassians. This sense of group identity and co-operation that the Federation attempts to establish is counter to the Prime Directive. Yet such cooperation is of great value. It is only feasible through global unity that we as a species can realise the dream of relocating to the stars. To save the human race, we must be guided by that very notion; the abandonment of tribalism, to define ourselves in terms of the human condition, as an entire species. This is obviously a complicated process. There are several things ahead of us to achieve before this unity can be realised, such as the abolition of class oppression and white supremacy to name a few. This unity of the species is merely a starting point, we must extend this unity to other species and races that we discover. By the very nature of this project we must get involved. That we must interfere, share technology and knowledge, as well as aid the oppressed peoples we come across, just as we must do so on our own planet. Who are we to ignore injustice as moral agents simply because it is not convenient or because of some vague notion of non-interventionism? 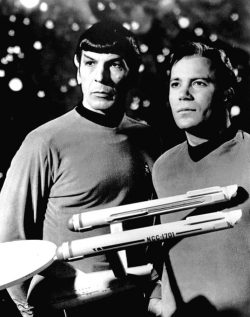 It is not just that we must find some philosophical direction for our exploits in space, but we must also clarify what exactly is the kind of ideology we want to avoid. It seems clear that corporate meddling in space exploration is far from a positive influence. Take Elon Musk who, as CEO of Tesla and SpaceX, has been the face of many controversies, from racist remarks to workplace abuses. It is well known information that Tesla factories are incredibly unsafe work environments, with many employees reporting serious injury, with little to no recompense. Typically, Musk avoids accountability with empty theatrical statements in order to strengthen the public relations image of his company. But there is more to it than that.

My previous notion of global unity just further emphasises why we should distance ourselves from corporate influence. The need to establish humanity in space is a public endeavour, it is about all of us, and our survival as a species. The presence of private institutions that serve their own interests, the interests of profit and expansion, is antithetical to these concepts. If we continue as we are with these capitalistic actors being on the forefront of space travel innovation, we will only see society as it is merely being extended to space, rife with division, oppression and large-scale conflict. It seems obvious to state that this future does not seem appealing whatsoever. We as a species and as moral agents have the responsibility to ourselves, to improve the human condition and the current arrangement of society. Our philosophy towards each other and the way we organise ourselves must change if we desire space exploration to be successful and beneficial for all. Peace and harmony are things we must strive toward if we wish to flourish in “The Final Frontier”.

Elliott Simpson is a third year Philosophy student, with a keen interest in understanding and applying leftist philosophical theory.