The Politics of Loneliness

Politics and Economics CoEditor Simron Gill explores the loneliness and isolationism of the modern world, and mourns the politics of fear that has led human beings to be more disconnected from each other than ever.

John Steinbeck, Of Mice and Men

Kajal Roy was about 15 years old in 1947 when India declared its independence. After the declaration, India was divided and tensions between Hindu’s and Muslims escalated into violence. Kajal – Hindu by birth – was driven to the west by local Muslims. Alongside 3000 other travellers, Kajal was transferred to a refugee camp called Cooper’s Camp. Till this day, he remains there, along with 7000 other refugees and their descendants. He remains stateless, and neither his children or grandchildren have ever attended school.

Why is this relevant? Today we continue to repeat the mistakes of history, with the recent and devastating Myanmar refugee crisis but one example of this. Our nationality represents our identity and is thus important to us. We hold it close and protect it when we feel it is being attacked. So, imagine not having that identity. Imagine living in a country for years and never feeling like you belong there. Imagine living in fear your whole life that the home you created could be taken from you because of a label.

It is ironic that with the degree of knowledge that we as humans possess, that we can remain ignorant towards the origins of nations and nationalities. Migration is a word which tends to be associated with many negative connotations, yet we forget that the world we know today was built around the very essence of migration. The modern man left Africa, spreading across the globe, creating new civilisations and cultures. Cultures, which from 1000 BC onwards, increasingly encountered one another through trade, conquest, exploration, and colonisation. Globalisation has furthered this spread of cultures and created the multi-ethnic society in which many of us reside today. However, we seem to neglect the positives of migration in favour of fear-mongering and stereotyping. There are many reasons why one may decide to leave their country, and sometimes the choice is not even there.

Most refugees complete arduous, exhausting and uncomfortable journeys – some of whom do not survive the expeditions they undertake. The conditions they put themselves under are not in any way ideal, yet they will voluntarily seek these methods to escape the alternative misery of being in their own country. There is a plethora of images and stories online of refugees seeking aid, but many of these individuals are feared as dangerous. Many of us will sympathise with these pictures, but it is easier to fear than to try to understand. As with most things in life, not everything is easily defined. We cannot paint refugees as black or white, good or bad, but fearing them altogether leads to a collapse in our global society. 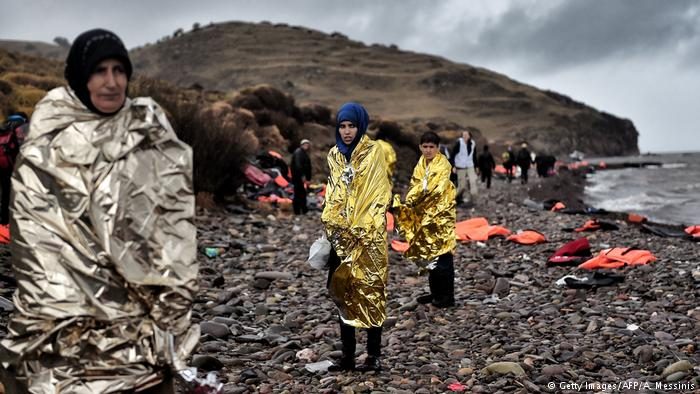 This is pertinent when we have leaders such as President Trump or Mr. Salvini – leader of Italy’s right-wing League party – who frequently use rhetoric to propagate negative stereotypes of refugees. In June 2018, Mr. Salvini refused 224 refugees from entering Italy. Whilst legitimate concerns regarding resources and land were valid, his comments that these refugees “will only see Italy on a postcard” felt hugely patronising. With the exposure that these leaders have, the politics of loneliness is broadcast to the masses and leads basic human compassion to be overtaken by the need to demean and fear.

However, it is not just refugees and stateless individuals who feel this loneliness and isolation, as citizens who have been residents of a country for years can also feel unwelcome. In the wake of Brexit, many EU citizens in the UK have expressed a feeling of alienation in a country they once called home. Before the 2016 referendum, one of the main focal points in the discussion involved this issue of immigration. A survey conducted by the National Centre for Social Research interviewed 3000 British people and found that nearly three-quarters of those who worried about immigration voted to leave. Immigration is a topic that frightens a lot of people. According to the 2017 consensus statistics conducted by the ONS, Romanians are the second most common non-British nationality in the UK. Romania remains the second poorest EU nation in Europe, with many Romanians moving to the UK with hopes of a better future. Yet, there is a stigma attached to Romanians, and indeed other EU nationalities, that they are entering the UK to live off our benefits system.

After the results of the referendum, the BBC and the ONS reported that the number of EU nationals leaving the UK was the highest in the last decade, with estimated 139,000 leaving in 2017. The only other year that came close to this figure was in 2008 when 134,000 EU nationals left the UK. Further figures from the ONS from May 2018 show that as we edge closer to ‘Brexit Day,’ the number of EU workers in the UK are falling substantially.

However, the truth is that it is not the number of EU nationals leaving the UK that is pertinent. The issue is one of perception which led to us to vote leave. The issue is that there are refugees trying to escape the conflicts in their home countries like Syria, and not finding a place of safety. It is regarding conflicts that have been escalated in these countries because of the remnants of colonisation or US and UK intervention in the name of fighting ‘terror.’ It is about those individuals who have no nationality to identify with: no country for them to call home. We as human beings have the potential to explore, create and expand, but none of these would be achievable without communication. If we fear one another or stereotype a group of people based on their nationality, we edge closer towards ignorance and curtail further opportunities for advancement. One’s nationality is a large part of the identity we hold, but it should not restrict us by any means. Indeed, the tragic irony here is that despite technological innovations like social media seeking to bring us closer together as people, we have never been more disconnected, from not only each other but reality itself.