Mindfulness in the Wrong Hands

Sohrab Najle-Rahim examines why we should be wary of the business world’s ‘mindfulness revolution’.

Victor Hugo once said, “there is one thing stronger than all the armies in the world, and that is an idea whose time has come”. Mindfulness may very well be an idea that can help us climb out of the hole we’ve been digging ourselves into as a species ever since overweight men started putting decorative crowns on their heads and pretending they were the rightful owners of the village and everything it produced. But business interests are increasingly chipping away at the philosophical foundations of mindfulness, to the point where the word is becoming almost meaningless. We might be crucifying a 21st century saviour.

The origins of contemporary mindfulness arose when biologist John Kabat-Zinn, having returned to the University of Massachusetts after experiencing a “vision” during a meditation-based retreat he attended in 1979, incorporated the techniques he had learnt into an 8-week course with the intended aim of reducing stress in its participants. Mindfulness has now oozed into almost every crevice of psychological practice, and has been incorporated into widely-used behavioural treatments for anxiety and depression. Universities are attempting to combat the widespread mental illness and stress experienced by students – conditions that are often a direct product of the way universities are structured – through mindfulness classes. Under-privileged children in poorly funded schools are being taught mindfulness as a way to help them cope with their circumstances and gain the mental clarity they need to succeed in education. That’s incredibly positive and powerful. Even the US Army is using it to increase the awareness and alertness of their recruits (let’s not go there). 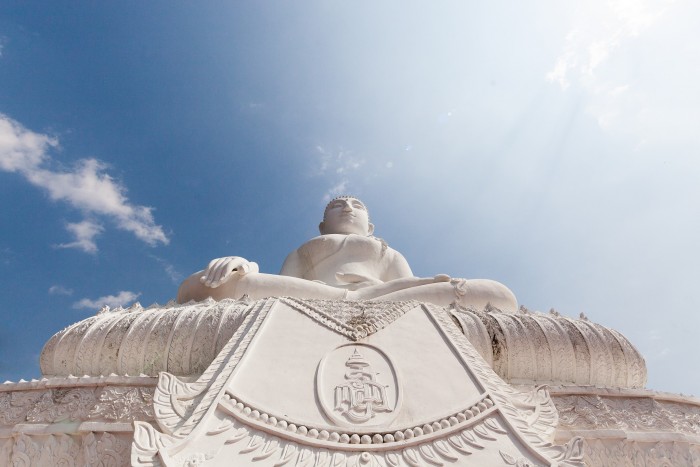 Yet the most fascinating, even insidious aspect of mindfulness is its arranged marriage with our beloved late capitalism. Quite frankly, it was love at first sight. After capitalism’s sticky divorce with Max Weber’s “protestant work ethic,” it was delighted to rebound with the more youthful, relaxed Eastern practice. Instead of attempting to uncover the connection between mankind, the natural world and indeed the entire universe (as Buddhism does), mindfulness courses favoured by corporate heavyweights like Google, Apple, Sony and Ikea more modestly aim to teach you “neural self-hacking”, to “manage your energy”, and “unlock your productivity”. These courses are more streamlined, and there’s less “weird Asian stuff” (a direct quote from Jeremy Hunter, who runs Cranfield University’s Mindfulness at Work conference). Not only will you improve your human capital and become more employable, you will also become more efficient at completing the company’s work and thus make the company more money. So, essentially: take these ancient meditative techniques embedded in a religious philosophy that encourages compassion and an appreciation for nature, ignore any aspects of them that might conflict with the immoral impacts of capitalist business, and go maximise profits.

You might ask what harm this mindfulness trend in business is really doing. Undeniably, giving a school kid the mental tools to cope with a dysfunctional family, or abject poverty, can only be a good thing. So what is wrong with a business professional being given the tools to make “better” business decisions for their company? The problem is that, through mindfulness, an apolitical approach to political business decisions can be adopted. For Slavoj Zizek, non-Western traditions functioning within capitalism allow us to “fully participate in capitalist dynamics while retaining the appearance of sanity”. In other words, who we are as individuals becomes more important than our actions and their consequences. Mindfulness, in the wrong context, helps us to personally cope with the structural difficulties of our global economy rather than making us question, and fight against, its most destructive aspects. 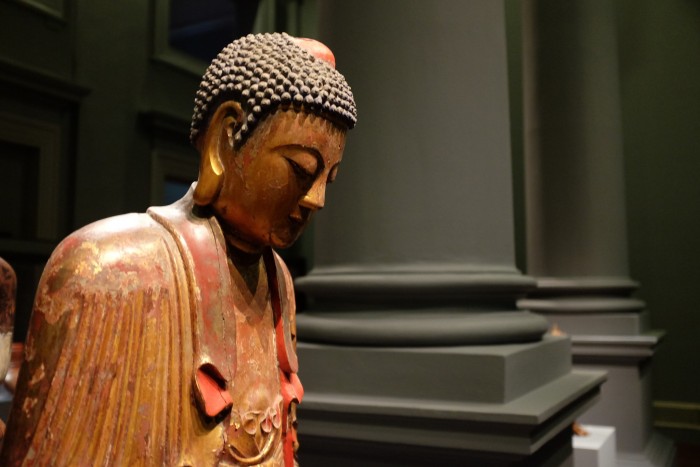 Surely the best approach is to be unapologetically critical of the ideologies that surround us. That way, if the ideology is positive, we can live blissfully; if it is negative, we can work to change it. But to separate from it and treat it as something distinct from our daily lives is dangerous. Workers should indeed question why Google, Facebook, Amazon, Starbucks, Netflix and AstraZeneca pay next to no corporation tax despite being reliant on the institutions and infrastructure that the poor and marginalized have done the most to build. They should be aware of the ecological and social footprint of their companies, and not hide behind laughable concessions to corporate social responsibility. They should even question the very framework in which they make decisions, since it is itself steeped in dubious assumptions about the “monetary value” of the natural world (as discussed in George Monbiot’s article, ‘The Pricing of Everything’). In the right context, mindfulness can foster compassion and a deep questioning of our economic and social reality. It can be far more than a tool to help us get ahead in life and business.

When young prince Siddhartha stepped out of his palace for the first time, he was shocked at what he saw. For the first time, he encountered suffering, decay and the looming universal prospect of death. He left the palace and embarked on a long, arduous journey to end suffering. Perhaps it is time we do the same.

Sohrab Najle-rahim is the Warwick Globalist’s Head of Marketing.