Has technology made us lose touch with refugees?

Tom Harrison asks if the West’s comfort and access to technology has caused us to lose our empathy for the refugees desperately trying to join us.

They take risks we view as absurd to get a shot at doing the jobs many of us don’t want to. They are escaping hardships we simply cannot imagine, or just don’t want to. 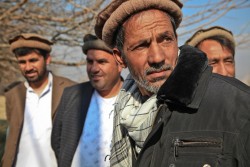 In the western world our access to technology allows us to travel between continents in hours, live in comfortable houses and access humanity’s cumulative knowledge from our laptop.

We read the news on our phones; tales of
thousands of migrants dying in the Mediterranean, hundreds amassing in Calais. It makes them sound like vermin, a problem to be exterminated. It dehumanises them. Allows us to think of them as less than ourselves. A swarm, ready to invade. Trash, in need of cleaning up. Pests, to be controlled.

But they’re people. Just like us. We were just born lucky.

In the West even the poorest won’t starve. They have access to clean water, medicine and shelter but for most their greatest hardship is inadequate internet connection and their mobility is from a smartphone to a slightly better smartphone. 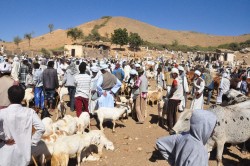 Those coming from Eritrea their mobility is from state-enforced slavery, in the form of the country’s oppressive and all-encompassing national service, to the servitude of criminal gangs who smuggle them to North Africa where they may be able to get on a barely seaworthy boat, and travel to Europe in cramped conditions, comparable to the slave ships that once traversed the Atlantic.

The Eritreans are joined by those fleeing genocide in the Central African Republic, desperate hunger in Niger and endless war in Somalia, South Sudan and the Democratic Republic of Congo. These people are prepared to face a dreadful trek
through the parched and Sahara desert, into new warzones in Darfur, the Aouzou Strip, Mali and Libya, so they and their children may one day be able to escape this living hell.

There are thousands of people fleeing the wars and war crimes in Palestine, Syria, Iraq and Afghanistan. Leaving their home and livelihood as it disintegrates around them. The birthplace of civilisation disintegrating into anarchy.

Millions of people flock to North America, running from the terrible civil unrest in places like Columbia and Nicaragua, and to Australia from oppression in Sri Lanka, Indonesia and Burma. 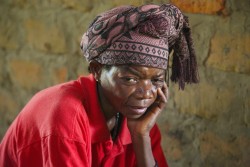 Perhaps the saddest thing is the cause of almost all these refugees is western intervention.

The crises in Somalia, Congo, Sudan and Burma were caused by botched attempts at de-colonialization. Europeans expected disparate groups to live harmoniously within the lines drawn on a 19th century map in Berlin, not leaving sufficient civil instruments and not accepting when those lines have to change.

Imposing similar lines on the Middle East after the fall of the Ottoman Empire can easily be seen as the cause of the current conflicts in Syria, Lebanon and Palestine. An area where, astonishingly, there are more people who are refugees than aren’t. 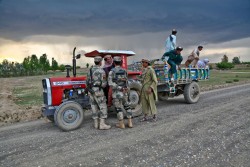 More recently wars in Afghanistan (to overthrow a group formerly known as US-sponsored freedom fighters), Iraq and Libya have not only caused scars, but opened up vast, festering wounds that may not heal in our lifetimes. Destroying the instruments of a state and replacing them with anarchy and fear. Creating places where the people don’t feel safe to walk down the road.

But the West has also got involved in these countries on a more clandestine level, often under the veil of democracy: instituting a coup and trying to install their man if the election yields the ‘wrong’ result, as it did in Congo, Palestine and Nicaragua.

Perhaps, then, the way to deal with the ‘migrant problem’ isn’t with higher fences but with foreign policy.

Not the current policy of intervention, imposing governments and ideologies, at the barrel of a gun, but with technology, education and infrastructure.

By giving these people a reason to stay.

In the mean time we have a moral obligation to help these people, so they may have the opportunities that we do.
The smallest of things. Going to sleep without the fear of being killed. Knowing no one can make you their slave. Not worrying about being kidnapped when you walk down the street. For too many people this is life.

Tom Harrison is a third year Engineering student and the Warwick Globalist’s Science and technology editor.