Remi Williams, a student on placement at the Midlands Fertility Centre, examines if the capability of cryopreservation of eggs has been overstated.

With increasing numbers of women choosing to delay starting a family, the option of oocyte cryopreservation (egg-freezing) has been increasingly hailed as a ‘Holy Grail’ solution to the problem of age-related fertility.

Tech giants Apple and Facebook have offered to fund the freezing of female employee’s eggs in a bid to recruit and retain more members of the fairer sex. But with one in seven UK couples struggling to conceive, egg freezing may not be the complete solution it is being billed as.

While the use of cryopreservation is nothing new to reproductive science (semen is frozen and stored for men undergoing radiotherapy and embryos can be frozen for the later use of a couple), the practice of storing eggs for later use in fertility treatments is a relatively new process made possible by the use of vitrification. 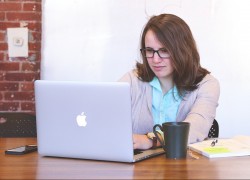 As previous attempts at freezing eggs were hampered by the formation of damaging ice crystals, the combination of anti-freeze compounds and the ‘super-fast’ freezing process of vitrification made the long-term storage of eggs a more viable option. However, though cryopreserved eggs are more able to survive the thawing process, statistics show that the chances of a live pregnancy, or of the egg even undergoing a successful fertilization, are significantly decreased.

Oocyte cryopreservation is often suggested as the ideal solution for single women who want to have a successful career without sacrificing the option of a family. Less-reported fact is that, in the UK, only 20 live births have resulted from embryos formed with frozen eggs. That’s a success rate of a little over 3% compared to about 28% with fresh eggs. Of the estimated 18,000 eggs currently stored in the UK, only 540 would be expected to lead to successful pregnancies.

Without a doubt, women facing the ultimatum of choosing between children and a career should be offered this option, but perhaps the disadvantages should be as well promoted as the benefits are.

The Warwick Globalist is currently calling for articles for its second print edition of the year, ‘MIND MATTERS: MENTAL HEALTH IN THE MODERN WORLD’. We are also opening up to applications to join the exec. For more information, see here.