Arts and Culture co-editor Kat Burdon discusses the importance of clothing in contemporary society, and how the way we dress can impact upon and inform collective and individual identities.

Few things signal an impending sense of self-awareness more than deliberately choosing an item of clothing for your own.

For myself, this seminal sartorial act of independence took the form of a size 2 pair of Clarks’ bootleg lace-ups, which saw me through the final year of primary school and on into the uncharted abyss of secondary school.

More significantly, these shoes – in all their squashed black leatheriness – elevated me far beyond my younger, inferior self, who had been previously confined to plain Velcro pumps. These pumps were at once incredibly practical and interminably boring, thus entirely unsuited to the purpose of stamping through the early years of burgeoning adolescence.

That is, after all, the whole purpose of clothes: beyond enabling social interaction that isn’t crippled by inappropriate nudity, they serve as a tool for personal and social transformation, an idea explored extensively across all cultural mediums.

Film and television have long been enamoured of the classic makeover moment, in which a previously unpopular/shy and non-demonstrative/undervalued character (delete as appropriate) achieves their full potential after a severe haircut or long overdue change of wardrobe. Clark Kent only becomes Superman once he is freed from the shackles of those thick-rimmed glasses – all muscle, skin-tight costume and absolutely no sign of lingering visual impairment. Hundreds of cinematic classics – from She’s All That to The Breakfast Club, Pretty in Pink, Grease, Mean Girls, or Clueless – offer confirmation that any girl can get the guy or take huge leaps in the popularity game, as long as she’s willing to completely overhaul her image. 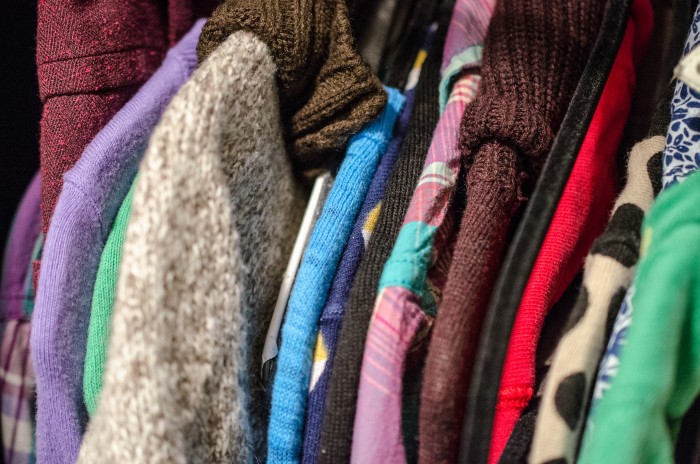 Both the cult-hit Clueless and its literary ancestor, Jane Austen’s nineteenth-century novel Emma, demonstrate how the act of dressing, or indeed redressing, affects how we are received in certain, often disparate social circles. Throughout Emma, Austen’s self-absorbed protagonist Emma Wodehouse remodels her protégée, the more humble Harriet Smith, after her own brand of social elitism by cloaking her in the manners and pretensions of the upper-middle class. More demonstratively, Clueless channels Austen’s social satire through the similarly self-absorbed, occasionally vapid but well-meaning Cher: she habitually selects her outfit of the day via a virtual wardrobe; is almost maternally protective of her admittedly stellar Alaïa dress and transforms the new girl at school, Tai, from a naïve, check-shirt-clad stoner to a nightmarish preppy socialite.

Tai’s transformation confirms the commonsensical notion that clothes can both affect and determine our patterns of behaviour: they can speak for who we are, and yet when we change who that person may be, conflict inevitably arises. For, as the interminably quotable Virginia Woolf explains to us in her novel Orlando, “Vain trifles as they seem, clothes have, they say, more important offices than to merely keep us warm. They change our view of the world and the world’s view of us.”

These words carry an implicit warning: namely, if our relationship with clothes is compromised, or when the world tries to impose a vision of us as we should be and thus by default how we should dress, the consequences are translated into cultural and social inequalities. Stringent school uniforms offer a peculiarly normative method of control; I survived a girls’ grammar school, where we were not allowed to reveal our clavicles for fear of invoking rampant male lust.

More horrifyingly are the countless instances of prisoners of war and victims of genocide who are shaved, stripped naked and assigned a number; the women of all ages, religions and ethnicities who are subjected to rigid dress codes on the equally absurd premises of either being protected from the predatory male gaze, or acting as less of a sexual distraction for said poor, helpless male. Regulating the way an individual chooses to dress is undeniably – and has been historically proven – a crudely effective and visible means of denying personal freedom of expression.

And, admittedly, clothes’ ability to express individuality is inexhaustible; thus they can become dangerous to those who wish to claim, retain or maintain power.  Clothes can be purposeful or trivial, elegant, creative, dissident, provocative and evocative and comforting; they can signal victory, whether personal or public, as easily as they signify defeat.

It is therefore important to appreciate how clothes can form and inform our sense of identity. Any wardrobe collected over the course of a lifetime provides a telling, often embarrassing and wholly unique narrative of who we are, who we were (bootleg jeans, anyone?) and who we hope to become. Easily overlooked or replaced – perhaps too easily in the prevailing consumer culture, dominated by year round sales – clothes should nevertheless be recognised as our weapons, our indispensable armour upon that most contested of battlefields, the body.