Those who keep an attentive eye on international events may have read that the ‘M23’ rebel group in the east of the Democratic Republic of the Congo (DRC) was defeated last year by a revamped United Nations force. An edition of The Economist at the time explained how “optimism is spreading” now that the “rebel threat” is “receding”. The reality, however, remains a little less encouraging. How many articles were dedicated to the 400,000 who were displaced in the southern province of Katanga in 2013/14 in battles with the Mai Mai Kata Katanga rebel group? Or the mere fact that 2,658,000 people remain internally displaced in the country?

The Poorest and Richest Nation on Earth

Over the past five centuries, the DRC has witnessed slav­ery, massacre and foreign interference on a scale unparal­leled in the modern era, despite being one of the most resource-rich countries in the world. Today, the population of 70 million remain shackled by their history, unable to escape from a past that has left them second-bottom of the UN Human Development Index, and with the second lowest GDP per capita in the world. The country has suffered possibly the world’s worst humanitarian catastrophe of the post-WW2 era: a study in the American Journal of Public Health found that a woman is raped nearly every minute. War continues to ravage millions, but column inches dedicated to the DRC remain infinitesimal; at best riddled with tired Heart of Darkness clichés and historical illiteracy.

Of crucial and unsettling import is the fact that this horror story underpins the lavish lifestyle we have developed in Europe. Rubber extracted under the Belgian King Leopold II’s slave state in the DRC at the end of the 19th century helped fuel our industrial development. The uranium for the bombs dropped on Nagasaki and Hiroshima came from Congolese mines. Today, coltan removed and exported from the country by Western mining firms finds its way into our electronic products, yet never once benefits the people who live on the land. As popular British historian Dan Snow put it: “we have thrived from a lopsided relationship, yet we are utterly blind to it”. 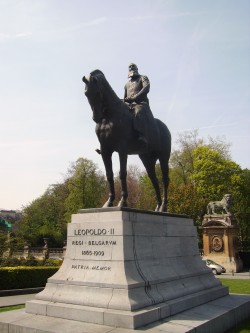 Statue of King Leopold II, who instituted a slave state in the DRC, causing the population to drop by 10 million. Image: Geert Stienissen

One area in particular, the south-east province of Ka­tanga, has been the victim of harrowing intervention by foreign powers throughout the 20th century. The aforementioned Mai Mai rebel group, largely ignored by mainstream Western media, is just the latest manifestation of a secessionist movement in the province which can be directly traced back to the actions of the Belgians when they granted formal independence to the DRC in 1960. Submitting to popular pressure, the Belgians abdicated their role as political overlords, preferring to attempt to control the DRC economically through a dependent neo-colonial relationship, akin to the strategy France undertook when it vacated its African empire in favour of Francafrique. A top Belgian army officer succinctly summed up the view of the Belgian establishment when he scrawled on a Congolese blackboard: “after independence = before independ­ence”.1

After the country’s first democratically elected, post-independence leader Patrice Lumumba took over from the Belgians, the former European colonisers imme­diately re-invaded Katanga, the richest province in the DRC. The area had been a long-coveted prize ever since British colonialist Cecil Rhodes struggled with King Leopold for the right to extract the riches that lay in the mines of the province. Under the watchful eye of Belgian officers, the “walking museum of colonialism” Moise Tshombe – as he was named by neighbouring African governments – was installed in the secessionist state of Katanga. With the help of the CIA and the Belgians, Lumumba was kidnapped and transported to Tshombe’s state, where he was cruelly tortured and murdered.2 Belgium only recently acknowledged their role in this crime; the statues dotted around Brussels of the mass murderer King Leopold, under whose rule the DRC’s population fell by around 10 million,3 testifies to the nation’s reticence to come to terms with its impe­rial past.

With their major economic interests in the country under control, the Belgians ceded political suzerainty to the U.S. As the major Congolese historian of the period, Nzongola-Ntalaja explains, “[t]he United States…[re­placed] Belgium as the major arbiter of the country’s destiny”.4 The way this was achieved serves as a textbook example of the grand strategy adopted by both super­powers during the Cold War: select a brutal army officer whom your own ambassador describes as “obscurantist, arbitrary, primitive, totalitarian, wilful and irresponsi­ble”,5 work with your subordinate allies to destabilise the economy, assassinate the democratic leader of the coun­try, and then finally install the army colonel to rule over the state as his own personal fiefdom – of course whilst serving your strategic and economic interests – for the next 37 years. Whether Pinochet for the Americans, or Mengistu for the Soviets, the story always tends to reveal similar contours.

Scholarship is clear on the facts of the matter, although excuse and justification is easily found for this extrem­ist policy. For example, respected LSE historian Odd Arne Westad writes lucidly about how the United States worked with its close ally in the region, apartheid South Africa, funding racist white mercenaries in the DRC to crush the last pockets of popular resistance to their chosen dicta­tor, Mobutu. Despite this, Westad can still conclude with an apparently straight face that “the ideological quest for freedom” is “the driving [force] of US foreign policy”.6

These histories ought to be borne in mind when we question why, in 1997, the DRC descended into the bloodiest war of the past two decades, during which between four and six million people died. If six mil­lion humans died in a war waged on European or North American territory, it would subsequently be regarded as hallowed history, the subject of endless articles and books questioning how and why this could have happened, accompanied by the solemn proclamation:  “never again”. When the six mil­lion dead have black skin, and are buried on the Dark Continent, we prefer to ignore the realities of war and instead follow frivolous celebrity updates, perhaps every so often sharing a dubious video about Ugandan warlords on our Face­book timeline.

Most students are completely una­ware of the human suffering that has been inflicted upon this country, often as a direct result of the industrialised modernity of Europe we continue to benefit from. We don’t owe the Congolese aid, or a mere apology. We owe them massive reparations, large enough to engender a seismic shift in the economic and political relations between the Global South and Global North. 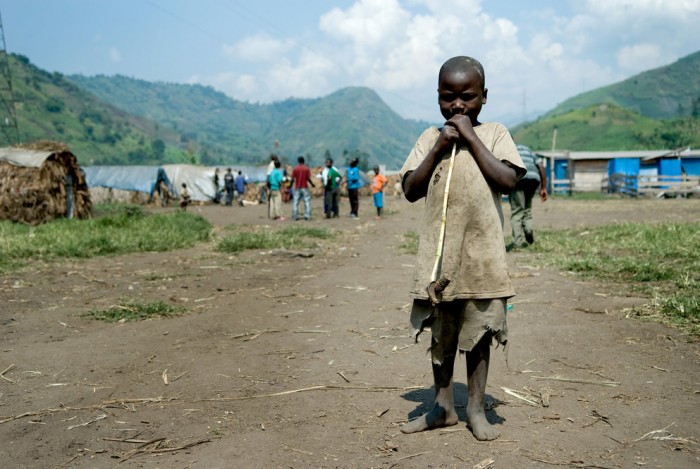