Female Viagra and the Medicalisation of Difference

Minnie Kweon explores the commercialisation of pharmaceutical research and the power of the ‘norm’ in medical diagnosis.

Flibanserin, Intrinsa – the unfamiliar brand names for the so-called ‘Pink Viagra’, one of which has just been withdrawn from prescription. The commercial hit of Viagra in the nineties, however, has been too strong an incentive to dampen pharmaceutical companies’ pursuit of an equivalent billion-dollar wonder drug for women.

The Internet’s adoption of the sale of black market Viagra – emblazoned “Harder, Stronger, Bigger” – has ubiquitously associated the drug, in the public imagination, with pleasure and taboo. In order to dissolve similar presumptions about potential female counterparts, and to launch the product in a medical market, a condition was required, ex-ante, for which female Viagra could serve as a cure. Female Viagra serves not ‘recreational’, but ‘reparative’ purpose.

For a sexual response system less overtly physiological than its male counterpart, the term Female Sexual Dysfunction (FSD) was coined. This ‘discovery’ has been a polemic for feminists on both sides of the debate. Does the phenomenon indicate a levelling of the medical industry, now concerned with both male and female sexual gratification, or perhaps, as Shere Hite put it, is FSD purely a “figment of corporate America’s financial imagination”?

The moral implications of these accusations depend on how illness is defined. ‘Disease’ may be objective, but ‘illness’ may be more subjective to human experience. If women believe they benefit from the developments in female Viagra, is this so morally objectionable? Labelling FSD as an invention, and Viagra as recreational, may be a trivialisation of the very real problems of individual women. The supply of Viagra is a response to women’s demands as a manifestation of the free-market’s efficiency.

The argument that FSD serves a commercial enterprise, which capitalises on the developed world’s fixation with health and wellness, is a compelling one. The very efficiency of the free-market mechanism may be where the problem lies within medical research. Diseases considered ‘low-return’ are neglected in favour of research into diseases that pay. Pharmaceutical investment into a cure for baldness exceeds the money invested in researching malaria. Statistics presented in a paper by P. Trouiller track this commercial bias. Of “1393 new chemical entities marketed between 1975 and 1999, only 16 were for tropical diseases and tuberculosis”. Rich diseases and poor diseases have been put into direct competition for pharmaceutical funding.

Ray Moynihan’s exposition in the British Medical Journal, ‘The Making of a Disease: Female Sexual Dysfunction’, highlights this close correlation between medical research and commercial investment.1 During the classification of this new disease, conferences were organised for medical professionals to participate and share their expertise. Moynihan notes that at the 2001 Annual Meeting of the Female Sexual Function forum in Boston, there were 22 corporate sponsors – the key being Pfizer, original creator of Viagra. 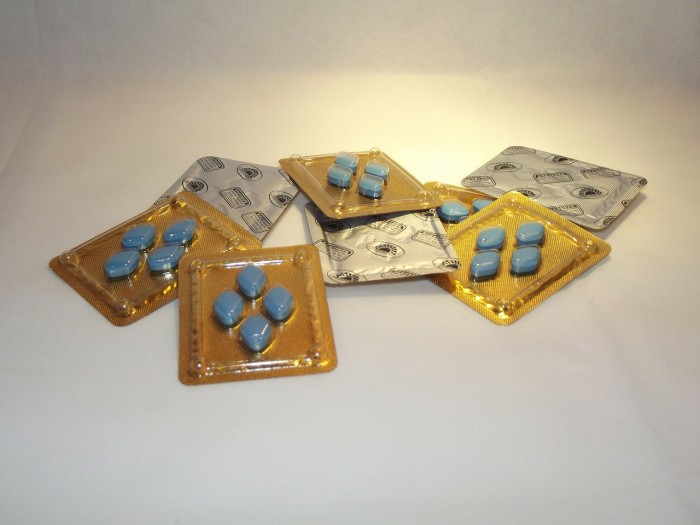 Troublingly, this may just be a symptom of a larger systematic distortion in medicine. With the power of Big Pharma, publication bias means that positive experimental data is twice as likely to get published as negative findings. Doctors can be crippled from making reliable medical judgements when only partial information is available – information which favours the revenue streams of the pharmaceutical companies that funded the research. If the adverse effects of pills are buried, it is ultimately the patient who is vulnerable to the information bias.

Asymmetric information is not the only fallout from Big Pharma’s commercial influence. Behind the hunt for a ‘female Viagra’ lies a deliberate ignorance regarding female sexuality; it sells the fantasy of a panacea for all the complexities which make up sexual difficulty in women. Sexuality, as well as sexual interest, exists in a spectrum, yet pharmaceutical companies seek a cookie-cutter solution which will bring a profit. Despite limited existing knowledge surrounding the female sexual response system, these companies are promoting the idea that sexual response is something to be standardised rather than understood.

If medicines are defined by their ability to restore a person to normal health, female Viagra must make the same claim in order to warrant its ‘medicinal’ status. Naming the inability to arouse or orgasm as a dysfunction reduces the female experience to a binary: functionality and dysfunctionality. The attempts to create a catch-all drug to fix this supposed illness could be self-defeating. Sexual ‘function’ only adds to the plethora of societal pressures that women face and may even augment any psychological concerns that prevent sexual satisfaction.

In the arena of lifestyle drugs, what is ‘normal’ is fast becoming what is desirable and, ultimately, what is essential. Medical pressure is not, however, something that is gender exclusive. Weight loss pills. Hair loss pills. An endemic in the use of ADHD pills. Parents, disturbed by their children not conforming to a standardised trajectory of development, seek Ritalin and Adderall prescriptions. Increasingly, a homogenised perception of normality seems to have materialised, and along with it an over-zealous anxiety to fit this mould. Perhaps it is not only diseases that are being shaped by pharmaceutical companies, but the state of normality itself.

Minnie Kweon is a recently graduated PPE student at Warwick.