Echo Chambers and Epistemic Bubbles: Why is ‘Fake News’ so problematic?

Politics and Economics Co-Editor, Deesha Ganguli, explores the influence of social media and news outlets with regards to the resurgence of the Black Lives Matter movement. 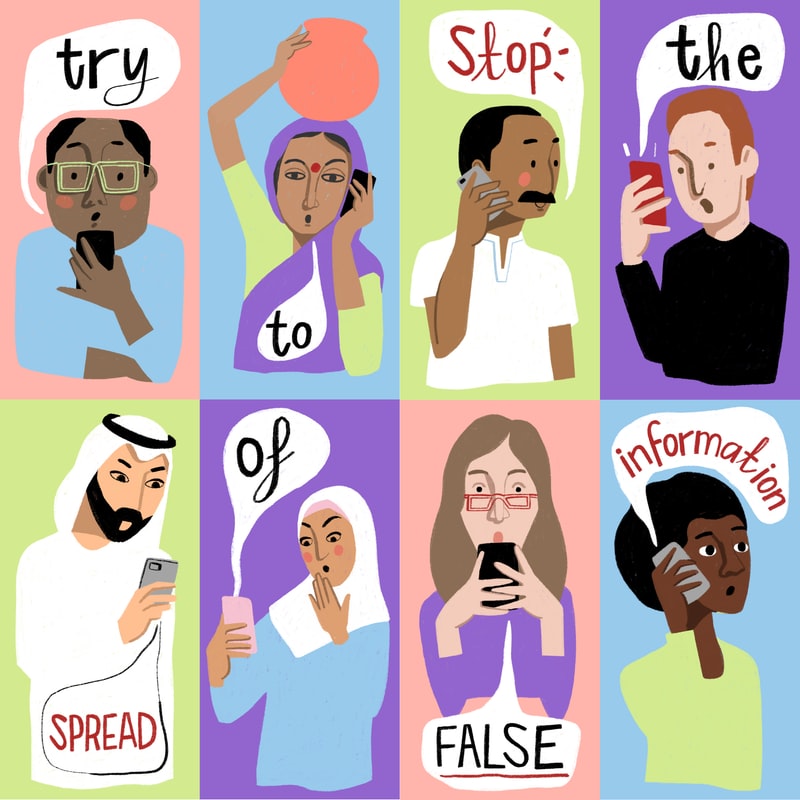 ‘Fake News’ is a term that was named Collins Dictionary’s official Word of the Year in 2017 – yet the concept has been around for centuries. In fact, it has existed ever since news became a concept 500 years ago, with the invention of print. From the start, fake news has tended to be sensationalist and extreme, designed to intensify prejudices and passions. Even glorified historical founders were culprits of fake news for political means; an example being Benjamin Franklin, who fabricated propaganda stories about murderous ‘scalping’ Indians working in league with King George III. This bears resemblance to political figures today, like Donald Trump, who suggested injecting disinfectant could be a treatment for coronavirus! Ironically, though Trump can be credited with popularising the term, he is certainly not innocent of publishing fake news himself.

This article hopes to discuss the influence of fake news in light of the resurgence of the Black Lives Matter (BLM)  movement, with regards to echo chambers and epistemic bubbles. The BLM movement is working for a world where Black lives are no longer systematically targeted. Its mission is to eradicate white supremacy and build local power to intervene in violence inflicted on Black communities. The hashtag #BlackLivesMatter was founded in 2013, along with the BLM Global Network Foundation. However, this article will focus on the recent resurgence of the BLM movement in particular, with protests in more than 80 countries from June – September 2020.

The Black Lives Matter movement demonstrated that there is radical polarisation amongst people. Different groups of people live in different worlds, which are populated with completely different facts and ideas. An epistemic bubble forms when people sort themselves into like-minded communities and are therefore not exposed to people and views from the opposite side. Contrastingly, echo chambers form when people come to distrust any information from outside their community. Online activist Eli Pariser argues that invisible algorithms behind people’s internet experience, work to limit what they do and don’t see. Hence, members of these internet communities are isolated, as they are usually only exposed to information that they want to believe.

Fake news helps contribute to echo chambers and epistemic bubbles to a large extent. This is because as people are resistant to outside voices, particularly within echo chambers, they are quick to reject information. Consequently, not only are peoples’ echo-chambered worldviews arranged to dismiss evidence, but also, they are far more likely to accept misleading information that contributes to their perceived understanding of an event.

One recent example was an image circulating Facebook, claiming “two Manchester lads got ambushed in London by about 20 black men with machetes”. This post was re-shared by others with captions like “the thugs, well actually they are terrorists, are the BLM gangs for whom this kind of brutality and violence is the norm”. It was later claimed that the photo (showing a raw open gash on someone’s arm) belonged to the mother of a boy who had been badly bitten by his dog in Stockport. Photos of the injured arm had been put on Facebook to let the family know the boy was fine and that the dog had been put down. The internet is a free platform and as Colin Neville illustrates “before an academic textbook reaches the library it has to go through a series of quality filters…not so with the internet”. Evidently, this Facebook post (like many others) did not get checked once it had been uploaded. Fake news in this example is especially problematic, as it is likely those seeing such posts belong to a certain echo chamber and will believe every word of it if it contributes to their narrative. Furthermore, unchecked false information may contribute to wider societal implications, such as feeding into negative stereotypes, which is extremely dangerous for the Black community.

According to Margetts, Political Science has been ‘rather silent on the subject of the internet’. Although social media platforms such as Twitter and Facebook have become essential in promoting human rights in the digital age, the internet can largely hinder democracy. This is because technology and social media contribute to the emergence of new political narratives. However, when such narratives are predicated on inaccurate information, ‘Freedom of the Press’ (a key pillar of democracy) is undermined. Article 19 of the Universal Declaration of Human Rights includes the right to “seek, receive and impart information”, which is important in holding governments to account. However, when fake news causes confusion, mistrust and a distraction from important issues, the democratic role of Free Press is impacted.

A recent example entails the official White House Twitter account sharing a video montage showing piles of bricks on several US cities’ streets, which was watched by over one million people. The tweet accused Antifa (anti-fascist group) and “professional anarchists” of domestic terror through “staging bricks and weapons to instigate violence”. BBC Reality Check investigated the montage using geolocation, and discovered the bricks had been there before the protests started. This was also confirmed to the BBC by Dallas City Hall, who said the bricks were there for construction purposes. The fact the official White House Twitter can promote fake news, illustrates how supposedly reputable sources of information can easily misinform people. Interrogating information should not just be reserved for individuals on social media, but also holding major news outlets to account. As Rosenstiel contends, ‘misinformation is a social condition, that you must constantly monitor and adjust to’. Considering the backdrop of a global pandemic, in which people regularly consult the internet for quick answers, determining what is reliable and accurate is essential in combatting misinformation.

The New York Times argues the recent BLM uprising may be the largest movement ever in the USA. Protests this summer and US history have made it clear that anti-Black racism is a systemic part of American capitalism. However, preventing social media users from being trapped in toxic echo chambers and epistemic bubbles is an important step in staying informed and avoiding fake news.

Independent and impartial organisations are essential to tackling this problem. For example, Amnesty Crisis Evidence Lab publishes up-to-date information on open source investigations. Likewise, Full Fact is an independent fact-checking organisation, which exposes inaccurate information. Additionally, Polis Analysis imparts highly accessible factual information; they provide free daily briefings and also explore the importance of political developments on students’ everyday lives. Lastly, https://blacklivesmatter.com/help-us-fight-disinformation/ allows individuals to report BLM related fake news, helping combat the problem of disinformation. As individuals, although we cannot stop fake news from being made, we must do everything we can to stop it from being spread.

Deesha Ganguli is a final year Politics and International Studies student and Co-Editor for Warwick Globalist.