‘War on Drugs’ in Latin America

Pauline Morere explores the impact of the US-funded ‘War on Drugs’ in Latin America and how its legacies are still shaping foreign relations between the Americas today. 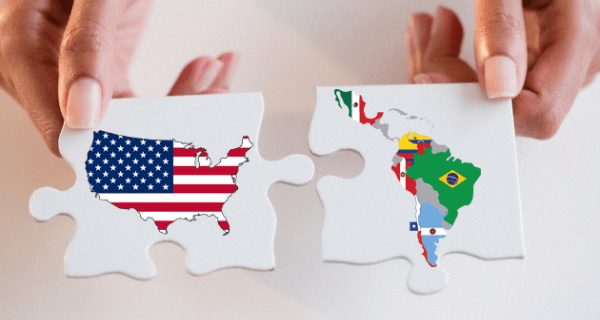 America’s number one enemy: drugs. This is what Nixon was claiming in 1970 as he announced the beginning of the ‘war on drugs’ as the main axis of the United States’ foreign policy. Since then, this bloody war has fuelled crime and corruption in Latin America, as North Americans have made it their moral duty to eradicate drug trafficking abroad. As such, the war on drugs and its legacies are still shaping foreign relations between the Americas by reinforcing the dichotomy between North and South and portraying Latin Americans as a dangerous threat to national security.

Indeed, whether through funding, crop eradication or military interventions, the US has pressured Latin America to end drug trafficking through a harsh, punitive approach. However, this push for a crackdown on drugs was not a mere branch of Nixon’s law and order policy; its roots grow deep in the context of the Cold War, making it both a strategic and ideological war, used to reassert the morality and superiority of the United States. Indeed, cracking down on drug cartels was used as a means to justify interventions where there were risks of communist insurgence. After the trauma of the Vietnam War, the American public was reluctant to support containment policies, creating the need for a new justifying factor for military interventions.

The most famous example is Reagan’s Contra Affair where he supported an anti-communist extremist group, (allegedly) as part of the war on drugs. This is not an isolated incident; this practice can also be found in Colombia, where the US targeted the left-wing FARC group in 2000, or in Honduras where Mr. Trump continued to support a right-wing president despite his violations of human rights and corrupted government. This highlights how the US used the war on drugs to secure their influence in the region and neutralise any communist or socialist ‘threat’.

These threats were framed as an issue of national security, making ‘narcoterrorism’ an ideological battle. A survey done in 1988 shows 48% of New Yorkers indicated that drug trafficking was the most important foreign policy issue facing the nation, implying that neutralising this external threat, was the duty of the US government. This reinforced the image of the US as a victim of drug trafficking which depoliticised the high demand for drugs in the US and used Latin America as a scapegoat for domestic problems and crime rates, thus placing the responsibility for domestic drug use on the countries supplying the drugs.

So how does this historical scapegoating affect US foreign policy today? The issue of drugs as a national security concern seems to have died down, and the US military interventions in Latin America have become a rarity. Nevertheless, the legacy of the war on drugs is still embedded in US international policies. Not only is the implicit moral superiority of the US central to its relations with Latin America, but the war on drugs has now shifted into the discourse of immigration and border control.

Indeed, immigrants from Latin America, especially from Mexico, are often portrayed as dangerous drug dealers who threaten the security of the state and its people. This rhetoric is therefore used to legitimise strict border control and reinforce the portrayal of the United States as a safe haven where the drug use is minimal. Consequently, the increasing crime rates and drug use within the Americas is blamed on the external factor of immigration from Latin America.

This demonisation of the Latin American immigrant is rather ironic, as immigration often stems from the war on drugs carried out by the United States. Indeed, it is often forgotten that the first wave of Salvadoran refugees to the US were escaping the American-backed civil war and political repression of the 1980s. It is also forgotten that this tendency continues today, as many immigrants flee the violence in their countries. This increase in violence due to the states’ crackdown on drugs is most impactful for minorities, especially women, as we see the rates of femicide rising in regions where the monopoly of drug cartels is most prominent. Ironically, this supports the discourse of the Latino man as aggressive and dangerous, legitimising more violent and regressive border controls, and forcing the vulnerable population to rely on human smuggling organisations and drug traffickers in order to immigrate. The US therefore continues to use the war on drugs today as a way to justify their harsh and protectionist foreign policy and to depoliticise their role in sustaining inequalities, violence and corruption in Latin America, by advocating a militarised, external response to drug trafficking.

However, Latin American states are growing weary of this endless war. The counternarcotics fatigue is due to the inefficiency of the response, the draining of funds, and the double standard the US has imposed on Latin America by focusing on the supply side and turning a blind eye to the domestic demand. Indeed, the social unrest and rising inequalities in Latin America are putting increasing pressures on political leaders to reduce crime rates and increase social stability, leading them to carefully shift their approach to more ‘relaxed’ policies which advocate decriminalisation and legalisation, instead of a military crackdown. For example, Otto Pérez, the former Guatemalan president, has expressed the need to shift towards a more legalised approach, to put an end to the draining of government funds and to stop drug trafficking which undermines the government authority. Likewise, Juan Manuel Santos, the former Colombian minister of defence and Chinchilla, the former Costa Rican minister of public security, recognise the need to implement new strategies to address the issue because their states do not have equal stakes to the US in this war.

Nevertheless, these leaders are facing a backlash from the American government as Joe Biden has declared there was “no possibility” that he would endorse a drug legalisation in Latin America. The reluctance to address this shift was also expressed by the Salvadoran president, as he recently authorised the use of lethal force by state authority against drug traffickers. Similarly, the politicians who did endorse new policies have had difficulty implementing change; Andres Obrador, the Mexican president, announced the end of the war on drugs in January 2019, but has since received much criticism for his lack of action and the ongoing presence of the military in the streets.

Overall, although the legacy of the war on drugs in Latin America still affects the international relations and domestic approach of most countries in the region, it seems that a shift away from a militarised approach has been slowly taking place in the last decade. This provides hope for a more regulated, legalised approach, which would reduce crime rates in Latin America and conceivably start a new chapter in US-Latin American relations.