Hamza Fareed Malik provides an exploration of a particular law in Pakistan which has allowed criminals to kill with impunity, kown as Diyat (blood money). 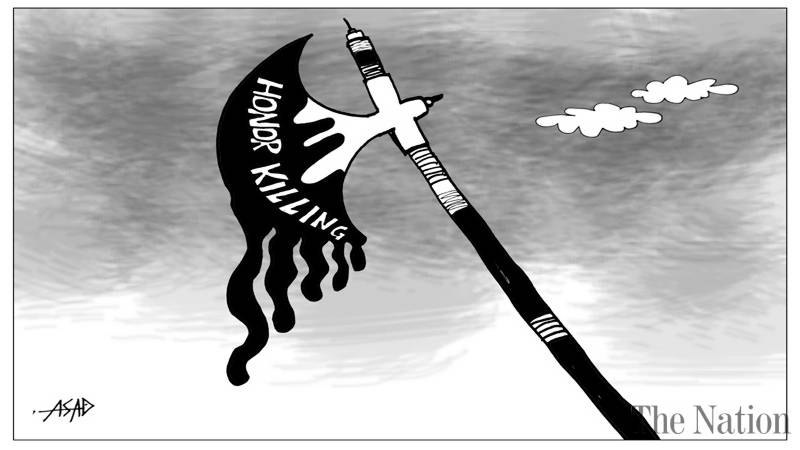 In Pakistan, a particular law has proven useful for criminals and allowed them to kill with impunity. Known as Diyat (blood money), it lets murderers pay off their victim’s families and be pardoned for their crimes, effectively avoiding any serious punishment such as imprisonment.

Introduced with this was Qisas (retribution), which gives families the right to have the accused prosecuted and punished. Families can choose to either go through with Qisas, or waive this and choose Diyat. They simply need to state in court that they forgive the accused.

This shifts the prosecutorial responsibility for homicide away from the state, and into the hands of the victim’s families. Cases are dropped midway after the family pardons the accused and takes the money. Furthermore families are usually coerced into doing this. Courts can reject forced pardons, but these are rarely investigated and sometimes, out of financial desperation, families reluctantly choose Diyat themselves.

Diyat has played a significant role in the high rate of journalist killings in Pakistan. Between 2002-2019, 80 journalists were murdered. Only 5 of these cases have resulted in convictions. The majority were never prosecuted. Many families do not have the finances or connections to pursue their cases against the powerful killers and are instead forced to reach settlements. These killers often act for wealthy and well-connected individuals, whose unlawful activities have been investigated. Journalists have been killed for reporting on the unscrupulous practices of influential politicians, landowners and businessmen, who then use Diyat to avoid prosecution. Reporter Ameer Bux Brohi was murdered for reporting on human rights abuses committed by agents of local landowners. His killer was pardoned after paying blood money.

“Pakistan’s practice of buying off the victim’s family with ‘blood money’ gets in the way of prosecution and conviction,” says Steven Butler, Asia Coordinator for the Committee to Protect Journalists. The Committee places Pakistan among 13 countries where journalists are murdered with impunity most often.

Diyat has led to women being killed with the same immunity as journalists and has also allowed violent cultural practices to fester. It has been instrumental in enabling honour killings, which is the murder (normally of females) for doing something considered dishonourable to their family’s reputation. Past cases include women being killed for eloping, divorcing, and refusing arranged marriages. Such murders are commonly planned by and involve the victim’s own families. Perpetrators are generally the victim’s relatives, and after the family pardons the killer, who often acts with their blessing, charges are dropped. One-fifth of the world’s honour killings occur in Pakistan, with human rights activists estimating about 1000 incidences every year.

The Diyat provision for honour killings was repealed in 2016 and replaced with a mandatory life sentence. This led to social media star Qandeel Baloch’s brother being convicted for her honour killing, after the court refused to let his family pardon him. Nevertheless, the overall conviction rate remains negligible and honour killings continue unabated. Over 1500 cases were reported from 2016-2018. Authorities still fail to pursue cases, and aggrieved parties often settle matters with the accused before a trial can occur. It also remains the judge’s discretion to ultimately decide if a homicide classifies as an honour killing. Murderers can claim a different motive, and if the judge decides that a killing is not honour-based, then Diyat Law can still be applied.

The law’s introduction in 1990 saw a 43% rise in the homicide rate over the next ten years, with a 17% decline in convictions. Diyat is based on Islamic principles and backed by Pakistan’s powerful religious parties, who exert significant influence in this Muslim-majority nation. Abolishing it may be unlikely.