Brutalism’s Back – Why Coventry’s Concrete Has Architects Fascinated

Arts and Culture Co-Editor Isaac Little explores the resurgence of brutalism, its controversial history and what it all means for Coventry. 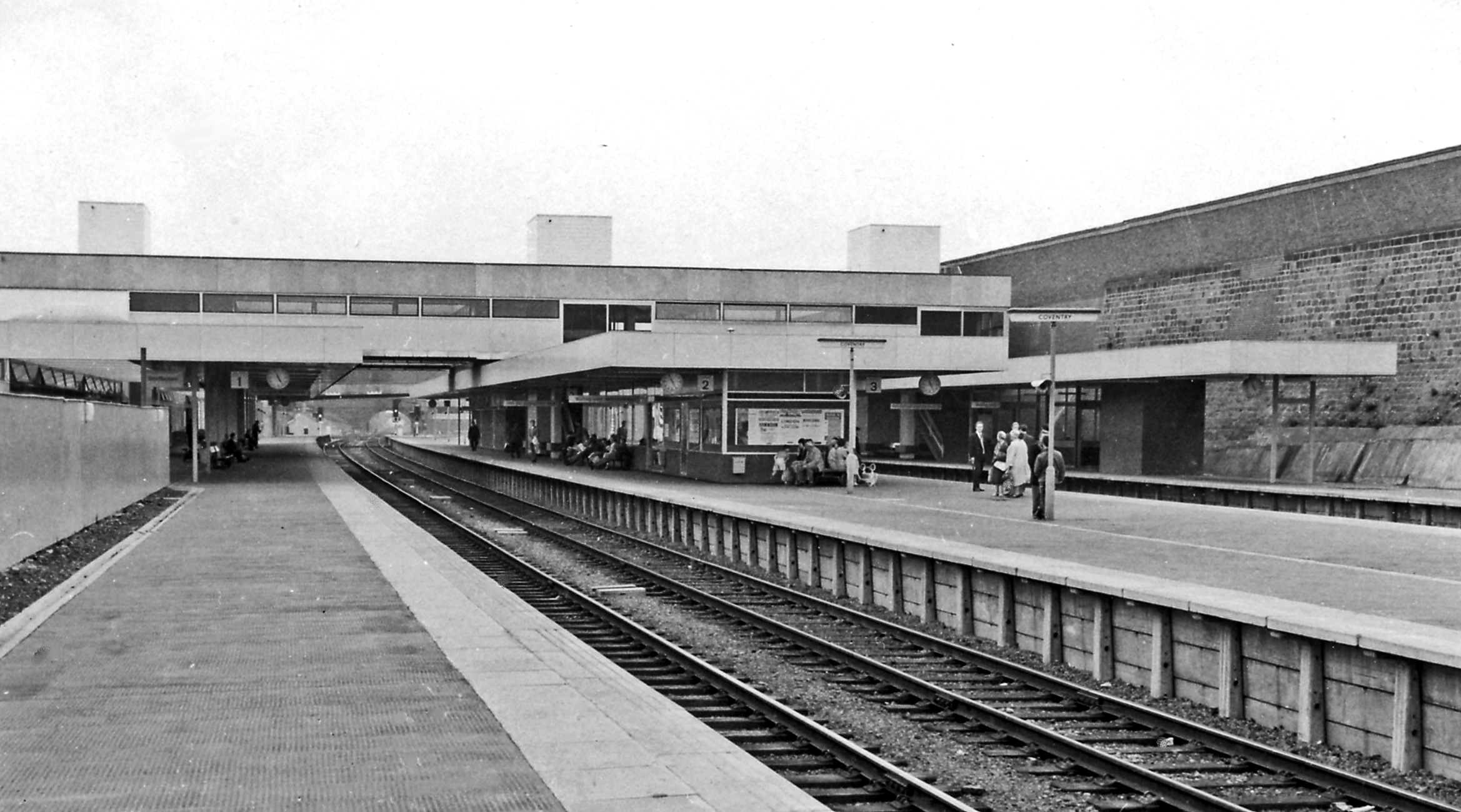 We all know the story: Coventry was one of England’s most beautiful medieval cities until the Nazis bombed it during the blitz and post-war planners, mad on the brutalist bug, built the concrete monstrosity we live in in its place.

It’s one of the reasons why most Warwick students choose to live in Leamington Spa; despite the higher prices. But it’s not a view shared by everyone. In particular, a new generation of architects are re-embracing brutalism; the architectural style our students pay through the nose to avoid.

You can see the revival in a number of places. The New York Times ‘Best Art Book of 2018’ was Phaidon’s, £100 coffee-table tome “Atlas of Brutalist Architecture”. The Barbican Estate, twice voted ‘ugliest building in London’, is now one of the city’s most prized living spaces at £1,297 per square foot. Meanwhile, on social media stark black & white photographs of brutalist behemoths have found enough of a crowd that #brutalism has 654,000 Instagram posts and been credited with saving condemned buildings from demolition. 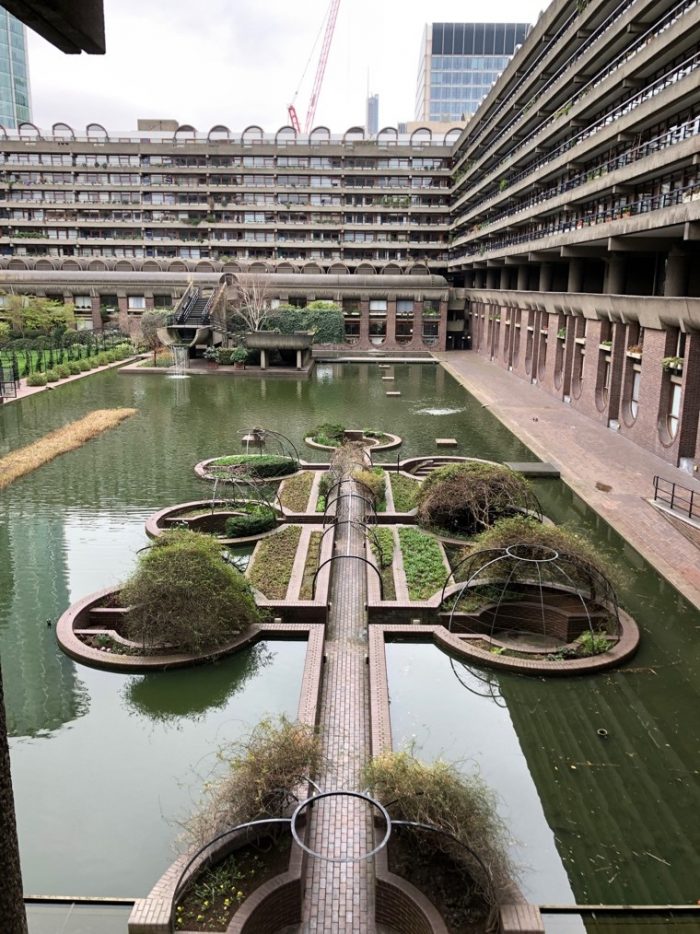 Perhaps we shouldn’t be so surprised by brutalism’s comeback. Architects are notorious for tearing down the work of the previous generation, all-the-while celebrating those styles labelled taboo by their mentors. The postmodern style, think abstract hyper-stylised buildings like 30 St Mary Axe, colloquially known as The Gherkin (2003), or the Sydney Opera House (1973), is falling out of favour in the 21st century. Young architects are increasingly looking at what came before for inspiration and in the process are rehabilitating brutalism.

The name ‘Brutalism’ comes from the French Béton Brut, or ‘exposed concrete’, but was picked up by anglosphere architects as the perfect descriptor for what they were trying to do.

The post-war obsession with harsh concrete buildings was more than just a necessary solution to the periods mass housing crisis. By eliminating the fixation with facades and expensive stylisation brutalism attempted to bring a raw honesty to buildings. While traditional architectural styles attempt to hide the real building blocks behind other materials, brutalism unashamedly celebrates them.

Concrete can be stretched further than other materials due to its high tensile strength. This adaptability explains why brutalism can be found everywhere in almost any form, from churches in Mexico to UNESCO sites in Marseilles to our own Coventry City Centre.

The fluidity allowed architects to build immense structures in hitherto impossible shapes. Even today brutalist structures like the Ministry of Highways in Tbilsi (1974) require a second glance. 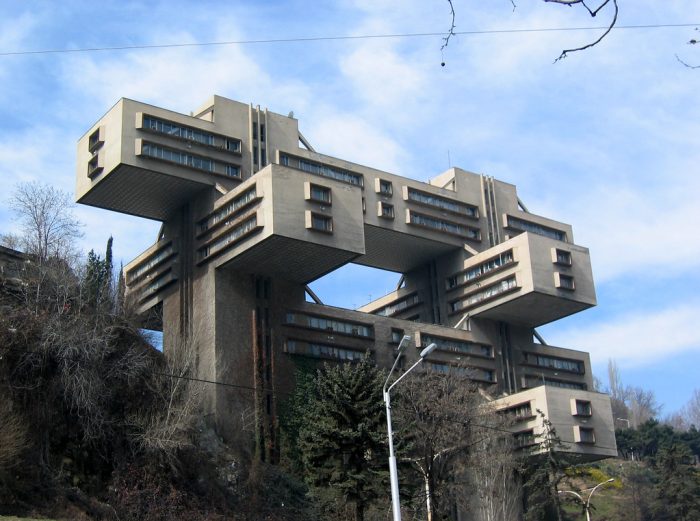 Concrete is also hardy and relatively easy to maintain. Due to brutalism’s association with dilapidated housing this last point may come as a surprise. Yet many brutalist tower blocks were intended to employ a concierge to carry out day-to-day maintenance, yet few did because of limited council budgets.

Part of brutalism’s resurgence is that since the 1990s proper funding has cleaned up the previously disparaged structures. A good example of this is Trellick Tower (1972) in London where takeover by tenants has led to appropriately managed investment and an impressive redemption arc from Colditz like conditions to ‘the height of fashion’.

Over-stylisation was seen as a sort of decadence by post-war architects. Why spend immense sums of money hiding those materials that make buildings what they are? To do so was fundamentally at odds with the post-war consensus that saw the social-democratic welfare state rise across Europe.

The concrete tower blocks were intended as ‘streets in the sky’ that could provide luxuries of the time such as indoor bathrooms, central heating and roof-top gardens to the masses.

Brutalism was meant to be an in-your-face, monolithic representation of working-class power. A visual representation of the welfare states victory over war, the Great Depression and the self-indulgent profligacy of the 1920s. It isn’t a coincidence that so many Brutalist architects, for example Arthur Ling who designed much of Coventry, were card-carrying communists.

Even today within Coventry, after decades of redesign and private investment, you can find surviving evidence of the designer’s radical links. The Belgrade Theatre (1955 – ’58) is named-so because its ceiling is made with beech wood gifted by then Titoist Yugoslavia. The City Market (1956 – ’58) is adorned with socialist-realist murals painted by students from Coventry’s sister-city Dresden; the other twin being Stalingrad (can you spot a theme?). 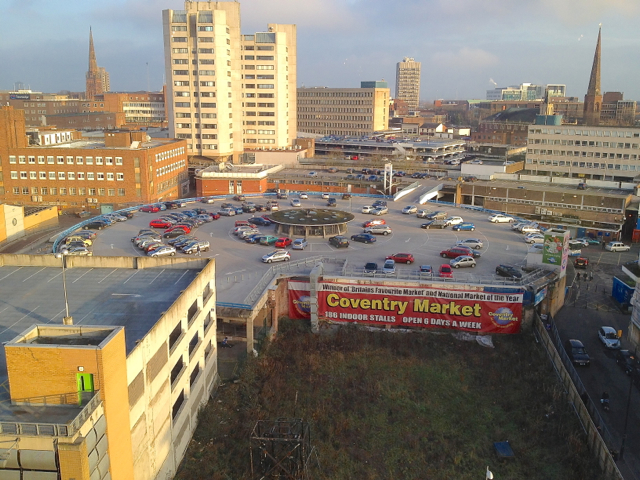 In the 1950s Coventry was celebrated as a model city. Under the Gibson Plan, it had the first pedestrianised shopping centre in Europe, everything was organised around the spire of the newly reconstructed war memorial cathedral, and in just ten years the entire city was rebuilt.

It was impressive enough that planners from across Europe travelled to the Midlands to behold the cities rapid transformation from wartime ruin to a vision of ‘the future’.

And for two decades Coventry boomed. Residents had some of the highest disposable income in the country, demand for ever more workers brought multiculturalism as thousands of Asian and Caribbean immigrants arrived from across the commonwealth, and in 1965 Warwick University opened its doors.

The city’s decline was precipitated by those same currents that saw brutalism fall out of favour and the post-war consensus collapse.

The 1970s were a period of economic crisis across the world. Coventry suffered alongside other manufacturing cities like Detroit as automation combined with oil shocks and offshoring to send mass employment based on the automobile industry into terminal decline. By the 1980s the cities misery was summed up in the ‘The Specials’ song ‘Ghost Town’.

It was in this period of economic depression that the once futuristic and honest associations of Brutalism became replaced with one of grim poverty. Because the buildings had been built to provide modern social housing their tenants were generally those worst hit by recession and the cuts of Thatcherism.

Attempts to ‘disappear’ brutalism by covering it up or knocking it down has backfired. The wave of destruction that saw buildings like Milton Court (1958 – 2008) demolished has mobilised successful campaigns by Brutalist lovers to list under threat buildings such as Preston Bus Station (1969). It was the attempt by Kensington and Chelsea Council to hide concrete brutalism under flammable cladding that caused the tragic Grenfell fire. Similar cladding leaves 328 towers under threat. 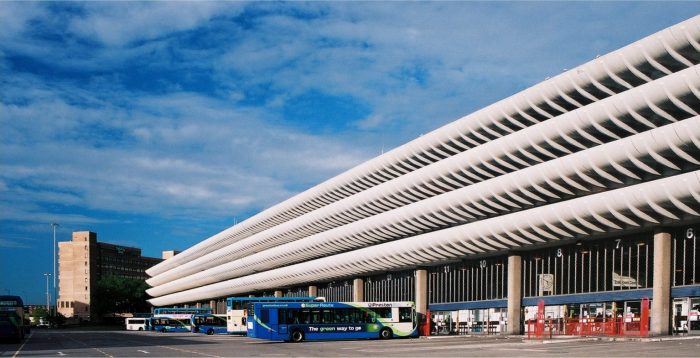 As the 2020s rapidly approach brutalism, concrete and even Coventry are coming full circle. In the last decade, multiple brutalist buildings have been listed by English Heritage, recognising them as ‘an integral part of Britain’s post-war architectural history’. Concrete has become a fashionable material to use for everything from new-build homes to hi-fi speakers to perfume.

Coventry’s success winning City of Culture 2021 demonstrates that the city is closer nowadays to its 1950’s ‘City of the Future’ dream than you’d expect.

So next time you visit Coventry, take a second look at its concrete titans. The world’s architects certainly are.

Isaac Little is co-Editor of the Warwick Globalist’s Arts & Culture section and a third-year History student.