The World According to Claire Fox 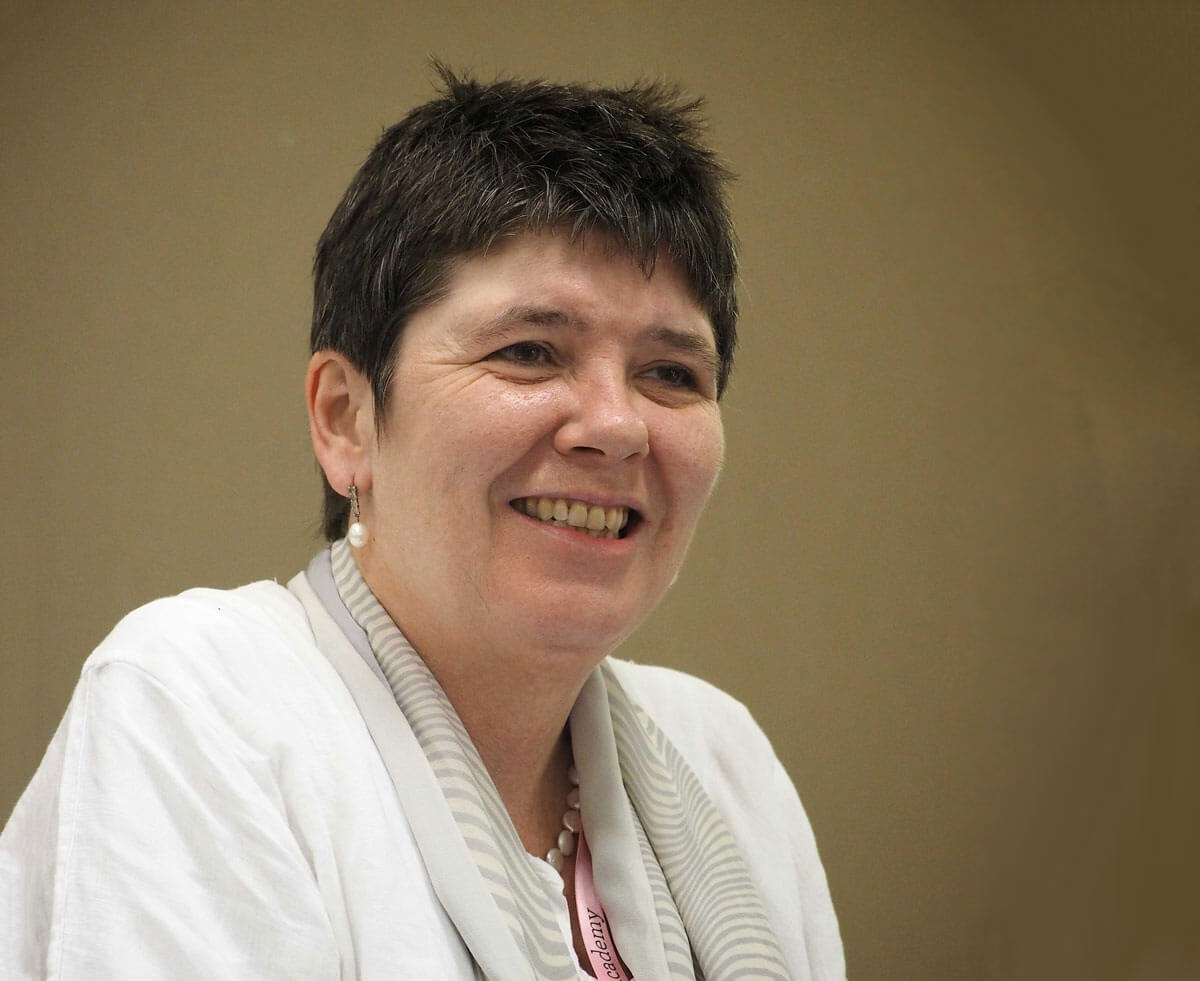 5:15pm. On a dismal Thursday evening, in a cramped generic seminar room, I waited, flanked by a collection of society execs and film techs. The deafening silence occasionally permeated by flurries of awkward conversation. I often find a disconnect exists between the grandiose personas built around ideologues who court controversy, and the often frankly banal reality of who they are as individuals. Claire Fox is nothing short of controversial; I wasn’t sure who I was expecting to be sitting opposite me in the minutes to come.

Questions ranged from her cynicism of university free speech to her adulation for Brexit. When asked whether all debate was worthwhile and useful – framed through the question of the time sensitive issue of climate change – she said current climate debates, ideas and policy were problematic. Instead we should look to figures like Bjorn Lomborg, a man famous for soft climate change denial and who has faced multiple accusations of “scientific dishonesty”. A mere 8 minutes later the interview was over. She needed “time to prepare her notes”. If I wanted to learn anything else about this woman it was to be at her talk like everyone else.

The auditorium was packed well beyond capacity. Every single piece of space was filled, by a crowd waiting with baited breath. The talk was entitled “I find that offensive”, mimicking the title of her book on the malice of the snowflake generation and the slow death of free speech. She seemed proud that she supposedly coined the term “generation snowflake” in that book. A speech about the problems with the young generation to saidsmame generation; the role of provocateur suited her well it seems.

Throughout the talk she attacked the death of freedom of speech among young people, the neglect of debate and the supposed death of liberal ideals. Everything from incitement to racial hatred laws to no platforming accusations fell into her crosshairs. She seemed intent on quoting as many opponents as possible in her talk, wanting to criticise and attack as many people as possible, though she stayed far away from any statistics in no-platforming or free speech restrictions.

She was unafraid to show her love for Brexit. Any who accused the vote of being influenced by materialism, ethnonationalism or by lying big red buses were being “patronising” to leave voters who knew what they were voting for. Indeed much of her talk seemed to be attacking these elites. The middle class and the remainers; the entitled, often, at times, in a Marxist parlance. You could feel the roots of her trotskyite past still had some hold. For her Brexit was a democratic upheaval, rationally enacted by people fighting against EU tyranny. In that universe, all Democracy must be a beautiful thing to witness. She was above all proud of her working class background, and more than that of her capacity to overcome it. She had no time for those saying the environment could have influenced her or anyone else’s journeys out of that.

Fundamentally instead of a cold hard pragmatist attacking leftist idealism, as many frame her to be, Fox came across as an idealist herself. As someone with unrepentant faith in human beings. In their perfect independence, rationality and agency. For her, rationality and ideas exist in a vacuum separate from their context, and through reasoned debate we always reach the correct answer. Maybe this explains the avowed passion she showed for her brainchild, the Battle of Ideas festival she hosts. Such focus on the individual divorced from society seemed initially odd from someone once a member of the trotskyite Revolutionary Communist Party. I guess it really gives new meaning to the old Peter Mandelson adage “We’re all Thatcherites now”. 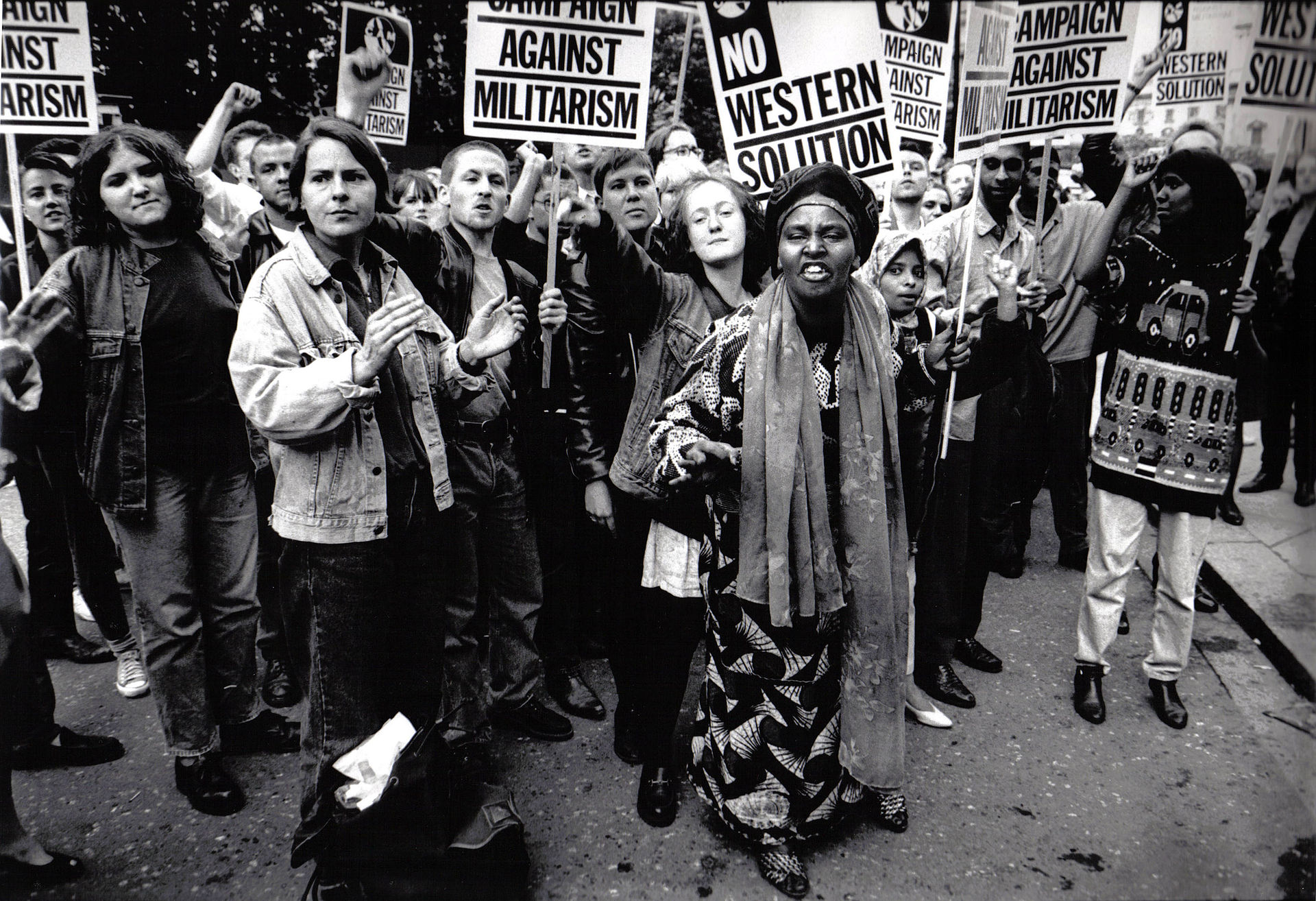 Claire Fox was once a member of the Trotskyite group the Revolutionary Communist Party
Image: Murray McDonald

These snowflakes were first and foremost the left, the young and the Remainers. Papers like the Sun publishing 221 pro brexit letters and only one pro remain letter during the referendum. The Mail asking any university critics of Brexit to be reported to them. Even the blatant and obvious emotional explosion that occurs in Brexiteers the moment the programme is criticised in any way – something that led to the now viral insult “gammon”. None of these were censoring free debate and speech to Fox, or at least they were neglected mention. Debates around racism, faults in western civilisation or even the meaning of Christmas, all surefire ways to spark conservative outrage, were not snowflake triggering issues.

She was prepared to offer something though, in declaring Trump was “the biggest snowflake of them all”. It seemed Trump was the Schrodinger’s Cat of generations; simultaneously the epitome of uniquely millennial culture, and a 72 year old man. 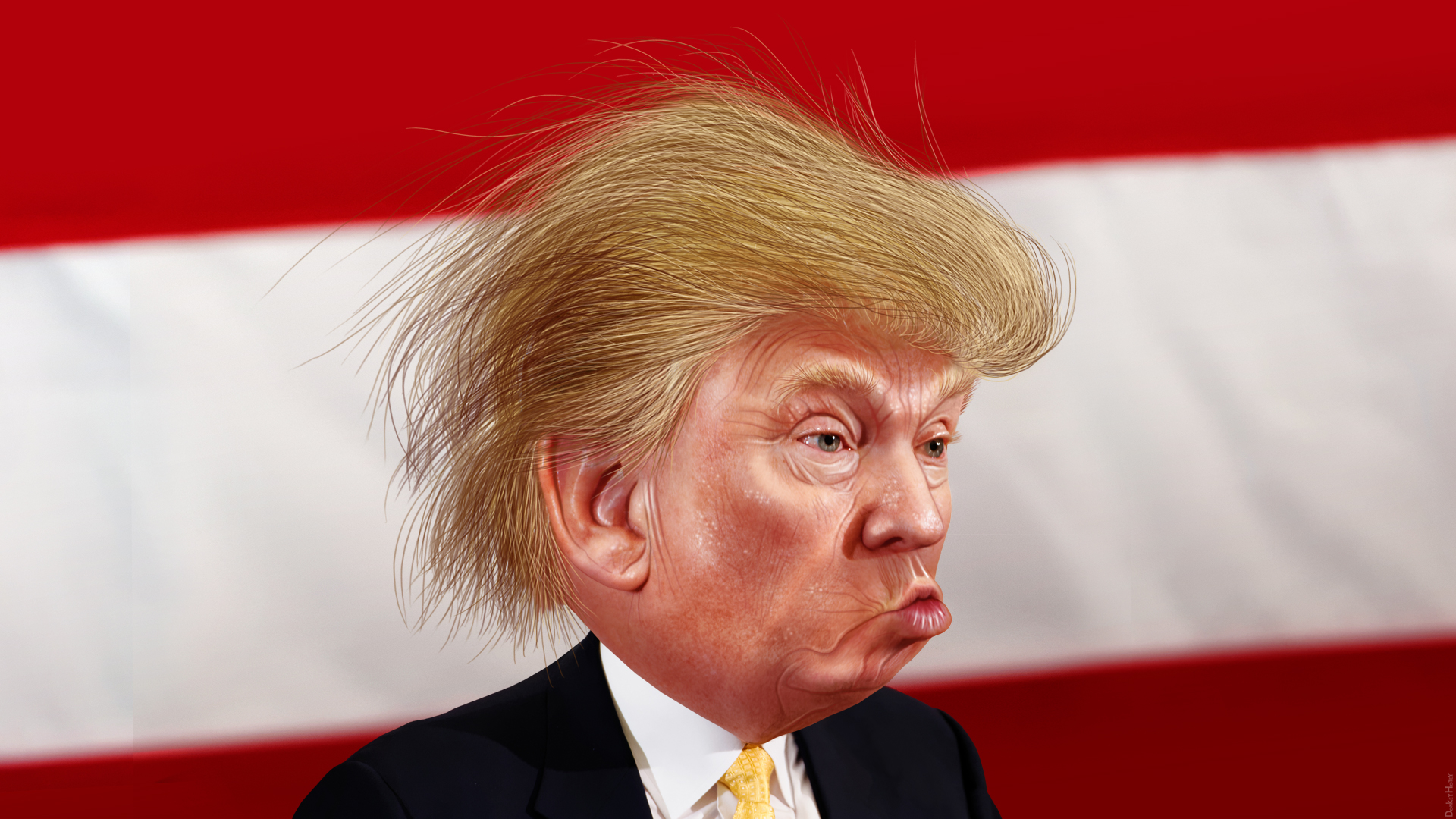 Donald Trump: “The Biggest Snowflake of Them All”
Image: Donkey Hotey / Flickr

When our interview had ended, she had told me to come and ask any missed questions at the talk. More than that she didn’t want questions but opposition and counterarguments – even making the host tell the crowd as much. For a woman so obsessed with debate however, the room couldn’t have felt more like an echo chamber. On more than one occasion, people came to prove their faith; copiously thanking her for her crusade, and launching diatribes against the irrational student leftists that were the supposed banes of their existence. One man seemed insistent on referring to himself as a “free speech activist”, though what that actually entailed seemed as much a mystery to him as it was to the rest of the room and especially Claire Fox herself.

Few asked pressing questions, fewer still offered the counterarguments she craved. Most simply talked about the leftist agenda against conservatives, the death of western civilised ideals and free speech, and some their alt-right idols.

You couldn’t help but feel she was a little disappointed. In her responses she railed against alt-right provocateurs who use free speech “as an excuse to be an arse”, much to the disappointment it seemed of audience members who talked of inviting Jordan Peterson to campus, and enjoying the work of Ben Shapiro and Milo Yiannopoulos. She seemed ill at ease in this company. Of all these people trying to pledge their allegiance, it was the one man who pushed back and challenged her on Brexit’s effect on xenophobia that she responded most to, asking him to email her to talk more about the issue. 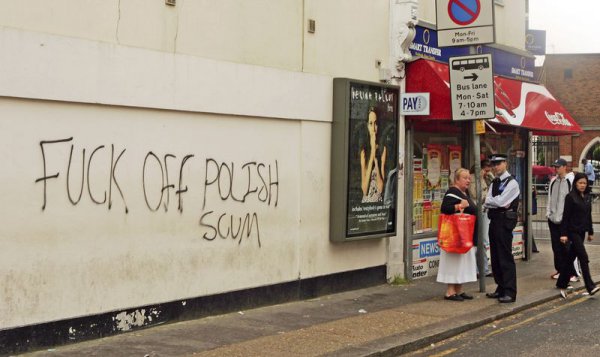 Claire Fox argued hate crime, racism and xenophobia had not increased as a result of or in relation to Brexit
Image: Esquerra Anticapitalista

Inevitably she was asked about the current student health crisis, and inevitably again her answer was a stray from conventions. She said she felt for the “few” who actually suffered with “serious, permanent depression” but the “rest of it” was yet another toxic production of modern millennial mentalities. Suicide rates rising, and becoming the highest killer among men under 35, 19.7% of British people suffering depression (a 2% increase on previous years) and Anorexia, the mental illness with the highest mortality rate, affecting 1.25 million people, and more every year all seemed to matter little. Mental health was a unchanging defect affecting a tragic minority but it was, and could never be, more than that. The rest was simply a “tragic self perpetuating cycle”.

You can appreciate her conundrum. A real mental health crisis, or even widespread mental health problems, fundamentally can’t work with a worldview of transhistorical perfect human nature and rationality. How could now be worse than any other time? More than that: if mental illness is something that can be widespread, can be influenced by your environment, or is a spectrum we all in some way fall on, then fundamentally suggesting the universal potential for unblemished rationality falls apart. It becomes a microcosm of the wider issue of environment, culture and structures being able to influence and shape human actions, natures and ideologies. To admit the imperfection of debate, and the importance of context to ideas. Acknowledging all these is to deny this idea of human rationality in a vacuum, devoid of distraction, degradation or imperfection – to admit otherwise is the first domino. Mental illness is and can only be a small and delineated ailment; something fundamentally curable, binary and most of all rare.

Many of her ideas seemed riddled with inconsistencies. Whilst humans were all rational agents supposedly always capable of independent thought, unmarred by outside influence, she also blamed structures and environments for the creation of the supposedly massive “snowflake generation”. For all her talk of democratic upheavals, rejection of authority and of experts, her think tank leans heavily on substantial funding from the pharmaceutical industry among others, and her work at the Institute for Ideas has faced repeated condemnation as being an front for certain corporate interests. Despite insistence on being a fan of open rational debate and hating echo chambers, she seemed seeped in her own irrational beliefs. Be it thinking swathes of young people are somehow covert supporters of brexit, or right wing militancy and criminality not increasing in the context of Brexit (despite hate crimes increasing by 29%, racially motivated murders steadily increasing, and the number of far right terrorists in prison trebling) and of a no-platforming and anti-free speech trend supposedly widespread and uniquely millennial despite the fact it can be found dotted across all demographics, eras, and ages.

The oddest of all was she talks so frequently of absolutes and yet thrived on living in the grey areas. When it comes to ideas, discourse, and “free speech”, context and most of all consequences were “irrelevant” – incitement to hatred or violence, cultures of intolerance, indeed any links between discourse and actions, ideology and environment, was, in her mind, impossible. Yet simultaneously Fox, defended the threats of rape by a Warwick University group chat, and several other controversial statements by saying, “you can’t ignore the context”.

At first glance it might be hard to imagine how someone can go from revolutionary Marxist to corporatist libertarian. Yet throughout this interview and talk that same absolute and unflinching revolutionary fire burned behind her words. A few years ago, a Guardian article was perplexed as to why, in the article photoshoot, she wouldn’t pose next to a picture of the world pragmatic. To me, it’s no mystery at all.