Counting the hours: how Marclay’s ‘The Clock’ reaffirms why cinema is never a waste of time

Lewis McClenaghan talks about his experience at the Tate Modern film installation “The Clock” and what it tells us all about cinema, society and the lives of each and every one of us 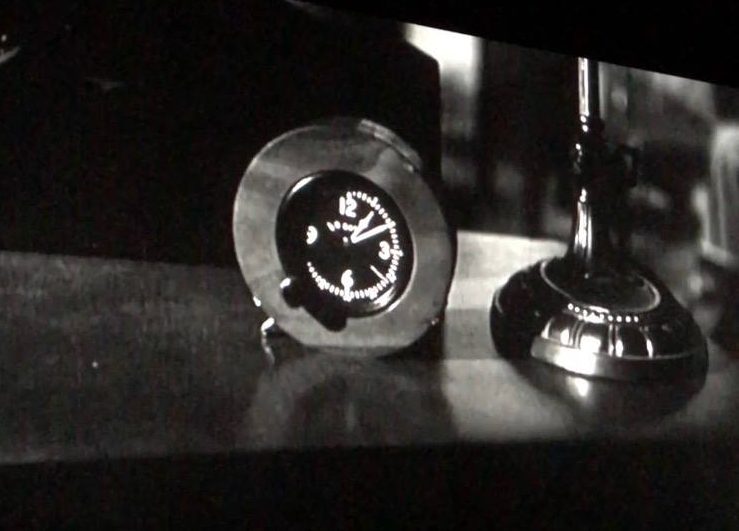 In the opening pages of the de-facto film student bible What Is Cinema, French cultural critic Andre Bazin likens the act of photography to “embalming time”. Capturing images, he writes, fulfils the same ancient, human and ritualistic need the Egyptians performed when they immortalised their dead in sarcophagi and entombed them in pyramids. The arrival of cinema, then, shows us how “the image of things is likewise the image of their duration, change mummified, as it were”. Bazin’s hugely influential ideas practically birthed the field of film studies, and his paradoxical notion of film as both event and artefact has seeped into the ways in which we still respond to cinema today.

It’s hard not to wonder then, what Bazin would make of it that one day film might be used for a radically different purpose – in video artist Christian Marclay’s ‘The Clock’, a 24-hour installation showing at the Tate Modern until 20th January. Spanning the length of the day, the ‘film’ prizes utility over narrative. Visitors can walk in at any time to watch the meticulously extracted clips from cinema history, all showing the exact, current time.

Sounds unclear? Let’s say you enter the installation, a large space with comfortable, spread out sofas like a utopian version of your local Cineworld, at 11 am. Harry and Ron have just missed the train to Hogwarts in The Chamber of Secrets, the time appearing in the background on a station clock. Around 2 and a half hours later, Angelina Jolie in Mrs and Ms Smith checks her digital watch (showing 1:30 pm) and stares out of her binoculars, cutting to see an anonymous 1950’s couple leaving their house at the same time. Driven by its primary function as a working timepiece, Marclay’s world is one where technicolour Hollywood blockbuster stars brush shoulders with the monochrome icons of the French New Wave over lunch. Or where shots of nondescript stations, airports and offices segue into some of the most recognisable settings and cinematic moments in history, linked by the serendipity of taking place at 6.34 pm. The time is established both overtly – “it’s 1:15 exactly” Jason Schwartzman states in Wes Anderson’s Rushmore – or with remarkable subtlety; a pocket watch changing hands between two actresses shows it’s 10:12 am in a brief flash that cannot last more than a few frames.

Yet this herculean feat of scouring through thousands of films to source enough shots to cover a whole day, would not alone explain the cult installation’s enduring popularity. Still engrossing audiences worldwide after 8 years with packed out all-night screenings, ‘The Clock’ may take as its namesake a painfully prosaic device, but this belies its artistry as one of the richest visual works of the 21st century. Watching ‘The Clock’, and the hundreds of fresh connections it makes across the cinematic universe, offers an audience many pleasures other than just telling us the time. For one, it draws attention to the sheer amount of energy we invest in movies. In the age of shorter attention spans, on-demand streaming and atomised news cycles, ‘The Clock’ returns to us a small piece of the tranquility that used to mark our relationship to the moving image. Even the films we do watch nowadays we rarely grant the privilege of their own pace or the possibility of communal watching. Over the course of watching, we’re prompted to ask ourselves some important questions. What quality is it that makes spending 90 minutes watching a film so different to 90 minutes of real life? Just how much time have we all spent together engrossed in fictional worlds and stories so removed from our own, why, and if possible, would we spend it differently?

The genius of ‘The Clock’ then, is to place the onus of commitment firmly back in our hands. Unlike the feature-length film, the box set or the vlog, its form makes no demands on our time; we are free to stay for as long or as little as we please. There is a strange liberty in this, both off and on-screen. Never have characters seemed so tangible as when we encounter them only in the most quotidian moments of their lives, or when we flitter past the most climatic scene of a film. At the movies, the original scenes collected here would be subservient to a structured plot, governed by character arcs and motivations, conflict and causality. Actress Setsuko Hara in Japanese film classic Late Spring is shown checking the time, riding the train to Tokyo on a trip that will irrevocably change her life, but here we view her in a montage with other travelling characters from across the spectrum of genres, seeming to pensively enjoy the journey for its own sake, no destination specified. 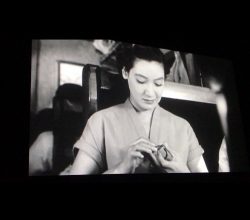 This leads to another remarkable effect that the installation slowly and hypnotically impresses upon its audience. Right from their inception, movies have been divvied up, categorised, marketed to different groups and remembered through different eras, styles and contexts. Like any cultural object, the films we watch say a lot about us. It’s pretty rare in an audience to find a Tom Cruise fan and Top Gun fanatic sharing screen time with someone well-versed in the classics of Italian neorealism, but such are the democratic pleasures of Marclay’s piece. The team behind ‘The Clock’s creation clearly shares a tangible joy in all cinema that comes across as we see old and new, ‘trash’ and ‘niche’, star and extra, bound together, as we all are, by the simple passing of time.

Had Bazin even been able to begin to imagine that one day film would be so ubiquitous, so loved, and the technology so advanced so as to pull off a feat like ‘The Clock’, he may have been forced to revise some of his theories. Marclay himself may be in agreement when he described the work as “giant memento mori”, situated in an aesthetic tradition of reflecting on mortality and death (the Latin translating literally as “remember, you will die”). But never has cinema felt less like an exhibitory tomb of preserved moments. Instead ‘The Clock’ opens up as an entire autonomous world alive all of its own will, that we as spectators can only hope to spend as much of our time exploring as possible.

Lewis is a final year Film and Literature student.