Public Defender or Just a Pretender?

Law student and Warwick Globalist Secretary, Leanne Hemming, reflects on her internship at the Pulaski County Public Defender’s Office and shares what she has learned about the American Criminal Justice System. 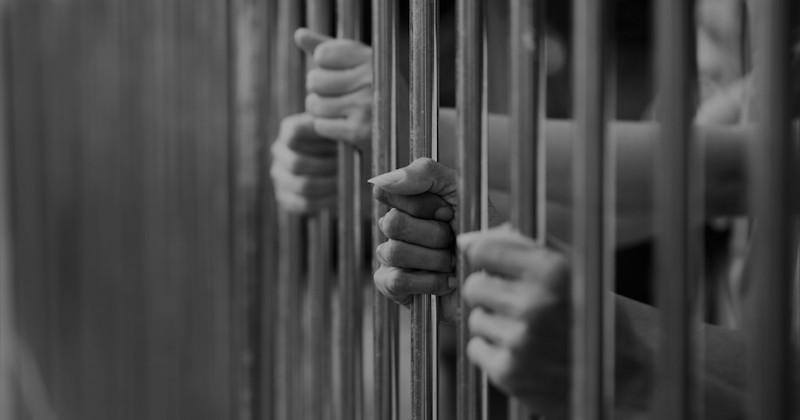 Interning with Pulaski County Public Defender’s Office, meant I got to experience the American criminal justice system first hand. It is a stark contrast to what is glamourized on the television. In reality, public defenders are overworked, underpaid and pushed to the limit in terms of resources. With these issues and high reoffending rates for state represented offenders, is it correct to say that public defenders are just pretenders?

It is a constitutional right for all Americans to have access to an adequate attorney, but the promise of a fully trained defender for every defendant is hard to achieve as the demand is so high and resources are so low. In Pulaski County, Arkansas, around 90% of all criminal defendants are represented by a public defender, as opposed to a private attorney[1]. Public defender’s resources are stretched to the limit. Some attorneys I worked with had around 80 cases at one time, with the majority of these being heard in one day at court.

There is a vast contrast between the number of public defenders and cases where defendants require representation. From July 2013 to 2014, there were 160 funded public defenders in Arkansas who dealt with 86,175 cases[2]. Therefore, each attorney deals with approximately 540 cases per year. This is almost three times the amount of cases recommended by the American Bar Association.

Understandably, there is a preconceived notion that public defenders do not dedicate themselves one hundred percent to each and every case. This often results in their clients raising, before the judge, that their right to an adequate attorney has been violated. It is clear that public defenders are overworked, and unfortunately it is the issue of funding that is preventing the offices from hiring more attorneys to relieve this workload. Until the funding is equal to that of the prosecution, the stark reality is that the public defender system will struggle to provide adequate representation for every defendant.

The issue of disproportionate funding becomes undeniably clear in court. During my time in Little Rock, the ratio of prosecutors to public defenders was regularly 8:3, yet they deal with the same workload. The prosecutor’s office has an array of support staff, and clerks at the office have even complained about having too much of an administrative-heavy work placement. This is not the case at the Public Defender’s Office, law clerks are given more client focused responsibilities as resources are so stretched. Both international and national unpaid interns come to the office to help shift through the administrative tasks. Without dedicated clerks and interns, attorneys would struggle to dedicate any time at all to their clients.

Working with the Public Defender’s Office, I got the chance to spend time with these clients and gain an understanding of how they found themselves in such circumstances. Society is often too quick to judge an individual based on the label of ‘convict’ that the state attaches to them, without regarding the important mitigating factors. In Arkansas, there has been a wave of cases that involve the exploitation of the homeless. Individuals will offer work to the homeless, which they accept with great gratitude, but unbeknown to them, they will be paid with illegitimate cheques. They will then be arrested for forgery when they present the cheque to the bank. Under Arkansas Code, this forgery would be treated a ‘C’ class felony, which is punishable by a minimum of 3 years in prison and a fine of $10,000. It seems unfair to punish a mistake that was made in the height of desperation, especially when a conviction will have a long lasting and devastating effect on that individual’s record. 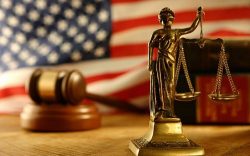 Criminal records mean that habitual offending has become more common, as it is hard to be welcomed back into society labelled as a ‘convict’. Experienced Public Defender in Pulaski County, Lou Marczuk, emphasises finding employment as a convict can be near impossible, “Many of our clients already have criminal records, which makes it difficult for them to find a decent job. Even jobs that offer the minimum wage are doing background checks on employees, and will use prior felonies or misdemeanours as a reason to not hire someone. It is a vicious cycle that is hard to get out of.”

Substance abuse is yet another vicious cycle that some defendants find themselves in. On a daily basis, the court will often be overwhelmed by drug related offences. The majority of Lou Marczuk’s cases are probation violations for drug use: “they [defendants] don’t see it as a crime as it isn’t directly harming anyone, like other offences such as battery or assault. At the end of the day, it is an addiction and these people believe they don’t have the ability to stop using.”[3]

Arkansas has tried to combat this cycle by introducing specialised drug courts, which gets alleged offenders who are addicts into rehabilitation programs. It is beneficial for the state to put offenders through the drugs court from a financial perspective – it costs $4.50 a day compared to $45.00 per day for incarceration[4].

Recently, there has also been a trend in lessening the severity of sentences for drug related offences. Now, the amount of marijuana that a person possesses for it to be declared a felony is over 4oz, compared to the original 2oz.[5]

This reform of the treatment on drug offences has not had completely positive effects. The reduction in incarceration for drug offenses, due to financial costs, has seen a rise in judges sentencing offenders to probation instead. But as Lou Marczuk has noticed, especially for violent offenders for whom are not eligible for the drug court, “they will reoffend until they get the access to the help they need.”

Despite these underlying issues, the Public Defender’s Office and their attorneys work hard to ensure that justice remains the priority in the criminal courts. Without this in place, many individuals would be denied access to justice before even stepping into a court room. From my experience, public defenders are not just mere pretenders, they are the embodiment of integrity in the American criminal justice system.

Leanne Hemming studies Law and is Secretary of The Warwick Globalist. She manages Amicus ALJ University of Warwick, fighting for justice on death row.