Review: Timon of Athens at The RSC Stratford

Hidden beneath the extravagance of an Athenian background, the Royal Shakespeare Company (RSC) captures the capitalistic criticism and misanthropic isolation of one of Shakespeare’s least performed plays: Timon of Athens. 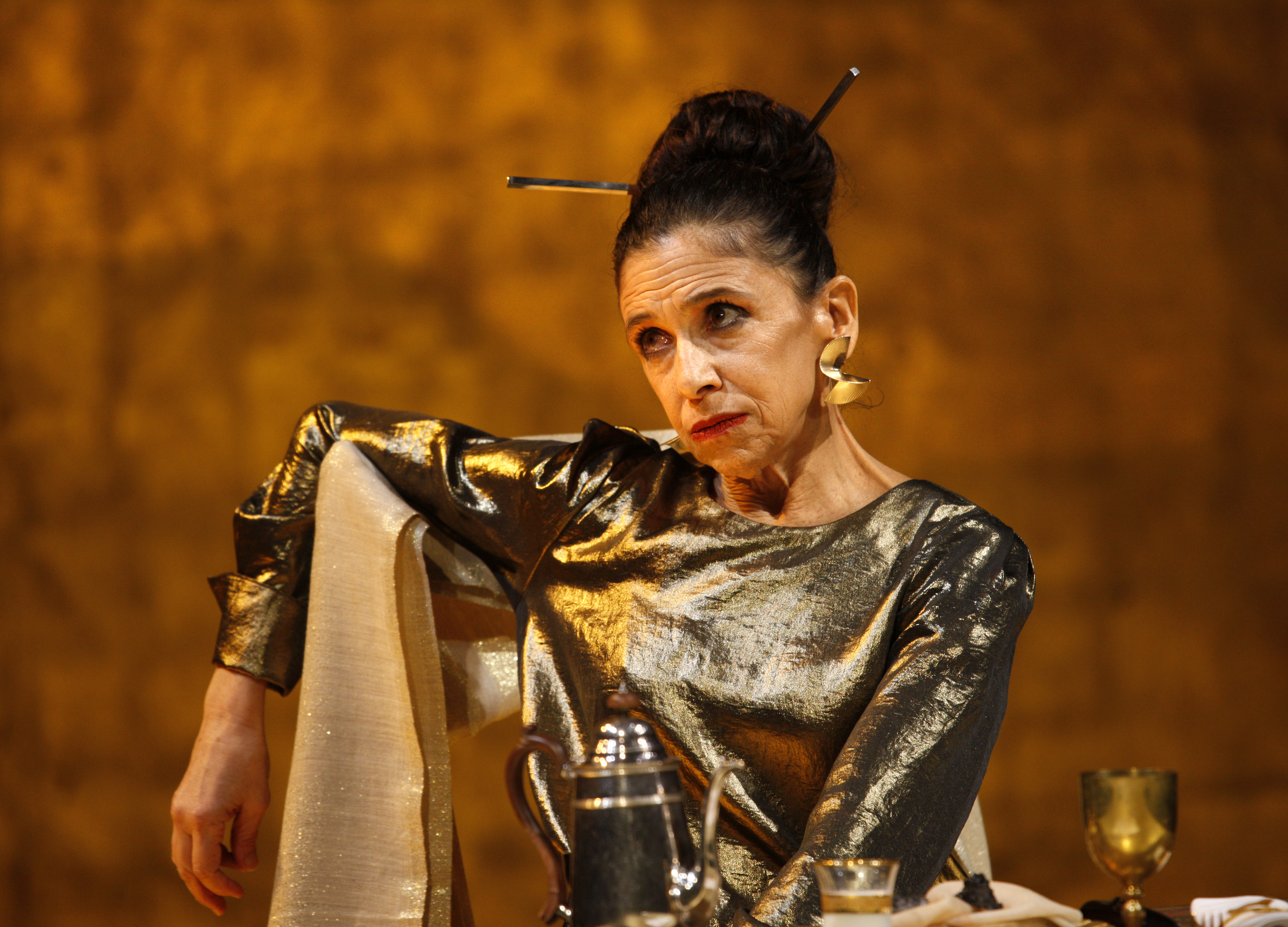 Despite its anonymity, in many ways, Timon of Athens is one of Shakespeare’s most intriguing works. Fundamentally, it explores human connection and relationships. It can be difficult to connect with people because in doing so we open up in a way that makes us susceptible to vulnerability. But there is comfort in surrounding oneself with people even without emotional connection -no-one likes to be alone. Timon uses wealth as a means to secure friendships, as it is the only way they know how. Perhaps it is insecurity or vanity, but Kathryn Hunter’s performance stresses Timon’s spendthrift heroic nature. Throughout the play, interactions between Timon and his ‘friends’ entail excessive flattery and requests for money. While there is something quite natural about wanting to feel appreciated, what happens when this appreciation leads you to become completely disconnected from reality? It’s this theme that the acting and directing at The RSC seeks to highlight most. 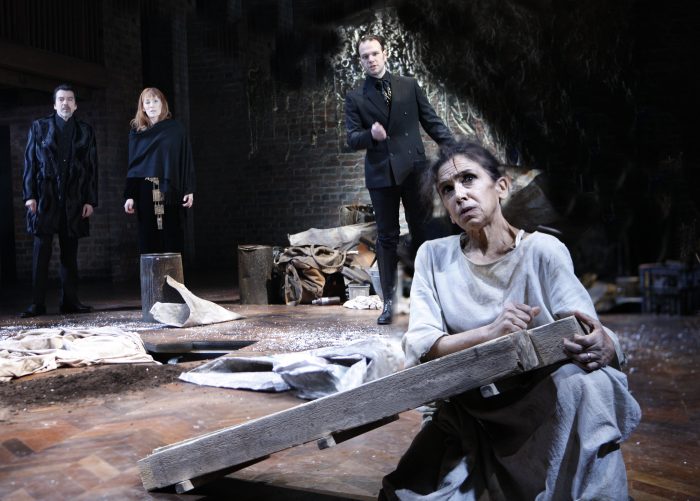 In this way, the mirror is turned on us, the viewer. Most of our relationships are based around meeting a specific need, whether that be companionship, monetary gain, resources or circumstance. But what happens when one of these needs can no longer be met? Whilst most would not resort to the lengths of exile, the extremities of sheer popularity and sheer isolation are fascinating to see displayed across the two halves of the plays. Timon’s vanity and pride over how rich they initially are in friends, starkly contrasts their hatred and bitterness for all men by the end – a contrast further mirrored in the material fall Timon experiences. Even when shown acts of kindness from Alcibiades or Flavius, Timon’s rejected ego neglects the notion that any man can be kind in the world.

These contrasts run through the core of the play. Timon of Athens is accompanied by an ambiguous tone that shifts between the opposites of dark tragedy and comedy. In this way it becomes something of a Shakespearean problem play. Given it’s a collaboration between Shakespeare and Thomas Middleton, the distinct voices of the two playwrights are abundantly evident through these extremities. This does make the dénouement feel abrupt, but also fits well in capturing Timon’s neuroticism. It is these extreme contrasts that make the play generally feel so unique. In focusing on such contrasts directorially, Simon Godwin’s adaption captures the essence of Timon. 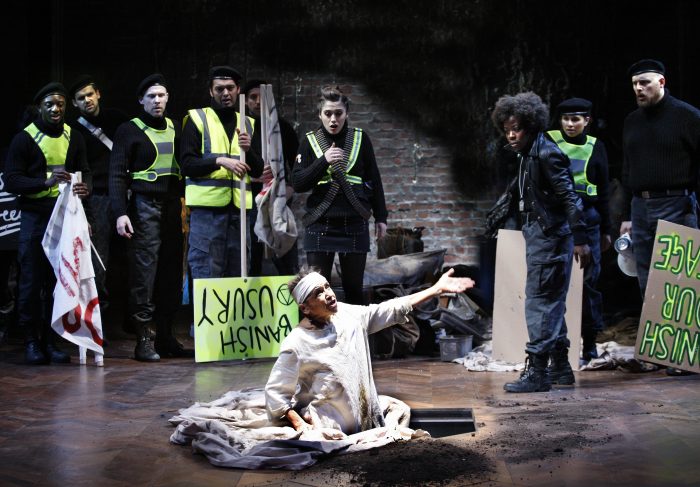 You that way and you this, but two in company; Each man apart, all single and alone…

As ever with Shakespeare, it all feels relevant to modern society. Many of the criticisms of the upper class’ overindulgence and debtor lifestyles resemble many of the issues we still face. The eventual bankruptcy of Timon feels almost ironic living in the context of the 2008 financial crisis. Indeed, Shakespeare grasps a concept that many economists and politicians struggle with today: the very nature of capitalism is cyclical and will eventually catch up with us. This frustration in the cycle of greed and wealth culture is further expressed with the appearance of the gilets jaunes brigade in their yellow hi-vis vests. Whilst an on-the-nose reference, it certainly packs a punch.

Under Simon Godwin’s direction, the Royal Shakespeare Company delivers a witty, charming, relevant and raw adaptation of Timon of Athens. The performances capture the play’s underlying message of how money has the capacity to corrupt; with particular noteworthy performances from Patrick Drury as the loyal and dignified Flavius, and Nia Gwynne as the voice of realism and sarcasm adjoined perfectly with her native Welsh accent and Smiths t-shirt! Front and centre however is the compelling performance of Kathryn Hunter, as Timon, one of many character to swap genders in Godwin’s adaption. It is in the second half with its more stripped back staging that she truly comes into her own, uninhibited by any distractions. Timron of Athens is one of Shakespeare’s most unknown plays, but watching an adaption like this, you begin to question why.

Timon of Athens is an intriguing philosophical, psychological and comical must see and runs until February 22nd, 2019 at the Swan Theatre.