Life After War for Women Combatants

US Foreign Policy Masters student, Tasha Smith, offers a thought-provoking and hard-hitting insight into the experiences of women during and post conflict across the world, and explores options for rehabilitation into civilian life. 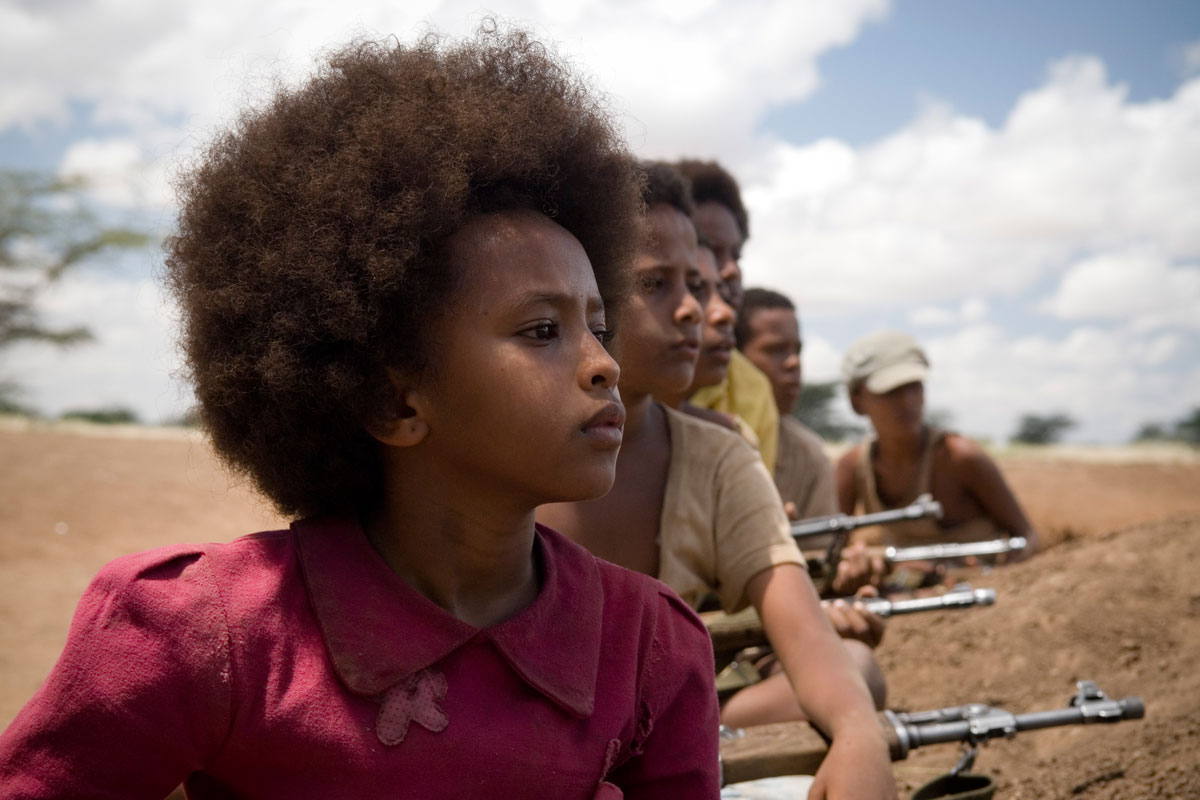 Despite their involvement in all aspects of conflict, the role of women is often narrowly defined in post-conflict programmes. A better understanding of the unique obstacles they face can inform a rehabilitation process that better facilitates the difficult transition back to civilian life.

Post-conflict societies are fragile and complex environments. For the peace process to be both genuine and lasting, former combatants must reintegrate into the social and economic life of their communities. Since the 1990s, Programmes organising the ‘disarmament, demobilisation and reintegration’ (DDR) of those involved in a conflict have become a global practice. The logic driving DDR policy ensures that ex-combatants are able to find other viable, non-violent ways of making a living after they have left military structures.

More recently, there has been an increased focus on the need for a more inclusive DDR template for post-conflict societies. Over the last few decades, the involvement of women in both conventional and non-state armed groups in conflict zones has received increased attention. In conflicts ranging from El Salvador to Angola to Myanmar, the roles women play in armed conflicts have been largely underrepresented in DDR programmes.

Women and men experience both conflict and post-conflict society very differently. DDR programmes must take this into account to ensure that the interests of women are adequately represented in their scope. Their inclusion in these programmes is often integral in the successful transition to a sustainable peace.

Women typically fulfil a range of different roles in a conflict setting. These may include delivering messages, organising financial and military intelligence work or acting as porters in army camps, as well as participating in the violence itself. In many contexts, they are used as ‘comfort women’ or ‘bush wives’ to provide a sexual service to their male counterparts. Sometimes, these women are obliged to take on many roles simultaneously.

Much of the media and academic coverage homogenizes the women in conflict areas as victims, often failing to acknowledge that women have increasingly participated as fighters in these conflicts. In many cases, women and girls join fighting forces as a means to escape oppression and obtain gender equality in strict patriarchal societies.

Many Nepali women fought with the Maoist military wing, the People’s Liberation Army, where they were treated as equals and bore arms alongside the men during the civil conflict 1996-2006. Females made up a significant portion of the PLA forces: of the 3,000 former child soldiers discharged after the violence subsided, almost 1,000 were women.

After the fighting ended, many women struggled to reintegrate into communities in which they were expected to revert to a more marginalised, traditional role. Despite efforts to address systemic gender inequality through legislation, political representation and employment opportunities for women remained scarce in post-conflict Nepal. Beyond the structural obstacles, they also faced emotional and physical challenges, such as reproductive health issues and gender-based domestic violence.

The stigma attached to female ex-combatants can deeply affect how effectively these women make the transition back into civilian life. Community perceptions of Maoist female combatants characterised them as promiscuous and aggressive. A report by the peace-building charity ‘Saferworld’ found that amongst the 136 female combatants interviewed, 80% feared rejection by their families and communities because of their altered gender role.

Issues relating to social acceptance are largely responsible for the low female involvement in DDR programmes across the world. In Sierra Leone, the primary reasons given for minimal registration of women in official DDR programmes was that they feared social exclusion from their communities. Women played a significant role in the conflict in Sierra Leone, as both abducted sex slaves, and as soldiers. As the conflict ended in 2001 and the peace process began, many women chose to ‘self-mobilise’ and slip back into their community quietly to avoid this stigmatisation. DDR programmes provide resources and vocational opportunities to ensure ex-combatants are supported after the violence subsides. Without this training, benefits, or financial aid, women are both more vulnerable to economic hardship, and more likely to take up arms in the midst of post-conflict tensions.  The poor registration rates of women in DDR is a global pattern. The Colombian case demonstrates another instance in which fewer women were involved in rehabilitation programmes than men. In 2003, the Revolutionary Armed Forces of Columbia (FARC) negotiated to end over half a century of violence with the Colombian government.

Of FARC’s 8,000 combatants, almost 40% were female. The Marxist-leaning group treated females the same as males, although the female members played a far more complicated role in the conflict. The broad categorization of young girl soldiers as victims of sexual abuse by the international community fails to capture the more complex reality that these girls were highly valued military assets often required to fulfil a variety of roles, from porters, to spies, to gun-wielding combatants. The complicated role that young girls especially play in conflict make it difficult for DDR programmes to account for them.

Following the end of the violence, many female ex-combatants hid their association with the armed group through fear that their forced involvement in sexual activity would endanger their future prospects. Women who joined the force as children face an additional psychological difficulty of adapting to a civilian life they are not familiar with. Many of these women have been shaped by the norms and values imposed upon them in a military setting at a young age.  Tragically, acclimatizing to a world without violence is the most challenging obstacle for many former child soldiers.

The three cases explored here indicate a broader problem in facilitating the transition from soldier to civilian. A report by the Child-Soldier charity, Invisible Children, found that although 40% of the world’s child soldiers are girls, they make up only 5% of those involved in child soldier reintegration programmes.

DDR programmes were originally designed in the 1990s, aimed at adult male combatants. Since then, we have seen a significant evolution in the scope of these programmes as we better understand the different demographics involved in intra-state violence. The United Nations Security Council recognized that women experienced war differently from the way men do in passing Resolution 1325, on Women, Peace and Security. The purpose of the Resolution was a global commitment to ensure that women and girls are more systematically integrated into peace processes and long-term security. However, it is important to remember that, as women play very different roles in conflict, rehabilitation programmes must avoid looping all these problems together into a one-size-fits-all solution.

Whilst ‘success stories’ are hard to come by in the thorny field of post-conflict rehabilitation, many DDR programmes over the past three decades provide a series of experiences, both positive and negative, from which we can learn. Policy-makers must better understand the complex roles that women play in conflict to ensure that they are reached after the fighting stops. Advancing programmes that take into account the experiences of these women, beyond drastically improving their chances at reintegration, can further pave the way to a more sustainable, inclusive peace.

Tasha Smith is an MA student in US Foreign Policy.