In lieu of an Observer poll that found 40% of us would vote for a new party, Warwick Globalist Co-Editor Matilda Smith bemoans the alienating political landscape that has left us in this situation. 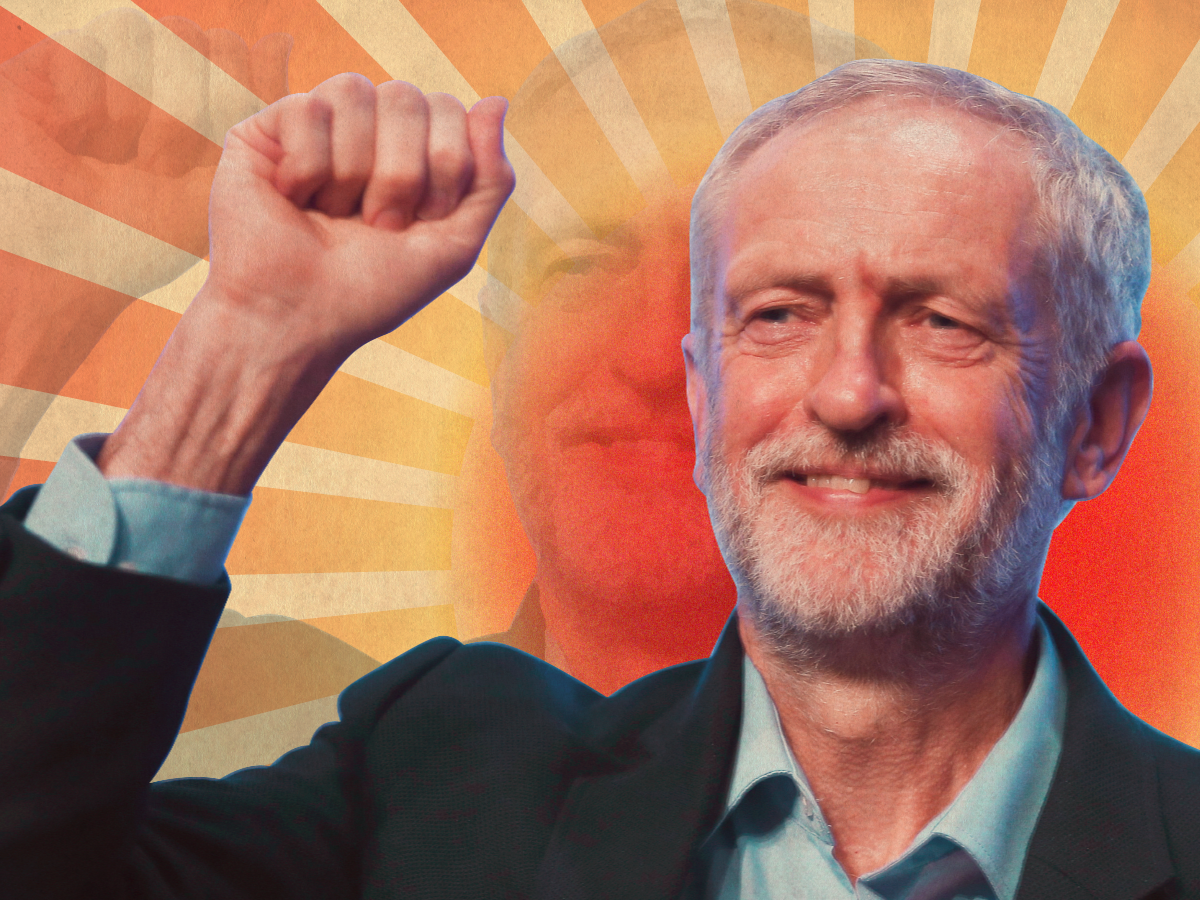 I sit in a room of a few hundred people gathered together. Some have come from down the road, others have travelled across the country to attend. An overpriced bar takes advantage of the long delay whilst the centrepiece stands outside preaching to a crowd of disappointed supporters who could not find a place amongst the chosen inside. Finally, with the anticipation welling to almost unbearable levels, he walks onto centre stage. The cheers and cooing of the congregation erupt across the room and the next hour or so is characterised by almost constant woops, claps and violent nodding. This is no Church, Mosque or Synagogue however. This is a suite in the Stoke City stadium and Jeremy Corbyn has come to visit.

In itself, this support isn’t worrying or even surprising, especially when considering the competition. Theresa May stands at the helm of a decade of failures and misery. Austerity, once considered a legitimate economic policy is now a by-word for unnecessary cruelty and greed from our “beloved” government. Worse still a far more radical and extremist force looms behind May’s failing leadership in the forms of Boris Johnson and Jacob Rees-Mogg. Here now emerges an Etonian plutocratic future, with a leader devoid and distant from the plight of the common person.  We exchange what now seems to have been a benevolent authority, the EU, for this Greek tragedy.

Saint Corbyn’s support appears completely warranted therefore when set against this alternative, yet sitting in on his speech I found that the situation was far more complicated. His condemnation of the Tory cuts and declaration that for our society to prosper our education, NHS, infrastructure, prisons and public services needed support and investment was something I happily and enthusiastically applauded to. But his accusation that the BBC and the Media as a whole were deliberately attacking him and his closest supporters because of the wealth of support he had received left me ill at ease. It all parallels the dangerous ‘Fake News’ mantra Trump constantly peddles. His repeated assertion that anti-Semitism had no place in the Labour Party doesn’t seem to be stopping his most fervent supporters claiming that Jewish leaders and Israel are working to divide the Labour party. Corbyn is saying a lot of the right stuff, but when it comes to introspection there are only denials and tin-foil hat conspiracies. And so, as both parties creep ever more into the extremes the public turn away from them. This is why the Observer discovered in a recent poll that two in five voters would be ‘highly likely’ to vote for a new party in the next general election.

There is much talk that Corbyn is bringing the Labour Party back to its roots and away from the supposed bastardisation that New Labour cast upon the party’s legacy. But in a situation in which every possible shred of evidence is informing us that Corbyn has no hope of winning an election he carries on, and as he does the Conservatives continue to remain in power enforcing the austerity that is driving the country apart. It’s easy to point to the election and declare it a ‘win’ for Corbyn, but the fact remains that Labour still lost to one of the most unpopular Conservative leaders in living memory. Corbyn was, as Ian Hislop joked “as successful as Gordon Brown was when he lost”. As of the 1st September, the Independent gave Labour a four point lead over the Conservatives, but a YouGov poll, a mere couple of days earlier, put the Tories two points ahead of Labour. The situation appears very similar to that of the general election, with the two parties slipping and sliding around each other from day to day.

Thatcher once said that her greatest achievement was New Labour. And this is a statement that seems to have impacted Labour supporters far more than her own. New Labour was not the radical and exciting period of solidarity and change that many hope Corbyn can bring. But they were not Thatcher, they were not the Conservatives and they were not even close to the disastrous political, economic and social climate we are enduring now. New Labour should be criticised, Brown and especially Blair did a Hell of a lot wrong but to totally dismiss them as diet Thatcherism is dangerously lacking in nuance and leaves nothing in the way of compromise, introspection or change.

So what is the choice then? Well according to Vince Cable it’s the Liberal Democrats. Shocking I know. At his party conference he said, “Whether you see yourself as a liberal, social democrat, progressive, or centrist, there is a home for you here, particularly as we fight Brexit together”. Cable is speaking directly to previous Labour supporters who are looking for a vaguely lefty option and he is appealing to Labour supporters who have been disappointed with Corbyn’s lack of engagement and involvement in the Remain campaign and even his attempt to pose Brexit as a possible benefit. It’s probably a move that will get him a lot of supporters. But the Liberal Democrats are still so marred in failure and disappointment it’s unlikely such a line of reasoning would lift them from the mire they continue to be situated in. Although the party gained back some seats in the last General Election, including that of their own current leader’s, the four new seats they gained overall was met also with an overall drop of 0.5% in the overall vote rate. As of August 2018 the Lib Dems are still only looking at an 8% share of the votes compared to 7.4% since the general election. It’s not a different option the British public appear to want, but a new option. 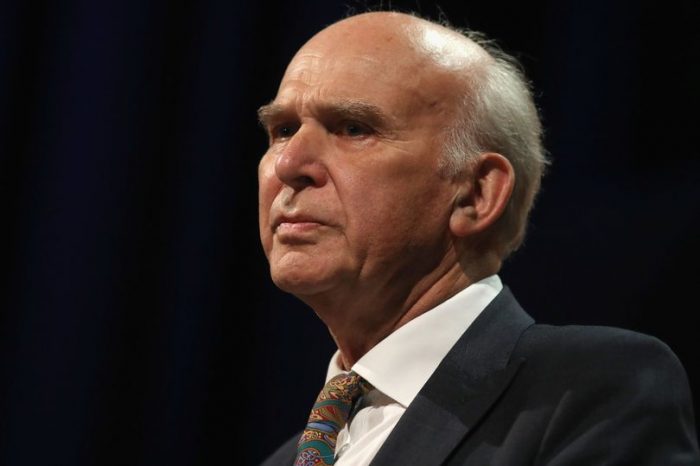 Perhaps this option could come from the totally not happening new moderate party that is definitely not being led by Chukka Ummama. In truth I have no idea if this is actually a possibility, it’s a rumour that seems to spark up every couple of months and then die down and disappear. It’s surprising that Ummama would be the one to orchestrate such a move however considering his quickly abandoned leadership bid back in 2015. But, theoretically, a new party could prove successful. The Social-Democratic Party is often brought up when discussing such things but if the huge shifts in politics across the world of the last few years prove anything it’s that things are very different from the 80’s. Of course it’s still a risk, and in the very likely event in which such a new party would not skyrocket to government, this would simply lead to a split in the votes and an easy win, perhaps even a majority, for the Tories. Thus their reign would not only continue but become somehow more unbearable. Of course, the ‘new’ party that could emerge may very well be one from the moderate, pro-EU Tories. This could accomplish two great feats; one in curbing the power of Conservative radicals, such as Rees-Mogg, and two, in splitting the vote and laying the path clear for Corbyn to ascent to our highest office. The MP Anna Soubry has stated that both Labour and Conservatives are “in the grips of extremists”, demonstrating some resistance among the Conservatives to the direction in which the party is heading. Only time will tell if a split like this could happen, so far however there seems no evidence of any real manoeuvring towards it beyond some defiant interviews.

There has never been a time in our political history when the public have been so willing to see Labour as their saviour. Many people do, and eagerly await the Corbyn Prime Ministership that is soon to come. Despite the fanfare and the evangelical support however the public generally are evidently unimpressed by this option. Ten, maybe even five, years ago, the prospects of the enduring back-bencher Rees-Mogg having any whiff of real power would have seemed laughable. Rees-Mogg is a man whose values are based on such backwards ideals and whose hypocrisy in regards to wealth is so eye wateringly disgusting it might resurrect Jesus Christ himself a second time to give him a lecture on Camels, eyes of needles and Heaven.

With May at the front-line and him in the periphery Labour should be killing it in the polls. Yet they are wrestling constantly for equal place with the Conservatives. The Lib Dems think they’re in with a shot but don’t seem to be shifting in popularity in the polls. A new party appears popular in theory, but the reality could just prove dangerous. Our politics have been reduced to tribes. Corbynistas and Mogmentum fighting over space in the House of Commons like dogs over a bone. In this battle of Saints and Kings the only losers are us, the public. Until both sides are willing to accept compromise and are willing to change, 40 percent of the public will continue to cry-out for a new alternative. As well as this, many of the remaining three fifths, though not necessarily asking for a new party, may still vote for one if it emerged. Certainly such a demand would be enough to completely sway a general election and perhaps even the more permanent political landscape as a whole. And, whether this will be for better or worse, as long as this demand continues the incompetence of both Labour and the Conservatives is clear.

Matilda Smith is Co-Editor of Warwick Globalist and a Third Year History BA student at Warwick.