Sociology student Sarah Staniforth discusses the relationship between gender, sexuality and autism through a recounting of a conference held by the University of Birmingham’s School of Education. 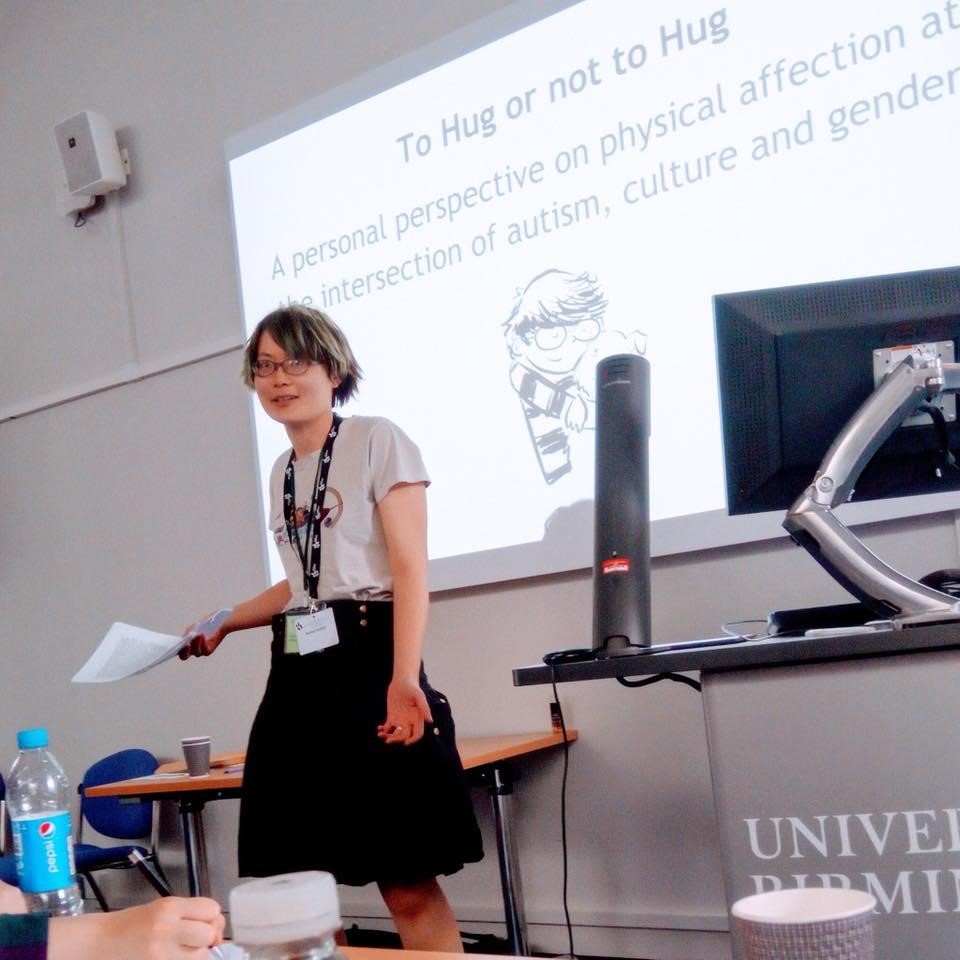 On the 18th of May 2018, a myriad of individuals gathered for the first “Intimate Lives? Autism, Gender, Sex/uality and Identity” postgraduate conference at the University of Birmingham’s School of Education. The conference was sponsored by the British Sociological Association, and came in the wake of another conference on the topic of autism and gender hosted earlier this year by the University of Strathclyde.
The day was split into four panels, organised into four themes: autistic sexuality’s ‘queering’ of neurotypical (non-autistic) perceptions; autistic people’s negotiation of the ‘normative gaze’; autism, gender identity, and access to services (e.g. statutory mental health services), and the social context to sensory sensitivities. Each panel combined the presentation of research findings and lived experience and consisted of three or four 15-minute talks, with opportunities to ask questions afterwards.

“Intimate Lives?” was an exceptional conference for a number of reasons. Firstly, it was co-organised by autistic people, a refreshing departure from the prevailing trend within academia of autistic people being spoken for by neurotypical people. The majority of the speakers I watched present were autistic people, therefore their contributions were informed by lived experience. In addition to this, the conference was organised to accommodate the needs of autistic conference attendees. To name just a couple of examples, a quiet room was made available, and the delegate packs included wearable communication preference badges: for example, ‘Please initiate: I would like to socialise, but I have difficulty initiating. Please initiate with me’.

The conference was also noteworthy because the topics of gender and sexuality have so long been neglected by the autism research agenda. It is only in the last few years that the misconception that autism is a ‘male’ condition has begun to be seriously challenged. Further, the notion that autistic people are not sexual beings has led to the ignoring of our experiences of sex and relationships, an incredibly problematic omission for a number of reasons. While a large body of literature examines autistic people’s difficulties and differences with platonic interaction, there is much less work on how we experience sex and romance, perhaps because it is assumed that we are incapable of engaging in them. Of course, part of the diagnostic criteria for autism is difficulty with social interaction, meaning that autistic people who desire sex and/or relationships often struggle to find partners. But research findings show that a considerable proportion of autistic people are sexually and/or romantically active. There is evidence that rather than experiencing no sexual or romantic feelings at all, many autistic people merely experience them differently to neurotypical people – although perhaps less differently than is often assumed. “Intimate Lives?” explored and celebrated these differences.

Another aspect of “Intimate Lives?” that made it an exceptional conference was the fact that it felt so… well, intimate. This was exemplified by the response to Lexi Orchard’s presentation about ‘masking’ one’s autism in a neurotypical world. Lexi made the amazing disclosure that their presentation at the conference was the first public outing they’d made in 7 years – not a disclosure you’d hear at many conferences, and surely a sign that the event provided what participants felt was a safe and comfortable space to be themselves. At another conference they may have been met with bewilderment from their audience, but at “Intimate Lives?” they were met with rapturous ‘flappause’ (silent applause made through the flapping of one’s hands).

Perhaps the most thought-provoking presentation I attended was by Sonny Hallett, a non-binary, mixed race autistic person who discussed their experiences with hugs. Hugs aren’t something normally treated as worthy of serious analysis. Sex, yes. Sex is analysed endlessly. But hugs? They’re just not deemed sufficiently important. But hugs are important! They are perhaps particularly important for a lot of autistic people, who often have complicated relationships with physical intimacy, and for whom hugs may be the only way of obtaining it.

Sonny spoke about how they craved physical intimacy but didn’t know how to ask for it, so they would resort to pretending to sleep around their friends in order to get hugs (Their friends thought that they looked cute whilst asleep, so they would come and hug them). Sonny also discussed the racialisation of autism – an interesting topic otherwise unfortunately neglected by the predominantly white conference – reflecting upon how their quirks were attributed by other British people to their upbringing in Beijing, rather than to them having undiagnosed autism.

Overall, “Intimate Lives?” was an excellent conference: very thoughtfully organised, friendly, and stimulating. It was by no means perfect; it would have benefited from a more ethnically diverse line-up, as well as from being more spread out: there is so much to say about autism, gender and sexuality, but few forums through which to discuss it publicly, and as a result the presentations felt rushed. Up until recently, a BSA-sponsored conference on the topic of autistic gender and sexuality wouldn’t have seemed like a possibility. But “Intimate Lives?” was fully booked, demonstrating the amount of interest in the topic, and suggesting that there will hopefully be future iterations of the conference where there will be more time for more sustained dialogue.

Speaking about the conference, co-organiser Marianthi Kourti, a PhD student at the University of Birmingham, said: ‘What I think was so powerful was that it had autistic presence in it through and through. It was originally conceptualised (from my end) during Autscape (an autistic-led yearly conference/retreat). Me and the other committee member made active choices throughout the process to put the autistic voice in the foreground. I am excited to have found co-organisers that are as committed as I am to the idea of promoting autistic/neurodivergent voices, even though they may not be autistic themselves. We are also so excited to see the reception this conference has had, both from autistic people and from autism professionals and we certainly hope to follow it with more similar events and projects in the future.’

Sarah Staniforth is a Sociology student at the University of Warwick.