Atheists in Muslim majority countries: Between inclusion and exclusion 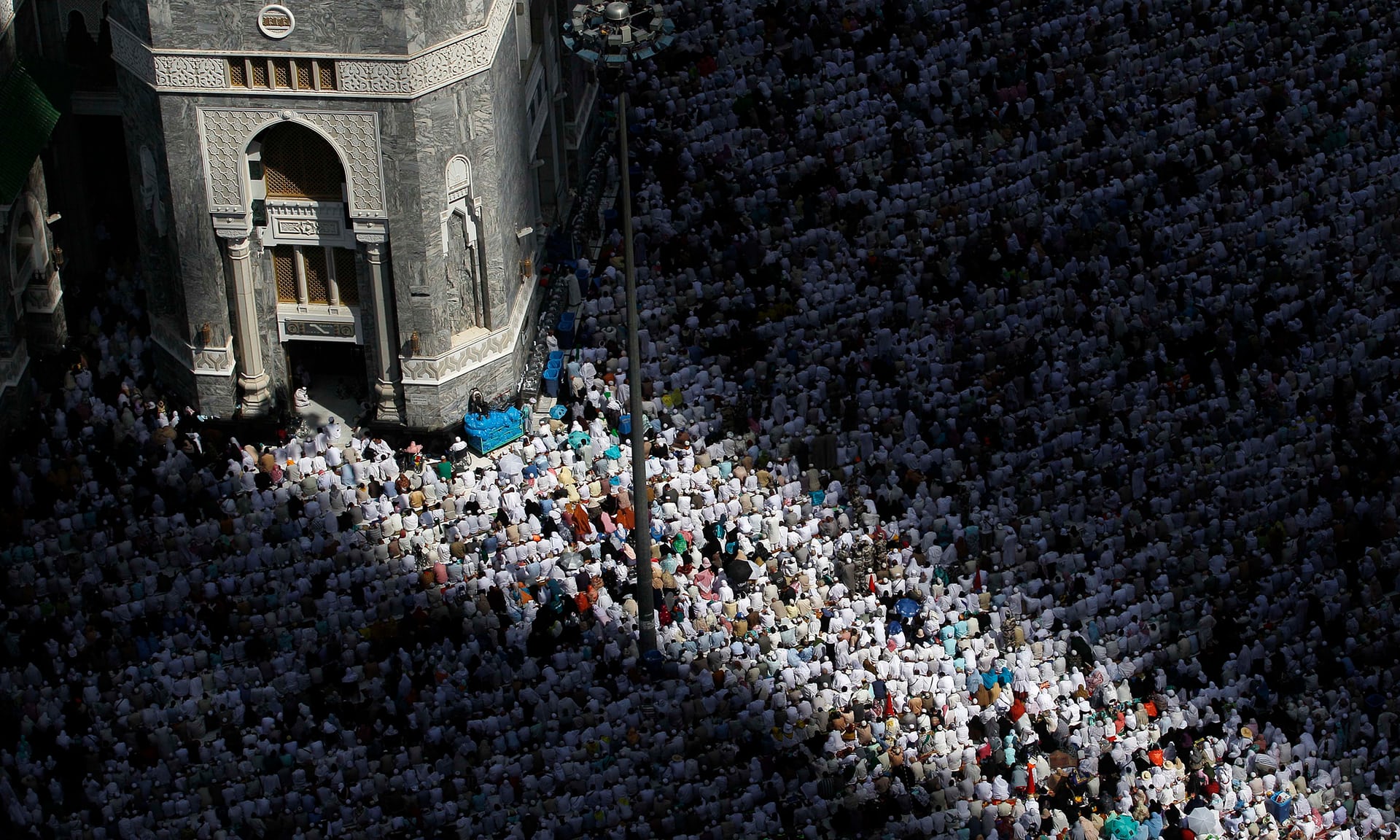 Image: Muslims praying in Mecca on the Hajj by Hassan Ammar

Authoritarian regimes and religious institutions in the Muslim majority world see eye-to-eye on the topic of Atheism. United by their fear of losing control over their populations and their desire for conformity, consecutive governments have pushed for unfair restrictions on their subjects’ beliefs since their inception. To this day, non-belief remains a taboo. Should Atheists in Muslim majority world become more vocal?

With the increasing number of persecution and punishment cases as well as discrimination campaigns against atheists in Muslim-majority countries in the Middle East and North Africa, another question arises as to whether Islam establishes discriminatory demarcations to Atheism or if there are other factors that play a crucial role?

Since March 2018, the Parliamentary Committee on Religion in Egypt has been preparing a bill to criminalise atheism in Egypt. This move is one of many Egypt has recently undertaken to combat atheism. The proposed law consists of four articles. The first article defines Egyptian state’s understanding of Atheism; the second criminalises Atheism and imposes severe punishments upon Atheists; the third stipulates that the penalties are lifted when a person abandons his/her Atheistic beliefs, and the fourth is that the penalties for Atheism prescribed by law should be “very strict”. 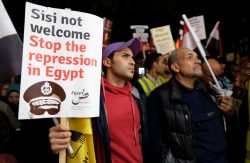 Protests against the criminalization of Atheism in Egypt

As If There Is One Islam

It is not inaccurate to say that there is one version of Islam that we can speak of. There are different, and sometimes competing and conflicting interpretations of Islam. Therefore, to be speaking of Islam’s tolerance or intolerance of Atheism and other religions is more likely to be futile. There is no unified definition of Islam that applies to the beliefs of the majority of those who describe themselves as Muslims. Thus, a representative version that encompasses all Muslims is simply a myth.

Thus, a phrase such as “in my version of Islam” is very common in Muslims’ narratives. In this sense, there are Muslims, who tolerate freedom of religion and even protect it, while others trample such freedom under their feet.

In fact, there are several contradicting verses on atheists and nonbelievers in the Quran. There are verses in the Quran such as “there is no compulsion in religion,” which emphasizes the freedom of choice. However, there are other verses in the Quran that argue otherwise such as “fight against those who believe not in Allah, nor in the Last Day, nor forbid that which has been forbidden by Allah and his messenger and those who acknowledge not the religion of truth (i.e. Islam) among the people of the scripture (Jews and Christians).”

While Islam itself does not speak, its scriptures provide precepts for social inclusion and exclusion. It is the task of Muslims to organize and communicate the scriptures in order to bring them to life in a pluralistic society.

Anti-atheism is more likely to find roots in Muslim and Christian teachings and traditions of the countries of the Middle East and North Africa. However, the alliances between political elites and religious elites in authoritarian states are particularly important because they enforce a religious, social and political conformity within the territories they govern. These three levels of conformity eventually enforce exclusionary social norms towards atheists.

The negative connotation of the word “Atheism” has not been invented by the dictators. The word Atheism has been used by secular dictators to remain in power and simultaneously eliminate political opponents. In other words, “Atheism” had already become a buzzword. The dictators such as Nasser and Sadat in Egypt or Assad in Syria associated it with specific political actors such as the communists in order to exclude them from political participation. Nevertheless, the anti-Atheist campaigns in Muslim-majority countries are not only motivated by politics, but also by the conservative religious elites who have come to consensus with dictatorships in the region since the 1950s. 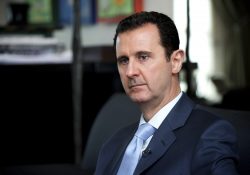 The anti-Atheist campaigns have not arisen because of, but in spite of authoritarian dictators. The secular dictators have allowed “anti-Atheist campaigns” in order to remain credible to their internal allies – the conservative religious elites. In this sense, it is about wielding power, especially that a political actor is automatically excluded from political participation as soon as it is associated with Atheism.

Through dictatorial practices and statements, discrimination against atheists has become commonplace not only in religious discourse, which seeks to legitimize political despotism, but also in media discourses throughout the region. In these discourses atheism remains a taboo subject that is often considered inappropriate or harmful for the society.

In 2014, Al-Azhar’s Grand Iman Ahmed El Tayeb condemned Atheism as a disease spreading among young people. He said, “Atheism is the deviation from the right to falsehood, from sanity to insanity and from integrity to deception and from religions to heresy, infidelity and materialism”.

The modern Islamic interpretations, regardless of what they might be, are mediated by state religious institutions and Islamic clerics. These interpretations focus more on conservative traditions in an authoritarian political landscape, in which socio-political exclusion is commonplace. That means the delineation of Islamic interpretations towards Atheists is primarily a product of conservative traditions and a power alliance between authoritarian regimes and religious institutions. Both parties of this power alliance prefer conformity to diversity.

The Islamic narratives against Atheists in authoritarian states can be divided into three main streams. Although these three streams are increasingly competing, they are consistent on the subject of unbelievers.

The first narrative is disseminated by state-affiliated religious institutions. These narratives focus on the elimination of any rivalry to state power, such as the elimination of leftist or communist parties that have been labelled as Atheist since the independence of these countries from colonialism in the 1940s and 1950s. 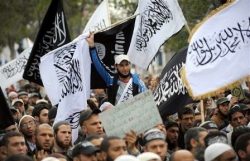 The second is the fundamentalist interpretation of Islam, also known as Salafism, which attempts to uphold and preserve ultra conservative traditions. This narrative constitutes the ultra conservative social code of conduct, especially in relation to their own communities and families.

In recent decades, state-affiliated religious institutions in authoritarian predominantly Muslim countries have managed to take legal action against Atheists. Laws against blasphemy (insulting a deity or something holy) and apostasy (voluntary and public renouncement of Islam) are common in these countries. Although the concept of apostasy has come from the Christian tradition, especially the Roman Catholic Church, it is now being used more often under Islam.

“If there were no apostasy laws in Islam [i.e. no laws that mandate death if someone had left religion], Islam would not exist today”, said 1, a very well known Egyptian Islamist preacher in 2013. This is an extraordinary statement by a Muslim cleric that brings to the forefront how atheism is perceived as a threat in modern Islamic interpretations.

As far as blasphemy laws are concerned, not only are Atheists in the spotlight, but also Muslims yearning for a change outside the framework of the permitted religious, social and political conformity of the authoritarian state.

According to a 2014 Pew Research Centre report, laws restricting apostasy and blasphemy are most common in the Middle East and North Africa, where 18 of the region’s 20 countries (90%) criminalise blasphemy and 14 (70%) of these countries criminalise apostasy. 2 The legal punishments for such transgressions vary from fines to death. Indeed, in ultra conservative countries such as Saudi Arabia, atheists are legally considered terrorists.

In most of these countries, it is legally permissible to only choose one of the monotheistic religions – Judaism, Christianity and Islam. If we turn this statement the other way round, it is safe to say that not all those registered as Muslims are actually Muslims.

Atheism remains a taboo subject, often unspoken of or regarded as something harmful to Muslim dominated societies. Intolerance towards disbelief is a common denominator among the three monotheistic religions. Nevertheless, Atheism remains outstandingly a taboo in non-democratic Muslim majority countries. While Islam is strongly predicated on the sovereignty of God, Atheism becomes one of the most abhorred taboos amongst many Muslims. In other words, there is a stigma against atheists among Muslims in general. This stigma reaches its peak when an atheist was born to a Muslim family i.e. an Atheist who happened to be an ex-Muslim as well.

By and large, there are two categories of atheists in the modern Islamic narratives: The first category is Atheists born to non-Muslim parents and the second one is Atheists born to Muslim parents. While Islamic interpretations do not primarily focus on the first category, they obsessively do on the second. The reason is that those who break off of their religion are then perceived as a threat and a direct attack against what can be termed the Muslim identity, let alone the literalist apostasy laws against ex-Muslims.

Lack of a Counter-Narrative

Understandably, the words “Atheist” and “ex-Muslim” are not synonymous to the term “liberal democrat”. There is still a lack of a balanced communication strategy of ex-Muslim atheists to construct their counter-narratives. 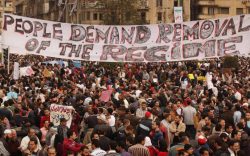 Indeed, there is a more non-liberal narrative against Muslims amongst atheists on social media outlets that qualifies to be described as radical. For instance, after the Arab uprisings in 2011 when atheist voices started spreading all over the social media to openly declare their Atheism, radical Atheists, or what someone might call radical ex-Muslims, have become increasingly vocal as well. Many of these social media atheists have turned to discriminatory polemics to offend Muslims.

This trend, which is, based on my observations, a by-product of a bitter reaction to feelings of being deceived due to previous religious indoctrination, has led to a further demonisation of Atheists on two levels.

First, according to the three narratives explained above, there are radical Atheists, who have increasingly embraced a toxic form of anti-Muslim bigotry masquerading as rational atheism. This offers a proof for fundamentalists that atheism is indeed extremism, which makes atheists susceptible to socially justified exclusion.

Second, according to the three narratives explained above, atheism is absolutely forbidden in Islam, which makes atheists susceptible to a religiously justified oppression and persecution. Although it remains debatable amongst Muslims whether these practices of social exclusion of Atheists find a solid foundation in the Islamic religion.