The Politics of Heroes: the Depoliticisation of Martin Luther King Day

Many mainstream news services today choose to value unity over genuine critiques of society. Matthew Dale examines how the memory of Dr. Martin Luther King Jr. is depoliticised in much of today’s rhetoric and why we should instead maintain his powerful political memory. 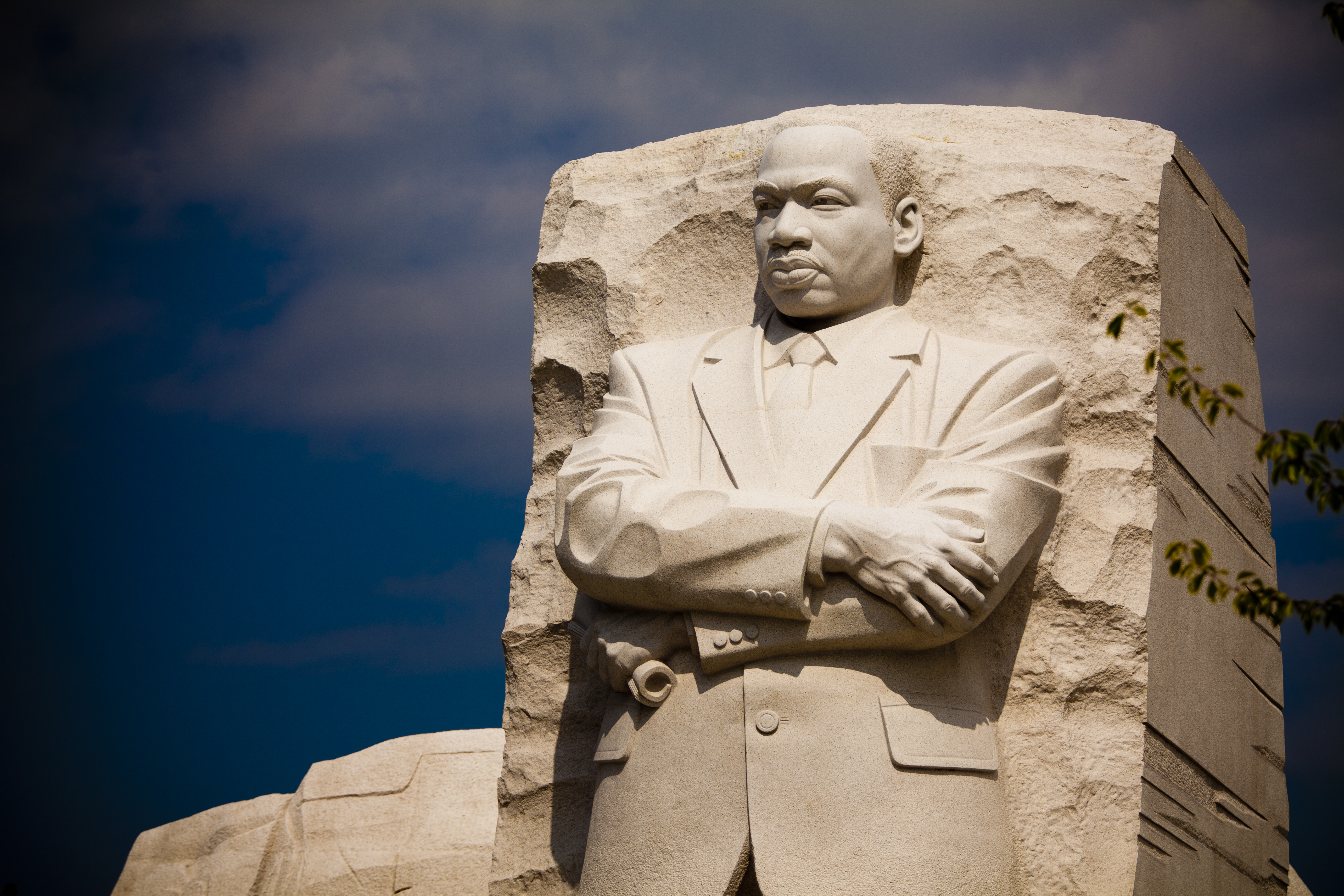 We’ve just celebrated Martin Luther King Day, and Fox News chose to start the morning by publishing an article entitled “Please stop politicizing Martin Luther King Day. It’s a day for national unity, not political division”. The problem with this article is that it’s wrong. It isn’t even necessary to read and interrogate the thorns of this article; the title alone swiftly indicts the article of two fundamental flaws in its premise. First, it attempts to depoliticise Martin Luther King – a man whose entire legacy was predicated on changing the political system for the emancipation of the African-Americans. Second, it wrongly frames the national unity of an oppressive social system as sacrosanct, ignoring political divisions inherent in a society which – whether implicit or explicit – is racist. And it’s these assumptions which drive the dereliction of the article. 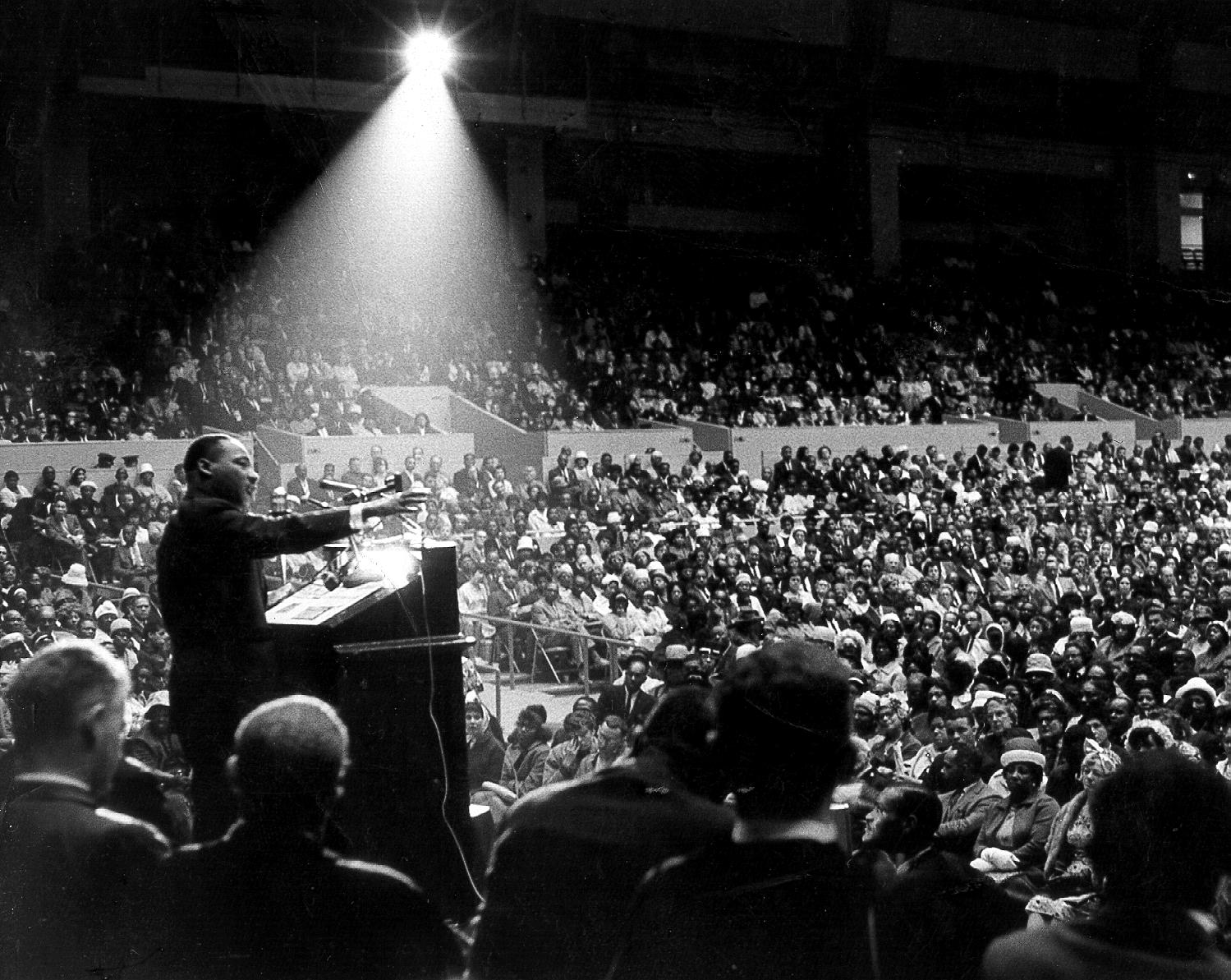 Martin Luther King Jr should not be depoliticised George Conklin

The article offers criticisms of other articles that look at modern applications of his legacy. The writer bemoans the New Yorker’s insistence “on making it about politics”, as well as the focus on Trump’s racism. How could they focus on the politics of social justice, and how racism has seeped its way into the political zeitgeist and institutions of the USA? King didn’t stoop so low as to make issues about race political. Aside from being involved in protesting Jim Crow laws in the Albany Movement and the Birmingham campaign, and marching from Selma to Montgomery to end voting suppression, I’m sure Dr King had non-political motivations. Meeting with Lyndon Johnson, and going to the Oval Office to attend the signing of the Civil Rights Acts further exemplifies his disinterest in political change.

The most egregious form of this criticism is the author’s analysis of the CNN article “Three ways MLK speaks to our time”. It’s a conspicuously short paragraph without direct reference to the article, merely saying it “somehow devolved into an argument for climate change and democratic socialism”. The framing of the CNN article by the author is clear – it’s a puff piece designed to shoehorn King into modern politics. But reading the CNN article demonstrates how misleading this is. The article interviews an academic who discusses how his activism extended to environmental justice, universal healthcare and education, and wealth distribution based on his speeches and writings. It didn’t “somehow devolve” into these issues as King explicitly tackled these issues. CNN called him a “democratic socialist” because historians do. It’s pointless to speculate whether this was intentionally disingenuous or ideologically dissonant but, intention aside, it reveals just how hollow this criticism is. If Dr King’s activism wasn’t political, then what was it?

This line of thought becomes dangerous when it’s used to support oppression and discrimination. The article references a quote in From Strength to Love, where he writes “only through an inner spiritual transformation do we gain the strength to fight vigorously the evils of the world in a humble and loving spirit”. The quote looks out of place, until you consider what it implies. Structurally, the quote immediately follows from the author’s critique of articles which supposedly shoehorned in erroneous modern political analogies about racism to generate conflict. This implies these criticisms can’t be sincere, and reveals an irrational hatred and desire for division. However this is a red herring, as it ignores how King held these beliefs whilst fighting for civil rights and later engaging in a range of political issues. The two aren’t mutually exclusive. The whole point of King’s form of activism was to distinguish between oppressive systems and attitudes, and the people who believe in these institutions. That was the point of his nonviolent resistance – change the system without harming people or engaging in violence.

Martin Luther King may have written about love, but he also said, “a man dies when he refuses to stand up for justice” and scathed at what he called “white moderates” in his Letter From a Birmingham Jail. He writes that “I have almost reached the regrettable conclusion that the Negro’s great stumbling block in his stride toward freedom is […] the white moderate, who is more devoted to “order” than to justice; who prefers a negative peace which is the absence of tension to a positive peace which is the presence of justice”. The article falls straight into the moderate trap, as it decries the “vicious nature of our political discourse”. This is a common deflection tactic used to move the goalposts and stifle debate about racial issues – never mind the issues that Black Lives Matter raises like incarceration, police brutality, and the lack of accountability of the justice system in racial issues. Some activists got a bit violent on the TV, so, they’re a terrorist organisation who aren’t worth your time, you can go back to your unwitting awareness about racism. 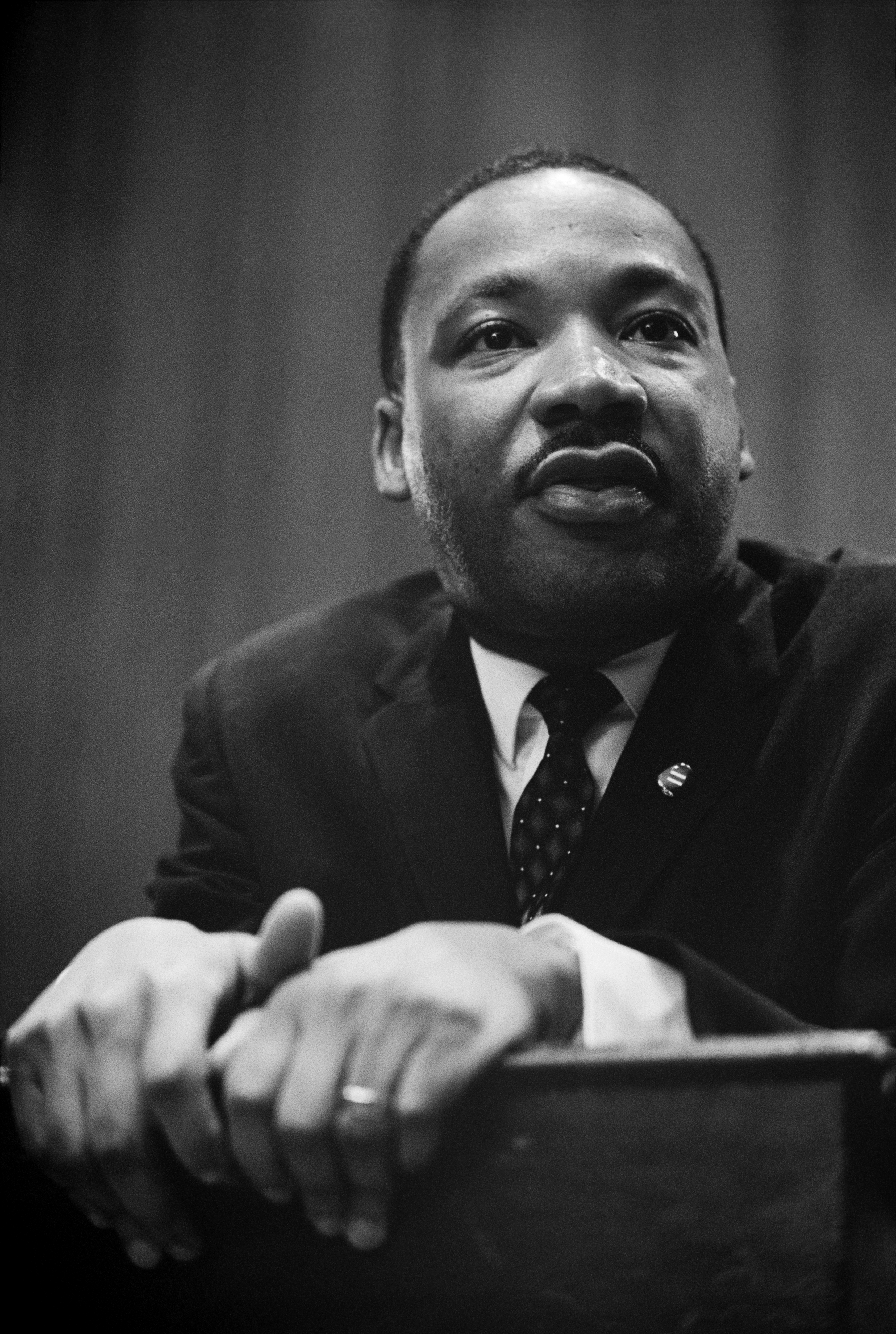 Finally, it’s worth noting that a minority group engaging in activism isn’t inherently an agitator, merely by discussing or tackling these issues. The author quotes King saying “hate cannot drive out hate, only love can do that”, seemingly framing attempts to explore the political legacy of King through modern socio-political movements as hateful. It’s a common retort when the fight against discrimination gets combative, but it’s misleading to say that’s the fault of the oppressed. When you bemoan the “vicious nature” of racial politics, that doesn’t begin with the attitudes of the oppressed group but with the oppressors. In case you think I’m besmirching King’s name with this line of reasoning, I’ll defer you to King himself who said “it is important for the liberal to see that the oppressed person who agitates for his rights is not the creator of tension. He merely brings out the hidden tension already alive”.

At the core of this argument is the insistence on depoliticising Dr. King, his achievements, and his legacy; even the section devoted to being more loving and making discourse less vicious does so under the assumption that politicisation has unnecessarily caused this. To explore political ramifications muddies the water, and distorts the original idea. This is a criticism levied not just at discussion of racism, or social justice. Climate change deniers often decry how the ‘politicisation of science’ has been facilitated by the science of climate change, with Al Gore being the poster boy for this political movement.

The scientific consensus tells us that climate change is real, and as attempts to directly argue against the science became more farcical, it becomes more common to argue climate change is a political virus in the apolitical institution of science which must be depoliticised. This leads to a lack of exploration of the political ramifications of climate change, which is incredibly naive. The changes to climate will threaten food security, human health, human habitation – these are real issues which political institutions will face. And it’s necessary to use politics to enact changes to mitigate and prevent these threats – governments will need to be involved in building flood defences, changing our energy infrastructure, and growing food in a new climate. To say one wants to depoliticise the issue amounts to ignoring inconvenient truths. Just as climate change deniers want us to ignore these ramifications, the Fox article implores us to ignore modern applications of Dr. King’s civil rights campaigning by ignoring racism in areas like incarceration and employment.

It isn’t disingenuous or reductive to explore political implications of an idea – it’s useful and necessary. One can be right or wrong in the direction of exploration, but there’s nothing inherently wrong with the premise of politicisation. King’s legacy was changing the politics of his era to reach his goals. Perhaps we should learn from this, and not be afraid to use politics to make necessary changes to society.