The Dark Side behind a ‘Successful’ Egyptian Marriage: Marital Laws & Sexism in Egypt 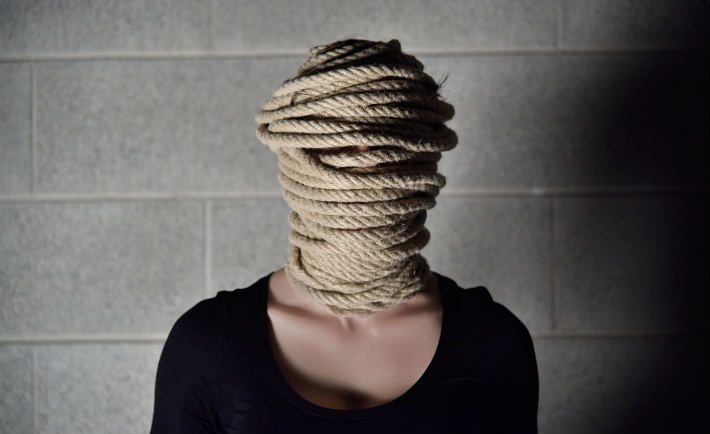 The Guardian published an article in May earlier this year entitled, Majority of men in Middle East survey believe a woman’s place is in the home. The article explains a study carried out in the Middle East and North Africa showing that sexist attitudes and notions still prevail in those parts of the world[1]. Rana Younis an Egyptian second year Warwick law student, has conducted research confirming the survey’s truth.

In a 2013 survey, the Thomson Reuters Foundation ranked Egypt as the worst of 22 Arab states with regards to women’s rights[2]. Rana lived almost all her life in Egypt, she became acquainted with the every-day struggles of enduring the patriarchy and its hurtful sexist stereotypes, unable to speak up. Now living abroad, Rana clings on to certain privileges she did not have access to before, she does not hesitate to exercise her fundamental human right of freedom of expression and speech.

This summer she completed a research project as part of the Undergraduate Research Support Scheme (URSS) and was approached by the Globalist. She focused on Egyptian marriage law, and concluded society’s unwritten rules are not the sole force normalizing sexism in Egypt. Egyptian law – in-part – heavily-influenced by Sharia law is the primary driving force overlooking women’s fundamental rights.

Marriage in Egyptian society is an important ritual. It is ‘undesirable’ for a woman to be left unmarried; she is deemed ‘unaccomplished’ until married to a man and bearing his children. The Egyptian Civil Code – which is incompatible with “the right to marry” found under Article 16 of the UN declaration of human rights[3] – limits the woman’s ability to freely enter marriage, she would need permission from a wali (a male guardian), who exerts a big influence over her decisions[4].

Due to the woman’s subordinate status in the family women are excluded from marriage contract negotiations. The current law – by default – allows Muslim men to divorce their wives without having to resort to legal justification or consult the courts, this process is known as isma. However, in order for women to have the same right a clause must be clearly negotiated into existence under the contract. If this term is not included in the contract, the woman has no right to ask for isma.

Tragically, Rana added, many Egyptian families will not ask for this condition to be included so as to make marriage more enticing for the man. Men can also insist on clauses being added to the contract, such as denying a wife’s right to education, employment and even specifying a time for the bearing of the first child.

As part of her research, Rana interviewed a woman who wished to remain anonymous. We’ll call her Mariam. Mariam provided valuable insight on the strenuous process of obtaining a divorce in Egypt.

Mariam was married to an abusive drug dealer. She tried preserving the marriage for her son’s sake, but a few years into it, cohabitation with her husband was no longer viable. She asked for a divorce, which the husband refused. Her marriage contract did not grant her the right to ask for a divorce under isma.

When women want to file for divorce by consulting the Egyptian courts, they have two options:

The first is tatliq: a fault-based divorce.
This process is long and tricky. Mariam will need to prove that it was impossible to continue living with her husband by providing evidence and witnesses testifying that Mariam was subject to “injury” (darar). Injury includes a variety of forms of physical and mental harm[5]. The burden of proving ‘injury’ thus lies on the Mariam’s shoulders.  And to add insult to injury, a woman’s testimony in court is worth half that of a man[6]. This means that Mariam would either need testimonies from two men or four women. Egyptian Organization for Women’s Rights told Human Rights Watch “most cases fail because of a lack of witnesses.”[7]

The second option is khulahas: a no-fault divorce.
This legal principle signed by President Mubarak on January 29th, 2000, is based on the relevant Qur’anic verse (Surah 2: 229): “[on divorce] there shall be no sin upon either of them if the wife gives something up to her husband in exchange for her freedom”. Khualahas grants women the right to divorce without having to provide any evidence of harm. However, women must abandon considerable financial rights in return for this ‘freedom’. When entering a marriage, a groom must pay the bride a portion of dowry, muqaddam, and the rest of it is paid upon their divorce or his death- mu’akhar. In khulahas, a woman has to forfeit her claim to the alimony/mu’akhar her husband owes her.

Mariam’s struggle to divorce through tatliq lasted 3 years and was unsuccessful. She could not afford to go through khulahas as she did not have the financial means to care for both herself and her son without her husband’s alimony. In the end, she had to resort to khulahas, as her domestic situation worsened. She thankfully had  friends prepared to support her financially. Her own family refused to assist due to the stigmata bestowed on divorced women in Egyptian society.

So where is Mariam today? Is she a liberated woman? Sadly… she is far from it. She has recently remarried to appease her parents and uncles. Rana reassured the Globalist that Mariam is at least much happier now and does not regret going through khulahas from her first husband.

It took 15 years for the law of khulahas to pass.
While it has allowed women more flexibility and choice when it comes to divorcing their husbands, there remain considerable inequalities in the divorce process.

Khulahas, as revealed by the Human Rights Watch, is limited to women who are financially independent or in desperate need to escape an oppressive marriage[8], as can be seen in Mariam’s case.

Mariam’s story is sad and troubling, but she considers herself lucky to have escaped her marriage in the end. Rana explained that Mariam’s case is not the first and certainly not the last of its kind, “situations like these are far too commonplace in Egypt, many women will never be able to escape an unhappy or unsafe marriage”.

The matrimonial crisis in Egypt is the product of the clash between powers, fundamental human rights and the heavily Sharia-influenced Egyptian laws.

Which power must take precedence? Maybe it is about time for the current laws to be radically reinterpreted, or completely scrapped. Unfortunately, until this happens, it will continue to be an uphill battle for many women against the cruel, power-based patriarchy.

Rana Younis writes for the Globalist for her first time, she has received the University Research Support Scheme (URSS) certificate having done extensive research in the field of Egyptian marital rights .

[1] Lyons, Kate. “Majority of Men in Middle East Survey Believe a Woman’s Place Is in the Home.” The Guardian, Guardian News and Media, 2 May 2017

[3] “Men and women of full age, without any limitation due to race, nationality or religion, have the right to marry and to found a family” (UN General Assembly. (1948). Universal Declaration of Human Rights Article 16(1))

[4] Although Rana focused on the issue of unequal access to divorce, she briefly addressed the issue of women not being able to marry freely without the consent of a male guardian