An end to convenient Conservatism

Perspectives Co-Editor Matilda Smith explores the reason for the failures of the Conservative party in the recent general election. 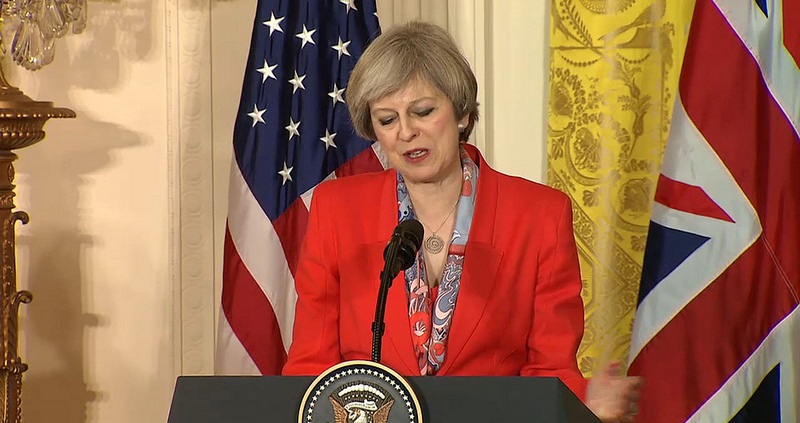 The night of the 8th July 2017 was one of delirious confusion. The winners sat mournfully in defeat while the losers cheered with unchecked satisfaction. The pantomime of the night extended into the exhausted hours of the next morning, littered with intermittent hisses directed at UKIP villains, jeers foisted on Tory fools and applause drenching the heroic Corbyn. But through the avalanches of emotion there were moments of pure insecurity and unease. Even now, months after the election, this feeling has not diminished; if anything it has only deepened. The only definitive and sure mantra that has emerged from across the political spectrum is that ‘May must go’. And with her, the shallow, visionless, convenient conservatism that has defined the Tory party of the 21st Century.

In the last three general elections, the Tories have fought on a platform of catchphrases and taglines. ‘Strong and Stable’, coupled with the ever increasingly ironic ‘Coalition of Chaos’, are but extensions to 2015’s ‘Road to Recovery’ and the slightly less catchy ‘A Britain living within its means’. These slogans are by no means unique to contemporary politics, or to the Conservative party for that matter, however there has never before been such a reliance from the Tory leaders on them. Say what you like about Thatcher (and trust me I usually do) but she was at least capable of holding her own in interviews and when under fire from journalists, mustered enough creativity in her answers to differentiate herself from the soulless marketing captions, which came to represent her campaign. Compare this to the strange self-interviewing tactics that defined Cameron’s media appearances; as he saw fit to ignore the questions being asked and replace them with another set of talking points, presumably pre-prepared at the secret lair of the Tory HQ. These performances were followed by May’s terrified ‘bunny in the headlights’ routines; that is of course when she actually made it to the broadcast rather than sending a lackey stand-in. With these Tory leaders in mind, the meaninglessness of recent conservative politics is stripped bare. 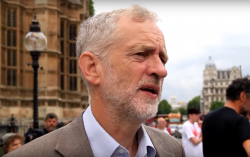 Jeremy Corbyn on the other hand took a different approach. Not every interview went his way of course – I still flinch every time I hear the opening strains of Women’s Hour and he has been faced with many criticisms regarding his associations with Irish terrorists and the disagreements he had with his party’s line on Trident and nuclear disarmament. But these criticisms exist because he had at least, at some point in his career, spoken up and stood for something he believed in. He had been obligated to negotiate and compromise with his party to create a manifesto with some direction and character. Now I don’t know exactly what the process was behind the creation of the Conservative manifesto, my contacts don’t quite reach the inner circle of the Tory Party, but I do know that the eighty-eight page document has as much integrity as Paul Nuttall’s immigration figures. The contents page, filled with hollow nonsense, that I imagine was an attempt to appeal to everyone, ends up meaning nothing to anyone. ‘Five giant challenges’, ‘the World’s great meritocracy’, ‘a restored contract between the generations’; on and on it goes; an apotheosis of the political drivel that has been building up across three election campaigns.

This tactic may have worked for Cameron, twice, but after twelve years the public have finally woken up and smelt the Chablis.  They have realised that a ‘red, white and blue Brexit’ doesn’t actually mean anything. When asked what type of Conservative May is, she replies as her predecessor replied, a ‘One-Nation Tory’. As opposed to all those divided-nation Tories I suppose? The mockery, maiming and meme-ing, that erupted after her ‘fields of wheat’ comment, is but one display of the utter bemusement and amusement the public felt towards the lack of creativity and imagination in their Prime Minister. The pantomime over, there doesn’t seem much enthusiasm for an encore, the electorate are left instead to laugh at the monotone superficiality of Dame May, as she struggles to exit stage right.

I am in no way suggesting that Corbyn’s leadership model is something that should be directly copied and pasted onto another leader. The great celebrations of his ‘victory’ appear to be more of shock at his relative ‘okay-ness’ in comparison to May, rather than any adoration of his great strengths as a leader and campaigner. The fact that the Labour party were still unable to wrestle power from the hands of the weakest and most incompetent Conservative leader since John Major, demonstrates that simply standing for ‘something’ is not enough to win an election. This election has not heralded the age of policy politics, people are still voting for individuals and characters. But, at the very least this election marks the end of the shallow superficiality that has epitomised my generation’s Conservatism.

Quite simply, they do not have the vision to inspire, nor the intelligence or ability to cover up this deficiency. If the party are ever to know majority power again then they must find someone among them with a shred of integrity, with a notion of vision for our country, with an ability to connect to the British people, and with some semblance of individuality and creativity. Or they could just make Boris Johnson leader of the party. Oh God, they’re going to make Boris Johnson the leader of the party.