Human Identity in ‘The Human Document’

Alpana Sajip explores the wider implications of the Mead Gallery’s 2016 exhibition ‘The Human Document’, considering how truthfully photography can reflect the human condition, and how it has continued to evolve from post-Depression America to today’s digital universe 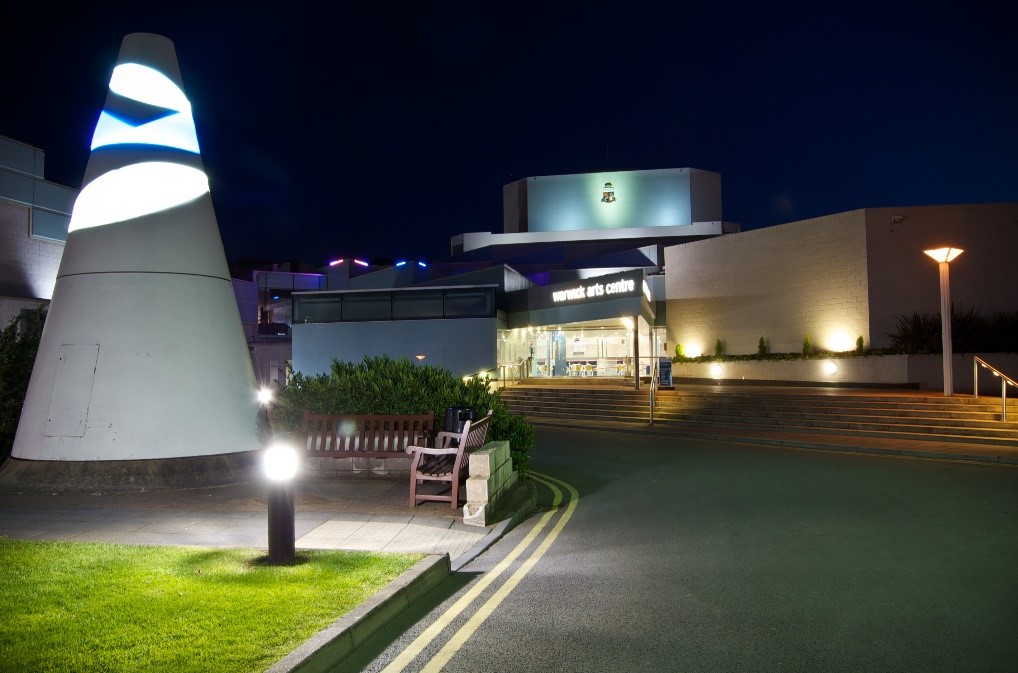 Photographs that “related people to the land and vice versa” – this is what economist Roy Stryker, head of the Historical Section of the Farm Security Administration (FSA), envisioned for the collection that later formed the 1962 MoMA exhibition The Bitter Years. A selection of photos from this (depicting life in rural America during the 1930s) converges with works by contemporary artists to form the Mead Gallery’s latest showcase: The Human Document, a reflection on the human condition through the years and across the world.

1932 saw the defeat of the Republicans in a landslide victory for Democrat Franklin D. Roosevelt’s New Deal coalition, which transformed the Democratic Party into the party of rural working-class America. Heretofore black Americans had largely voted for the Republicans, but by the 1930s the Democrats were the party of the South, where the abolition of slavery had ravaged the foundation of their economy and the Civil War had weakened their social bonds to one another through unemployment. Though essentially racist in its core beliefs, maintaining as it did segregationist policies such as the Poll Tax and Jim Crow laws, the government had the overwhelming support of African-Americans (Roosevelt garnered 71% of the black vote in 1936), as at that time there was no other way than through collective class struggle for marginalised groups to further seek their interests. The Human Document, however, seems to depict working-class America as a uniform entity with unilateral interests, and in doing so essentially undermines the existence of structural racism. For instance, it appears to reduce the economic problems of the African-American working class to the wider public issue of mass unemployment. Furthermore, it merely glances over the very real fact of racially-motivated police brutality, an issue which is still pressingly relevant today. 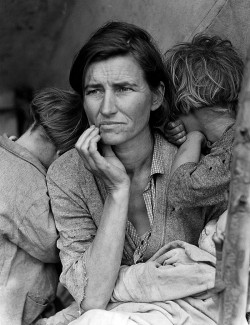 It is true that digitisation has actually caused a reduction in crime and police brutality[1] because the system has become self-policing: surveillance cameras and body-cams worn by police officers act as disciplinary measures for both police and potential victims, since the omnipresence of cameras means people know they are constantly being watched or can be filmed at any time. Yet brutality has become more visible for this very reason, therefore may seem to some as though it has become more prevalent. David Denby in the LRB asserts that the medium of video recording “transforms an excruciating personal disaster, a private moment, into a public and political event”; videos uncomfortably “[link] the act of witnessing to homicide” making the viewer complicit somehow. There is something vaguely perverted about the way we enjoy the aestheticism of violence in commercially artistic form. Nevertheless these videos reveal actual violence to be “abrupt, clumsy, stupid”; we emphatically cannot enjoy them, but can only be filled with complete horror. He asserts that photos “are often said to change ugliness into beauty, but these photographs transform nothing; in their palpably raw state, they are as eloquent morally as they are useful as evidence.” This sentiment cannot be wholly applied to the FSA photos on display, as there exists none of the representation of overt racially-motivated violence, meaning that the collection’s racially-skewed perspective cannot act as a complete representation of human identity at this time.

There is perhaps a slight sense of discomfort that arises from considering the issue of representation. One might question the place of the middle-class FSA photographers and artists to use destitute working-class families as their subjects in a display that was ultimately aimed at the middle-class audiences of middle-class publications. David Whitford’s 2005 article in Fortune magazine dissects reactions to the 1941 book Let Us Now Praise Famous Men, which contains images by FSA photographer Walker Evans. Subjects were left dissatisfied at the way in which they were depicted:

“You were looking at people that were struggling to put food on the table, you know? It was a simple life. They didn’t have anything. Everybody wants something. That’s probably the American dream… They were cast in a light that they couldn’t do any better, that they were doomed, ignorant… Even though I know they were real poor, no doubt about that, but they weren’t ignorant, and they definitely weren’t lazy.”[2]

The attitude of Edward Steichen, curator of the 1962 Bitter Years exhibition, makes this even more jarring: he appeared to relish the “theatricality” of photography and didn’t “distinguish between art and documentation”, exemplifying his tendency to trivialise the experiences of those communities to make thought-provoking art rather than being true to their experience. But where can the line between art and social documentation be drawn? The aim of the FSA file was ostensibly to “introduce America to Americans”, but was Steichen’s aim aligned with this, or did he simply consider “objectification of communities” an unfortunate by-product of creating art? There may be for some a feeling of voyeuristic unease – photography during the 1930s was for the most part a luxury available to the privileged few. New camera technology allowed photographers to work more expediently and affordably, but the same could not even be considered for those poverty-stricken workers whom they were photographing; the uneven playing field potentially renders viewing the exhibition uncomfortable. And yet, I do not believe that these communities have been objectified – perhaps contemporary viewers might have thought them “doomed, ignorant”, but I see only resilience, courage, determination and strength. Ultimately Steichen’s collection, and now The Human Document as a more extended exploration, give a crucial insight into understanding the experiences of some rural workers at that time and therefore into understanding human progress as we know it. 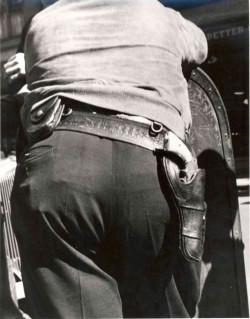 Steichen claimed “it is not the individual pictures, nor the work of individual photographers that makes these pictures so important, but it is the job as a whole as it has been produced by the photographers as a group that makes it such a unique and outstanding achievement” (emphasis mine). The binary of individual versus collective is integral to interpreting the collection. Roosevelt’s attempts to socialise the agricultural system strongly contrasted with his predecessor Hoover’s individualist approach, and this renewed idea of fellowship and amity can be seen in the FSA photos; there exists a common problem, but undoubtedly what also appears common is the presentation of the perseverance that is intrinsic in human nature. One of Lange’s subjects, an old Mexican labourer, said “I have worked all my life and all I have now is my broken body” – yet despite the haggard appearances, the destitute surroundings, these workers remain determined. They say “it’s tough, but life’s tough anyway you take it”. Something about them seems more human than the people in collections by later artists – for me this arises from the focus on faces, particularly eyes, whose expressions range from haunting to defiant. They are united by their common condition; there is an unmistakable feeling of solidarity emanating from these photographs.

By contrast, photographs by Chris Killip and Paul Graham – taken in the late ‘70s and early ‘80s, and reflective of the Thatcherite government’s political restructuring – mark another shift, this time from the collective to the individual. Thatcher famously claimed that there was “no such thing as society”, elucidating her belief that individuals should take responsibility for their own actions instead of blaming or relying on the government. Transformations in the relationship between the state’s responsibilities and individual expectations were her party’s way of eradicating Britain’s ‘benefit culture’, but policies such as taxation on short-term unemployment and abolition of earnings-related supplements had a devastating effect on the country’s working class as well as creating an urban underclass. Thatcher affirmed in her 1993 memoir The Downing Street Years that she “never felt uneasy about praising ‘Victorian values’”, and indeed, Killip’s ‘Youth on wall, Jarrow, Tyneside’ looks almost like a Victorian chimney-sweeper, reflecting a return to the establishment of that age and the ruthless way it treated ‘the undeserving poor’. Killip and Graham clearly distil the isolation and depersonalisation resulting from miscommunication between the broken political system and the people. This homogenised group is paradoxically unified only by each person’s isolation under the common problem of neglect. There is no focus on eyes here; their separate identities are lost.

There is something about the 1930s photographs that makes them revolutionary in their particular historical moment; indeed, if a group were to be commissioned in the modern age to complete a similar project, the effect would not be the same, even diminished somehow. Can photography still be a valid form of social documentation in such an “image-saturated society” as the one we live in today? Do images still hold the same kind of emotive power now as they did before the digitisation of society, or has their power been undermined by the frequency with which social media allows us to access and disseminate them? Eileen Perrier’s collection Mobile Portraits is an apt embodiment of this question: seemingly unassuming pictures taken on an iPhone of everyday people going about their lives cause us to re-evaluate the role of photographer and subject. Almost anyone or anything in the modern age can play either role, and for me the mundane nature of Perrier’s collection highlights the dilution of photography as an art form that has resulted from society’s social media revolution. But this doesn’t necessarily mean that photography can’t still be used for similar purposes as those from the FSA file; I don’t believe that we have been desensitised enough that powerful images of distress and suffering do not still “awaken emotion, outrage, engagement” within us. The ease with which we can access these images coincides with a wider digital revolution that makes it easier for us to actually do something about what we see. The same could not be said, perhaps, of the viewers of the FSA file; it is therefore crucial that we learn from this kind of social documentation in order to prevent more suffering of the kind we see all too often.

Alpana Sajip is a second-year English Literature student at Warwick. She is also the Deputy Arts Editor at The Boar and a member of the executive committee for the Shakespeare Society. She is looking forward to embarking on a year abroad in Berlin in October.