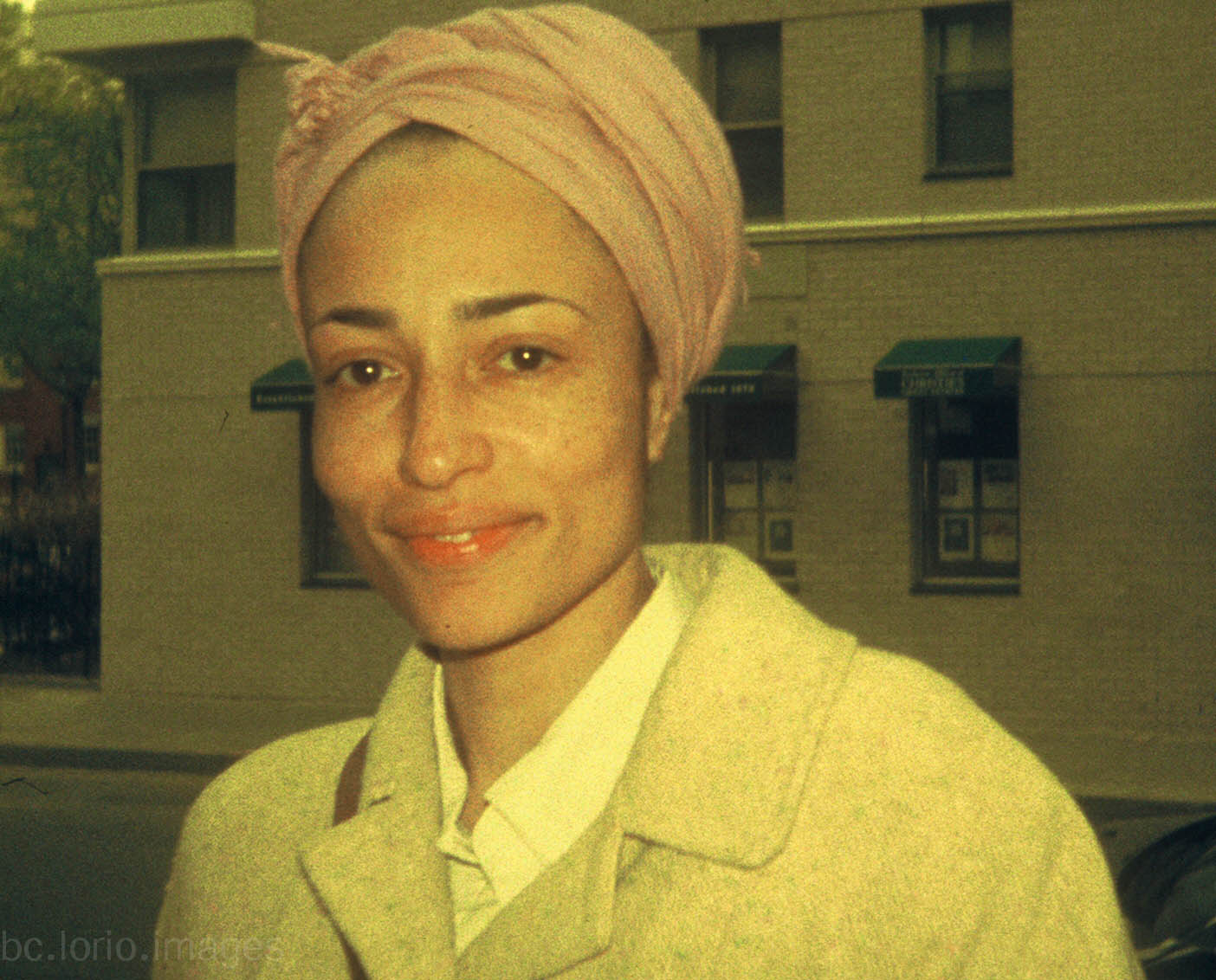 Zadie Smith’s sprawling novel, NW, encapsulates ideas of love, race, class, gender and self-made success. The BBC’s 90-minute adaptation of Smith’s novel explores multi-cultural Britain; shining a light on the nuance of black identity, and celebrating blackness – all the while gripping viewers. Aired during the BBC’s ‘Black and British’ season (November 2016), the programme disrupts the monotony of period dramas which now grace our screens with easy familiarity.

A variety of characters are introduced, opening with the Caribbean Keisha (now self-baptised as Natalie), a successful lawyer who has worked her way up to the top and out of a council estate to a nice house in Queen’s Park. Leah, a charity worker and Natalie’s half-Irish best friend, still reside in the council estate where she and Natalie grew up, and both remain emotionally and socially attached to the complex. Nathan and Felix also feature – the former is an old-school friend of Natalie and Leah’s, now homeless. Felix is a young man unconnected to any of these characters – he is ridding himself of his drug addiction and making pains to create a better life for himself. Whilst these characters may occupy the same postcode; London’s NW, their experiences are as varied as one can imagine. Being Black and British can often be a difficult balancing act – NW perfectly captures this dichotomy.

“The BBC’s 90-minute adaptation of Smith’s novel explores multi-cultural Britain; shining a light on the nuance of black identity, and celebrating blackness”

The adaptation’s nostalgic tone – created via flashbacks and the biting statements of truth Leah hurls at Natalie, that remind her of where she came from – takes us on a journey through the friendship shared by Natalie and Leah. NW uses the council estate as a common focal point for these characters. Despite how much Natalie may have achieved and the apparent failure on the other character’s parts due to the inevitable comparison with her own success, the friendship shared by these two women has formed their identity, and for Natalie, it is a needed reprieve from the façade she must uphold in her daily life. On the surface, she appears fulfilled: her career affords her material desires, and she is married to the affluent Italian-Trinidadian, Franco. It quickly becomes apparent, however, that she is neither fulfilled nor satisfied by her life and enters a self-harming nihilistic pattern of scouring the internet in order to have anonymous sex with strangers.

NW catalogues many prevalent problematic issues for women of colour, such as the sacrifices they make to climb the professional ladder. As Natalie’s mum tells her during a flashback: “You have to work twice as hard as them”, and it is clear Natalie does work hard; she approaches life as “a problem that could be solved by means of professionalization”. Quickly climbing through the ranks, she qualifies as a barrister, focusing on legal-aid work, until it becomes apparent she is losing almost all of her cases. This marks the unravelling of the illusion of upwards-mobility – contemporary Britain is still marred by institutional racism. Natalie’s black mentor thus advises her to shed the legal aid work, telling her that passion is misunderstood when you are black: what is considered legal defence from a floppy-haired Oxbridge graduate, is mistaken for anger in a woman of colour. Natalie’s character is a sympathetic one – the audience realizes they must put her dangerous adultery into context and understand that she is seeking some gratifying thrill outside of the mundane, an escape from the suffocating expectation of perfection.

“NW catalogues many prevalent problematic issues for women of colour, such as the sacrifices they make to climb the professional ladder.” 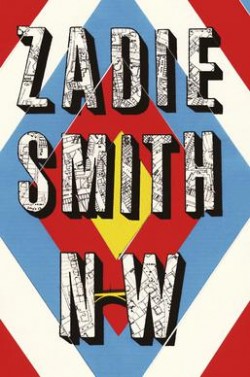 In a drama that concerns itself with the locale of its characters and the drive they possess to escape their situations, Leah is a breath of fresh air – she is defiant in her attachment to the council estate where her and Natalie’s friendship was born. It is this friendship with Leah that is Natalie’s only provision of an honest encounter – someone who knows her and thus allows her to drop her middle-class façade of perfection .There is a underbelly to this friendship however, as Leah understands that Natalie only invites her to the fancy dinner parties attended by Natalie’s successful friends so she can provide some “authenticity”, to validate Natalie’s humble beginnings on a Council Estate. Yet despite this, we are given touching scenes which speak of a more emotionally charged aspect of their friendship as Natalie comforts Leah as she accepts the fact that she wants love and not children yet cannot reconcile this with what she feels her husband wants. It is scenes like this that speak more of the true nature of NW, nothing is simple and more importantly as we see, nothing is ever what it seems on the surface.

This is embodied perhaps most aptly by Nathan a former school friend of Natalie and Leah, who was once scouted by the Queens Park Rangers football club and adored by all the girls at school. His reality is now homelessness, begging on the underground. It’s this shocking spectrum of outcomes which NW explores that successfully raises the question of potential – the fragility of potential for black people. Potential is not being given the opportunity to thrive and even when it seemingly has, as in the case of Natalie, it is sacrificed for happiness and honesty as she is trapped by the ‘perfect’ life she has forged for herself. Most heart-breaking is the flashback we are given of a young Nathan kicking a football about joyously as Natalie and Leah watch on from the secure adolescent safety of their bedroom. The man we are faced with in present day, has no childish delight in his features and it is this reality that we are brought back to as his life is no longer a football game but rather a desperate attempt to stay alive in the unforgiving streets of NW.

It is this theme of wasted potential that is further explored in Felix, for all intents and purposes he is the most personally fulfilled of all of the characters and he is fixing his life, neither particularly affluent or sharing any history with the other characters. Felix’s value lie in his honesty with himself and his official plan to better himself. Suave and with a thirst for life licking at his heels he is certainly the most tragic character in NW, his defence of a pregnant lady on the tube against a gang leader results in him becoming a statistic whose life is left unexplored and a taste of bitterness is left in the viewer’s mouths. It is this that angers us more than anything as Felix is no longer the charismatic young man that we grew to know, but rather another stabbing victim and thus an unexamined case lacking the nuance his character deserves. 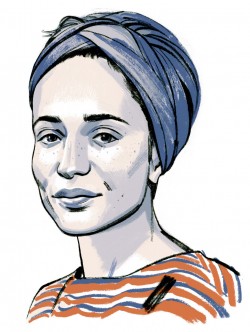 Despite it not pandering to a typical audience in its addressing of issues some would usually avoid, NW represents multi-cultural Britain in a much subtler way. Whilst these characters may not be people you know intimately they are familiar faces that you have come across, even interacted with once or twice, and it is this slight familiarity that draws people into Zadie Smith’s world. Her dedication to the exploration of identity ensures that we see some aspect of ourselves reflected in these characters and her honesty in unpacking the troubles and problems that follow them, will touch even the hardest of hearts. Yet it is the overarching themes of friendship and redemption which drive this adaptation, the characters shared history and memories remind them of a simpler time and of the common humanity that they all share regardless of the trajectory their lives have taken – it is this humanity which lifts the bleak curtain hanging over the adaptation. Despite the bleak honesty employed, it is invaluable in portraying the nuance of lives so often ignored on TV and in return offers us a refreshing take on black and British identity.

Fatima Ali Omar is a first-year English Literature student, and enjoys reading and writing about ethnic minority identities in literature.