The Battle for Kashmir

Marium Rafiq delves into Kashmir’s tumultuous political past and looks at what the future may hold. 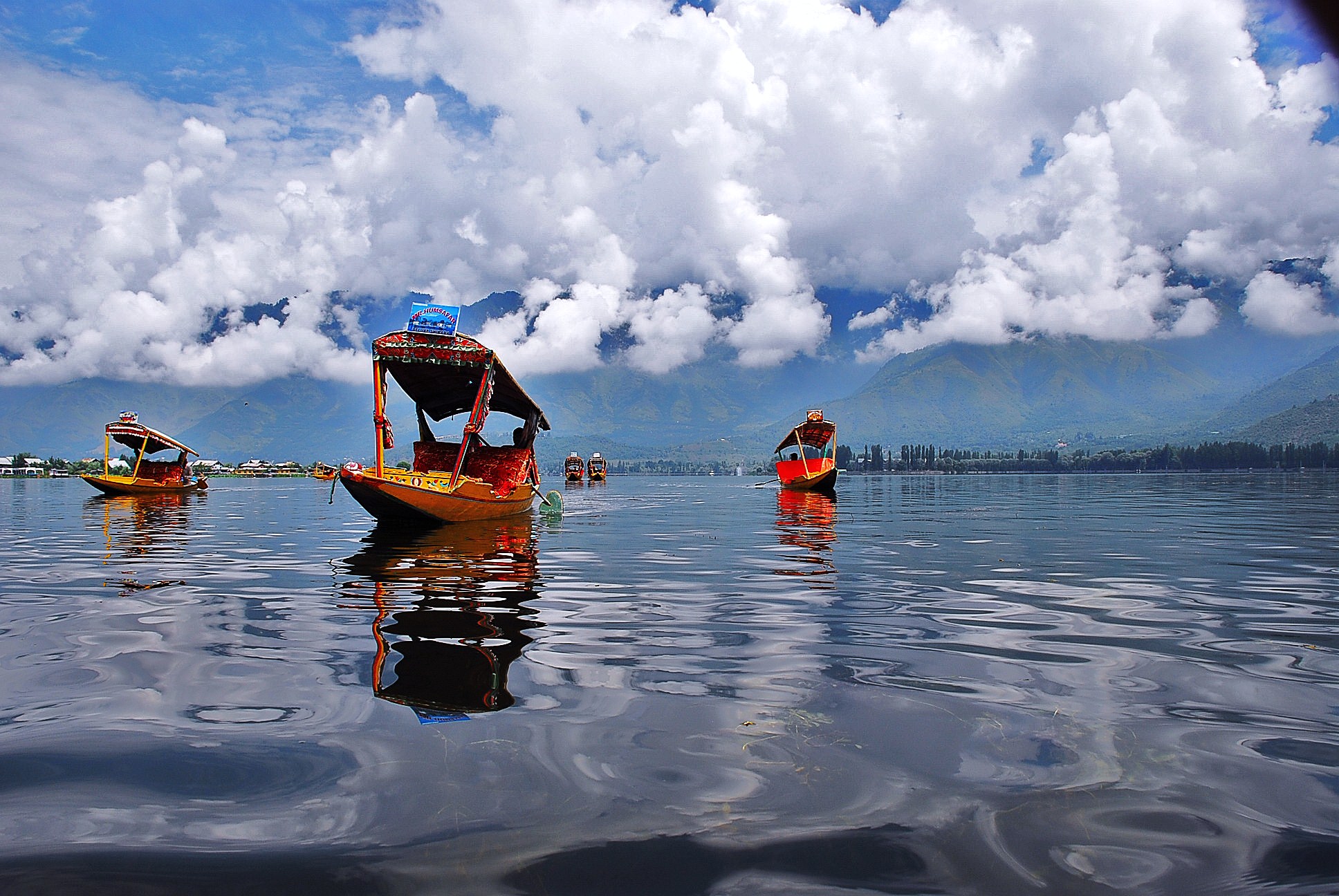 Kashmir, a place so beautiful that it was once described as heaven on earth, is now one of most militarised places in the world. While history has not forgotten the partition of British India, time has not been so kind to the Kashmiri people. 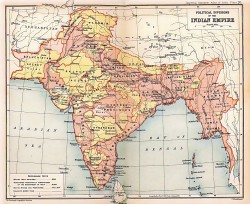 Majority Muslim, but ruled at the time of partition by the Hindu Maharaja, Hari Singh, the princely state of Jammu & Kashmir had to make a choice: to join Hindu majority India, become part of Muslim Pakistan or form their own independent state. The Maharaja favoured the latter, but after an uprising in the west, repeated Pakistani supported incursions across the North Western border and some significant pressure from the British, Kashmir finally acceded to India in October 1947. This sparked a series of protests with ordinary Kashmiris fighting for the democratic right to define their own national identity. While the Janus-head of nationalism continuously strengthened the movement, it also left much dishevelment in its path, caused primarily by the area’s rich ethnic tapestry. For centuries Kashmiri Pandits, also known as Kashmiri Brahmins (upper-caste Hindus) have lived alongside Kashmiri Muslims with smaller populations of Sikhs and Buddhists. Whilst religious conflict has always been a foreboding presence, it has been heightened in both the colonial and postcolonial eras, and these divisions have only weakened Kashmiri integrity. 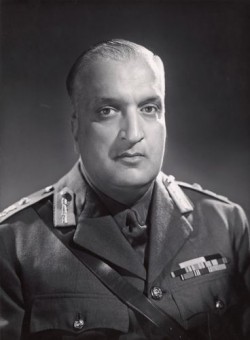 Sir Hari Singh Bahadur, the Maharaja of Jammu and Kashmir in 1947, at the time on Indian Independence: Wikimedia Commons

Today the brutality of the Indian army, as well as that of Islamist militants, has forced many Kashmiris, like my own grandparents, to become refugees. Much of this violence has been concentrated in the Kashmiri Valley. Despite the efforts of peacemakers, mainly the UN Security Council, peace has seemed illusive. All attempts have been met with retaliation from India and Pakistan. In these dangerous, complicated times, one thing is evident: whoever holds Kashmir will be victorious in the South Asian imagination.

1972 Simla Accords
Kashmir has seen a glaring lack of international attention, not least during the 1970s, when India and Pakistan negotiated a bi-lateral treaty. The Simla Agreement primarily focused on normalising relations between the two states in light of the “liberation” of Bangladesh, but also aimed to “put an end to the conflict and confrontation that have hitherto marred relations”, including in The Valley.

It only took a few years before the agreement fell to pieces and war ensued. However the UN Security Council did make several attempts to establish some sort of peace. But like the breakup of Yugoslavia and the dissolution of the Ottoman Empire, policies to ensure peace and unity rarely manifest into something greater than mere ideas.

The Agreement sets the stage for understanding Kashmir’s current predicament. After India emerged victorious in the 1971 war against West Pakistan, “liberating” East Pakistan as Bangladesh, it had acquired a large number of Pakistani prisoners and had established control over Kashmiri regions that were previously under Pakistani administration. The Pakistani Prime Minister, Zulfikar Ali Bhutto initiated negotiations with Indian Prime Minister Indira Gandhi, securing the release of 93,000 Pakistani PoWs. But while the agreement was political gold for Bhutto, who could not survive the political backlash of losing some of his “backyard” to the “enemy”, it left Indians brooding, forever asking as to what they gained other than a promise from Bhutto of accepting the Line of Control (LOC) as the official borderline separating the two Kashmir’s.

International involvement was also present, as the subcontinent was divided along Cold War boundaries with Pakistan in the camp of anti-communist Western forces, and India being supported by the former USSR. These so called proxy wars were expected to be as deadly as those with nuclear weapons. Pakistani and Indian use of nuclear weapons, would have likely catapulted the world into World War Three. However, a brief cease-fire prevented either nation from using force or making threats of violence in relation to Kashmir. This restraint came from external forces; Soviet premier Leonid Brezhnev pressurised Indira Ghandi into reluctantly relinquishing the POWs and territory to Pakistan as laid down in the Simla agreement. While current events have shown such agreements to be ineffective in achieving long-term peace in Kashmir, the political context that gave birth to the Simla accords is a key factor in understanding international involvement in the area. 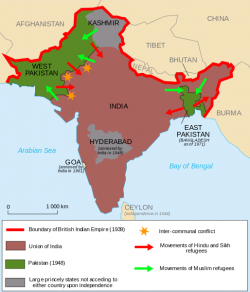 1990 Armed Forces Special Powers Act (AFSPA)
Kashmir was once more in the spotlight in 1990, as India introduced the Armed Forces Special Powers Act (AFSPA). AFSPA had the political backing of many Indian political parties across the political spectrum. The Act allowed military personnel unlimited powers on the ground in territories that were in a state of ‘emergency’. For much of the 1990s this included Kashmir. The Indian government projected democratic protests as terrorist threats in order to consolidate its military hold over the region. Kashmir was now viewed in the public imagination as a crippled state that was succumbing to the anti-Indian, violent rhetoric of Islamist militant protesters.

These events provided the Indian government, as well as the armed forces involved, with the justification to commit horrendous acts of violence. Worse yet, the Act rendered the military absolutely unaccountable for its crimes on Kashmiri soil with no fear of prosecution. AFSPA remains controversial to say the least. However many accept the Indian state’s brutal response as necessary due to the presence of an Islamist, militant separatist insurgency within Kashmir.

Many Islamist terrorist organisations, such as Lashkar-e-Taiba and Jaish-e-Mohammad, operate from Pakistan, with a stated aim of “re-integrating” Kashmir with Pakistan. These groups gained prominence with the deadly attack on the Indian Houses of Parliament in 2001. While Pakistani politicians publicly condoned the attacks, the Pakistani state retains clandestine relations with these groups.

Tensions have fuelled an increase in the number of Kashmiri youths joining militant groups, (from 31 in 2013 to 66 in 2015 according to Kashmiri police records), and have been used by the Indian state to impose a government in Kashmir that closely resembles martial law. Backed by the Pakistani government or not, these militant groups have been successful in their insurgency and destabilisation of Indian administered Kashmir.

Perhaps the rise of militancy within the region derives from the religious factions that encompass Kashmir. While the Kashmiri Pandits were natives long before the introduction of Islam to the region, by 1947 the territory had a Muslim majority with a Hindu King. Terrorists groups such as Harakat-ul-mujahideen recruited Pakistanis, Arabs and Afghans with the intention to cleanse Kashmir of its Hindu population. Such groups manipulated Islamic teachings to gather support. It was during the 1980s when an exodus of Kashmiri Pandits was carried out. Pandit families were forced to flee from the Kashmiri valley, never to return. This further complicates the response of India’s current Hindu government, which is seemingly willing to go to any extent to avenge the treatment of Kashmiri Hindus.

One of the most brutal attacks on Kashmiri Pandits was carried out was by the Jammu and Kashmir Liberation Front (JKLF), a former secular nationalist group that started using violence as an apparatus to gain support. On September 14th 1989 the JKLF murdered Kashmiri Pandit Tika Lal Taploo who was the then leader of the now ruling, Hindu nationalist Bharatiya Janata Party (BJP). Taploo was not only a defender of justice, but also a human rights activist. He stood for a secular Kashmir, one that was not weighed down by belligerent religious ideologies. Taploo was one of many who gave their lives for a united Kashmir, promoting an inclusive nationalism that wasn’t premised on religious nationalism. The harsh reality is that the Kashmiri Pandits have not only lost their homes but are also vilified for their faith, leaving one to question what an independent Kashmir would look like. Such treatment brings us back to the question of using AFSPA. Iraq, Nigeria and Bosnia show us how differing religious ideologies can render a state to a war zone, with the aftermath being either more death or worse; a loss of hope for what could have been. Such is the state of Kashmir.

The departure of Kashmiri Hindus from the region, the lack of any real concern for that community, India’s continuing military assault, and the demonisation of any voice for an independent Kashmir show how the marginalisation of Kashmiris continues today. International pressure to bring peace to the region has slowly diminished in recent years, and unsurprisingly Pakistan and India continue to bicker like two, particularly acrimonious, divorcees. While militant forces and the violence of the Indian army grow exponentially, destroying the future of young Kashmiris. To garner any sort of peace requires Pakistan to crack down on the terrorist organisation operating within its borders and for India to reel in the unfettered power it has given its military. But the future looks bleak as the recent rhetoric from both camps is loaded with nuclear threats, with both sides having already violated the ceasefire.

Nevertheless while news reports continue to report on the devastation carrying on within Kashmir, it is evident that Kashmir has always been, and will always be, the golden chalice of the Indian subcontinent. But beware as it may have the Midas touch.

Marium Rafiq is a second–year Politics and International Studies student. She is the co-head of the social media team at the Warwick Globalist.