Trumpism, or What Comes After the Truth

With the fate of America sealed for the next four years, Finn Halligan examines exactly what the president-elect stands for and why it is so hard to identify. 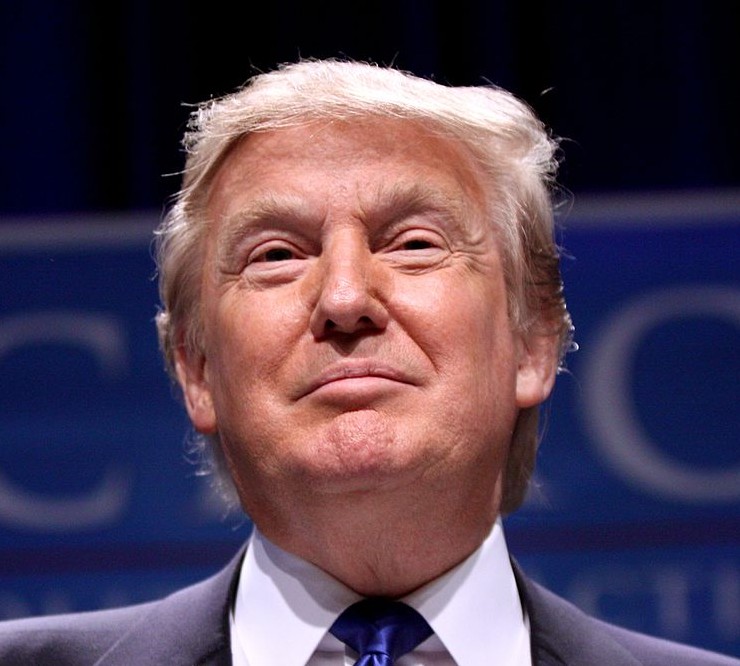 A number of ‘-isms’ have been attached to the president-elect. Nationalism, patriotism, sexism, racism, populism, fascism and even ‘Trumpism’ is becoming increasingly vogue. All of these labels are, to some degree, correct, but none, alone or in combination, describe his ideology perfectly. Trump at times even fails to subscribe to Trumpism. Every time a media outlet or political commentator attempts to pin down his agenda, it scurries across the political spectrum like a rat fleeing floodwaters.

Jack Winchester recently wrote an article for The Warwick Globalist; a thought-provoking piece concerning the way in which one should view the Left-Right spectrum that has been hammered down our throats in history lessons. Any lesson concerning the Russian Revolution in 1917, the Cold War or even the Reagan years will begin with a brief outline of this rope along which all politicians cautiously walk. A quick examination of Winchester’s article will show you exactly how frayed this rope is.

Donald Trump, like so many fascists before him, has pranced up and down the spectrum. Nationalism is an easy starting-point. Trump’s commitment to One Nation Under God is nauseatingly clear. To immediately connect Trump’s nationalism, however, to a neo-liberal agenda – as things like this so often are – would be somewhat misjudged. It is not inaccurate, of course. Trump’s adoration of free trade and the private sector are as pure and incandescent as his love for his daughter. But to solve every problem, to right every wrong and to make America great again, Trump has promised to use every means necessary.

Of course, this is nonsense. In reality, Trump has simply spouted policy after policy to make people happy: populism is his greatest political tool. If you chant loudly enough, with enough passion, a few catchphrases and an easy target to scapegoat, it would seem that you too can become president. Or Fuhrer.

It is a bold comparison to make and not one that should be taken lightly. But in history, we can see the similarity so clearly. For there is one ‘-ism’ that I have failed to mention and that has thus far, in the media’s focus on his nationalism, escaped our attention. That is, socialism. Here is why Trump breathed a sigh of relief following Bernie Sanders’ failure to make the 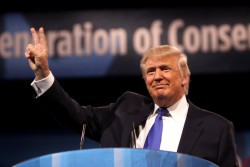 Democratic candidacy. On many policies, the two were the same. Protection of social programs such as Social Security, Medcare and Medicaid, a tax on the super-rich, the Buffett Plan – a tax plan proposed by Obama that would affect individuals making more than one million dollars per year – and a universal healthcare system that would make Sanders blush. Trump has openly declared support for all of these policies. Sanders’ supporters, therefore, swim in the same waters as those of Trump. But when combined with the nationalist agenda that is so widely reported, this socialism is tainted and disfigured. In times of economic despair, history teaches us that the electorate steps outwards along the poles of the spectrum. In Britain, this have manifested in May’s neo-liberalism and Corbyn’s socialism. In Weimar Germany, the clear choice was national socialism.

Let us dispense of the haunting lessons from history for now. We know, therefore, that Trump’s ideology is unclear. The 20th century, however, is over. Perhaps the days of clear agendas, outright commitments to policies and resounding support for ‘-isms’ are behind us. Many are telling us that we live in a ‘post-truth’ society: the electorate has grown tired of these agendas. Behind them are a disconnected polity of intellectual and economic elites with no real understanding of the difficulties of the average Joe or Josephine. What the presidential election teaches us is that many people want the truth. Or at least, their rendition of the truth, which requires neither verification, methodological testing nor evidence. Trump has isolated the issues that affect American “workers” (which, in Trump’s picture of the US, consists exclusively of bare-chested, blue-collared, hard-hat wearing men), he has offered them comfort and safety and, above all, he has offered them a scapegoat.

So what happens when someone with an unclear agenda is elected into a position of power? What happens when that person’s word becomes gospel? Terrifying allusions to European history are already being crafted by writers around the world. But if we are now living in a post-truth society, wholly divorced from the truth by which politics was once allegedly dictated, this comparison is incomplete. For Nazi Germany, the enemy was European powers sapping German prosperity: this was, of course, based on fact. But for Trump, the threat is an imagined one. It is a many-headed hydra built on speculation, fear-mongering and plain lies. Donald Trump has expressed himself as many things: a nationalist, a socialist, a national socialist; a racist, a misogynist, a bigot. But the president-elect is the physical manifestation of post-truth politics. One does not need ideology to lead; one simply needs to speak the most acceptable truth.