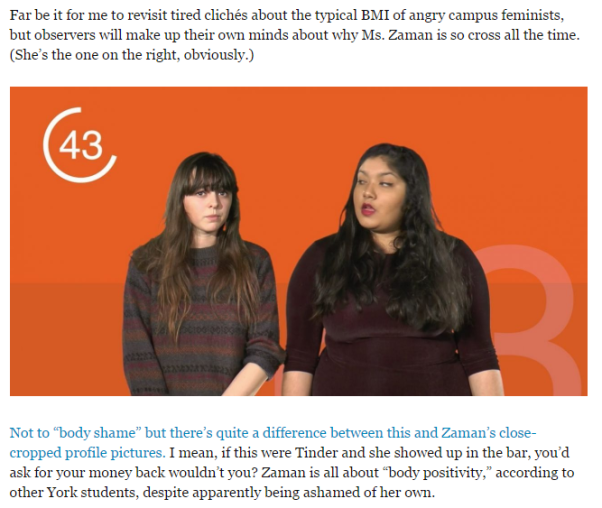 A screenshot of Jack Hadfield's article on Women's Officers from Breitbart.com

After voting opened for the Students’ Union’s autumn elections today, Warwick for Free Education (WFFE) released a statement speaking out against a candidate for the Development Executive.

This “extraordinary intervention” came amidst concerns over the alleged far-right associations of the second-year candidate, Jack Hadfield. Mr Hadfield controversially came out in support for Warwick-student George Lawlor’s stance on consent workshops last year, and is a vocal backer of Donald Trump.

In response to WFFE’s allegation that Mr Hadfield is a Men’s Rights Activist (MRA), he said: “I’m not an MRA. Whilst I sympathise with them, we’d also disagree on some other points.”

According to the Students’ Union’s website, the Development Executive is “responsible for improving on the Union’s Events and Commercial Activities. They will also be responsible for allocating the SU’s Project Fund and Campaigns Fund throughout the year and helping students explore funding beyond the SU.”

WFFE’s intervention was provoked by what the group perceives to be Mr Hadfield’s “poisonous” views on feminism, consent, and women. The group argues that these impact his suitability for a role allocating SU funding to liberation and campaign societies. Mr Hadfield has previously described Hillary Clinton as a “fucking bitch”, and called feminism a “cancer”, in tweets from the candidate’s account uncovered by the group.

Mr Hadfield writes from the online publication Breitbart, which has come under fire for publishing racist and sexist articles in the past. In an article Hadfield penned a year ago, entitled “Campus Crazies”, the second-year politics student pokes fun at various women’s officers across the country, insinuating that their feminist politics are linked to their weight.

WFFE claim that Mr Hadfield attempted to self-define as a woman last year in an attempt to run for Women’s Officer at the SU. An anonymous source in the SU confirmed the story to the Warwick Globalist. The group labelled this attempt “crude”, in its disregard for the importance of gender self-definition, alongside further allegations of supporting homophobia in his retweet of a criticism of #NationalComingOutDay.

In a comment to the Warwick Globalist, Mr Hadfield said: “I am disappointed with the article that Warwick For Free Education has published about my candidacy. Not only does it contain complete falsehoods and misquotes, but it also in my eyes, clearly constitutes negative campaigning, of which there are stringent rules against in this election.

“I am running on a completely non-partisan platform. My individual views on wider world issues have no bearing on what I can bring to the table as a member of the Development Exec. I also have friends from across the political spectrum who have denounced WFFE’s actions.

“The fact that the piece was anonymous astounded me. If anyone wants to debate me on political issues, I encourage them to talk to me face to face, and not hide behind a moniker.

“I have already spoken to the SU, and the Adjudication Committee is expected to make a ruling on the issue this afternoon.”

Additionally, Mr Hadfield highlighted “slanderous comments” by WFFE which he asked to be included in his response. Though WFFE alleged he had deleted tweets which were later uncovered, Mr Hadfield explained: “I didn’t delete my tweets. At one point in the summer I deleted my whole account for personal reasons, aiming to take a Twitter break. I then forgot to reactivate it in time, so all of my previous tweets were deleted and I had to start all over again.” WFFE say that they only described the Tweets as “deleted”, not as deleted by Mr Hadfield.

He also wanted to clarify that his consent class piece stated that “it’s ‘batty, vindictive or remorseful person’, not ‘portion’”, as WFFE quoted him saying. Warwick For Free Education have now corrected this. Alongside this clarification, Mr Hadfield asserted that accusations of his “disdain for minorities” on WFFE’s Facebook were “completely untrue”.

Voting in the elections opened here at 9am today.

UPDATE: An emergency Warwick SU adjudication panel met today to rule on the issue. Because Warwick For Free Education is not a society, they decided that no action could be taken against the group.

Halimah Manan is one of the Perspectives editors for the Warwick Globalist. She is currently in her final year and studies History and Sociology.