A Historian Explains… The Israeli-Palestinian Conflict

In the first of the new ‘A Student Explains…’ series, Finn Halligan provides a historian’s perspective on the Israeli-Palestinian conflict, explaining that nationalism, not ideology, lies at the core of the crisis. 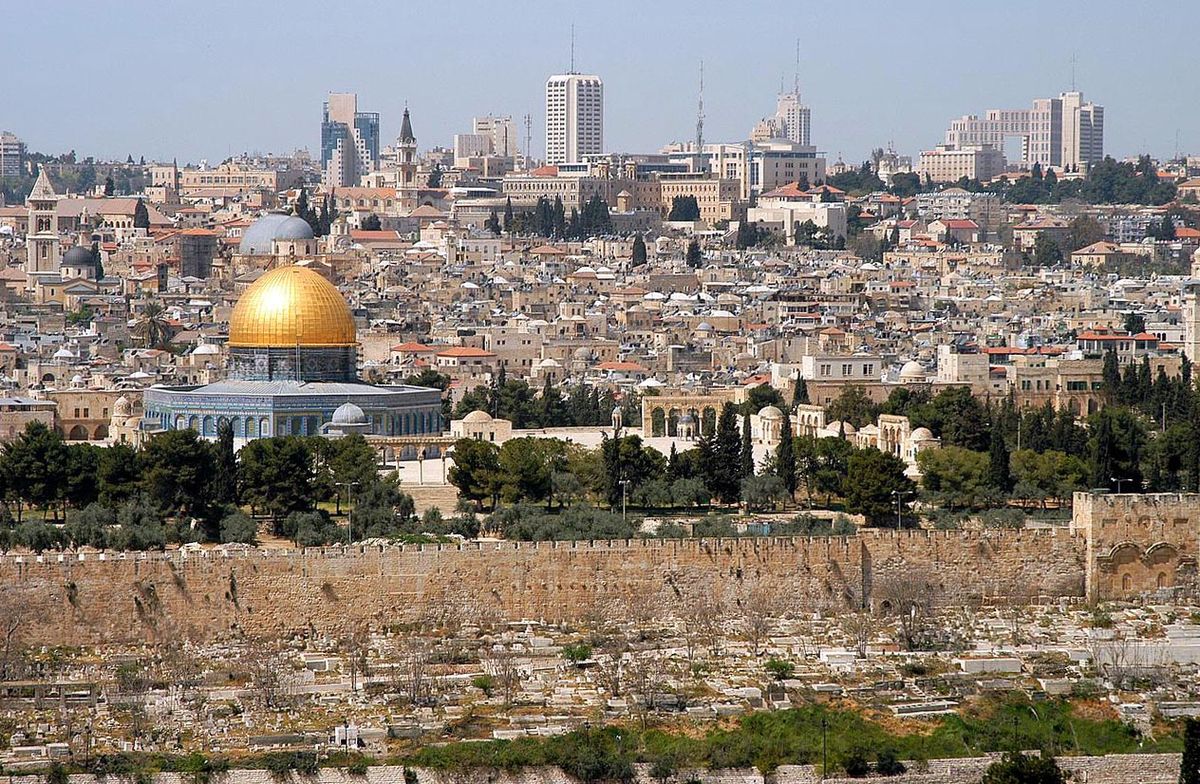 ‘… A desolate country, whose soil is rich enough, but is given over wholly to weeds – a silent, mournful expanse…’1

The conflicting interests of the Israeli and Palestinian states is one of the most significant geopolitical crises of the modern period. It is seen by many as intractable, unsolvable and a problem as old as Islam itself, appealing to a seemingly ancient war between the Jewish and Muslim communities to prove the superiority of one school of thought. This conclusion is – as so many assessments of international crises are – based on an incomplete assessment of historical narratives and on more general assumptions about the nature of religion in the Middle East. Imagining the conflict in the above ways creates in western minds a sense of intractability. It is not an ancient ideological battle between followers of the Holy Qur’an and those of the Torah, or between contrasting visions of spiritual salvation. Rather, the origins can be found in recent history, in the struggle between competing nationalisms following the demise of empires.

Jewish nationalism, more commonly referred to as Zionism, finds its origins towards the end of the nineteenth-century in the wider context of the golden age of nationalism in Europe. Nationalistic narratives sought to unite peoples of common ancestry and characteristics under one sovereign state. By this logic, they were inherently exclusionary and Jews found themselves disqualified from the various developing nationalisms. Zionists therefore sought a home territory; a safe, ethno-religiously exclusive land to escape both the physical and social threats that were weaved into European nationalisms.2 A significant Jewish minority had been present in Palestine for many years, but with the collapse of the Ottoman Empire and the establishment of a British colony in Palestine, international Jews began migrating to the region, purchasing land from absentee landowners and having Palestinian workers evicted from acquired lands. Such exploits, while securing both land and labour for Jewish migrants, naturally heightened tensions between Jewish migrants and Palestinian Arabs.

By 1936, the solution for the British was clear: to establish a joint state, in which Jews and Palestinians could coexist, within ten years. This resolution was an insufficient compromise: Zionists felt that, in the being forced to share the territory, the British were restricting the growth and development of their new homeland. Moreover in the volatile context of central Europe immediately before the Second World War, a restriction of movement was entirely implausible for Jews under threat. Meanwhile, with growing movements for Middle Eastern nationalisms, Palestinian Arabs began to conceive of a Palestinian nation; having to wait ten years for the establishment of such a nation was not an option.

Growing tensions in Palestine erupted in 1936 when Palestinians led a three-year-long revolt against the British Mandate in opposition to mass Jewish migration, an uprising that was brutally crushed by the British, with the help of local Jewish militia. Following the Second World War, the British project in Palestine was abandoned and the growing geopolitical crisis was handed over to the newly-established United Nations in 1947. The UN Partition Plan for Palestine left the region as a peculiar puzzle, roughly split 50:50 between Israel and Palestine. Since the partition, much blood has been shed as Israeli borders has encroached further on Palestinian lands, both by settlement and by military means, consistently failing to recognise the lawful right of the Palestinian nation to exist.

Framing the Israeli-Palestinian conflict as a religious war, therefore, is futile as this approach fails to understand the deeper problems that have existed since the very start of the Zionist movement. When the movement first emerged, Palestine was seen by much of the West as an empty country. Travel books such as The Innocents Abroad painted Palestine as a territory filled with ramshackle settlements and few inhabitants. This false stereotype of Ottoman Palestine legitimised the Zionist claim to the Holy Land and allowed proponents of the movement to lay claim to the ‘land without a people for a people without a land’.3 And while the 1947 Partition Plan recognised both Israel and Palestine as distinct nations, the narrative imposed upon Palestine has been one of separation, inequality and the victimisation of the Jewish community.4 The world insists that Palestine is fairly divided into two equal nations, despite the fact that less than 12 per cent of historic Palestine remains under the control of the state of Palestine. What is absent from the modern narrative of the conflict is both the recognition of human rights and the legitimacy of both the Jewish and Palestinian historic narratives.

Only in consulting the history of competing nationalist narratives can the solution to the conflict be found.